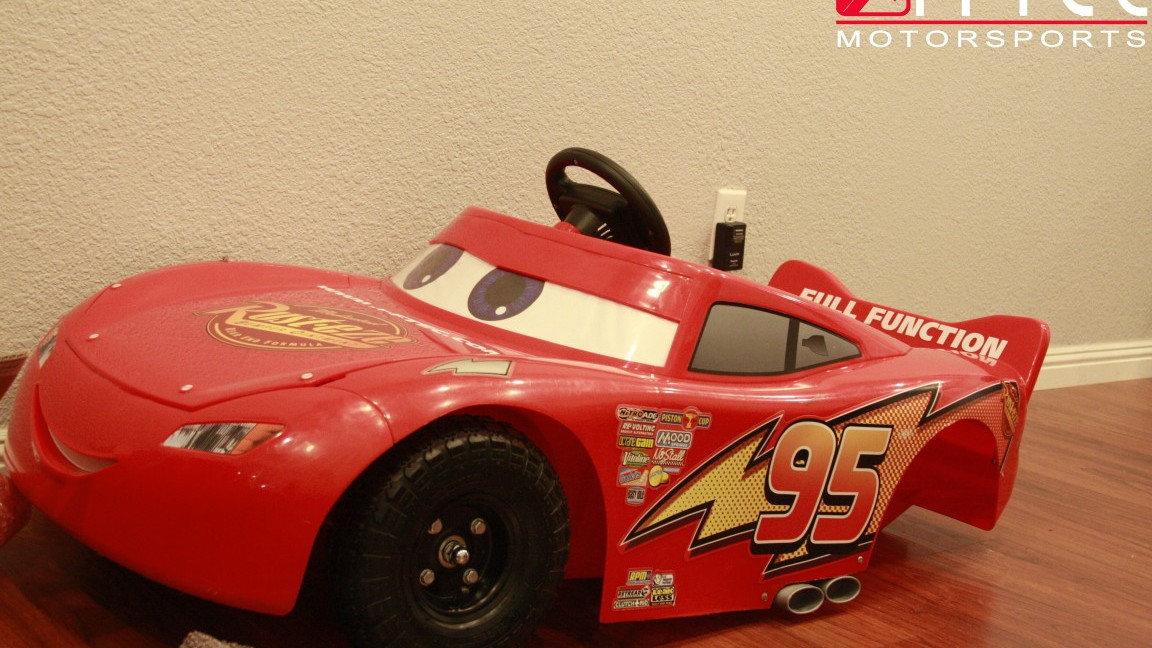 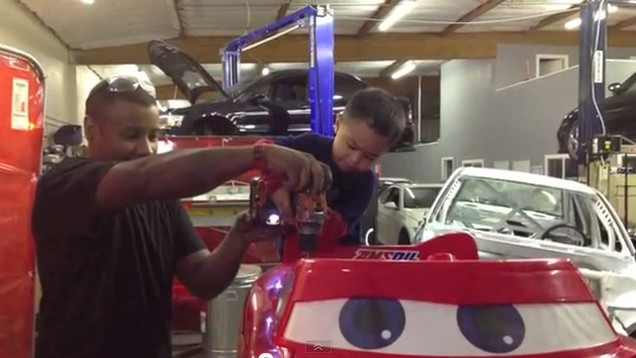 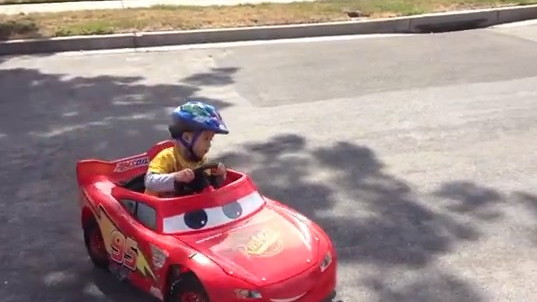 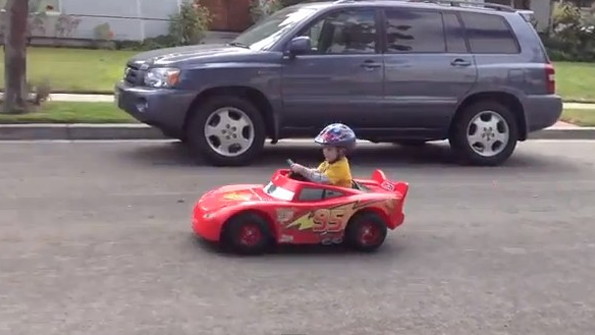 If you’ve got children of a certain age, you’ll know how fond they are of the plastic ride-on electric cars you can buy at any toy store in the U.S.

You’ll also know that as they grow, children quickly tire of the 5mph maximum top speed that most ride-on toys have.

Not so for one five-year-old driver, whose father helped him rebuild his all-electric Lightning McQueen toy car into his very own pint-sized race car.

Founder and co-owner of FFTEC motorsports in Hayward, California, Burgess is more used to tuning race-tuning street-legal drag cars and race cars, but his latest project has to be the most important yet.

Burgess, helped by Evan, stripped the 3-year old Disney toy of its original worn components, and built a custom-aluminum subframe onto which a new motor and control circuitry were bolted.

But Burgess didn’t replace the old motor with one of the same size. Instead, he fitted a powerful 500-watt motor from an electric scooter.

To make sure it could still be stopped by his pre-school son, Burgess added disc brakes and real steel wheels with rubber tires, bolting the original frame on top of the customized car.

As the oh-so-cute video accompanying this particular story testifies, Burgess made sure his son got the full FFTEC treatment, including a trip to the shop’s dynamometer.

The result? A super-fast electric toy car that any aspiring five-year-old race-driver would want.

As any parent will tell you, Evan’s face as he drives his heavily-tuned Lightning McQueen around a dirt track says it all: he has the coolest dad around.

It’s these moments --  both for parent and child -- that money just can’t buy.