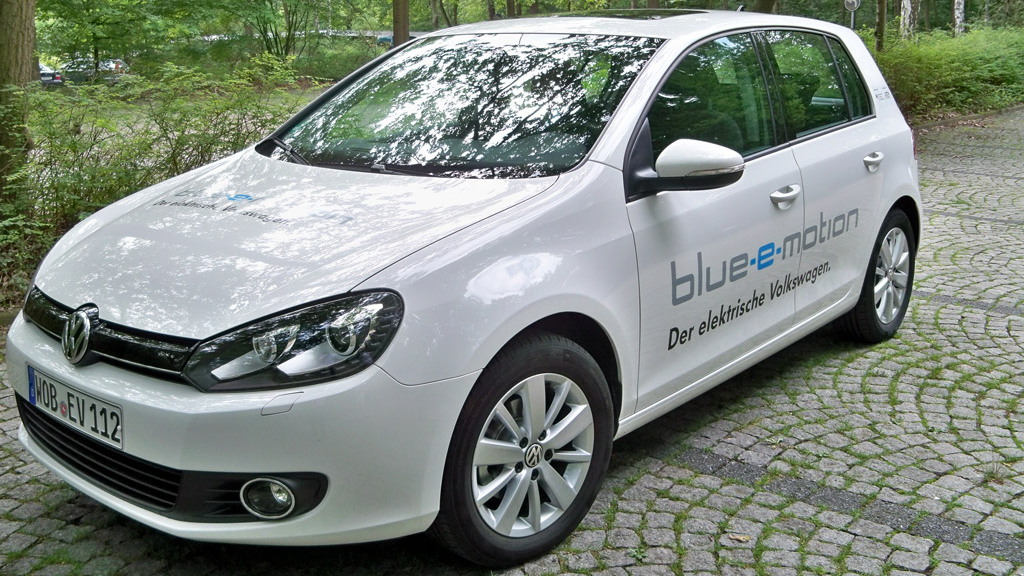 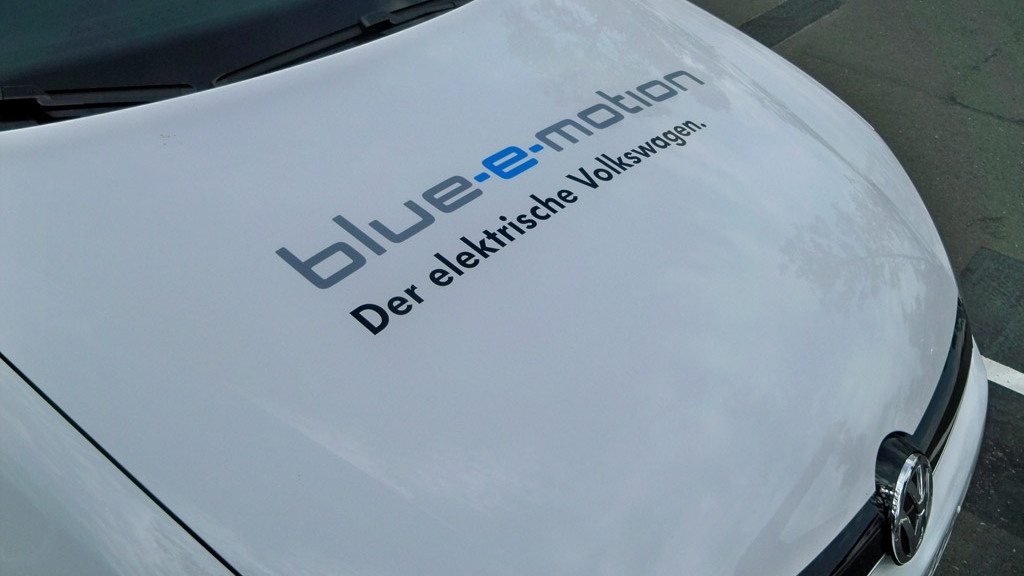 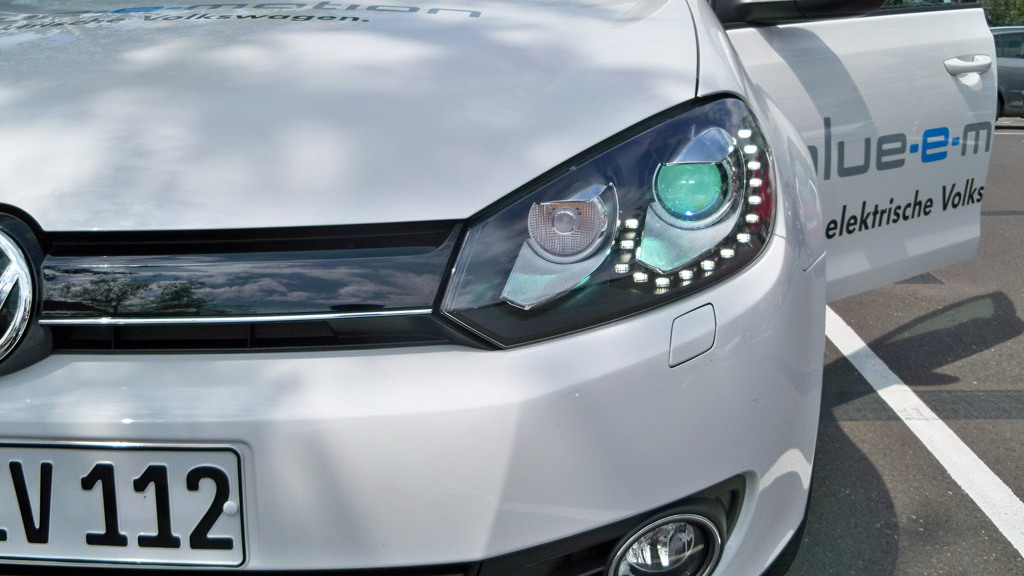 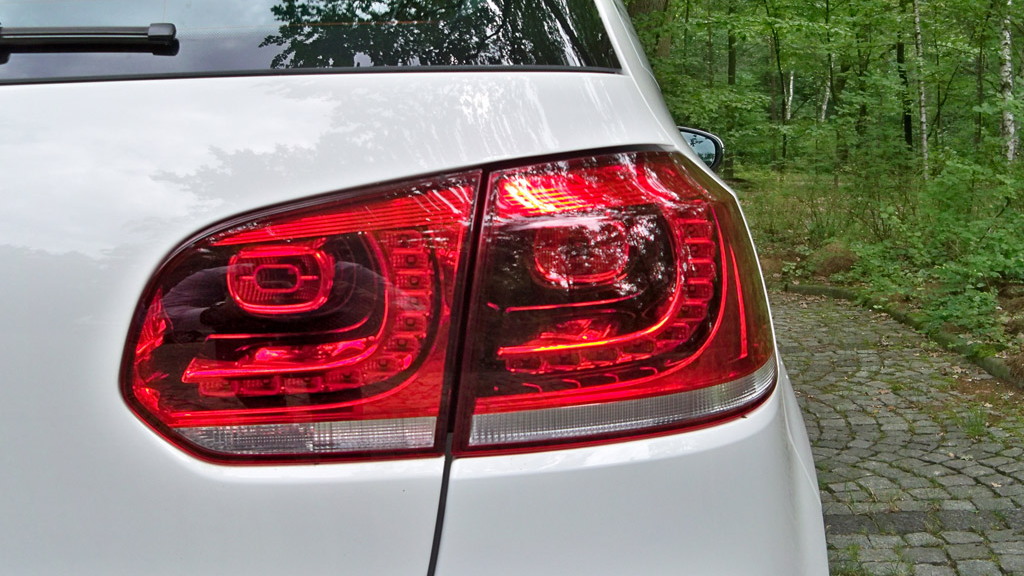 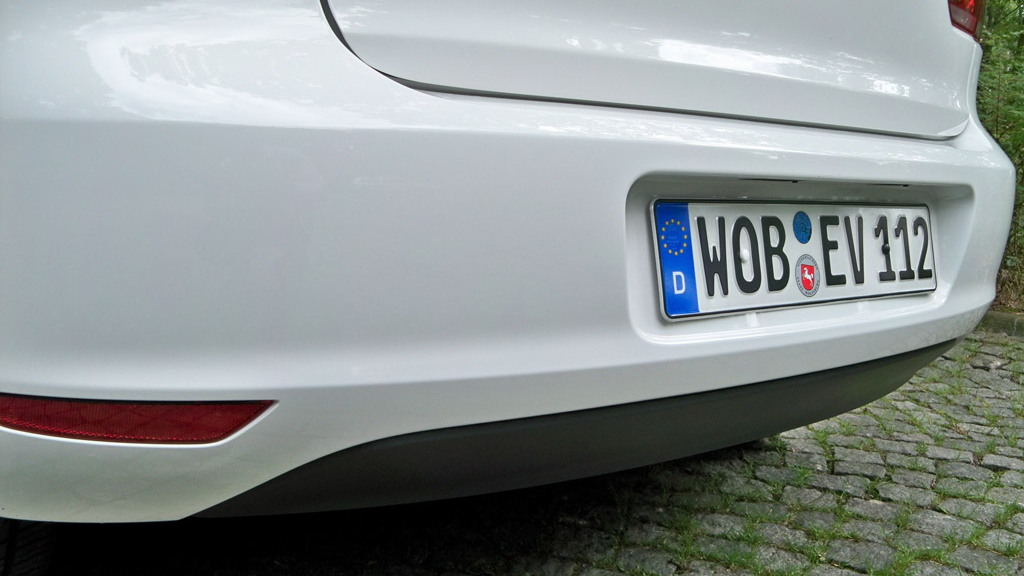 Driving pre-production prototypes of new electric cars is part of life here at GreenCarReports, as it enables us to give you the best possible evaluation of an up-coming new car before it hits the dealer lots.

Recently however, we got a chance to sit behind the wheel again of the Volkswagen Golf Blue-e-motion, a car we’ve been keeping our eyes on for the past few years, but one which will never make it into production.

At least, not in its current state.

Like the BMW ActiveE and its MiniE predecessor, the Volkswagen Golf Blue-e-motion is a limited-run test vehicle that Volkswagen is using as a test-platform to develop future all-electric vehicles.

With a 26.5 kilowatt-hour lithium-ion battery pack and 85 kilowatt motor, the car we drove was identical to the one we drove last year.

Of course, it’s worth noting that that means it was also identical in drivetrain to the Audi A3 e-tron currently being tested in very limited numbers by Audi.

Less aggressive in its acceleration from standstill to some of the cars we’ve driven, we were particularly impressed with Volkswagen’s complex regenerative braking system.

Based around a pair of paddle-shift-style levers on the steering column, the Golf Blue-e-motion allows the driver to easily control the amount of regenerative braking applied on accelerator lift-off.

By easily allowing the driver to select how much regeneration is applied, the VW Golf Blue-e-motion is a delight to drive on mixed roads, allowing coasting where permissible while also recapturing the maximum energy during braking without needing to use the brake pedal.

In fact, the complex regenerative braking controls are the best we’ve seen in any electric car, and highlight the level of work that Volkswagen has put into this prototype, and hopefully future models.

Which brings us neatly to a simple, pointed question: Will Volkswagen bring an all-electric Golf to market?

Sources at Volkswagen told us that current plans are to introduce and all-electric Golf towards the end of 2013 as a 2014 model, based on the soon-to-be-launched Golf MK VII.

As of yet however, VW hasn’t officially confirmed this publicly.

Given the almost production-ready impression we got from the Golf Blue-e-motion, we hope VW does bring its intuitive and innovative braking system to production in a future electric car.

For now however, we’ll have to wait to see if that really happens, or if we’re just looking at yet another potential compliance car.