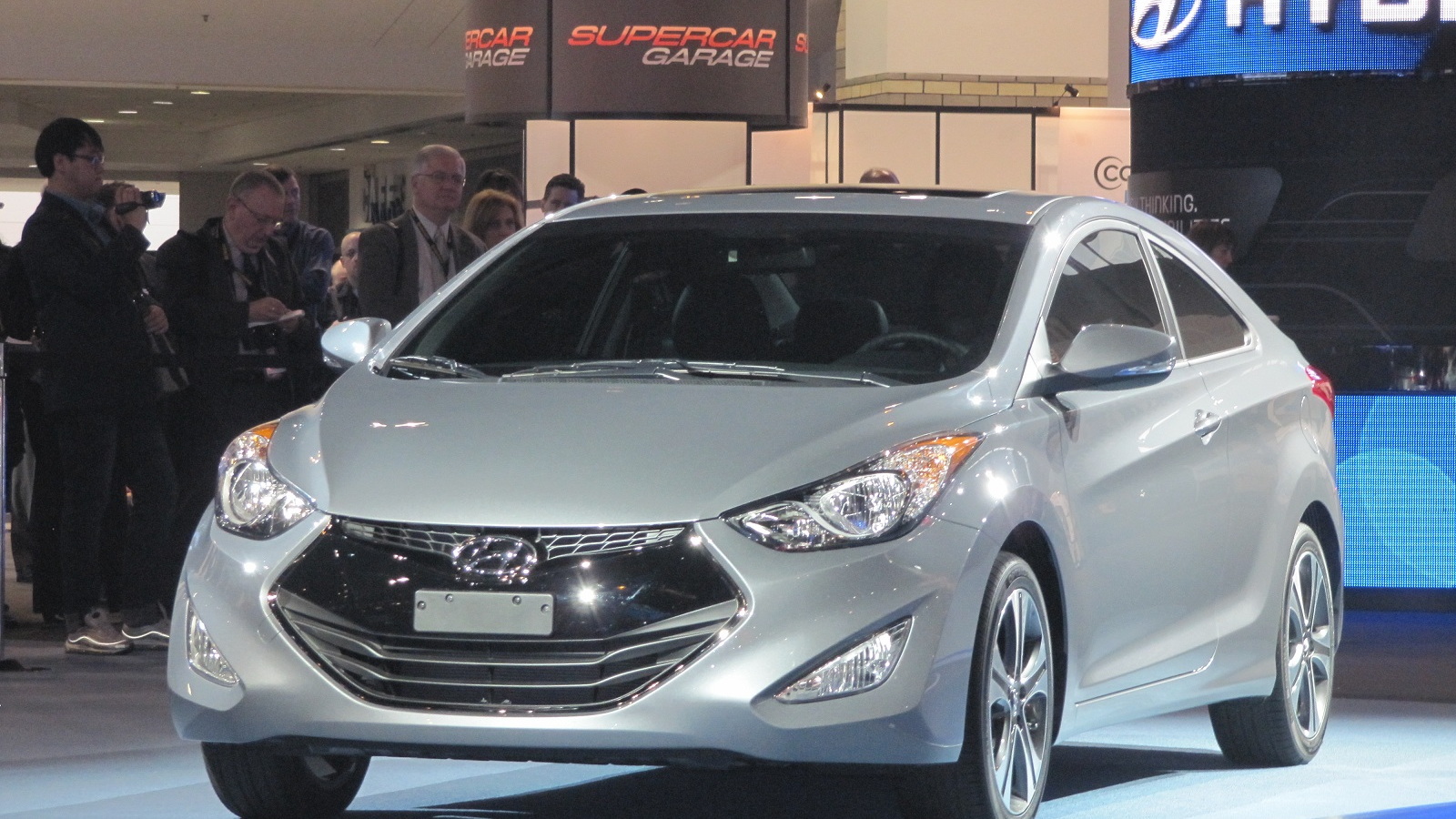 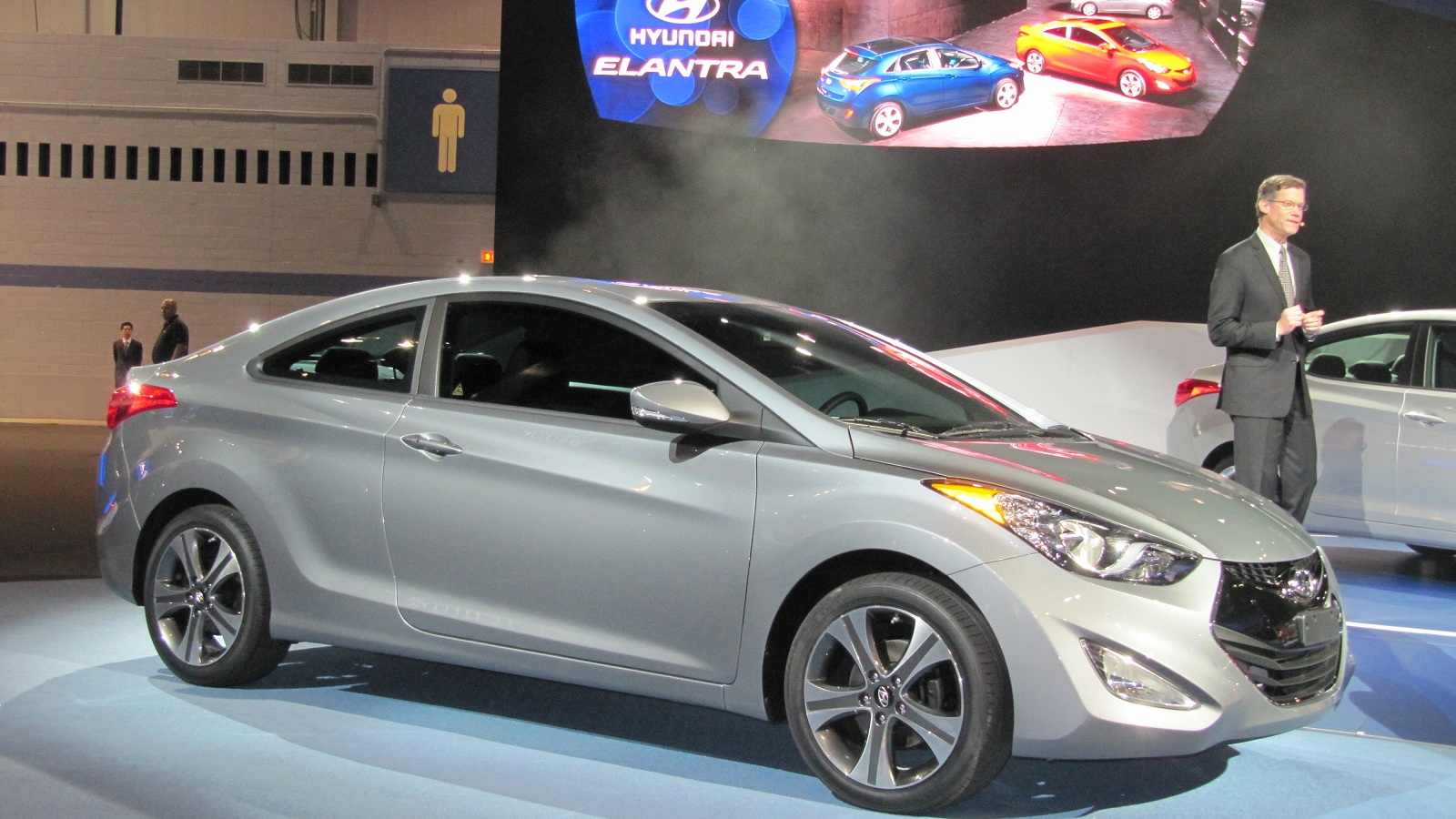 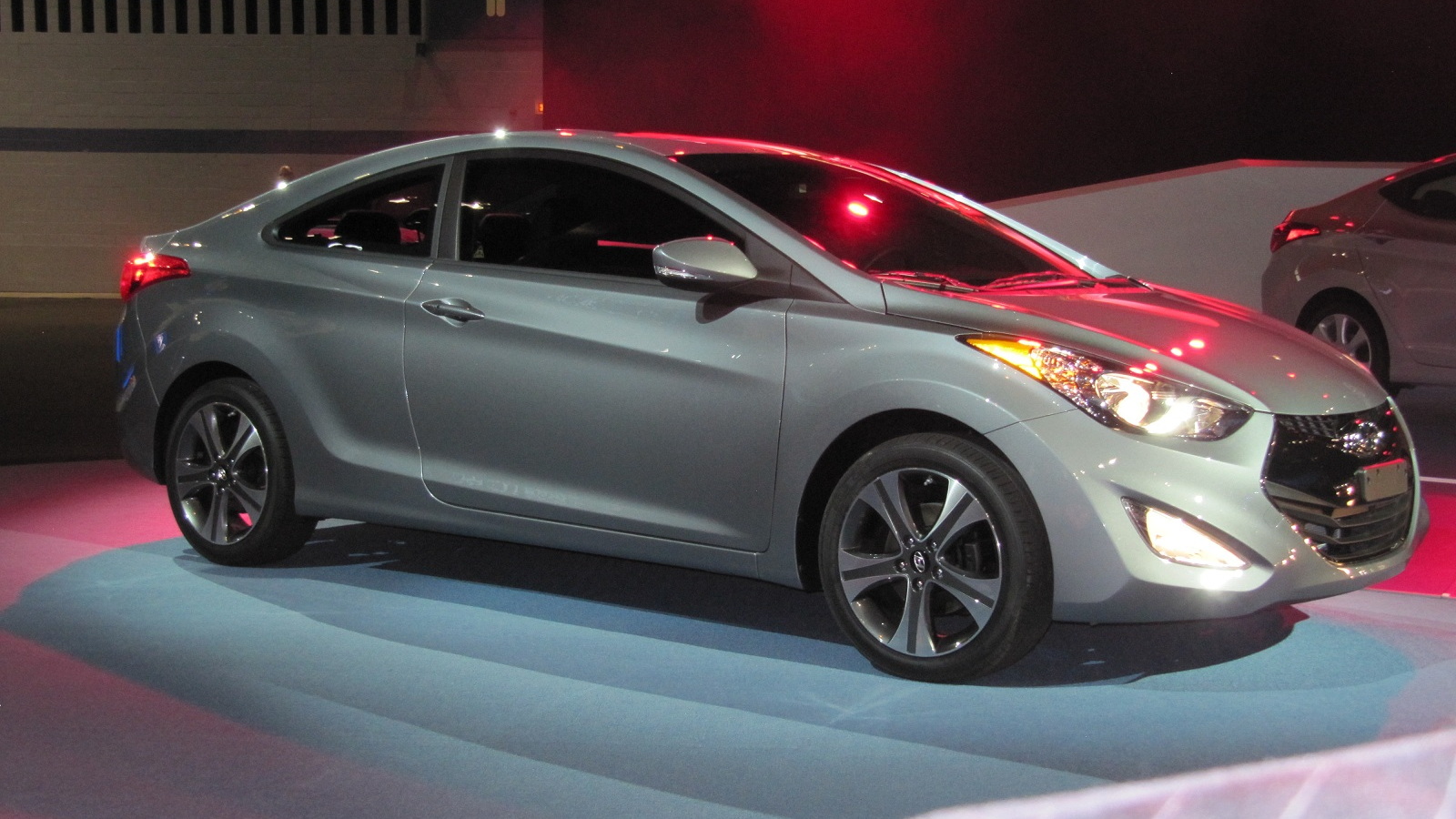 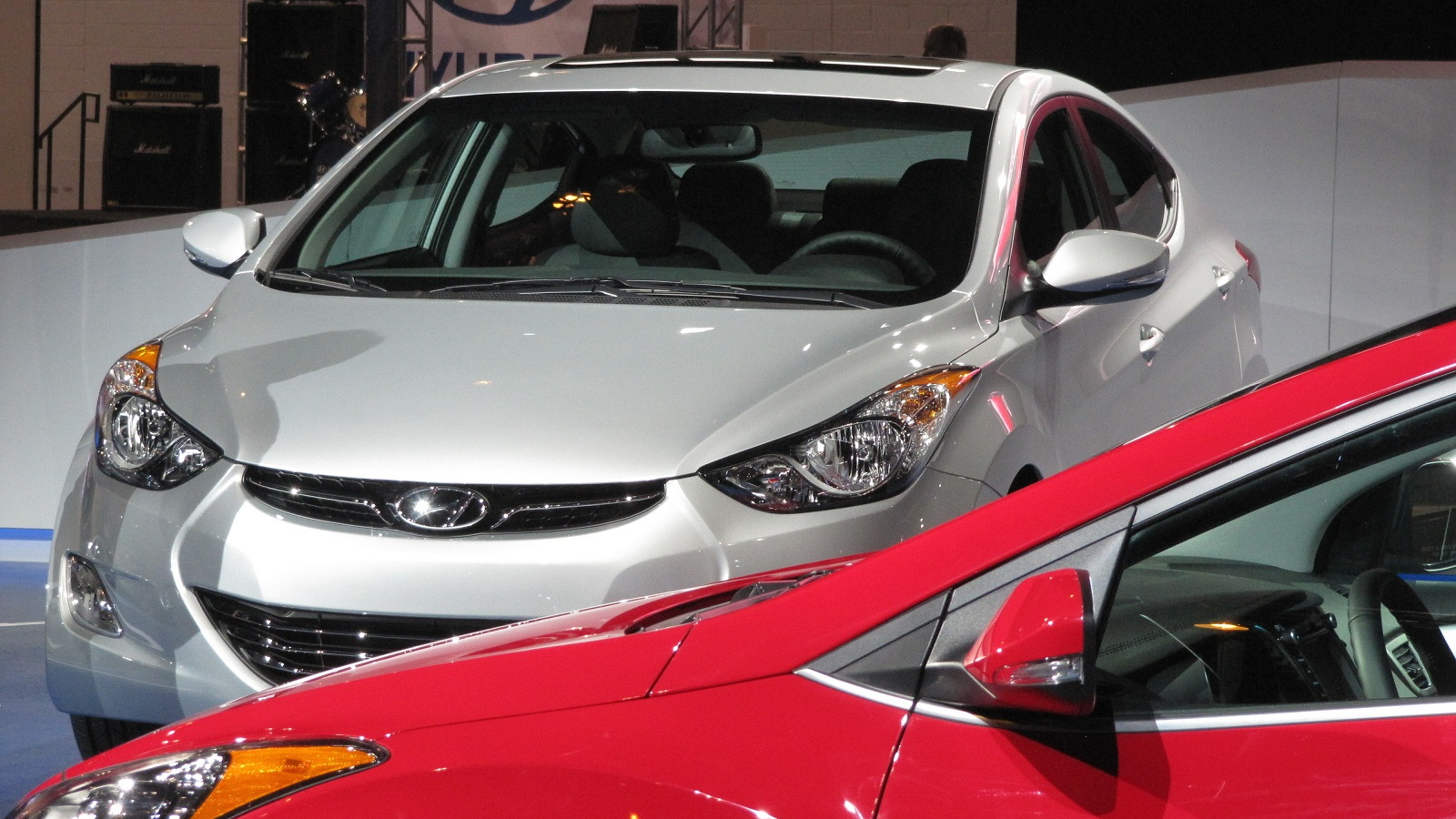 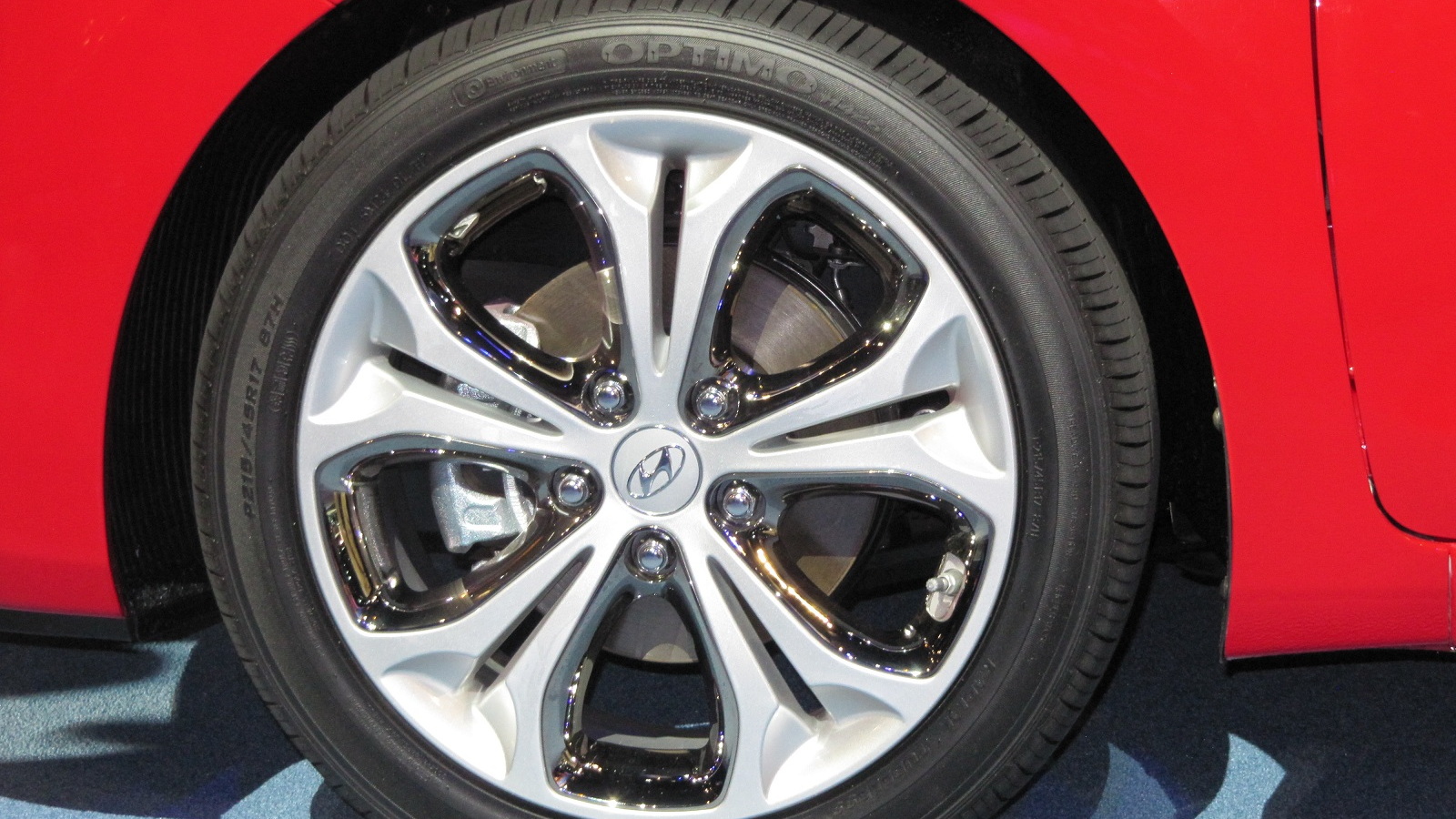 Earlier this year at the Chicago Auto Show, Hyundai announced the expansion of its highly-popular Elantra line by announcing two new models for 2013.

Powered by the same 1.8-liter, four-cylinder, 148-horsepower engine found in the existing 2012 Hyundai Elantra sedan, both cars come with a choice of six-speed manual, or six-speed automatic transmission.

Starting at $17,445 (plus a mandatory $775 freight charge) for the base-level 2013 Elantra Coupe GS with six-speed manual transmission, Hyundai hopes the sport-inspired coupe will offer Honda’s Civic Coupe some tough competition in the marketplace.

With the manual transmission, Hyundai predicts the Elantra Coupe will get a gas-mileage of 29mpg city and 40 mpg highway. For $1000 more, Hyundai's six-speed shiftronic gearbox lowers gas mileage by 1mpg for both city and highway driving.

While the base level Elantra Coupe GS comes in well under the $20,000 price bracket, the better equipped and more sporty 2013 Elantra Coupe SE Automatic weighs in at $20,745, plus the $775 freight.

Opt for the technology package with navigation system, review camera, premium audio system, dual automatic climate control, keyless remote and automatic headlights, and you’ll be looking at an invoice price in excess of $23,000

Essentially the same car Hyundai sells elsewhere in the world as the 2013 Hyundai i30, the 2013 Elantra GT is a five-door hatchback, combining practicality and great gas mileage in a sports-inspired car.

Like the 2013 Elantra Coupe, the cheapest 2013 Elantra GT comes with a 6-speed manual transmission and 1.8-liter engine.

With an estimated highway gas mileage of 39 mpg, Hyundai promises both the six-speed manual ($18,395) and six-speed automatic ($19,395) will be equally frugal.

Both cars attract a mandatory freight charge of $775, while specifying both style and technology packages will set you back another $5,100.

With more cargo and passenger volume than competing cars like the 2013 Ford Focus, 2013 Mazda 3, and 2013 Volkswagen Golf, Hyundai is confident its subcompact will give it some serious market attention.

Are you tempted by the charms of both the 2013 Hyundai Elantra Coupe and Elantra GT?  Are they both reasonably priced, or are you worried they won’t deliver on Hyundai’s controversial gas mileage promises in the real world?