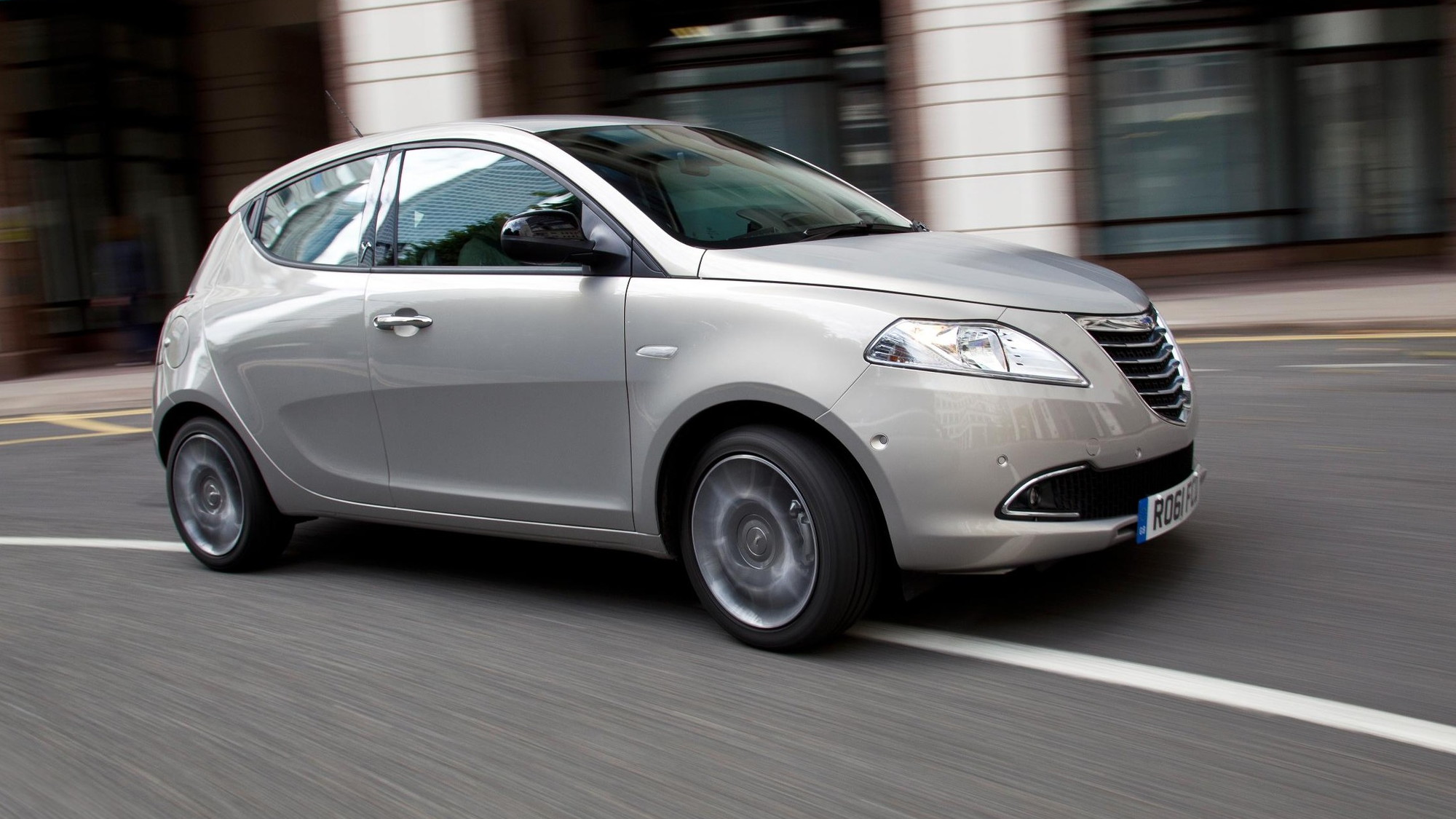 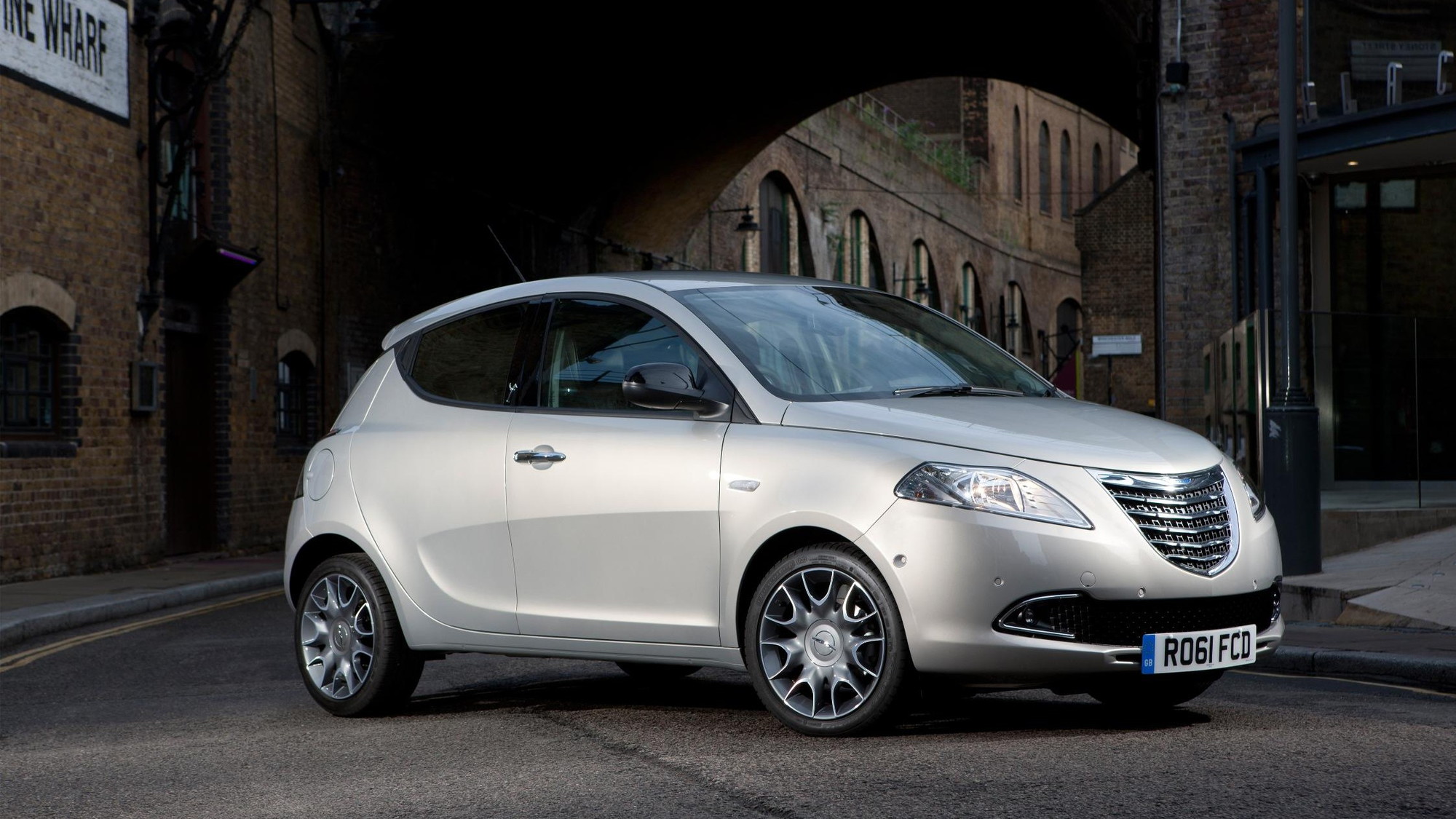 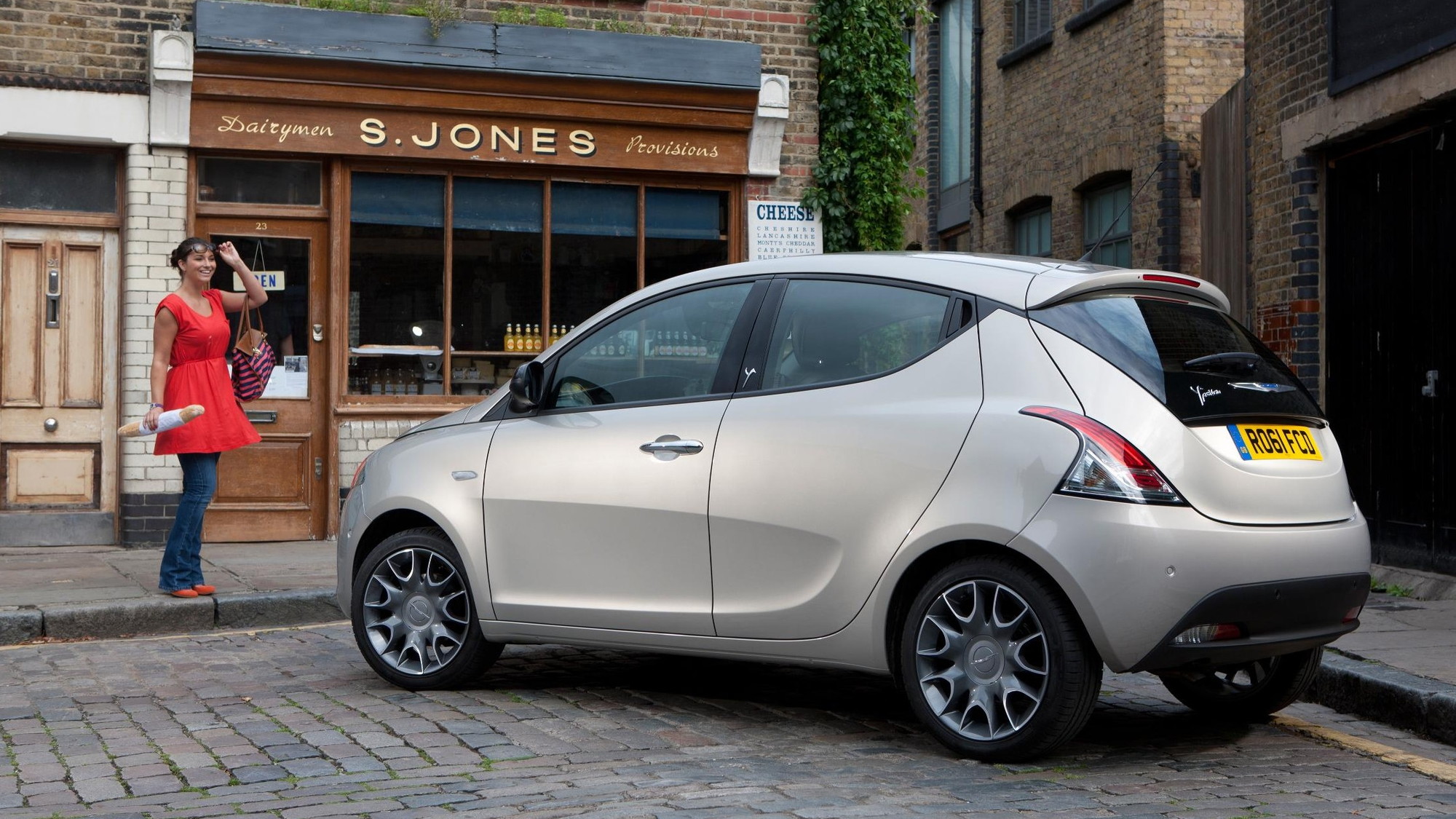 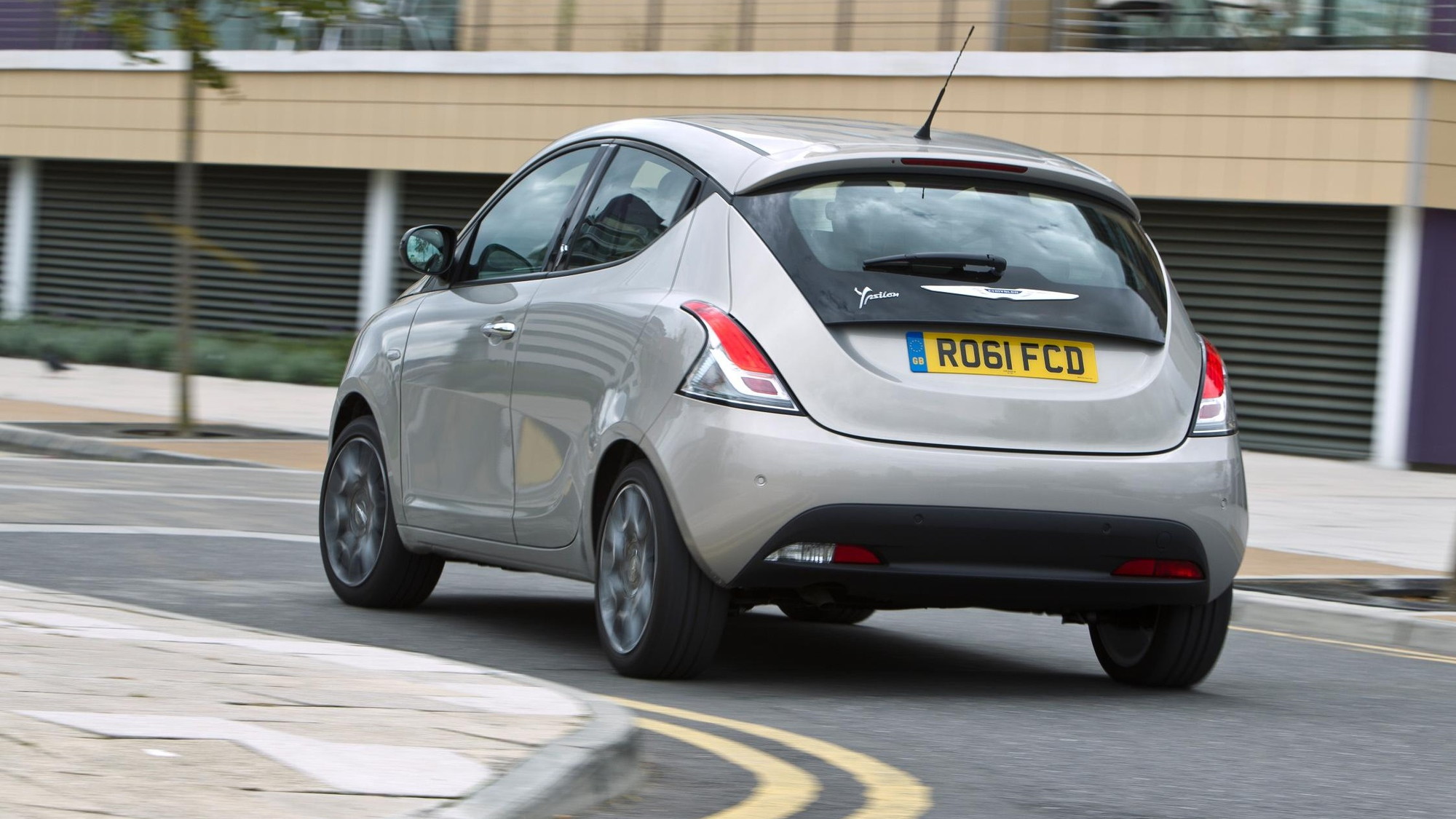 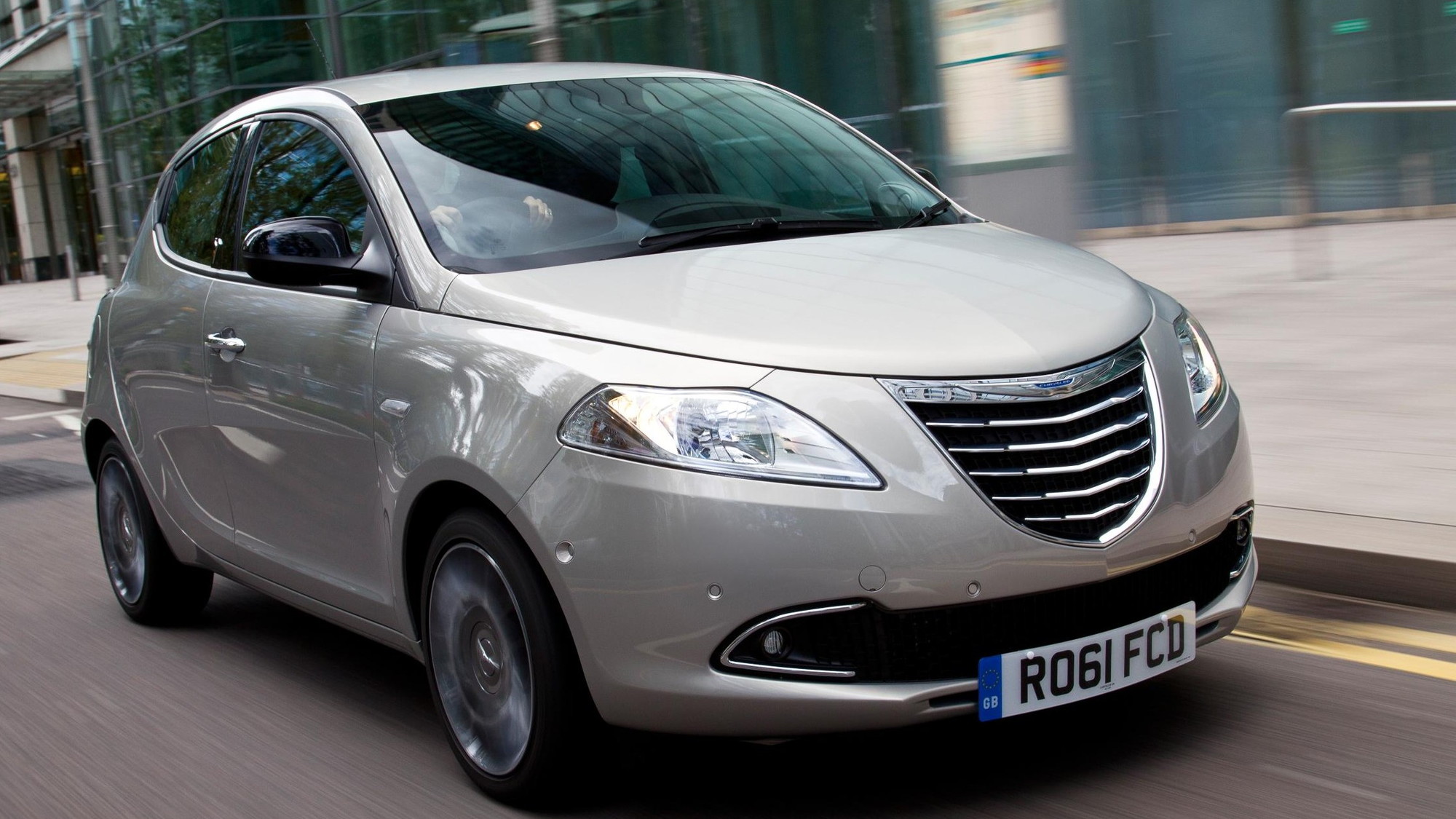 10
photos
You'll no doubt be familiar with the term 'platform sharing', a name given to basic automotive architecture that finds itself used on a variety of models in a range, or even across manufacturers.

The basic underpinnings of a Volkswagen Golf can also be found under an Audi TT, A3, Volkswagen Jetta, Beetle and in Europe, several other vehicles. Even the visually unrelated Ford Fiesta and Mazda2 are similar under the skin.

We think the biggest automotive mongrel resides in Europe's Chrysler range, though.

One is the Delta, a re-badged Lancia based on a similar Fiat platform to that used in the 2012 Dodge Dart. The other is the Ypsilon subcompact, and we drove one at a day hosted by the U.K's Society of Motor Manufacturers and Traders.

We've mentioned the unusually-styled Ypsilon before on GreenCarReports. Like the Delta, it's sold as a Chrysler only in the U.K, as in reality the car is built and sold by Lancia in continental Europe.

However, Lancia has a poor reputation for quality in the U.K. thanks to massive recalls for rust in the 1980s. Chrysler is better known for cars like the retro PT Cruiser and gangster-like 300. That makes it an ideal platform from which to sell Lancia's style-heavy small cars.

The Ypsilon is also a great example of platform sharing. Not only is it a Lancia and a Chrysler with only a simple badge change, but the engineering is already well-proven in the Fiat 500, and even earlier, the Fiat Panda--a platform that originates from 2003.

We tested the Ypsilon on Millbrook's Hill Route, the same location we drove the 2012 Lexus CT 200h F-Sport.

It uses Fiat's remarkable TwinAir engine. This 85-horsepower, 107 lb-ft unit displaces only 900cc from its two cylinders, but a turbocharger gives it the power and torque of a naturally-aspirated 1.2 or 1.4-liter unit.

The idea is to maximize efficiency, though while Lancia claims a combined 62mpg on the European cycle, many have found it difficult to break 33mpg in normal driving.

We discovered that's partly because the engine sounds unnatural--though not incapable--at very low, economical revs, and partly because it's massive fun to push the engine harder to enjoy the twin-cylinder sound. When you do, performance is decent for such a small engine--at 11.5 seconds to 62mph, a little slower than the 1.4 Fiat 500 sold in the U.S.

The main benefit of the high quoted economy for European buyers is the low CO2 emission rating, which exempts the car from several tax restrictions.

It handles well too, though not as deftly as the aforementioned Fiesta or Mazda2. We expect it would be more suited to city streets than a fast Alpine handling course, but at only 2,150 lbs it's a nimble little thing.

There's certainly a hint of Fiat 500 in the proportions, though as a five-door car the Chrysler is more practical for rear-seat passengers, and a slightly extended wheelbase makes it less claustrophobic.

Lined up alongside Chrysler's other vehicles, the Ypsilon actually fits into the range quite well. It's not art-deco like the 300, but still fits well with Chrysler's current design language.

Inside, it's significantly less retro than the Fiat 500, though you still get the same high-set gear shifter. The instruments are mounted centrally, and we didn't find them too difficult to glance at. There's plenty of equipment, with climate control, leather wheel and gearknob, cruise control and USB input all standard on the TwinAir.

The Ypsilon is an interesting and entertaining car then, and one that--with a little effort--could achieve decent mileage figures.

It's also in the unusual position of being unavailable for sale in Chrysler's home market, despite a largely similar car--the Fiat 500--being sold by Chrysler in the U.S.

There are doubtless plenty of reasons for its absence, not least to avoid competition with the Fiat itself, but we do think it's a bit of a shame.

It's more practical and spacious than the Fiat, and with many finding the 500 a little too small, that suggests there's an opening for a slightly larger version, prior to the 2013 Fiat 500L previewed at Geneva this year.

It also feels more grown-up, which could appeal to those put off by the Fiat's sugary retro styling, even if they're drawn to the fun driving characteristics and physical size.

The Chrysler Ypsilon may be a motoring mongrel, but it's a mongrel you'd quicky grow fond of.