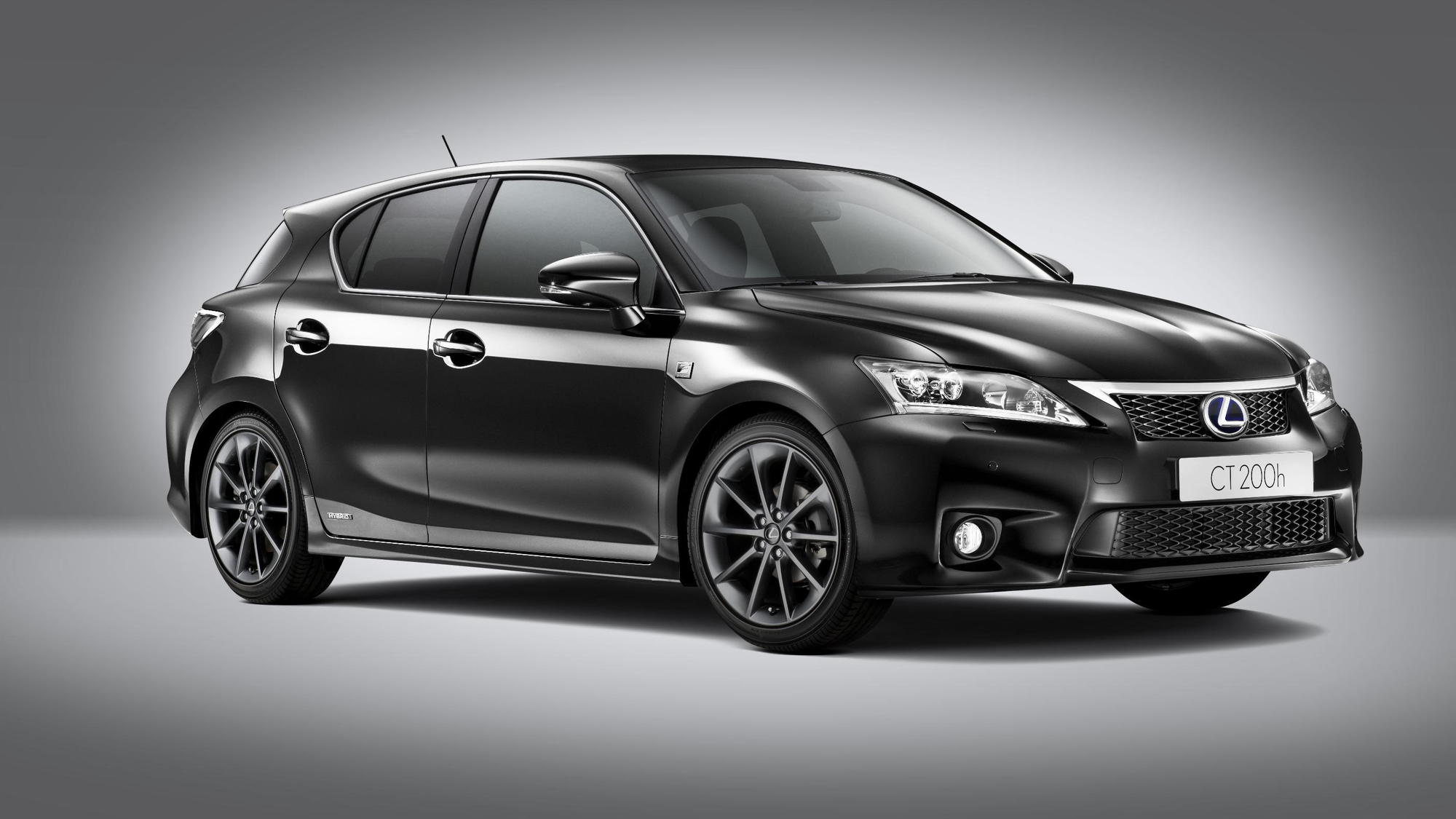 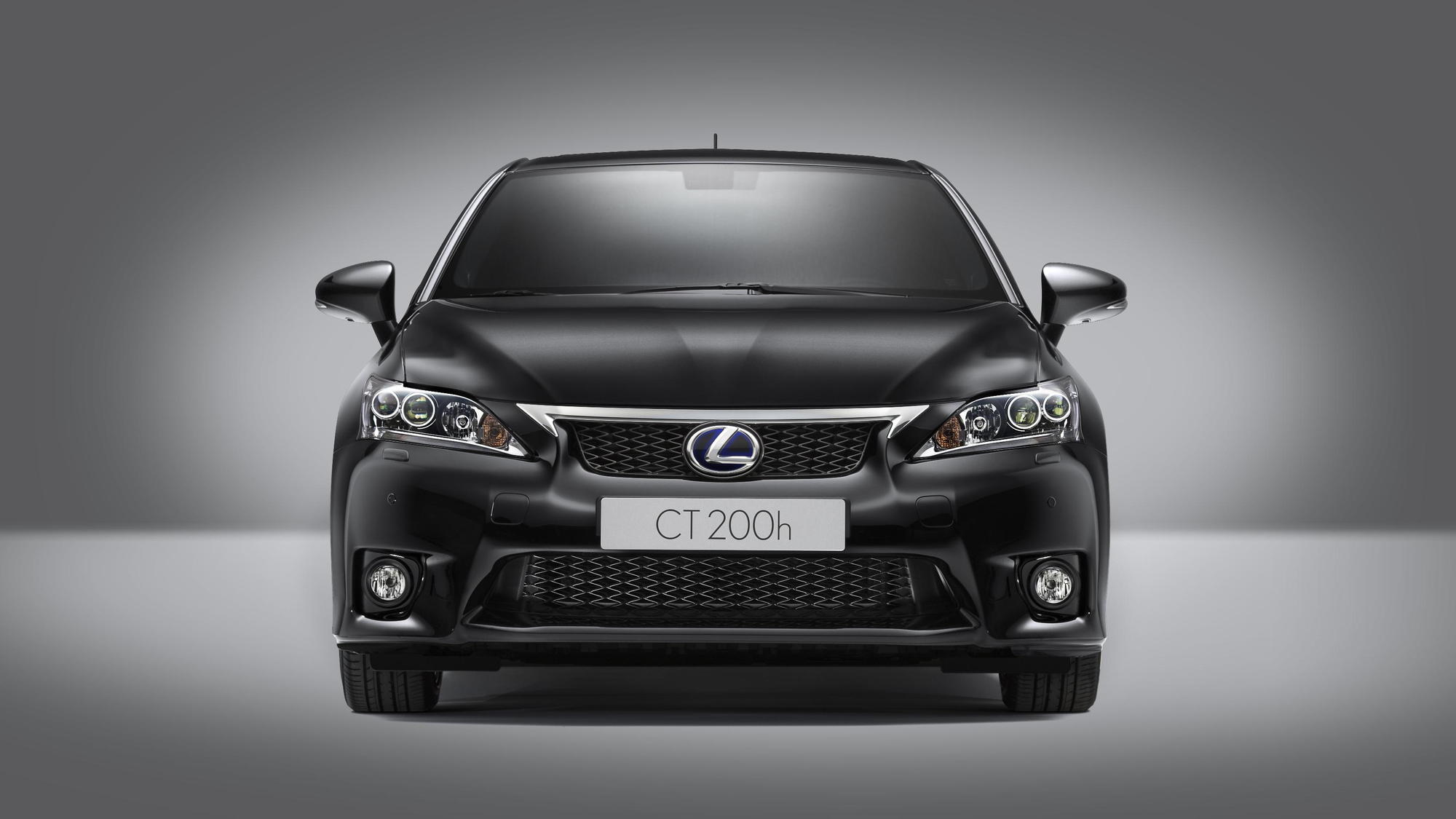 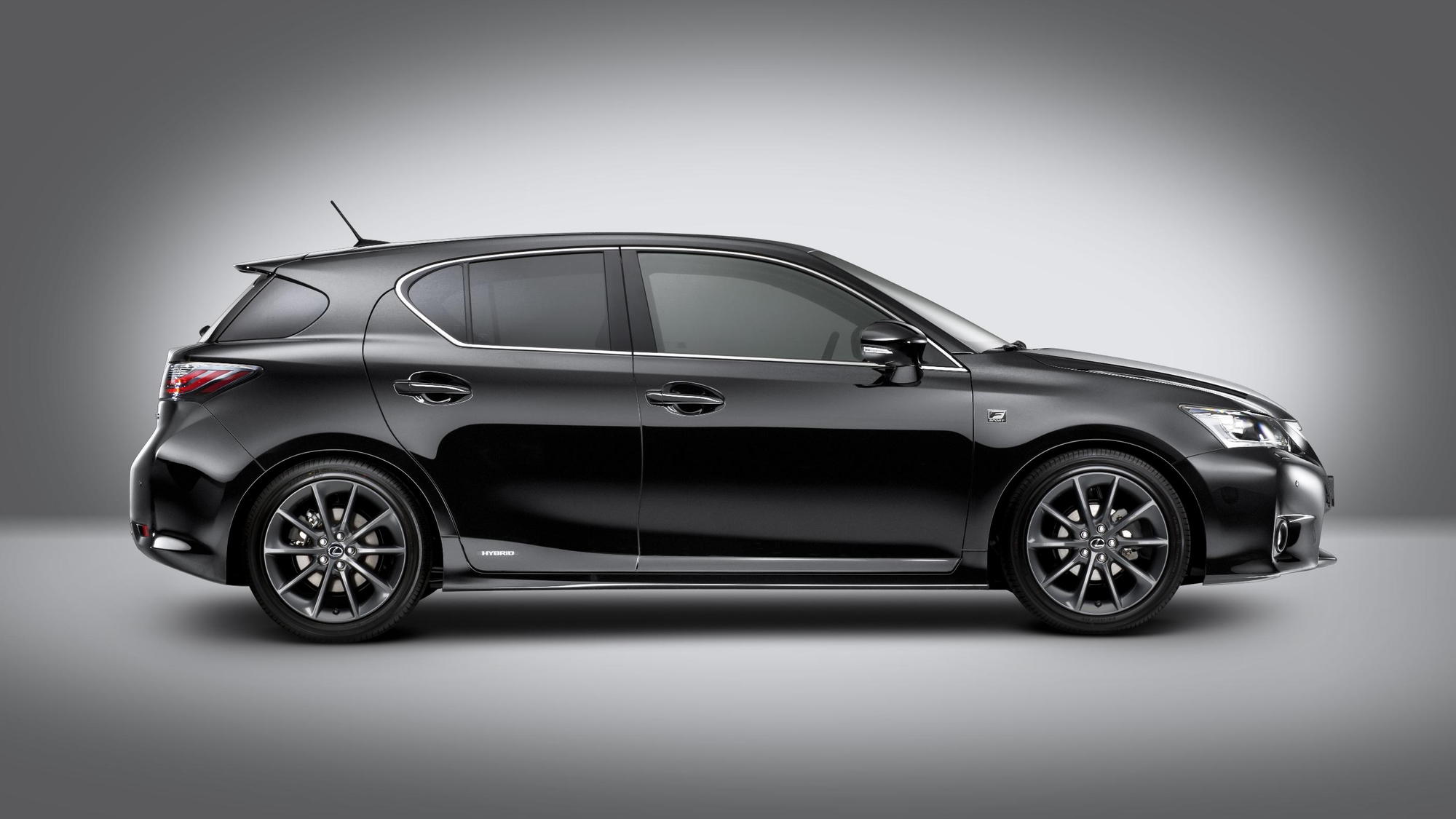 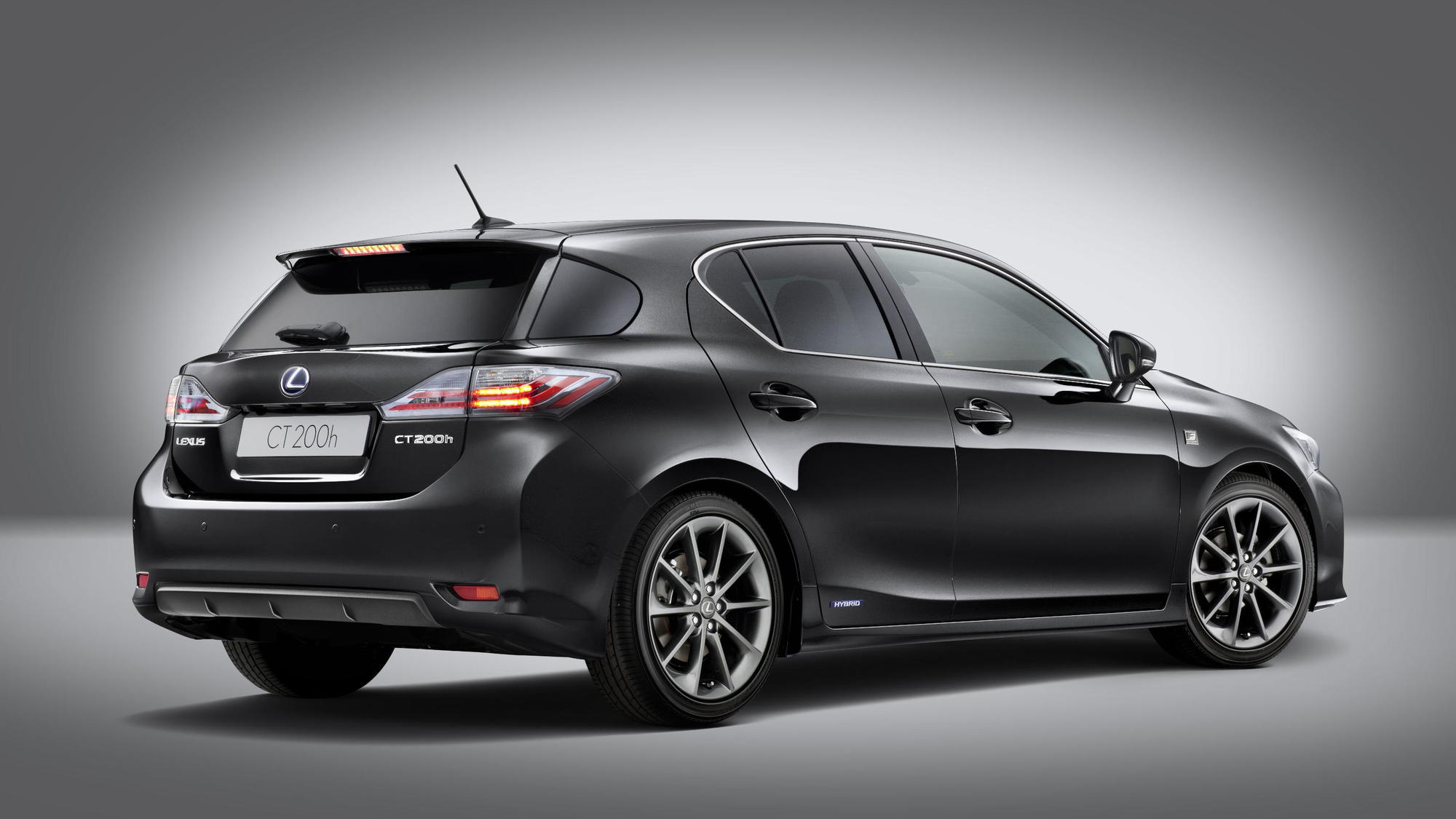 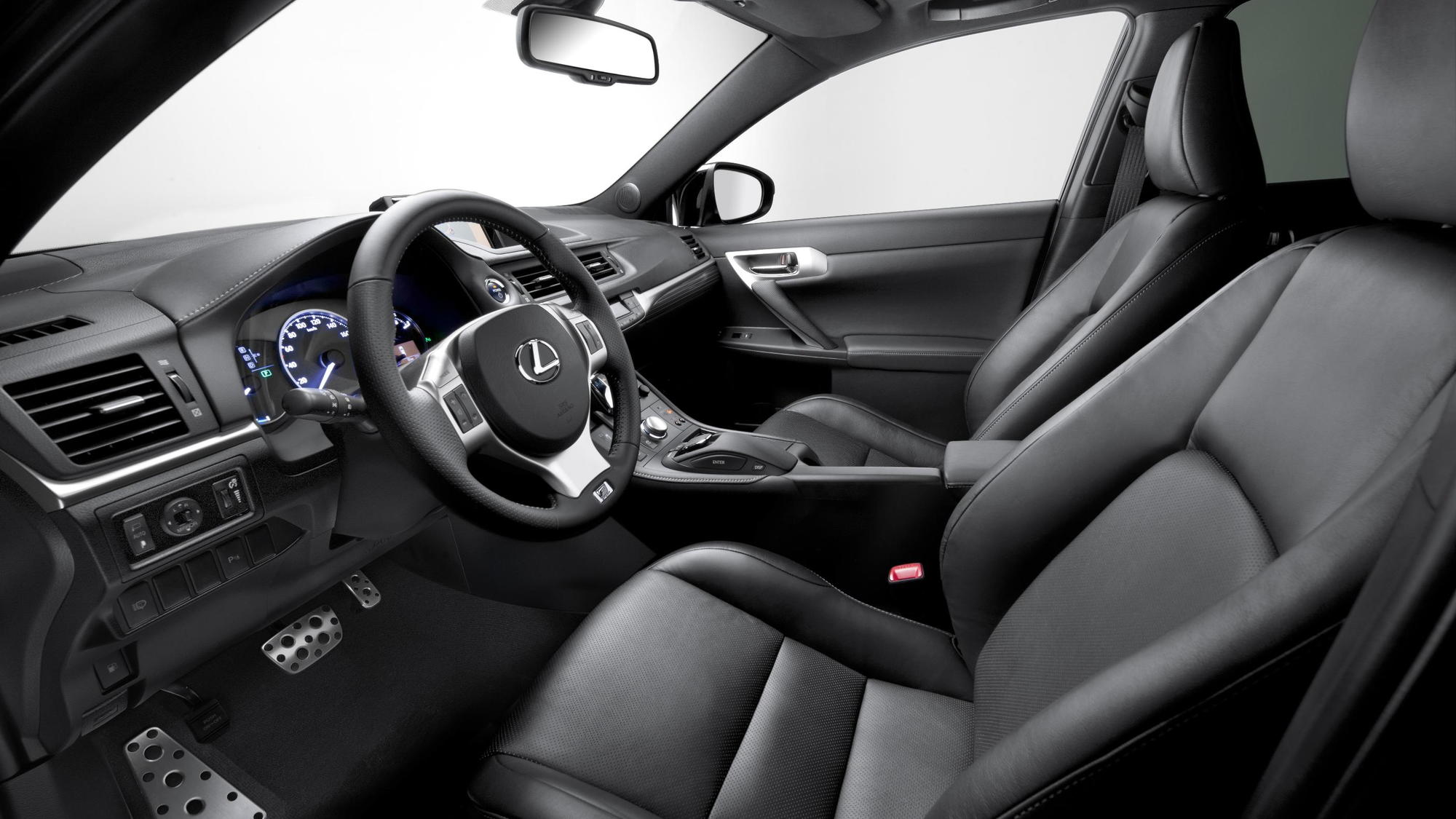 It's not every day you get to push a car to its limits on a circuit, so when the chance presents itself it's something to be relished.

Even if that car proudly displays a hybrid badge on the side, as you'll find on the flanks of the 2012 Lexus CT 200h F-Sport.

With the demise of the HS 250h, the CT now holds the fort at Lexus as far as compact dedicated hybrids are concerned, but we've already expressed our fondness for the CT 200h in a previous test, so perhaps that's not such a bad thing.

In F-Sport trim, now also available on the RX 450h SUV, it certainly looks the part. Though the photos accompanying this story come straight from Lexus, the car we drove was in a fantastic shade of metallic royal blue. With dark gray 17-inch alloy wheels, a subtle body styling kit and lowered suspension on uprated Kayaba shocks, it really builds on the quirky looks of the standard car.

Inside there are more changes, with F-Sport black leather trim, aluminum pedals and kick plates, and an F-Sport motif on the steering wheel.

It all adds up to a car you'd be proud to put on your driveway, but we've experienced enough dilution of the word "Sport" on other vehicles to know that the real proof is in the driving.

If you're not familiar with the CT 200h, think of it as a Lexus Prius. It uses the same 1.8-liter gasoline-hybrid drivetrain, developing 134 horsepower and allowing around a mile or so of all-electric range.

Driving modes are split between Normal, Eco and Sport. These are fairly self-explanatory, with Eco numbing throttle response to encourage greener driving; Sport tightens the steering and gives a more responsive accelerator pedal; Normal is the medium ground.

Fuel economy on the EPA cycle is rated at 43 mpg city, 40 highway, and 42 combined. That's a little way off the Prius, but still greener than most and a worthwhile compromize for those attracted to the Lexus badge and levels of luxury.

It would be unfair to report on the car's figures after heavy circuit use--in truth, we had other things to concentrate on--but we put the car in Sport mode and took to the track.

On the winding Hill Route of Millbrook Proving Ground in the UK, the CT 200h F-Sport was surprisingly capable.

Although the course is designed to replicate public roads, it's more of an asphalt roller-coaster, with incredibly steep gradients, hairpin turns and even a jump at one point to really test how cars perform. The F-Sport struggled on the hills with only limited power to call upon. Even in the more responsive Sport mode, the CVT transmission allowed the engine to moo away noisily whenever we accelerated hard. It's mildly frustrating on a circuit, but it's also something you may notice in road driving, when joining a freeway for example.

It proved a lot better in the turns. There's plenty of grip, and the steering in Sport mode offered decent weight and feel. We've driven cars that are more fun, but compared to other hybrids the F-Sport really does rank highly.

However, just as top speed is a useful indicator on how relaxed a car will be at speed, and acceleration as much a measure of safely avoiding situations as it is about flooring the gas pedal at green lights, high-speed cornering can tell you how a car might react in an emergency, or how secure it is if you find yourself on an unfamiliar road at night. In these sort of situations, you would have full confidence in the car.

But does the F-Sport live up to its badge? That's a tougher one to call. It's more competent than it is fun, so think of it as "Sport-lite", rather than an out-and-out sporty car.

As a luxurious alternative to the Toyota Prius though, the 2012 Lexus CT 200h F-Sport is still a great little car--and when not driving to its limits on a circuit, a fuel-sipping, green choice too.