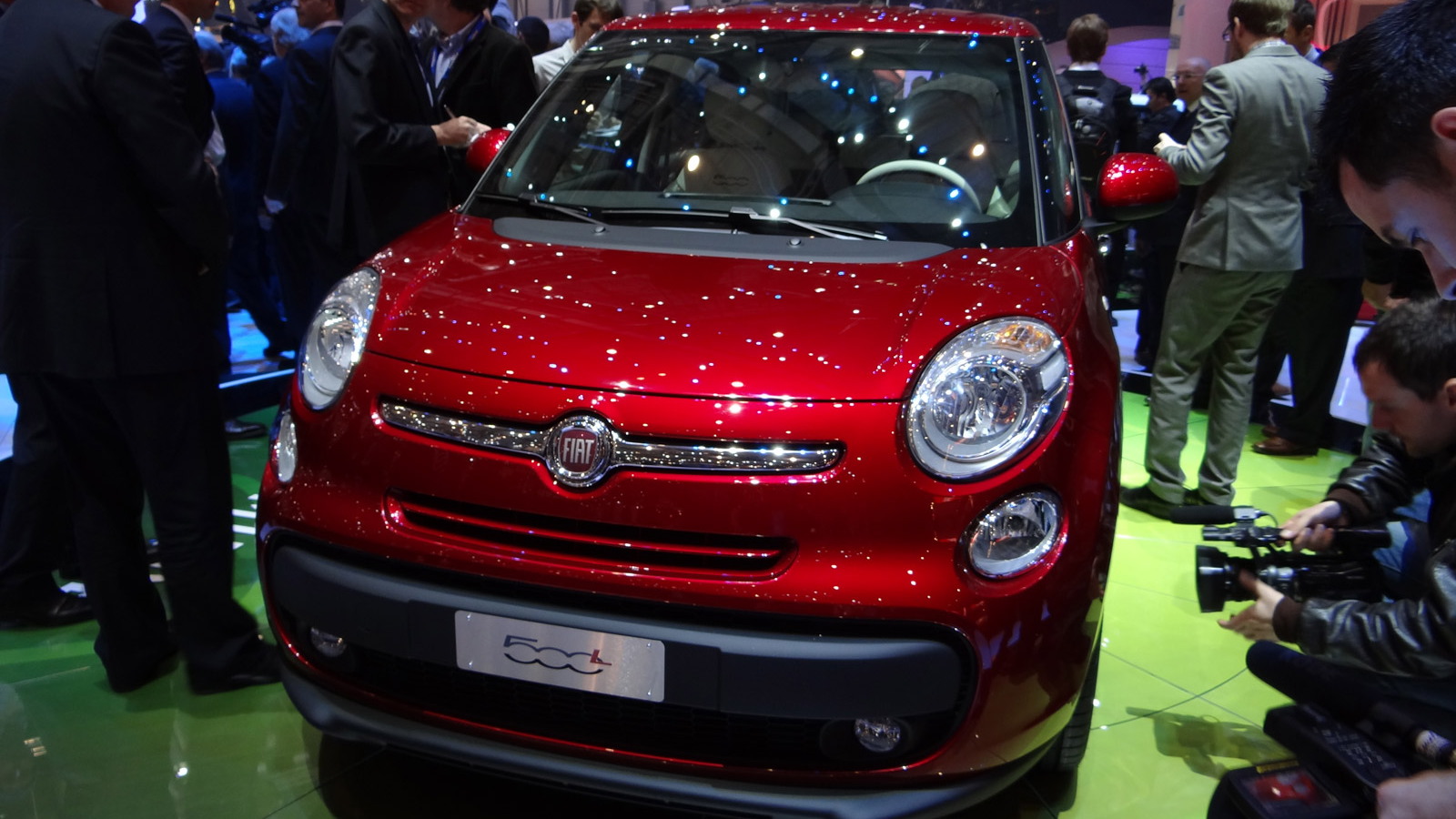 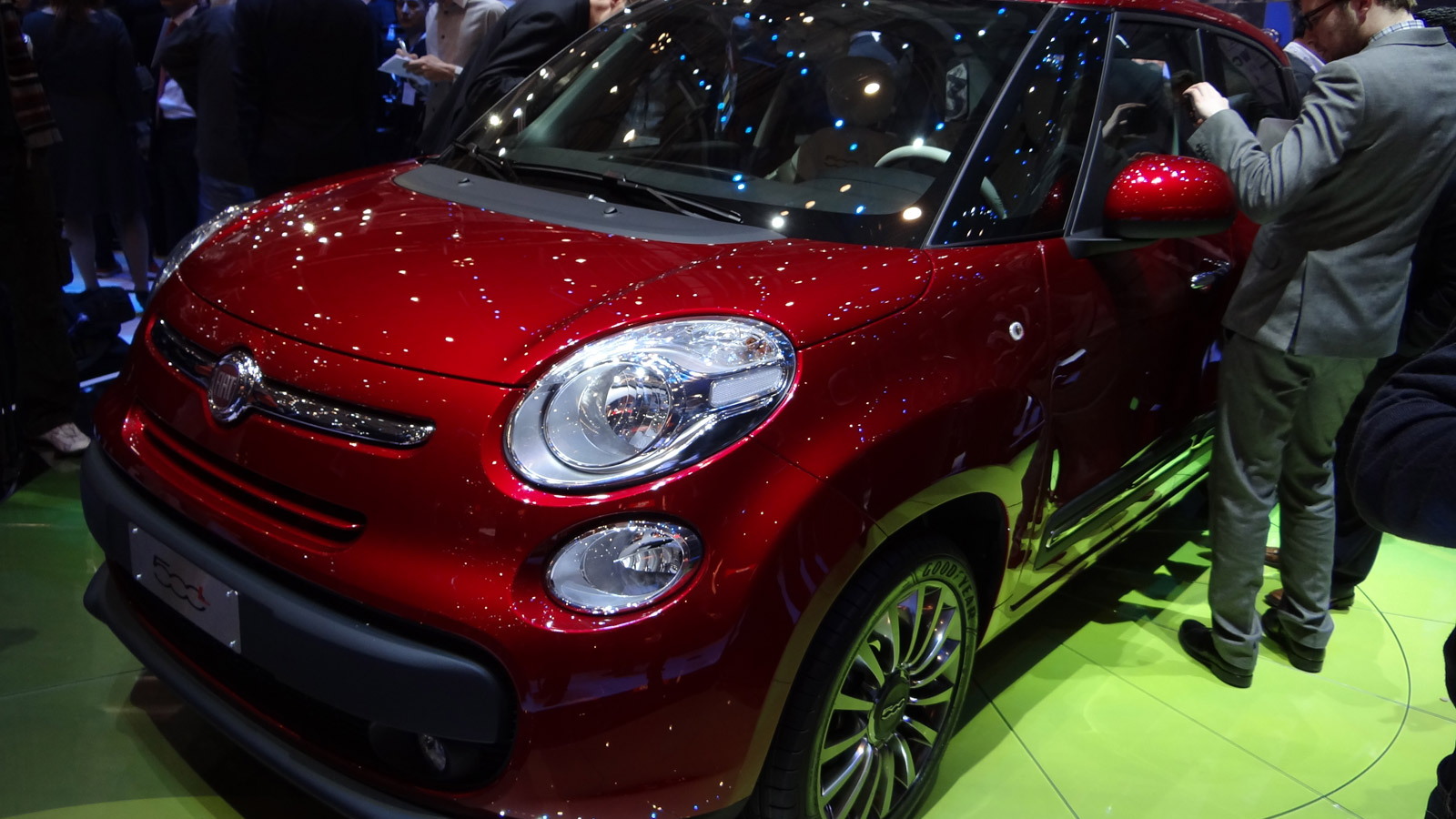 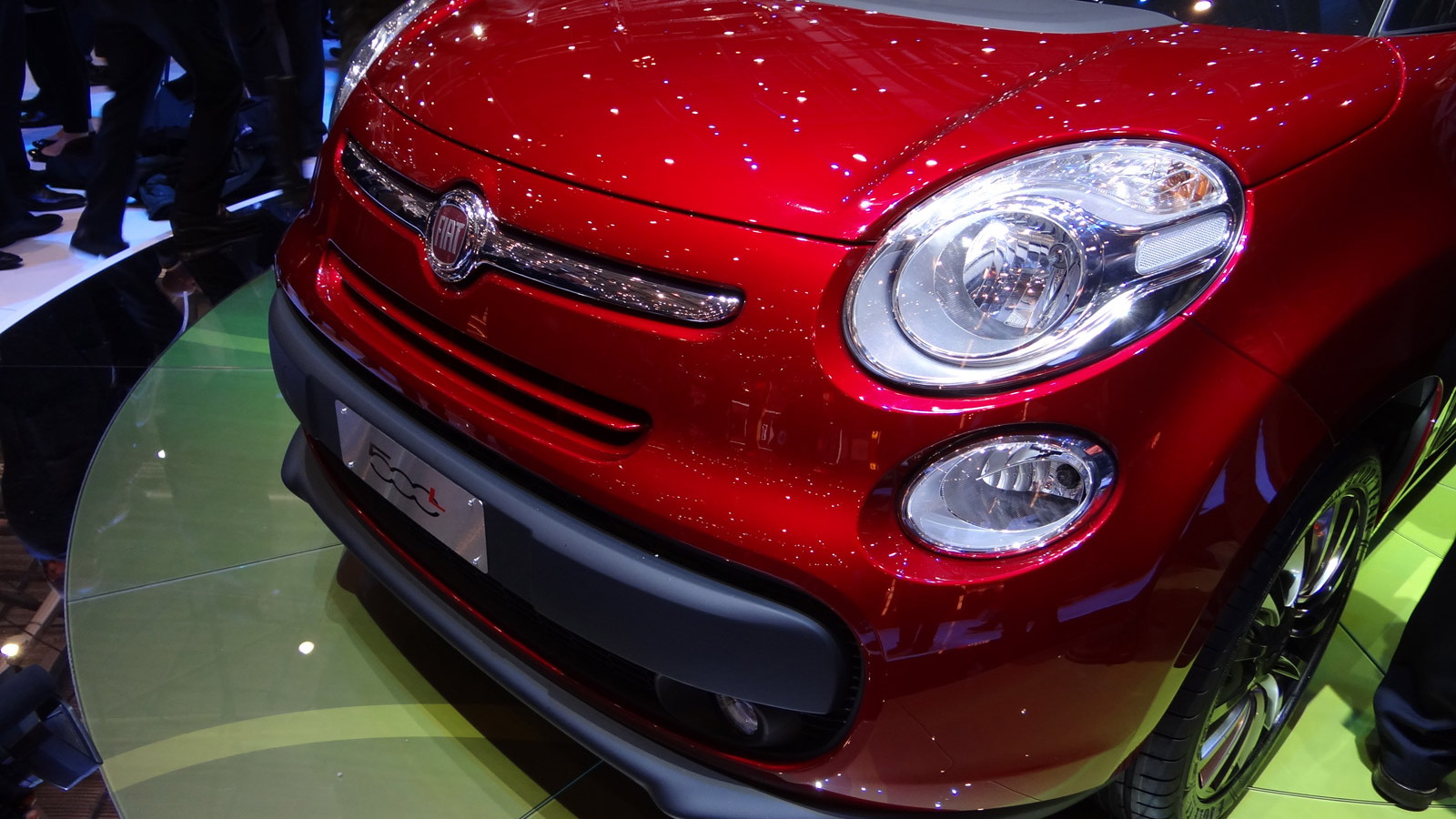 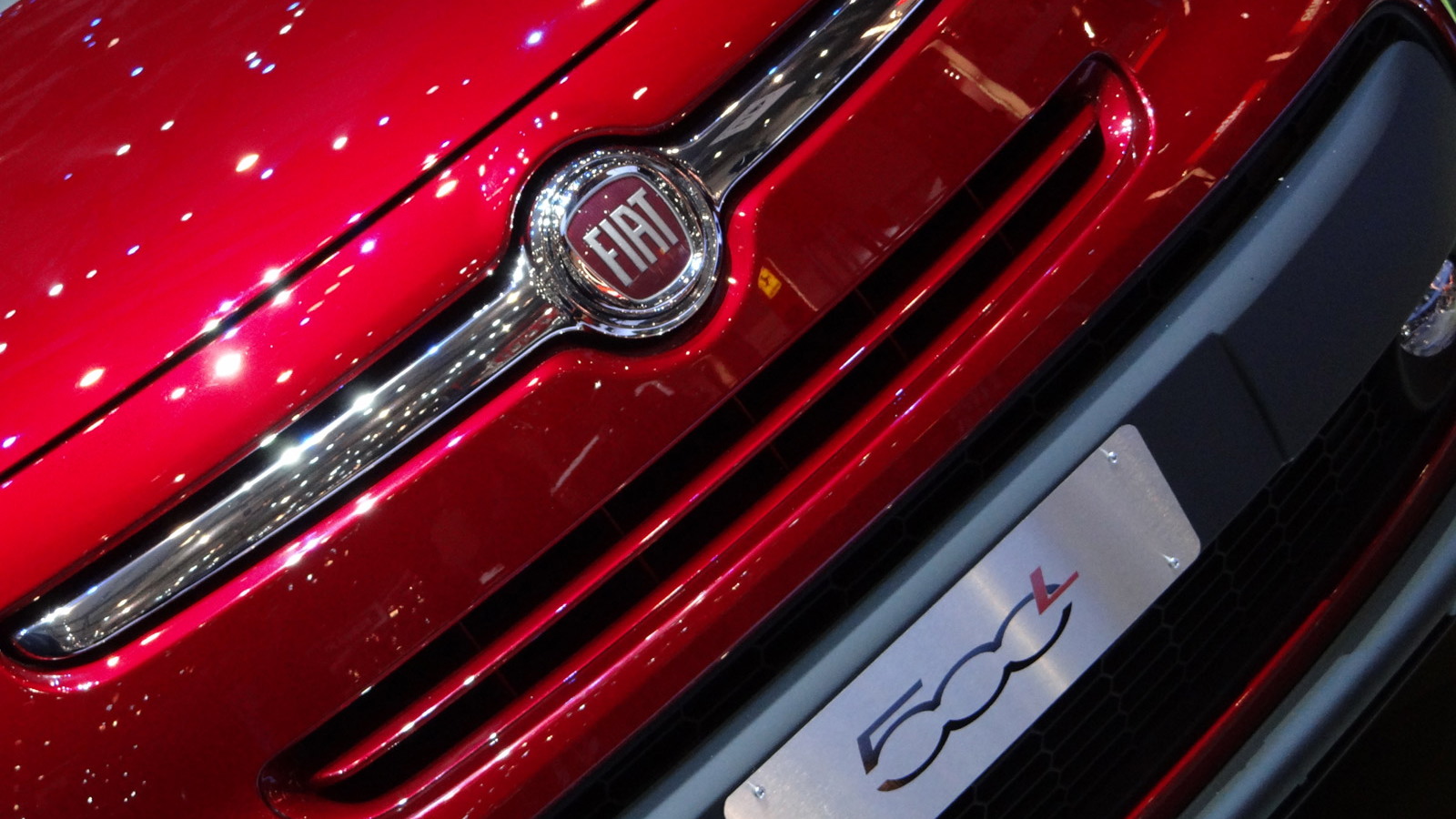 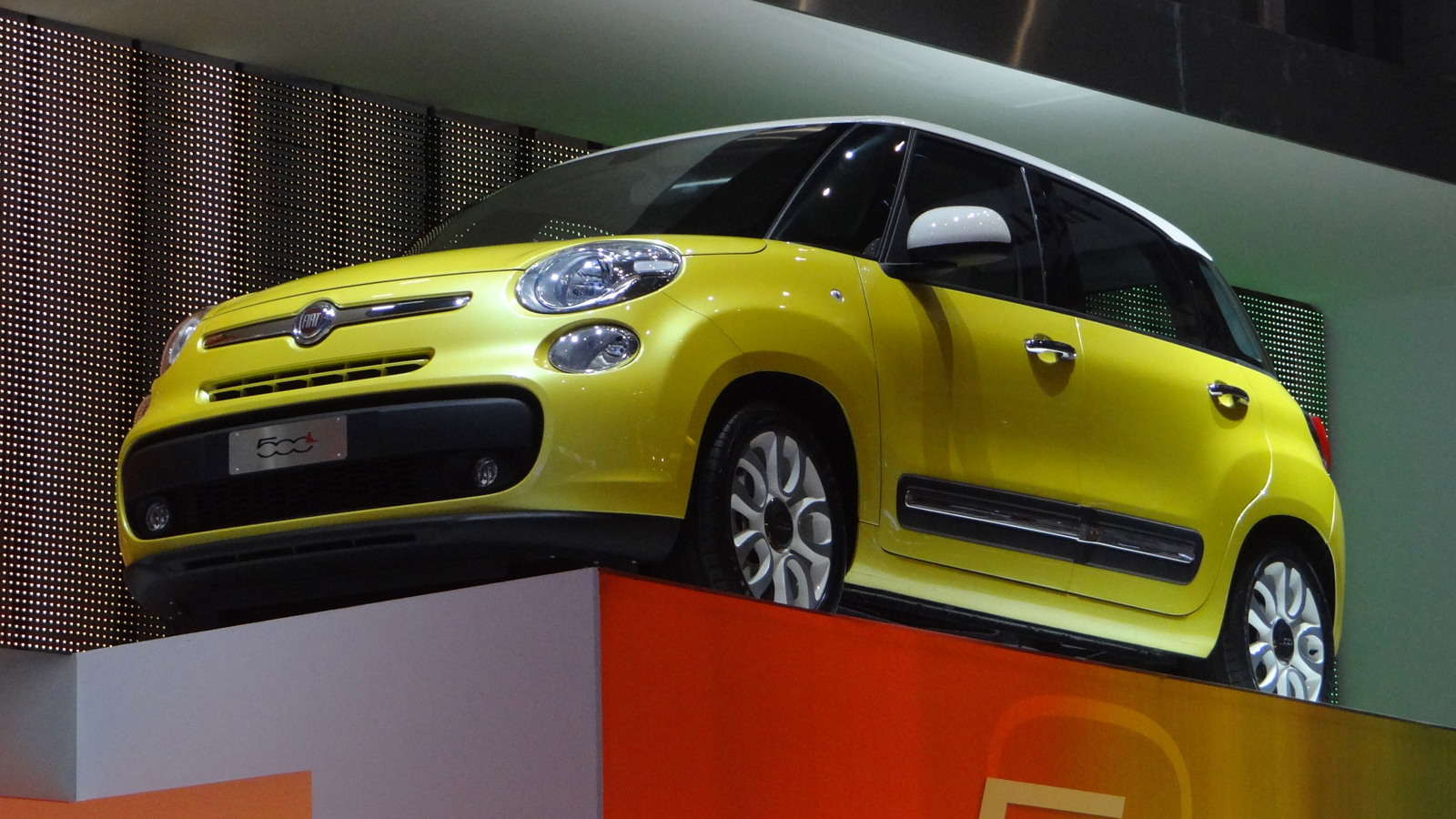 Not all the cars being unveiled at today's Geneva Motor Show are destined for the U.S.

But the 2013 Fiat 500L, the longer, taller, larger "Fiat 500" crossover that will offer all-wheel drive in a Fiat 500 for the first time, is one that will definitely come Stateside.

Fiat released photos of the 500L before the show, but now our intrepid team of photographers has shot it on the floor--in a crowded display that either packed the cars together with the crush of onlookers or put them up on pedestals.

The 2013 Fiat 500L will compete head-to-head with the Mini Cooper Countryman. Both cars are larger in every dimension than, and share no panels with, the smaller coupes and other models whose model name they bear.

In the States, the 500L will likely be fitted with the 1.4-liter four-cylinder engine from the current Fiat 500, perhaps turbocharged as it will be in the 2013 Dodge Dart.

In Europe, however, Fiat will sell you a 500L--starting late this year--with either its two-cylinder TwinAir engine or a 1.3-liter turbodiesel. Neither of those engines are likely to be offered here.

The 500L subcompact crossover may also be the first vehicle exported to the U.S. from Serbia. Or not.

In any case, it should arrive at U.S. dealers roughly this time next year.