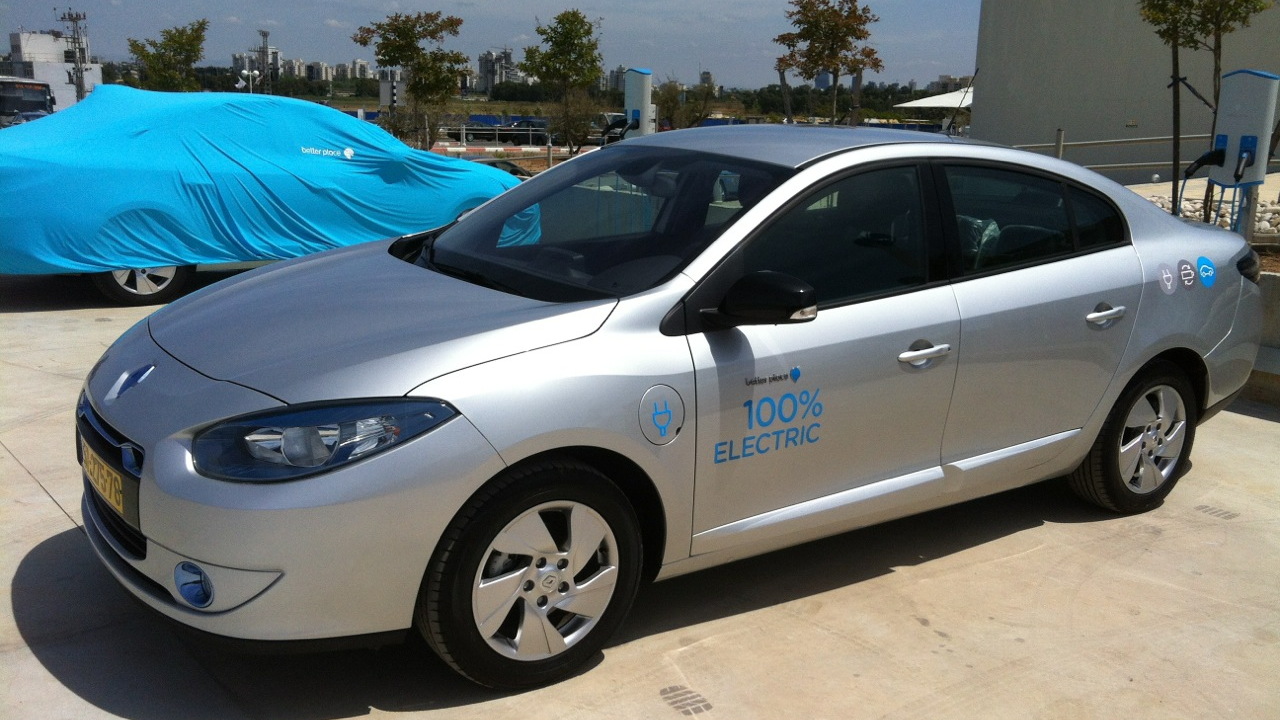 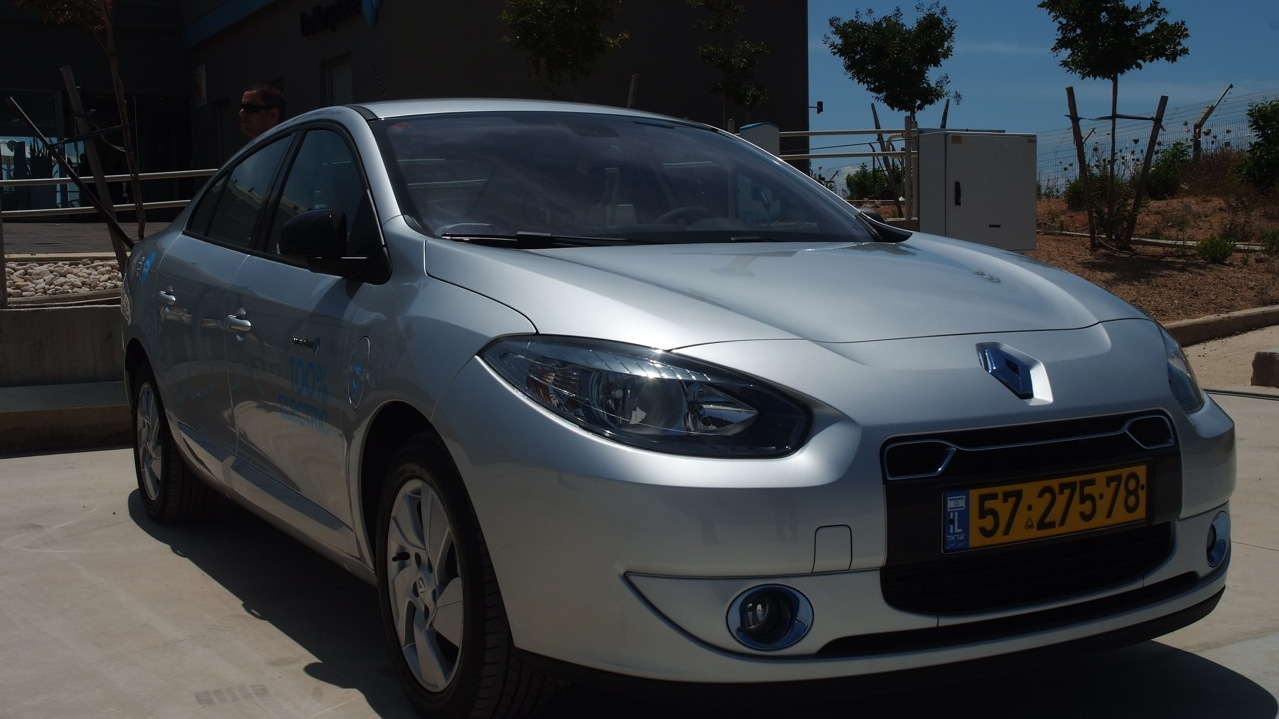 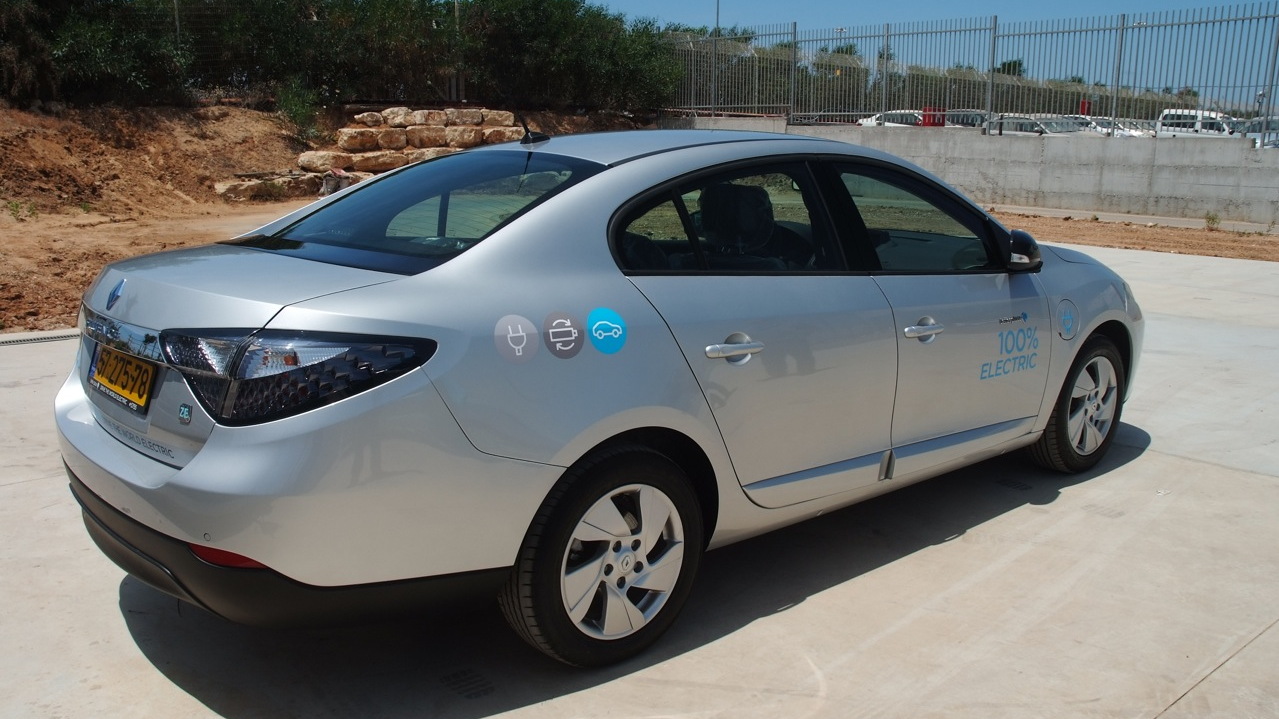 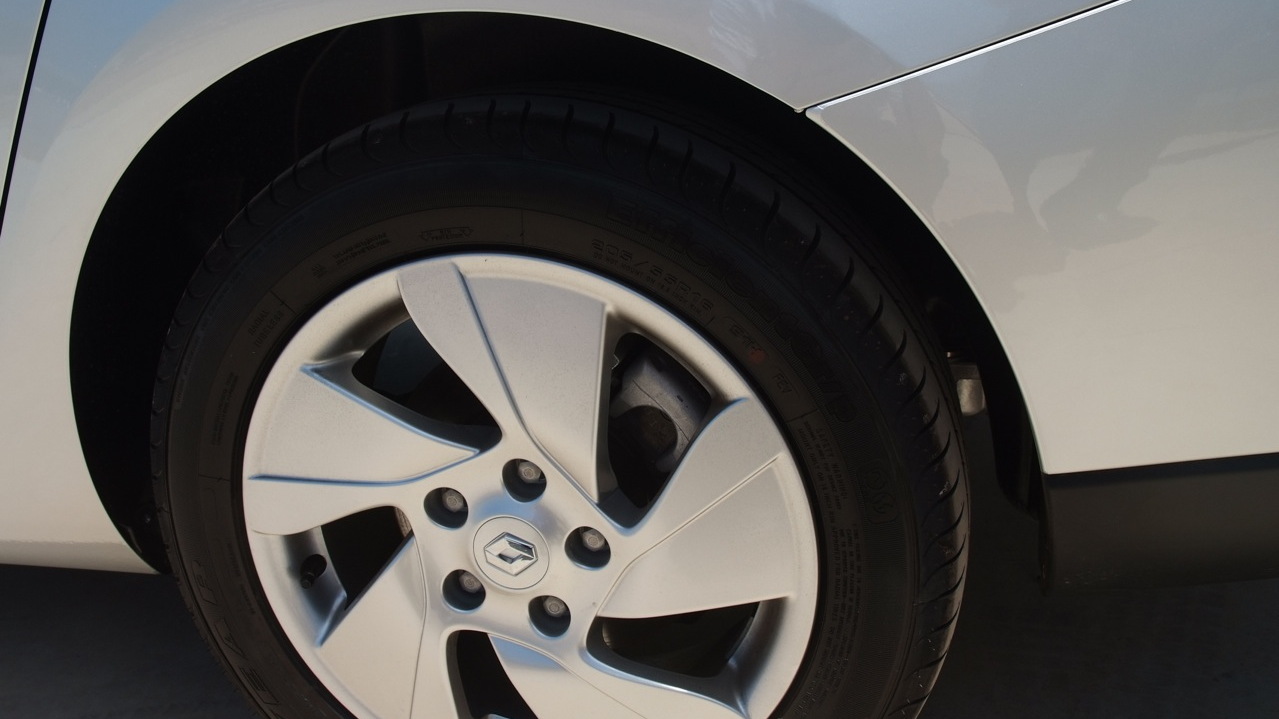 It's been just over a week since I picked up my all-electric Renault Fluence ZE--one of 110 Better Place customers to do so during May, according to the company.

I've charged the car predominantly at home, with a couple of extra top-ups at a local shopping mall and one battery switch. (I can only charge the car from Better Place charging points.)

So far, Better Place has only four switch stations open, though these put much of Israel within range. They are not available all the time yet, so early customers like me are advised to call ahead and make sure a station will be ready to receive a customer. Customer service on the phone has been excellent.

I actually didn't intend to switch my battery when I visited the same Modi'in station where Nikki filmed her video a few weeks ago. I arrived late on a Friday night while just driving around for fun (remember when you used to do that?).

My battery was at 59 percent, and I would have been able to make it home with at least 25 percent remaining.

But the attendant at the station saw me and came out to ask if I wanted to switch. I said sure! I had gone through the swapping experience in a test car, but this time it was the car I had actually paid for. Everything went smoothly.

I momentarily wondered if the battery would be as good as the "new" one that came with my car, but then I remembered, I'd likely be swapping two or three times a month--so I really didn't have to care.

Better Place announced this week that its customers have now driven more than 1 million electric kilometers (roughly 620,000 miles) in Israel and Denmark combined.

Previously, I drove a UK-built Honda Civic five-door hatchback--which was a pleasure to drive. The nature of its VTEC engine, though, meant it was only really quick at 5,000 rpm and above--so using that power wasn't something I did very often.

The electric Renault is 11 inches longer than my Honda Civic, and I can certainly feel the added length when reversing into my parking space at home.

Passenger space is a little bigger in the Renault, but the trunk is compromised by the battery. My Civic could take two full-size suitcases lying down in the load bay with room on top: the Renault can only take one, standing up.

The Fluence ZE interior is neither especially interesting nor beautiful. Its only bright point is the integrated navigation and entertainment system. Better Place's own "Oscar" software interface combines navigation, CD, Radio, MP3, and vehicle-charging diagnostics into a single system.

Oscar predicts the charge level at each point in a multi-stop journey. So far, in the relatively flat central region of Israel, it's been accurate to within 2 percent.

I'm told that in more mountainous regions, it's not so good--but that a forthcoming update to account for topology will help.

I'm using the Oscar interface in English, but it works in Hebrew too. There are some issues there; it would be better if I could enter destinations in Hebrew, but I can't do that. Spelling a Hebrew place name in English characters is often an ambiguous process (the well-known Caesarea is sometimes spelled Qesaria!).

But the electric Renault Fluence ZE has the feel of a very much larger executive sedan, and it's extraordinarily quiet, even at speed. That gives it the feel of something much more expensive.

And the smooth, gearless acceleration of electric drive is delightful.

Driving on Israel's roads, the car is firm and stable. At high speeds, the center of gravity feels higher than ideal--I can imagine that in a sharp maneuver at speed, the tail could break loose. (I've driven and raced rear-wheel drive sports cars, so I know that feeling.)

The acceleration away from stoplights astonishes me, and other drivers too. It's ridiculously easy to activate the traction control and, in fact, with heavy-footed driving  it's not easy to pull away without at least a little wheel spin.

I prepaid Better Place (which covers all my electricity and battery switches) for a subscription that covers up to 50,000 miles (80,000 km) over four years.

That means it doesn't matter if I get home with a 20-percent charge or any other level. As long as I know I have a reasonable margin to reach my destination, I can drive as fast as road conditions and the law allow.

Until all 40 Better Place switch stations are open, I'm receiving a refund of half my monthly subscription fee. (The company says that more than 15,000 switches have been performed in the few stations it has open thus far.)

Right now, that makes driving a real bargain--but if I wanted to drive all the way to Eilat (350 miles to the south), there would be no way I could reach it.

By the end of the summer, I hope to be able to report on that trip.

Brian Thomas ("Brian of London") emigrated from the U.K. to Israel in 2009. He now drives a Renault Fluence ZE sold through Better Place--joining David Rose and other early Better Place customers. He owns and operates his own import company in Israel with more than 15 staff. Thomas regularly blogs at Israellycool about life in Israel, technology and business topics.