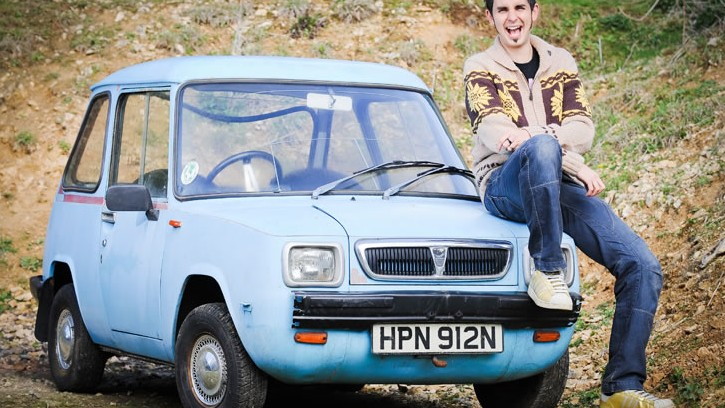 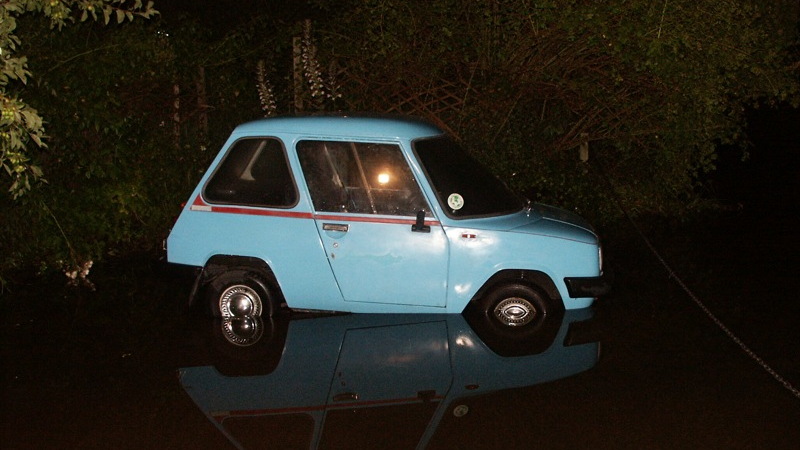 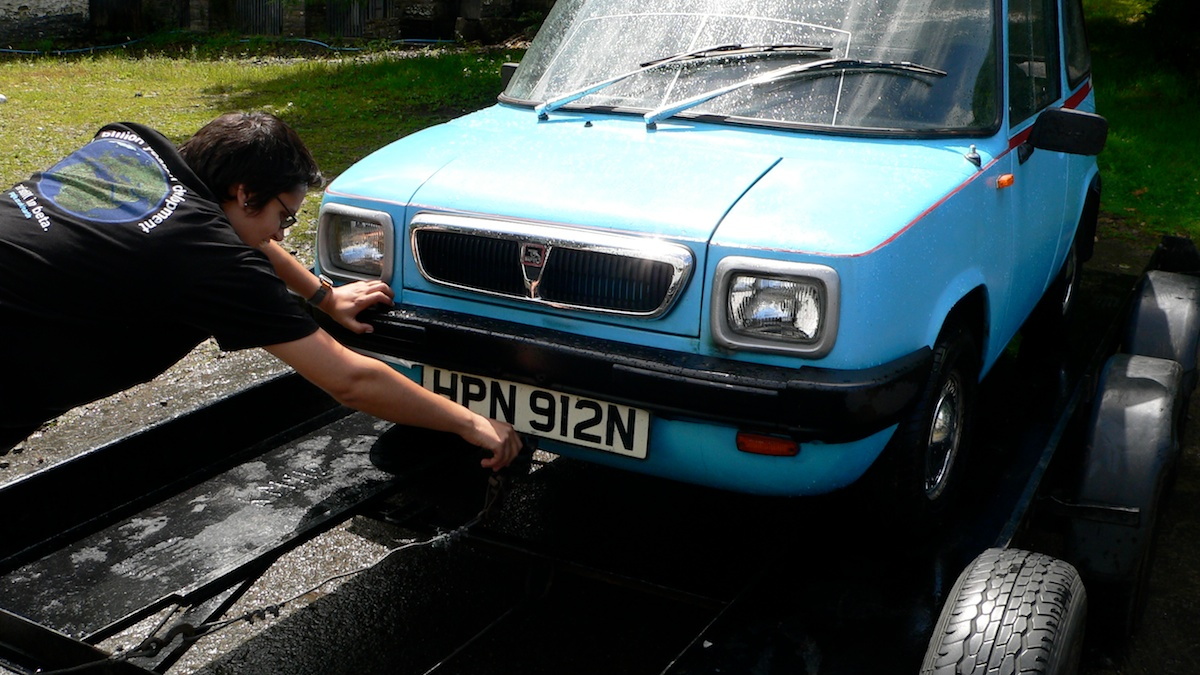 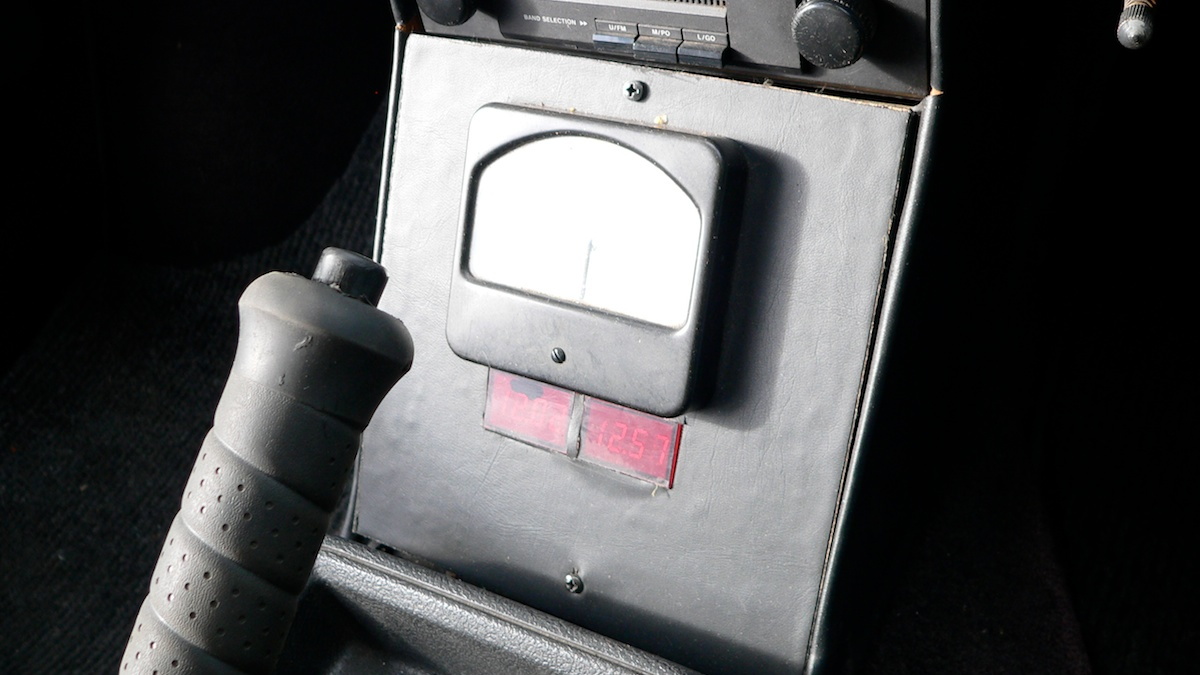 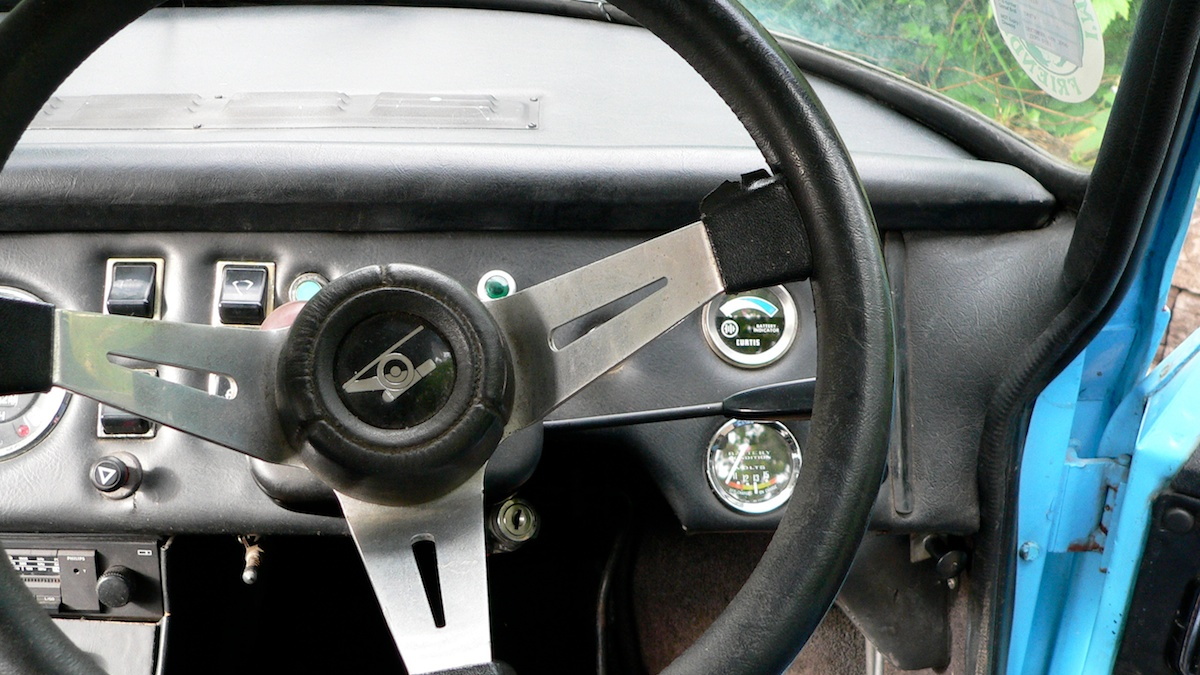 Forty years ago, in the midst of fuel crisis after fuel crisis, automakers large and small around the world came up with concept and limited-run electric cars that would, it was hoped, revolutionize city commuting.

They didn’t. Powered by several thousand pounds of lead acid batteries, fitted with single-digit kilowatt motors, and with price tags that would buy you a far larger, more powerful car, they remained niche market vehicles.  Many ended up being used as utility test-fleet vehicles in an attempt to better understand electric car ownership.

When the energy crisis of the 1970s ended, most people forgot about these quart-sized electric cars, but now a U.K. automotive journalist is attempting to turn a vintage electric car from 1974 into an all-electric hot-rod that will out-accelerate a Tesla Roadster.

Originally built on the Isle of Wight in England, only 120 examples were made, with 65 of them entering into fleet service with various utility companies across the U.K.

Powered by a 6-kilowatt direct current motor, the tiny Enfield 8000 had seating for two, and could manage a heady 40 mph thanks to a bank of eight, 12-volt batteries configured in a 48-volt series-parallel arrangement through a rudimentary resistive step-controller.

With a large, curved front windshield, the Enfield 8000 had a steel space-frame chassis, aluminum body and tiny 10-inch wheels.

[Author’s note: it was the humble Enfield 8000 that started my love-affair with electric cars, after seeing a bright-red one in 1985. I was six.]

HPN 912N, as its license plate reads, has had a particularly interesting life, entering service with a utility company and making an appearance on Tomorrow’s World, a popular U.K. science and technology show of the 1970s broadcast on the BBC.

After ending fleet service, it entered into private ownership, before being purchased as a booby prize on Britain’s Worst Driver, a U.K. television show hosted in the mid 1990s by Quentin Wilson.

The next known part of the story happens in 2007, when HPN 912N was purchased by the author’s friend as a runabout for her mother.

Sadly however, within a few weeks of purchase, the car was submerged in three feet of water, destroying its original electronics and rendering it an insurance write-off.

Salvaged due to its rarity, the car then spent the next few years being stored, some of it on this author’s driveway, until it found a more permanent, dry storage area.

It was then rescued by Smith a few months ago after a two-year search for a suitable donor car.

Structurally intact, HPN 912N will receive a full restoration, complete with a respray, new interior and a few ‘performance tweaks’.

Instead of rebuilding the old motor, Smith plans to install not one, but two powerful electric motors similar to the ones found in Black Current III, the British pro-street electric drag-racing Volkswagen Beetle.

Batteries, we are told, are a closely guarded secret.

When finished, Smith hopes the tiny Enfield, complete with wheelie bars, will out-perform a 2011 Tesla Rodaster in the quarter mile.

While purists may howl in despair as this vintage electric car is reborn as a street-legal race car, we can’t help but feel happy that the car we saw, knee-deep in flood water five years ago -- not to mention one that I accidentally reversed into with a Volvo 240 -- gets a second chance as the Flux-Capacitor.