Later on today, I will hit the publish button on my final article as a full-time writer at Green Car Reports, turn off my computer, and officially end my time as an automotive journalist.

Today, I start the transition from automotive writer to electric car advocate, a role I’ve wanted for many years, but--as many will attest--one which rarely pays the bills.

You see, while I’ve only been working here at Green Car Reports for a few years, my love affair with plug-in cars started way back in 1984.

I had just turned five, and my two elder sisters--10 and 15 years my senior--received a weekly encyclopedic magazine in the mail called The Tree Of Knowledge.

Every week, the magazine would arrive with teen-friendly articles on everything from cell division to the basics of thermodynamics, the evolution of classic music, and how bones repair.

And so, after my sisters had read it, the precocious Mini-Me would sneak into their bedroom, and sit on the floor, cross-legged, looking at the pictures and trying to figure out the words.

It was then that it happened: I encountered my first electric car.

Staring back at me from the pages of the magazine encyclopedia was a cutaway diagram of a 1976 Enfield electric car, showing its physically big, yet underpowered motor, its massive 48 Volts of lead-acid batteries, and a sweeping, electrically-heated front windshield. 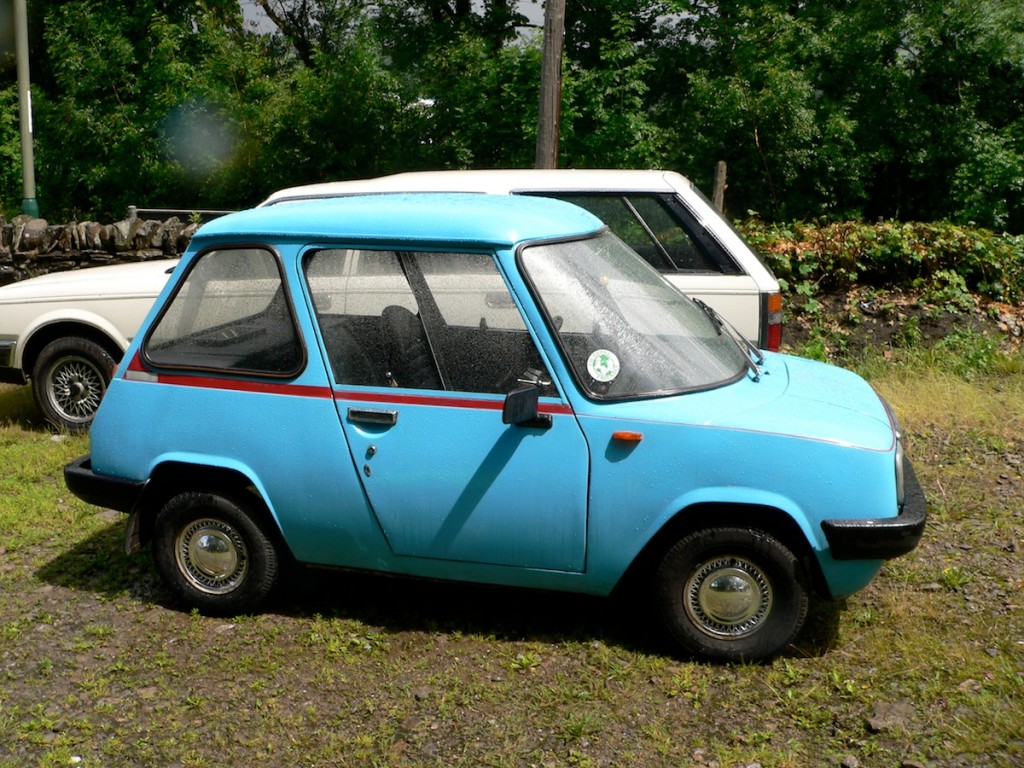 It was bright red, about the same size as a Morris Mini-Minor, and made perfect sense to me.

I was in love.

From that point on, I was fascinated by everything electronic.

In between hours of music practice, school work, and the occasional bit of helping out on the farm, I tinkered with radios, motors, and eventually, computers.

But it would be another 21 years, after graduating as a professional musician, that I would start to pay close attention to electric cars again.

My 1965 Morris Minor--a car I purchased a few years after graduation, in the ultimate pursuit of a childhood fantasy--had started to suffer from years of neglect and poor servicing under the care of its elderly former owner.

Its replacement, a roaring 1.8-liter Morris Minor hot-rod woody wagon from 1962, drank gasoline like a fish, and it wasn’t as fun to drive on everyday commutes as I thought it would be. 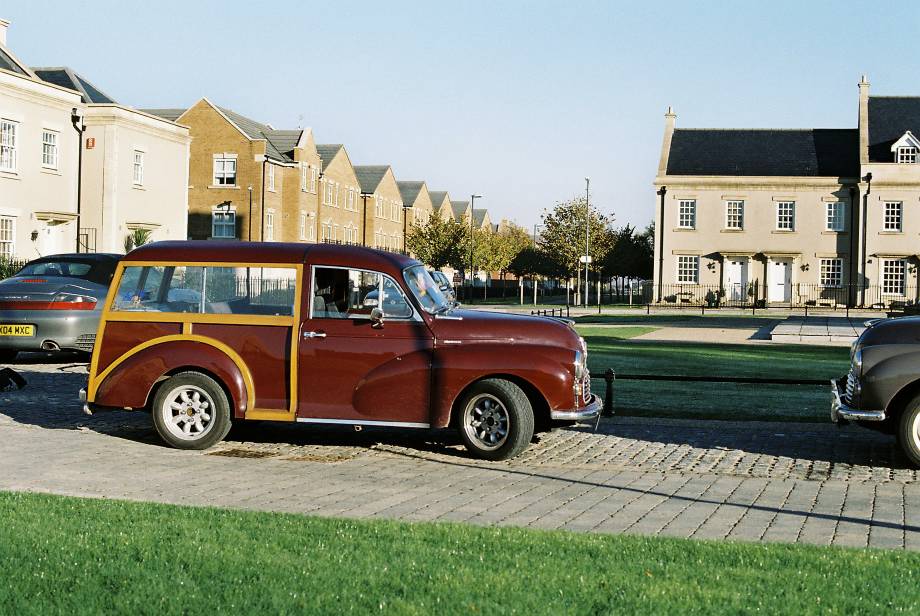 In fact, I sold the very car I’d purchased to beat BMW M5s on the freeways around my hometown just a scant few months after I bought it. And I kept the '65.

And then it hit me.

Gasoline was rapidly approaching £1 per liter, and it was running my bank account dry. It was smelly, and my slowly-rusting wreck was leaving oil everywhere.

I wanted something simpler, cheaper, easier.

So I started the strip-down of my beloved car, removing its interior by hand, selling off its old parts, and using a cheap Chinese electric scooter as my main form of transport.

But the 40-year old car was rusted through in places I knew I couldn’t afford to fix. I had to scrap her.

In the interim, my passion for electric cars was well and truly ignited. By this point, I’d found a cheap, three-wheeled neighborhood electric vehicle to drive around in: the City El. 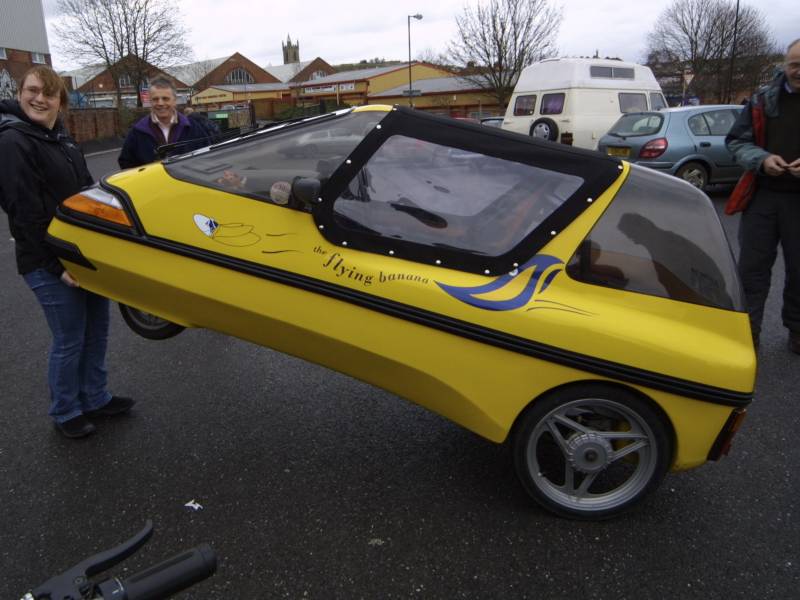 With a top speed of just 35 mph, crude handling, and a range of 30 miles on a good day, the City El wasn’t easy to drive.

It was electric, and that’s all I cared about. 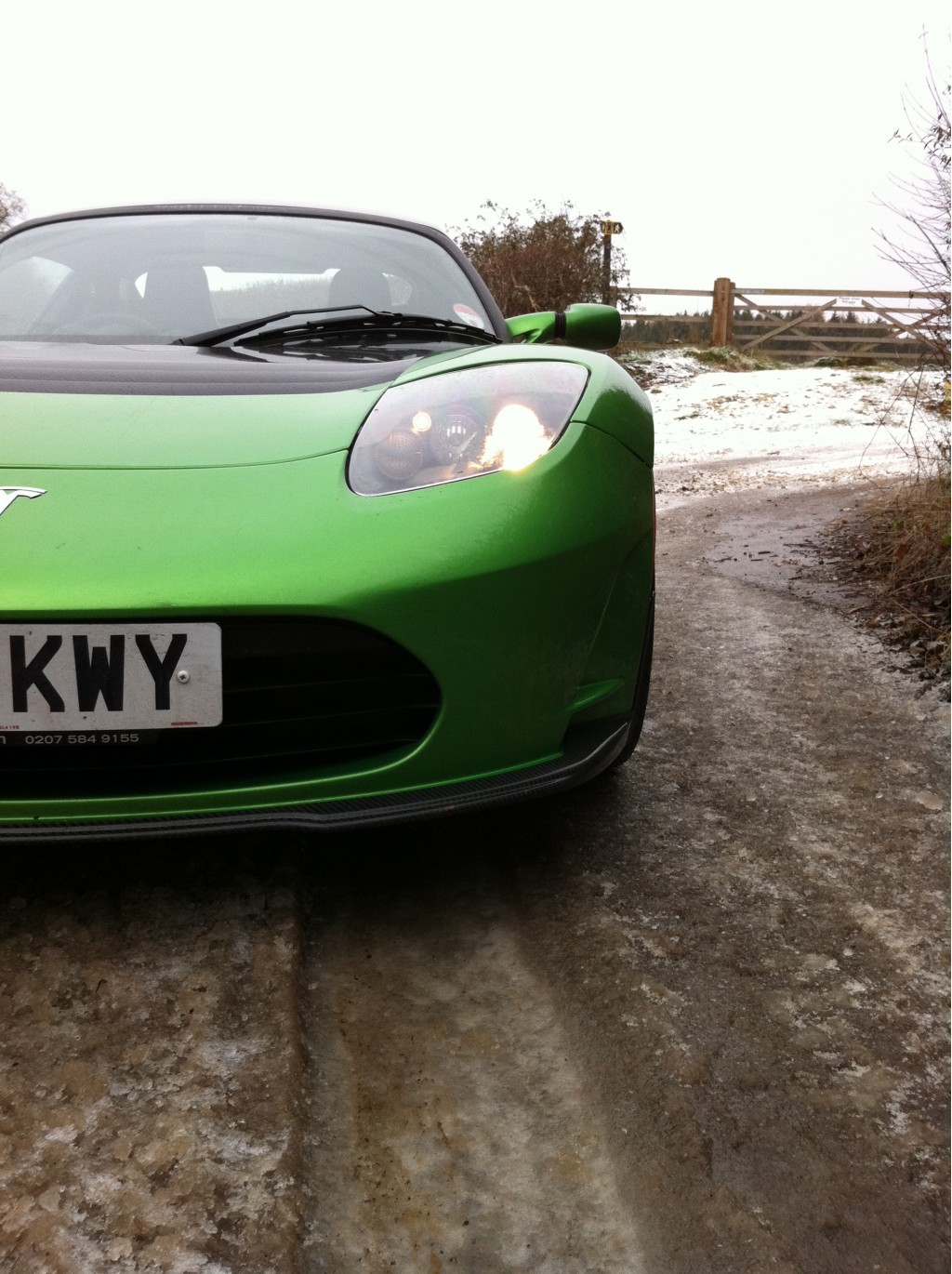 Since then, I’ve told everyone I can about the wonders of driving electric.

I even helped found the local plug-in car group, a group which has just celebrated its sixth year.

And I’ve worked my way through an increasingly fun collection of plug-in cars.

To date, these have included a plug-in Prius hybrid I converted myself--which met an untimely end due to my own shoddy work-- a G-Wiz NEV, and an extremely rare 1984 Volkswagen Golf CityStromer.

The latter became my wedding car in 2009, proudly driving my wife and I to and from our civil union ceremony. 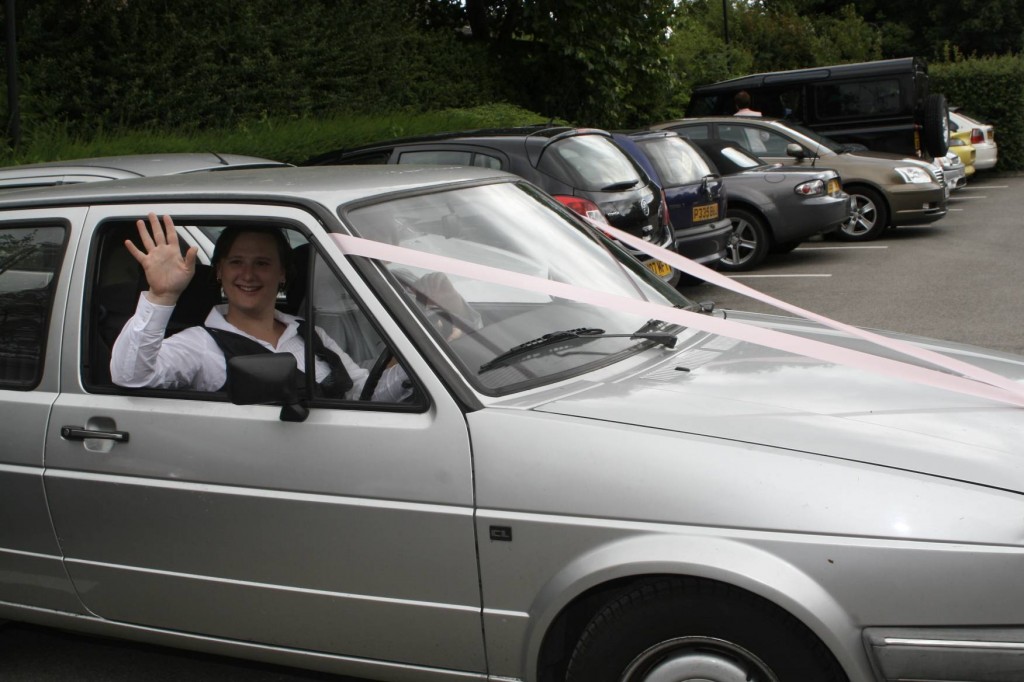 In 2010, I got a message from my good friend and plug-in advocate Chelsea Sexton. She knew I hated my job as a music teacher, and she thought she might have a solution.

“There’s a guy heading to London who I think you should meet,” she told me.

I booked a train ticket, and headed to London to make the rendezvous.

The man I met was John Voelcker, an automotive journalist and the editor of GreenCarReports.

Over a leisurely breakfast in Paddington Station, John and I chatted over our shared interests: Morris Minors, good tea, and green cars. 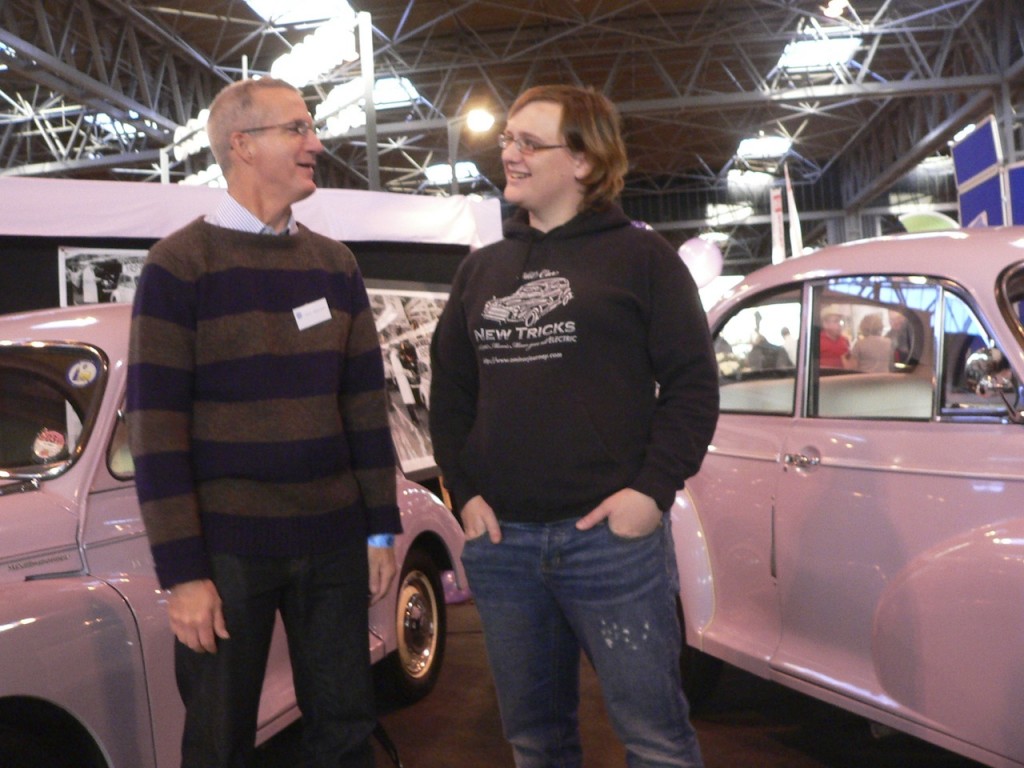 A few weeks later, I was offered a position writing for High Gear Media.

That was in March 2010. Since then, I’ve written somewhere in the region of 1,400 articles, and I’ve driven everything from a Tesla Roadster to a badly-converted Range Rover.

I’ve also been in the envious position of working in a job I’ve truly loved, traveling the world, and meeting some amazing people.

There are many, but perhaps my favorites have involved helping break the final specification for the 2012 Tesla Model S, watching the sun rise on the ancient city of Jerusalem, and--my all-time favorite--visiting the frigid Arctic.

But being an automotive journalist hasn’t always been about beautiful locations for another test drive.

Much of it has included early-morning starts, multiple deadlines, and all too often, hours and hours of waiting in train and airline departure lounges.

Over the past few months, I’ve noticed a steady tide of opposition to electric cars, as politicians, other media outlets, and even scientists question the viability of plug-in cars.

While I’ve done my best to help discredit the poor science, speak out against injustice, and promote plug-in cars, I’ve felt that being a journalist posed a drawback to being a plug-in advocate.

Essentially, I wanted to stop reporting on plug-in cars--and start getting people to drive them.

A month ago, I was approached by Zero Carbon World, a U.K Charity charged with improving the visibility of plug-in cars. The group promotes no-nonsense, membership-free charging stations, and helps prove that electric cars really are here to stay.

Zero Carbon World wanted to hire me as an advocate, event organizer, and media relations coordinator.

I jumped at the chance.

Today I leave behind a group of colleagues and friends who, in my humble opinion, are some of the best automotive journalists in the world.

They resist hype, fact-check, and, if I can say so, provide some of the candor and honesty which is so often missing from journalism today.

Today, I make the transition to electric car advocacy, but I hope to still write occasionally here as an unpaid guest blogger.

And of course, I aim to continue producing the TransportEvolved podcast, a weekly live electric car Internet show I’ve hosted for the past two years. 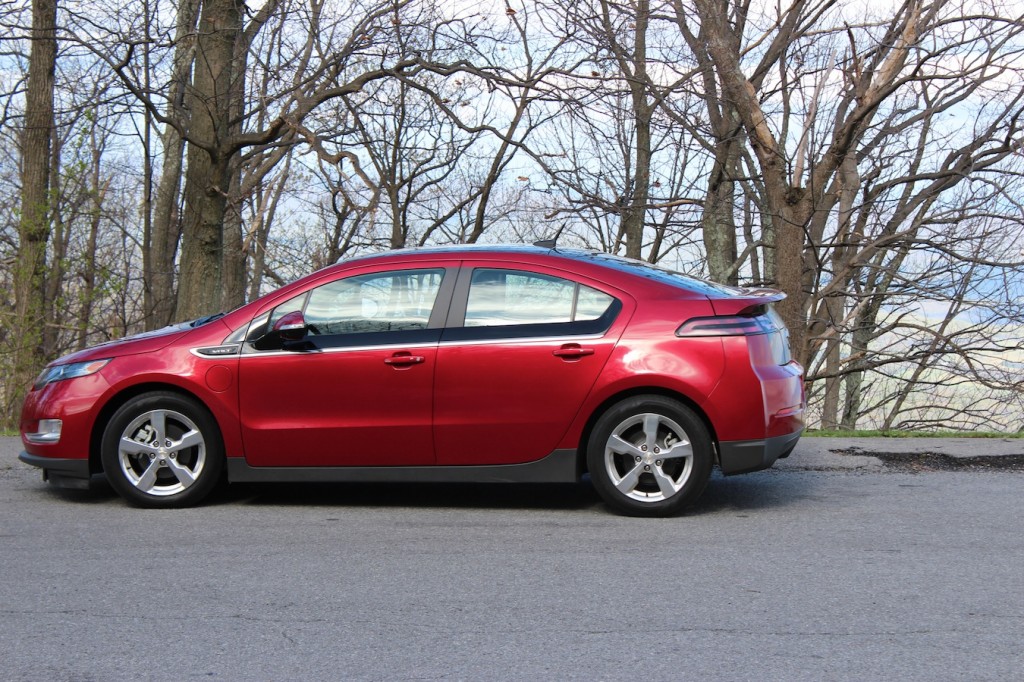 But perhaps the final summary of my time at High Gear Media can be typified by the phone call I received on Sunday from my wife’s parents in Virginia.

My father-in-law, a hardened NASCAR and Chevy Corvette fan, and my mother-in law, a woman who has driven nothing but sport-utility vehicles for the past few decades, had some news for me.

The advice and articles posted on this site had helped them make that transition, they told me.

My work here, it appears, is done.