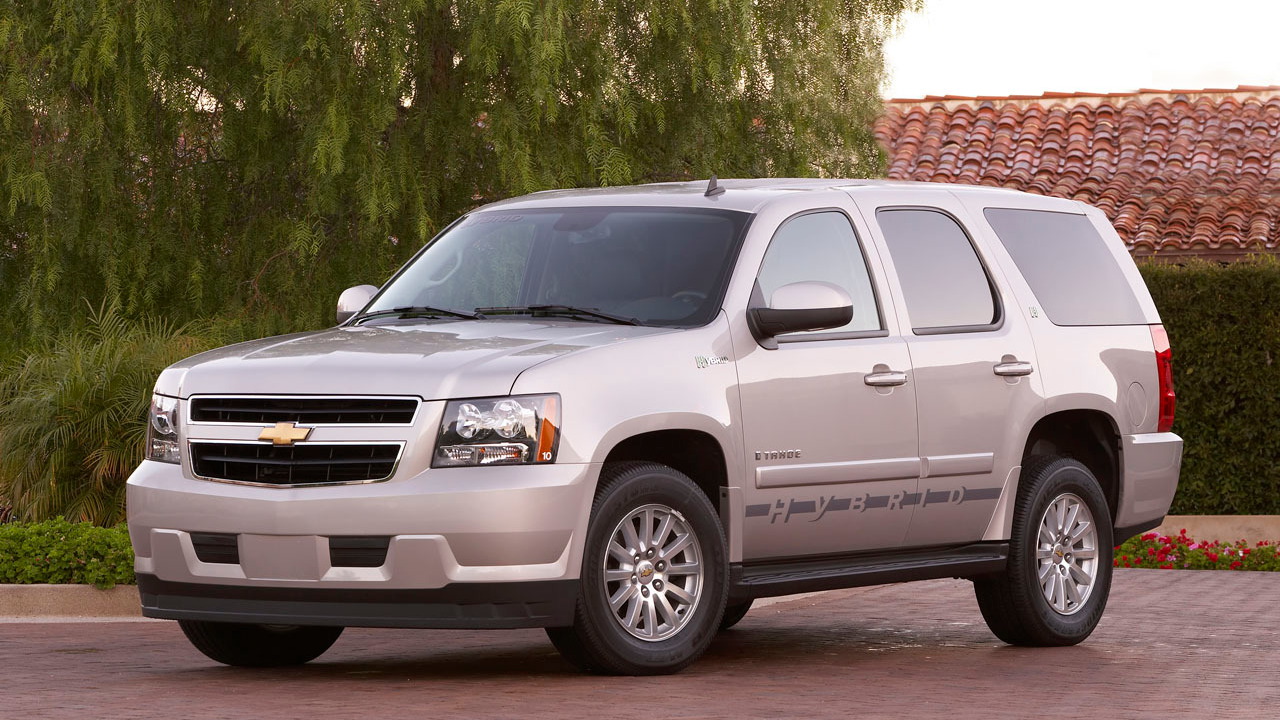 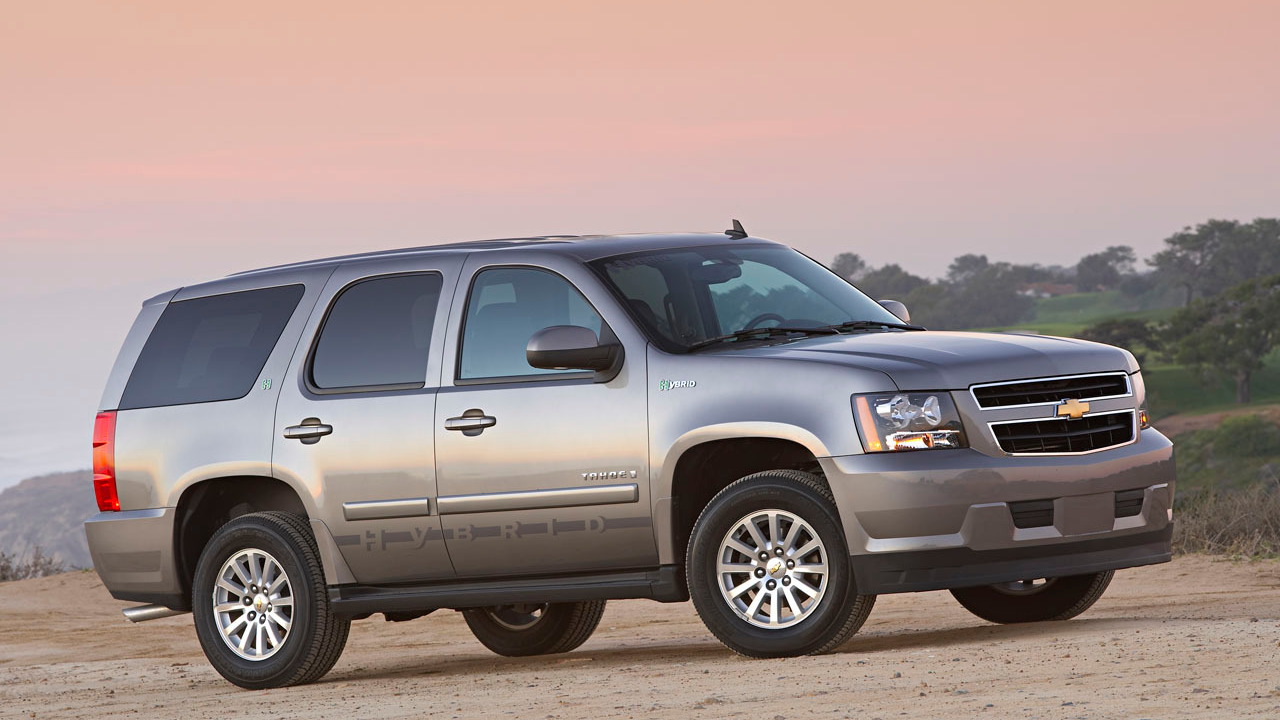 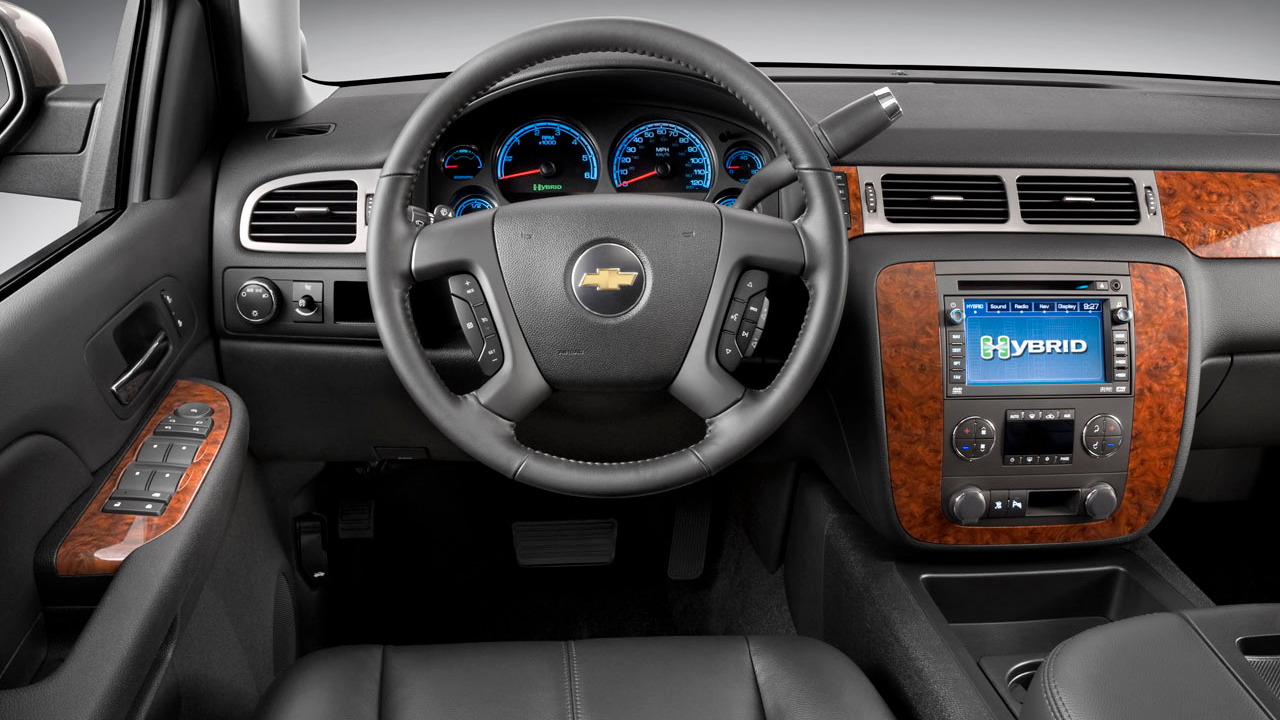 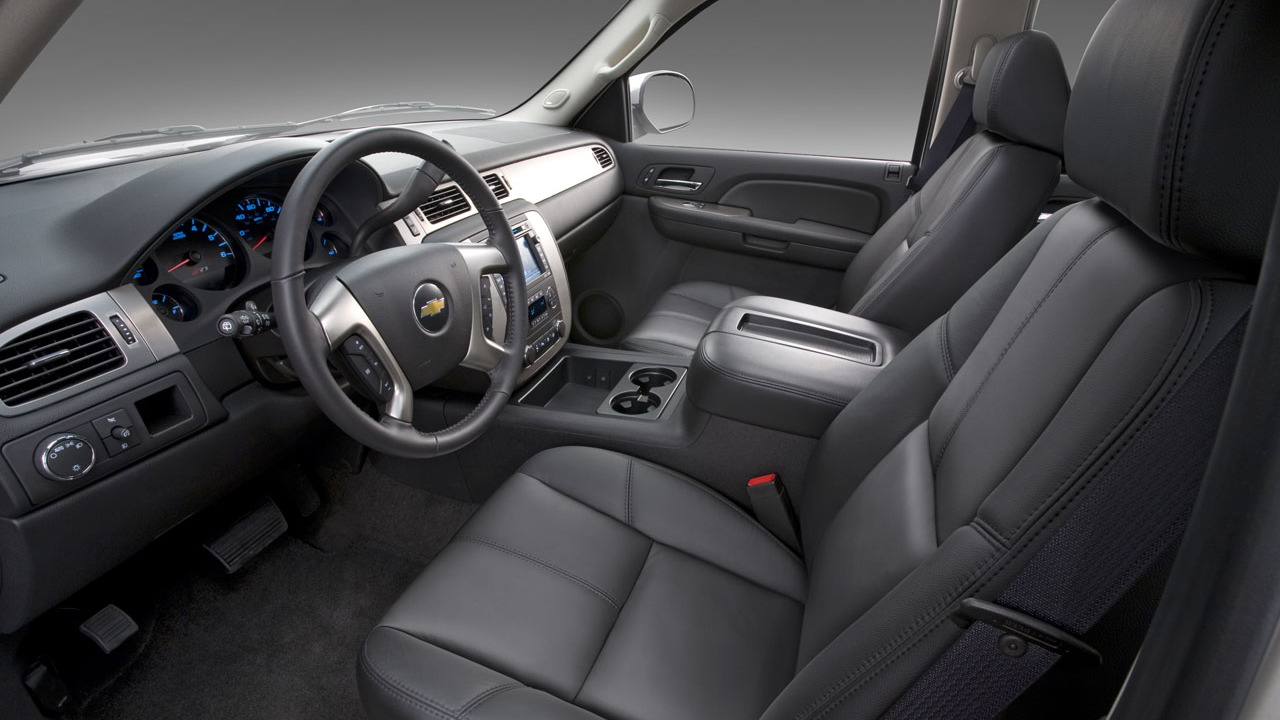 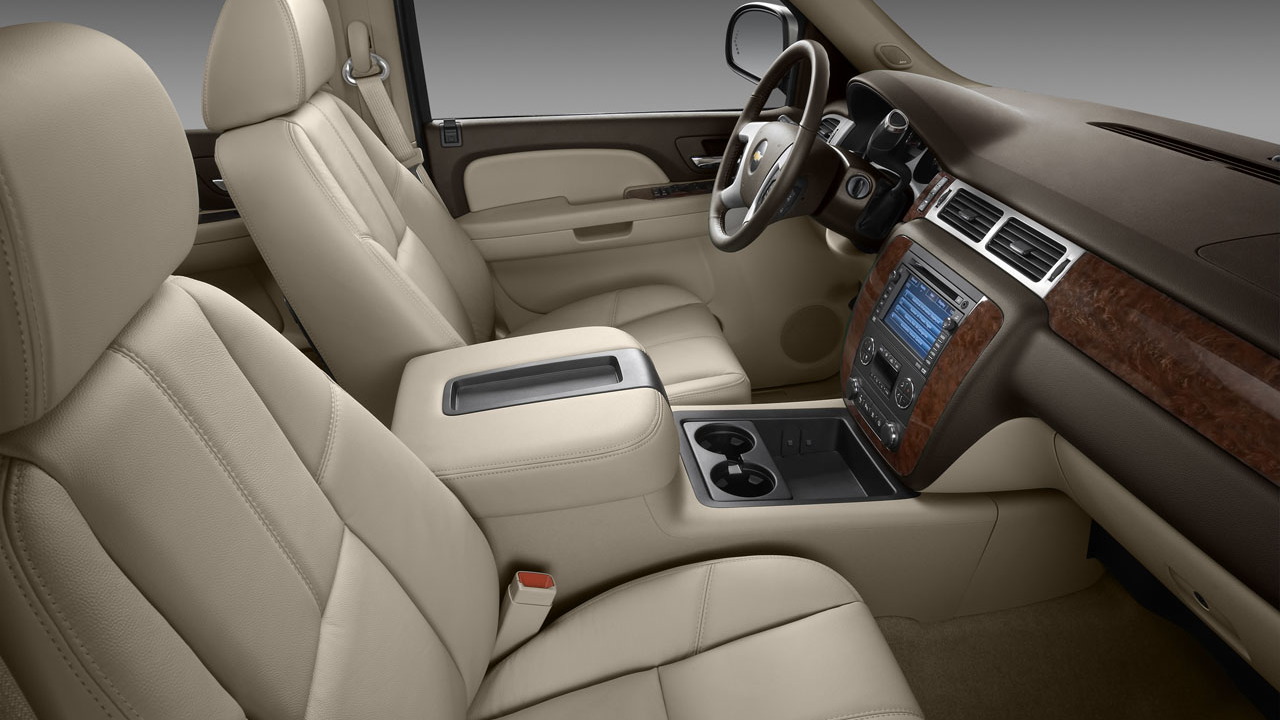 Why? Because there are green choices in every automotive category, and this is by far the greenest full-size sport utility vehicle.

We often read in our comments that no one needs a sport utility, that the entire world could and should drive 50-mpg hybrid hatchbacks.

That's as may be, but we try to recommend the best green vehicles for the world as it is--giving readers information they can use to make choices about the greenest option for their particular lives.

Which is a long intro to a big vehicle.

The Chevrolet Tahoe Hybrid (along with its clone, the GMC Yukon Hybrid, and its far flashier, swankier big brother, the Cadillac Escalade Hybrid) is based on GM's full-size pickup truck and sport-utility platform, of which more than 500,000 are sold each year. 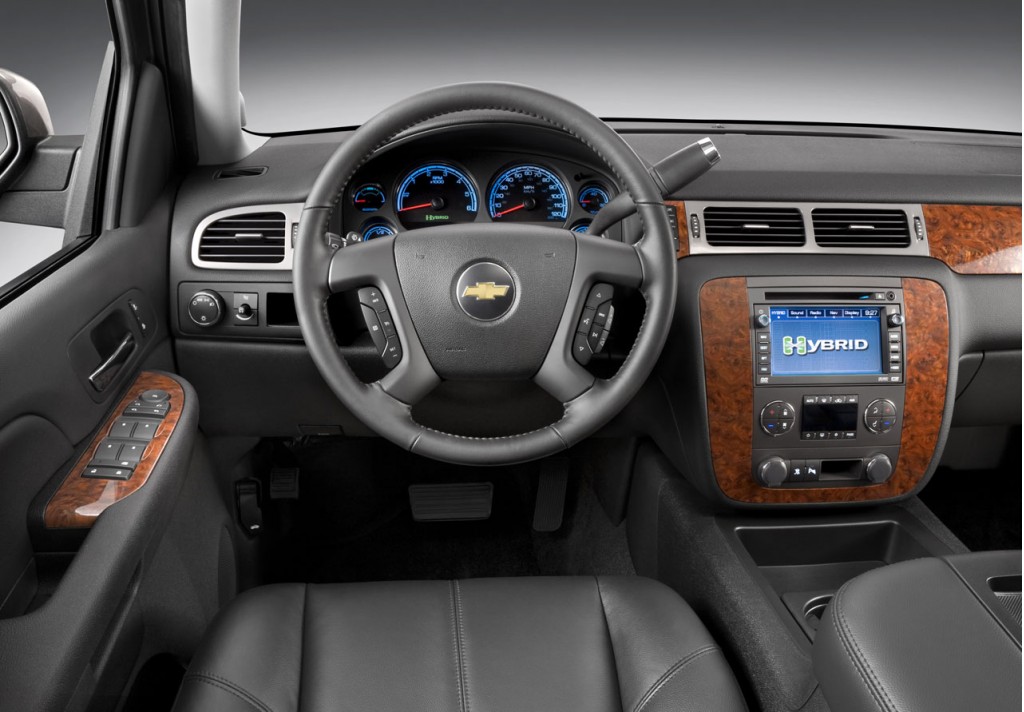 The hybrid version pairs a modified 6.0-liter V-8 to GM's fiendishly complicated and expensive Two-Mode Hybrid system, which provides hybrid assist not only in low-speed and around-town usage but also at highway speeds.

it's powered by a nickel-metal-hydride battery pack under the rear seat that feeds electricity to one or both motor-generators to power the vehicle solely in electric mode at low speeds (up to 20 mph, in our experience, under light acceleration) and to assist the V-8 under heavier loads.

Engine overrun power is used to recharge the battery through one motor-generator, as is regenerative braking. 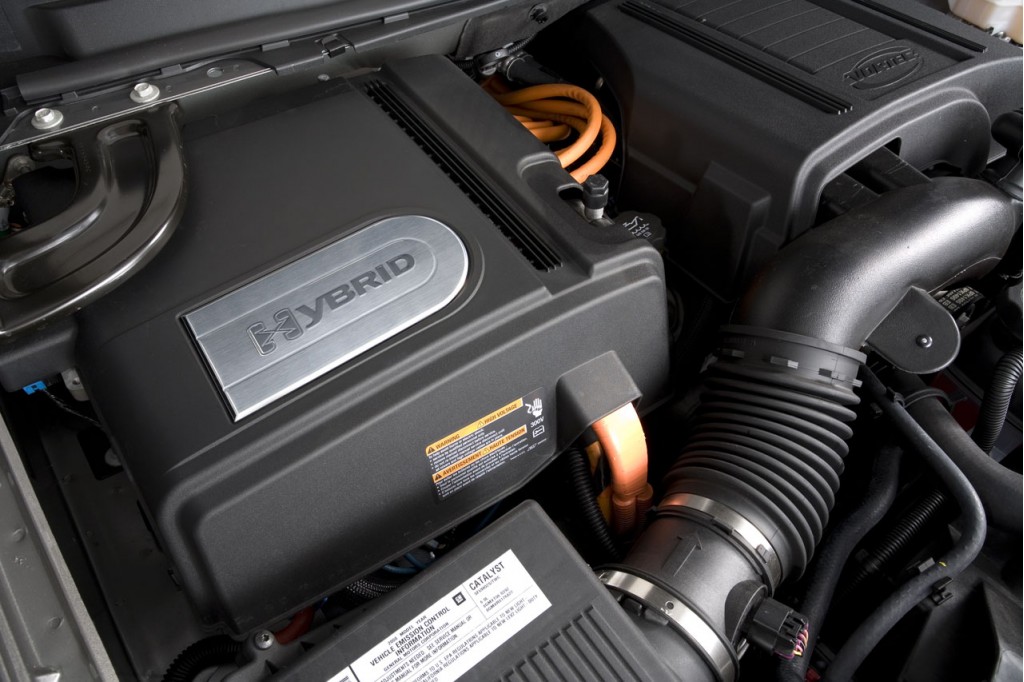 The first time we drove one, we found the hybrid driving sensation slightly eerie in such a large, clumsy vehicle. The Tahoe Hybrid weighs 5,600 pounds, although it can also tow 6,200 pounds--try that in your Toyota Prius!

The GM Two-Mode family may be the sole hybrids in production to use live rear axles--and the ride and handling make you aware of that quickly.

But the system really can move the Tahoe Hybrid away from a stoplight silently under electric power, and a dash indicator shows when the V-8 engine is able to deactivate half its cylinders at speed.

Those ratings are, respectively, 31 percent and 25 percent better than the ratings for the best non-hybrid models, which are 16 mpg each.

(To be fair, the latest gasoline models fitted with a six-speed automatic have each risen--slightly--to 17 mpg. The Hybrid still handily beats them both.)

GM makes fewer than 10,000 Two-Mode vehicles in total each year, across the three SUVs plus two hybrid pickups. The Tahoe Hybrid is the highest single seller among the five, which is why we chose it. 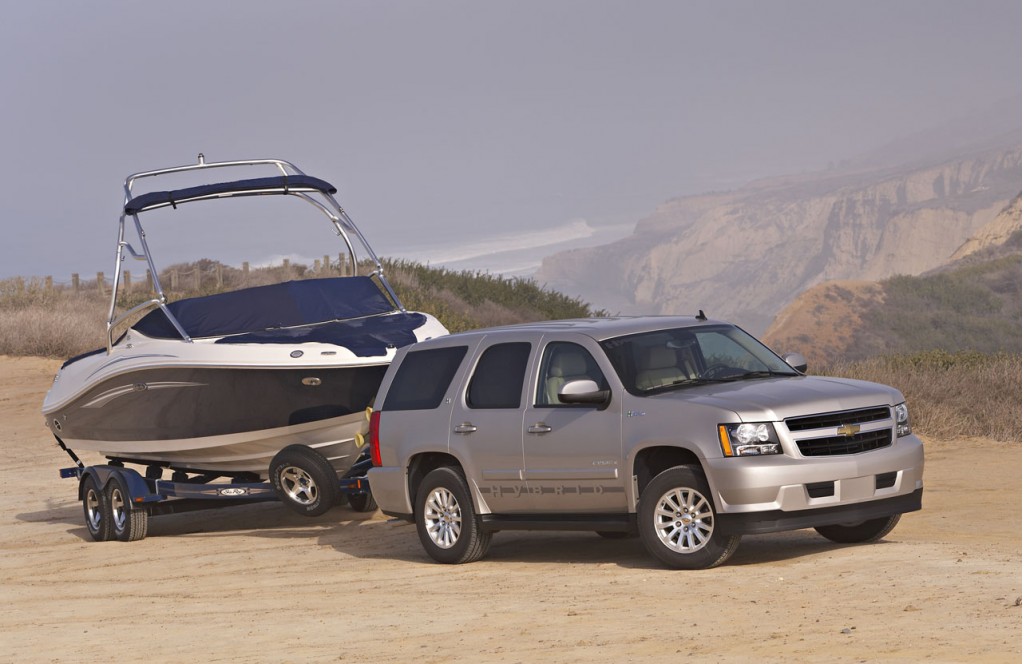 It's also the only one with unique styling, though you have to be a real truck geek to notice it. The Tahoe Hybrid has a slightly different front grille and bumper shield, to improve aerodynamics and reduce wind resistance--raising efficiency at highway speeds. The GMC and Cadillac hybrid SUVs have identical styling to their gasoline counterparts.

It's not cheap as a new vehicle, with a 2012 list price of more than $52,000 with delivery included. That compares to the cheapest gasoline Tahoe model, which is about $13,000 less this year.

A quick search of eBay Motors found a surprising number of used Tahoe Hybrids from 2008 through 2011, more than 200 when we searched (though it's possible some of those listings may have been for regular Tahoe models--we didn't check all of 'em).

A rough rule of thumb is that the big sport utility loses about a third of its value after the first year, and the second third during the next four years, so that in theory it's worth 30 to 40 percent of its purchase price after its fifth year.

In practice, though, you may pay a little more for a sport utility with such good mileage these days--though we don't have any data to back up that assertion.

If you own a Tahoe Hybrid, or used to, leave us your thoughts on the car in the Comments below.