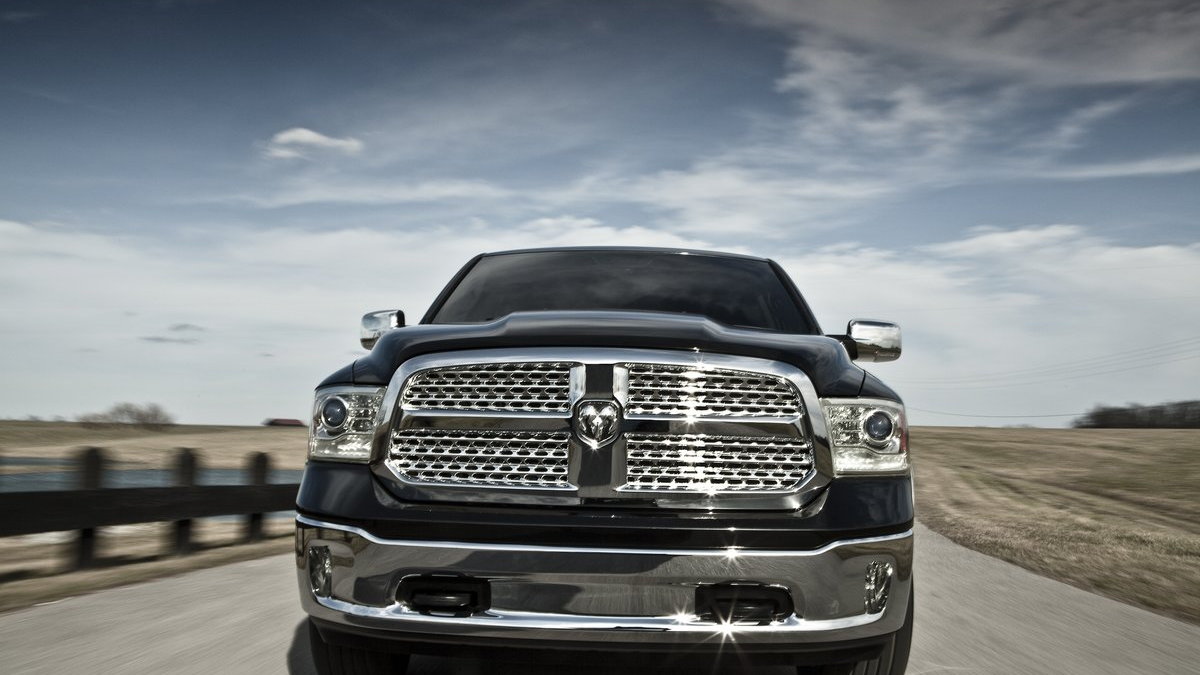 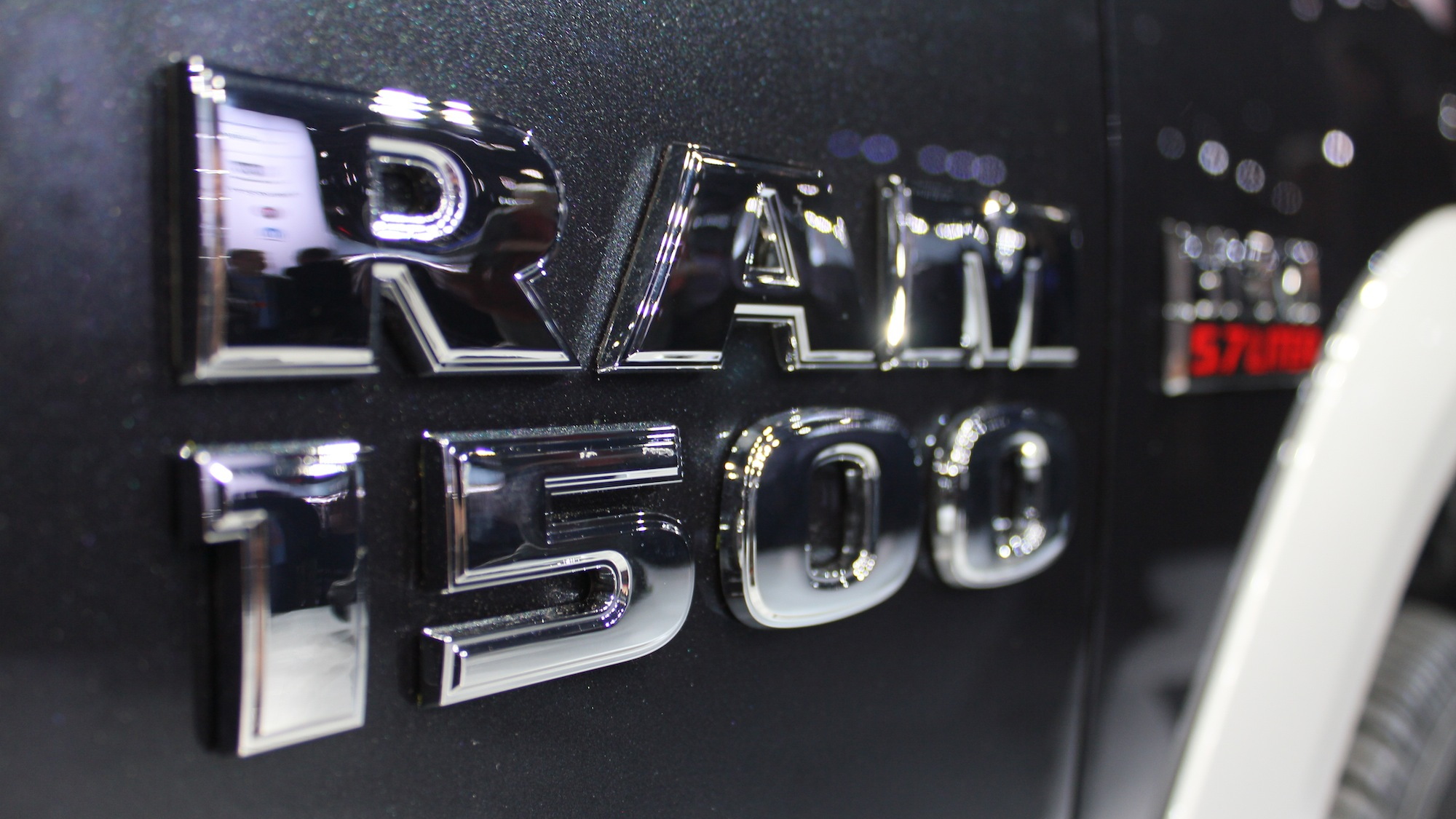 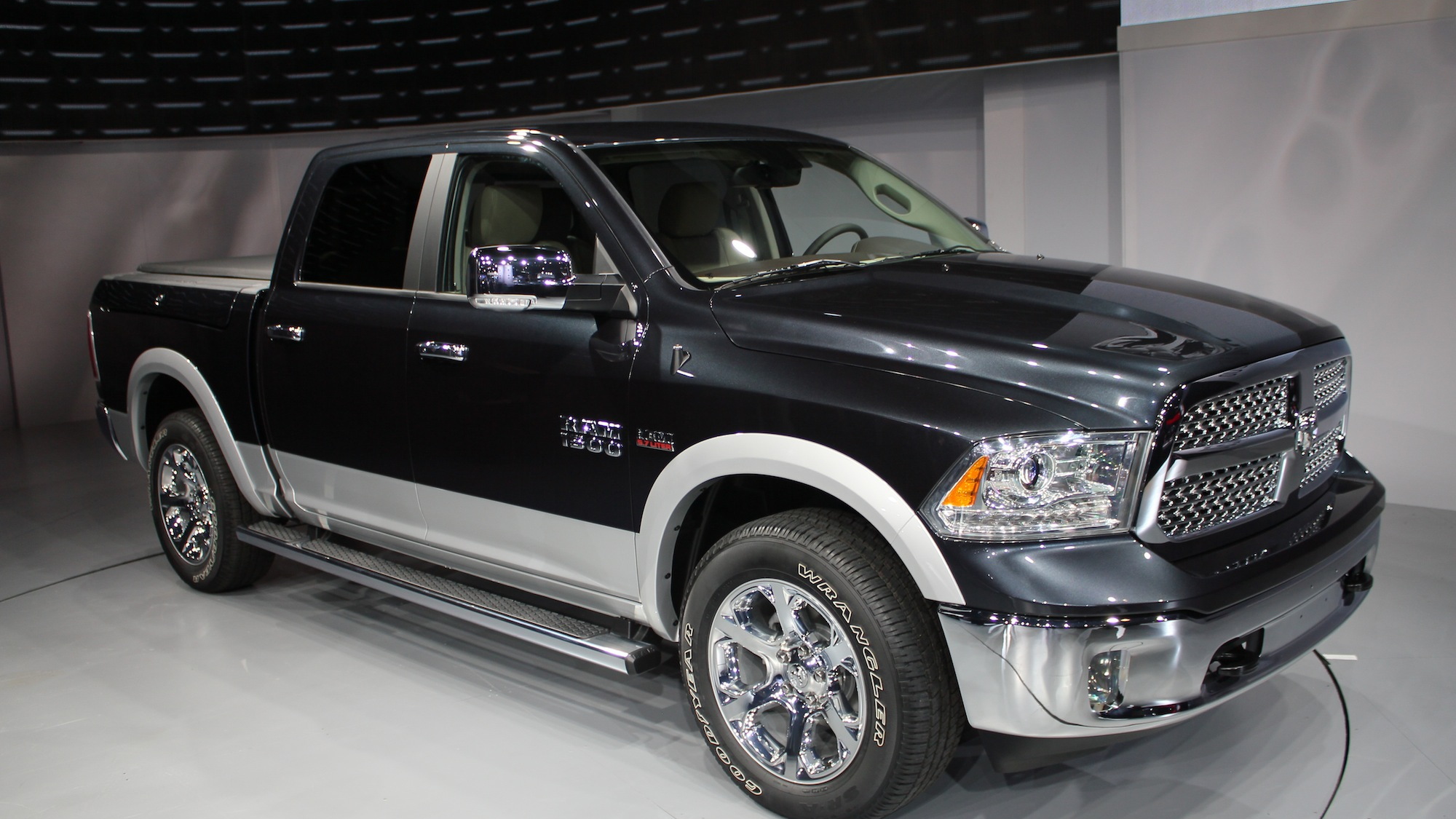 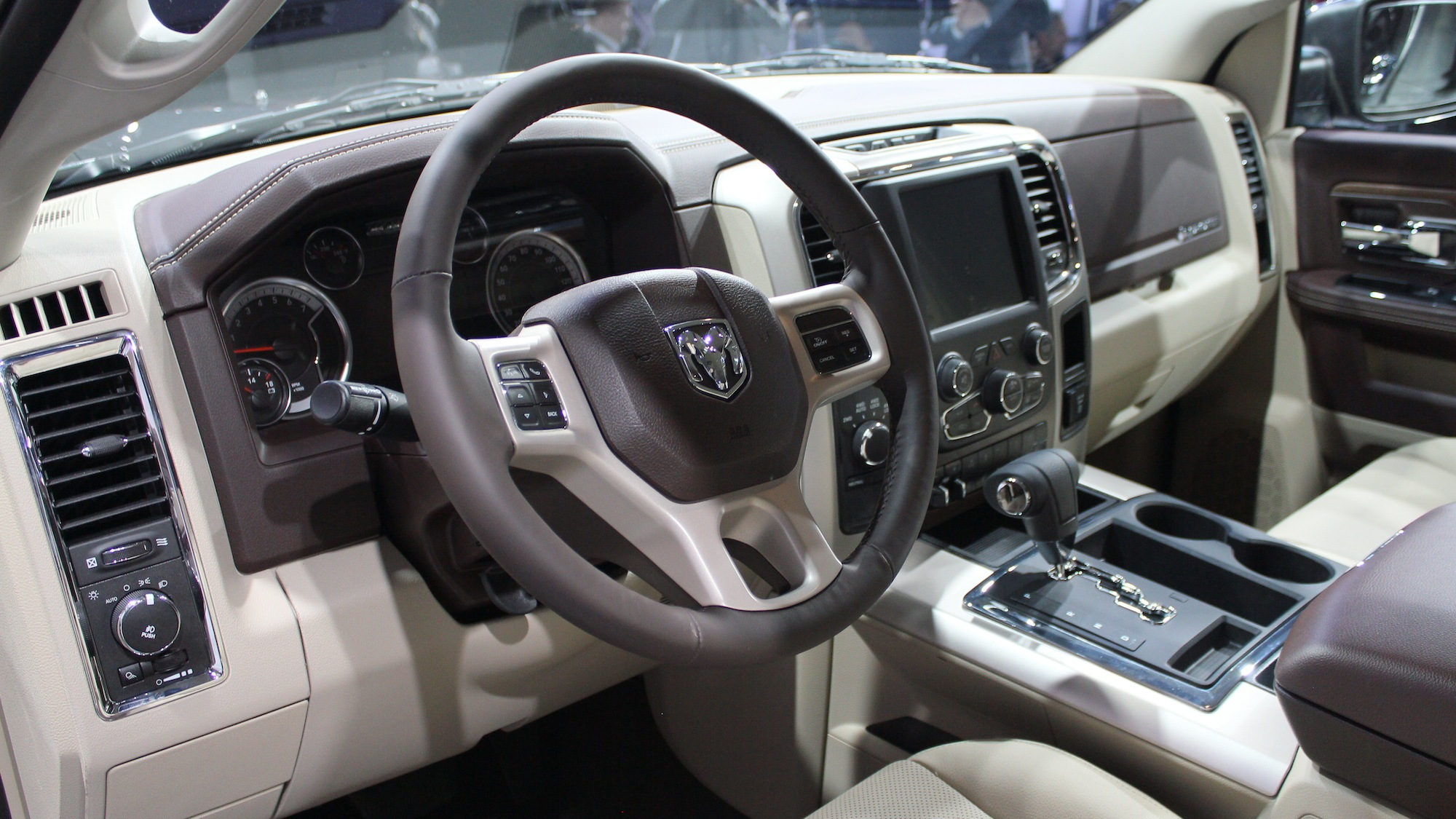 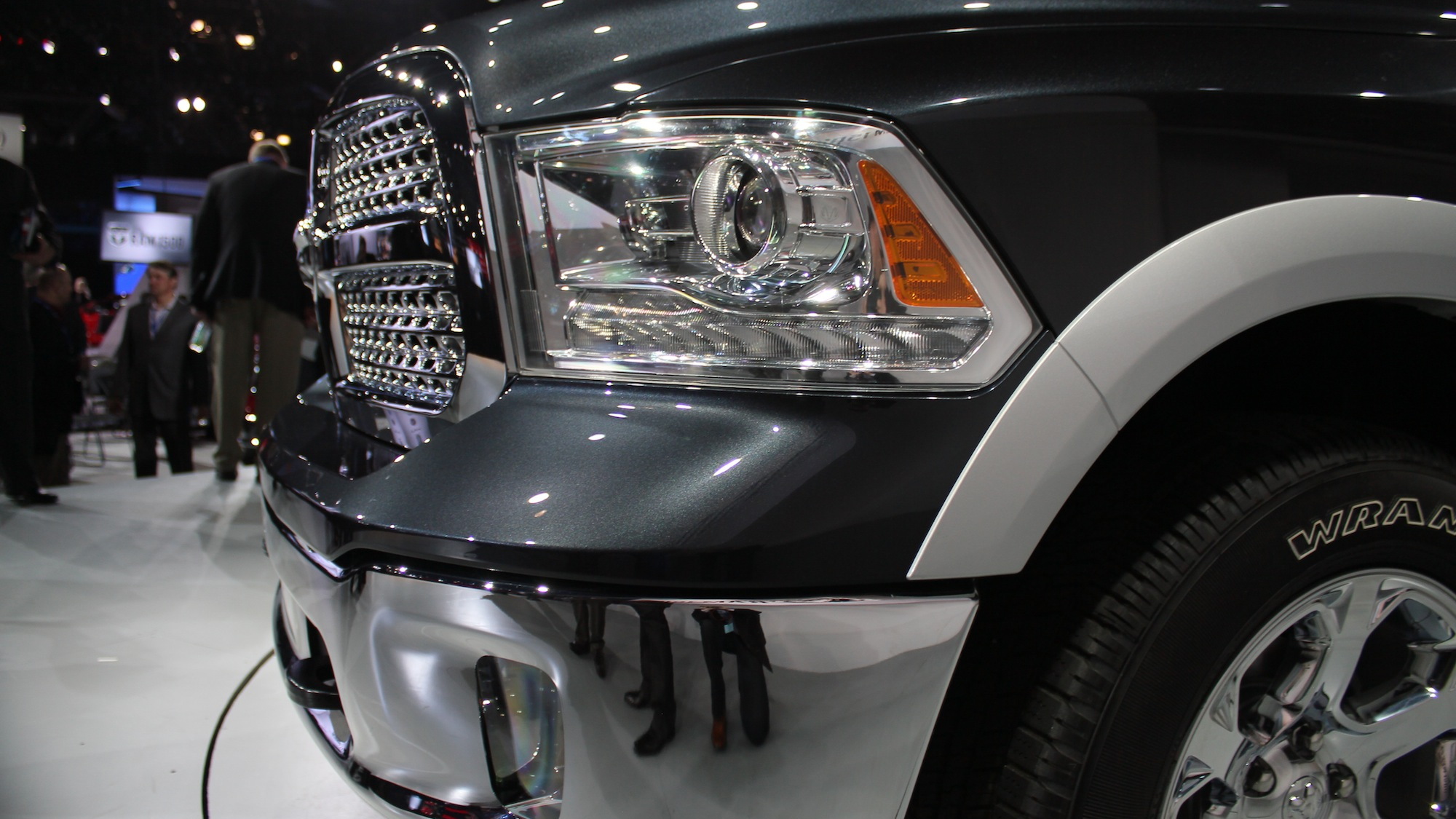 The New York Auto Show, now open to the public, occupies two floors of the Javits Convention Center, and organizers this year were strict about relegating trucks to the basement.

Chrysler was allowed only a single truck or crossover in its entire main-floor display. So it chose the 2013 Ram 1500 full-size pickup truck--for good reason.

While the latest Ram looks essentially the same on the outside, it has a host of changes under the skin that boost its fuel efficiency significantly.

The key is a pair of new or revised engines and transmissions, along with aerodynamic aids and a start-stop system.

Ram says that despite the 42-percent power boost, the combination improves gas mileage by at least 20 percent. That would give the 2013 Ram 1500 with V-6 pickup a combined EPA rating of at least 19 mpg in rear-wheel drive form, up from 16 mpg.

That 3-mpg improvement saves almost 1 gallon of gasoline every 100 miles--the same amount as replacing a 33-mpg compact with a 50-mpg hybrid (although the pickup still burns 5-plus gallons over those 100 miles, versus 3 gallons for the compact car).

The second engine is the company's 395-hp 5.7-liter Hemi V-8, which in past years has come with a six-speed automatic transmission but can now also be ordered with the eight-speed automatic as well.

Refinements to the engine boost its fuel economy at least 10 percent, Ram says, which would raise its combined EPA rating from 16 mpg to either 17 or 18 mpg.

A start-stop system will be an optional feature as well, the first time such a system has been offered on a full-size pickup truck. Ram says the system improves gas mileage about 3.3 percent in urban stop-and-go driving, giving about a 1-mpg boost on the city cycle.

Ram has also cut weight from 30 to 76 pounds through a combination of lighter drivetrains and careful redesign of the truck's frame. And it now fits electric power steering, which eliminates the parasitic load on the engine from a power-steering pump.

Other updates include active aerodynamics, including not only grille shutters that (similar to those on the Chevrolet Cruze Eco compact sedan) but also air suspension that lowers the truck at speed.

And all Ram 1500 pickups for 2013 are fitted with low-rolling resistance tires.

The active grille shutters block air from passing through the radiator and engine compartment when cooling load is low, reducing aerodynamic drag in the process by routing airflow around the outside of the vehicle.

By lowering the truck 1.1 inches at higher speeds, the air suspension keeps the underbody closer to the road surface--lowering ground clearance from 8.7 to 7.6 inches--which reduces turbulence generated by air passing under the vehicle.

The air-suspension system also provides automatic load leveling, particularly important in pickup trucks that carry thousands of pounds of cargo, and increased height for off-road use.

Altogether, the aerodynamic improvements reduced the truck's drag coefficient by about 6 percent to 0.363. While that's still far higher than the 0.25 Toyota quotes for its Prius hybrid, the Ram is obviously a much larger and far more capable vehicle.

(Or as we wrote about the 3-ton towing capability of GM's 2009 hybrid pickups: Try this in your Prius!)

Other 2013 Ram 1500 updates include a new dashboard rotary dial for gear selection and the latest generation of Chrysler's Uconnect telematics and infotainment system with an 8.4-inch display.

Up front, although it's easy for novices to miss, the latest Ram 1500 pickup has a new grille and front fascia--it's actually 1 inch taller, Ram says proudly--along with revised headlamps and LED front turn signals.