Not everyone can afford to put the latest electric car on their driveway, but for only a few dollars you can get die-cast models of all the biggest electric car hits of the last few years.

Whether for your kids or just the big kid inside you, show your support for the electric car cause by getting your hands on a few of the models below. Many will be on sale at your local Target and other stores, others are widely available on sites like eBay.

Probably the most well-known electric car of recent years - if not ever - Tesla's Roadster was always going to be immortalized as a model car. For only a couple of dollars you can get a Hot Wheels version, available in plenty of different colors. Despite the small scale, detail is impressive, right down to the Tesla lettering across the rear panel.

Another big name in the electric car world, there are a few different companies making die-cast replicas. One is Japanese maker Tomica, with a slightly basic 1:68 scale model, and fellow Japanese brand J-Collection makes a more impressive 1:43 scale model (usually around 4 inches in length), with various colors available. It's a good model to have - no doubt the Leaf will become quite collectable one day. 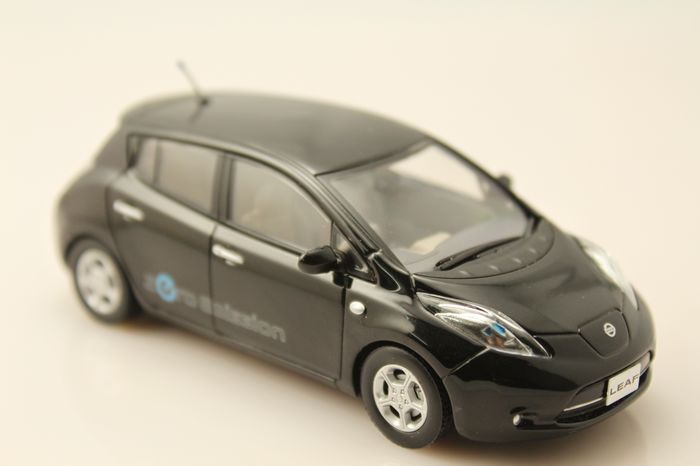 Like the Leaf, the Volt is available in a couple of different scales - Maisto makes a 1:64 scale version, most of which seem to be red. GCO makes a 1:18 scale version, in silver. 1:18 models are typically around 11 inches long and make good display models - they usually have plenty of details, and feature working steering, opening doors and more. 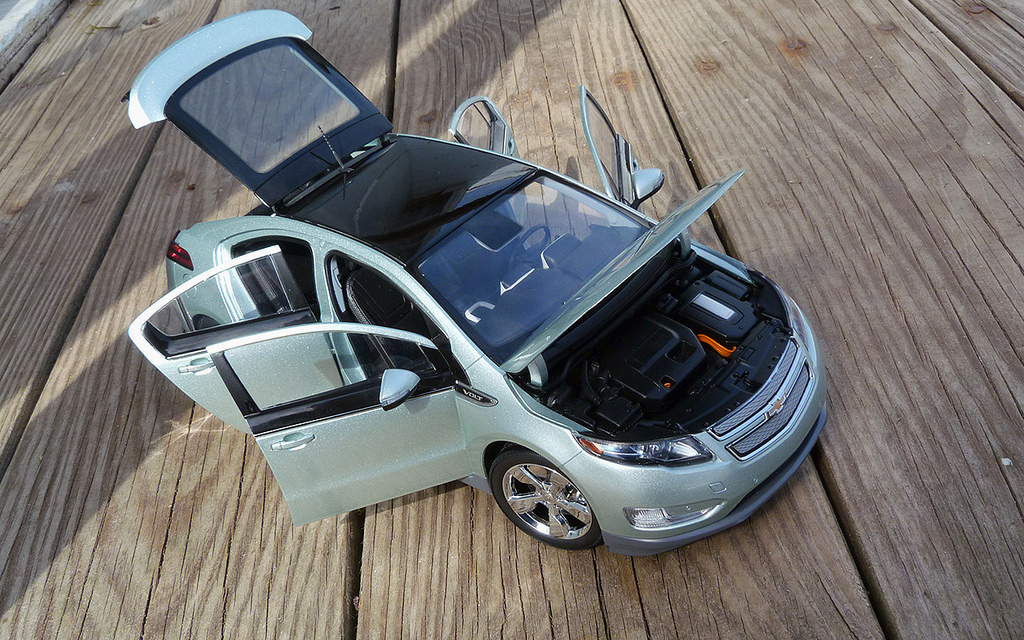 Matchbox cars have been around for years, and the brand pretty much gives its name to the 1:64 scale model class, where you'll also find Hot Wheels cars. Matchbox has the license to make the Karma, and for only a few dollars you can get your hands on one in a variety of colors. It looks like a detailed model to match the Hot Wheels Tesla, and as with any other early electric vehicle will probably become a collectors' item one day. 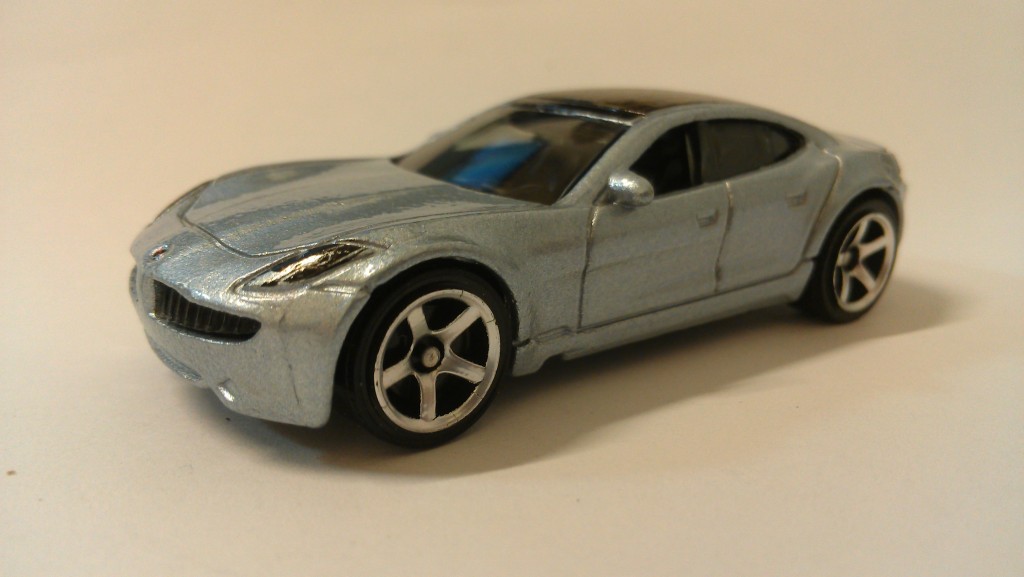 Mitsubishi's 'i' electric car, or i-MiEV in many markets, somehow suits being scaled down. Even the real vehicle is virtually a toy in size, so it seems appropriate. Japanese make Tomica does a replica in roughly 1:58 scale (similar to the standardized 1:64 scale in physical size), but like the Leaf it's not the most detailed representation. Both J-Collection and French make Vitesse do better, 1:43 scale versions. 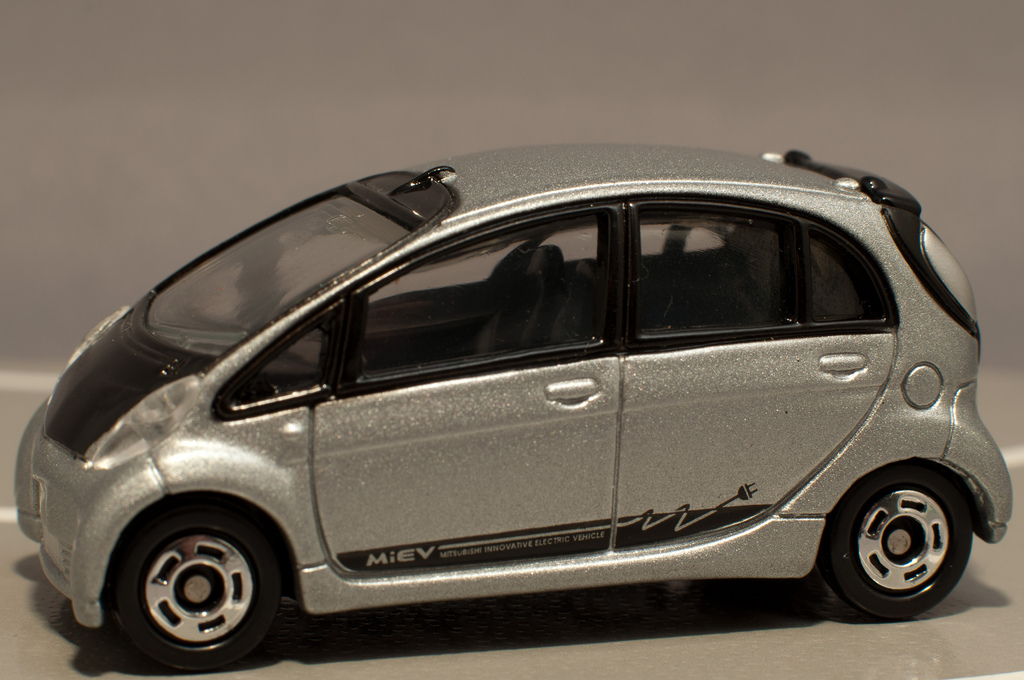 And something completely different...

So what if new electric cars aren't your thing? Well, when searching for die-cast cars, we came across this rather funky 1910 Baker Electric money box. The listing says the model is about 4.5 inches long, and we think it'd make a great addition to anyone's collection. If hybrids are more up your street, it's also possible to get your hands on miniature models of cars like the Toyota Prius, Honda Insight and Honda CR-Z, in a selection of scales. 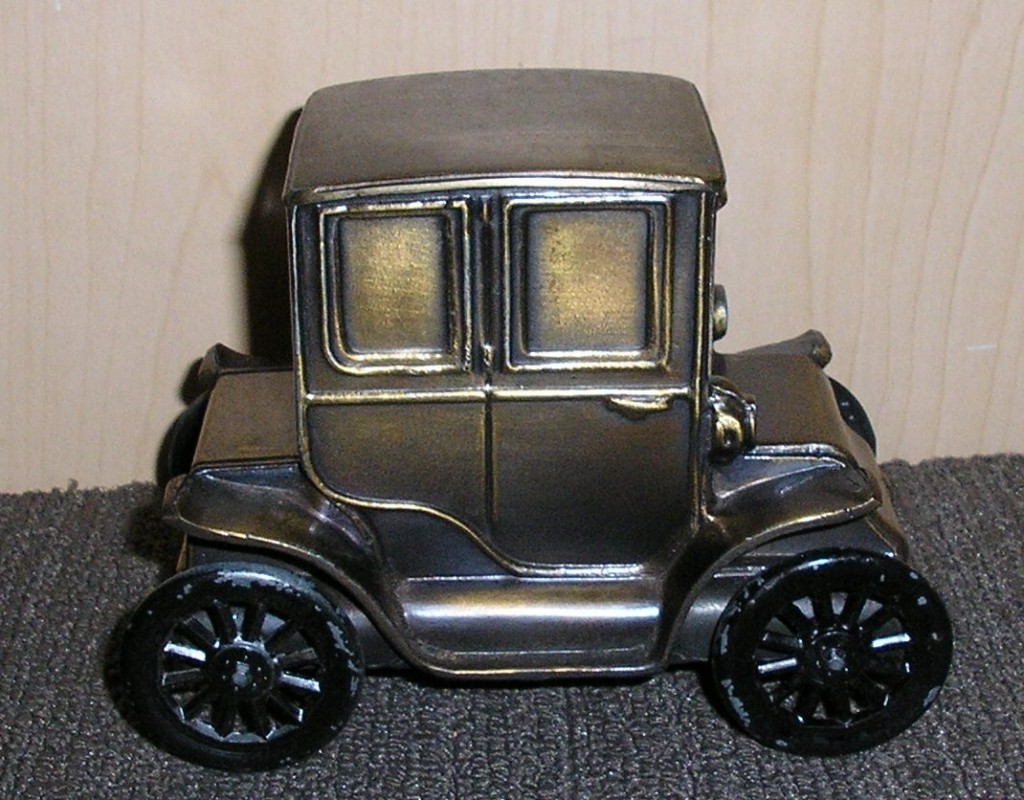 One might consider diecast electric cars to be the truest representations of their real counterparts of any models - after all, just like the cars they represent - they're zero-emissions...