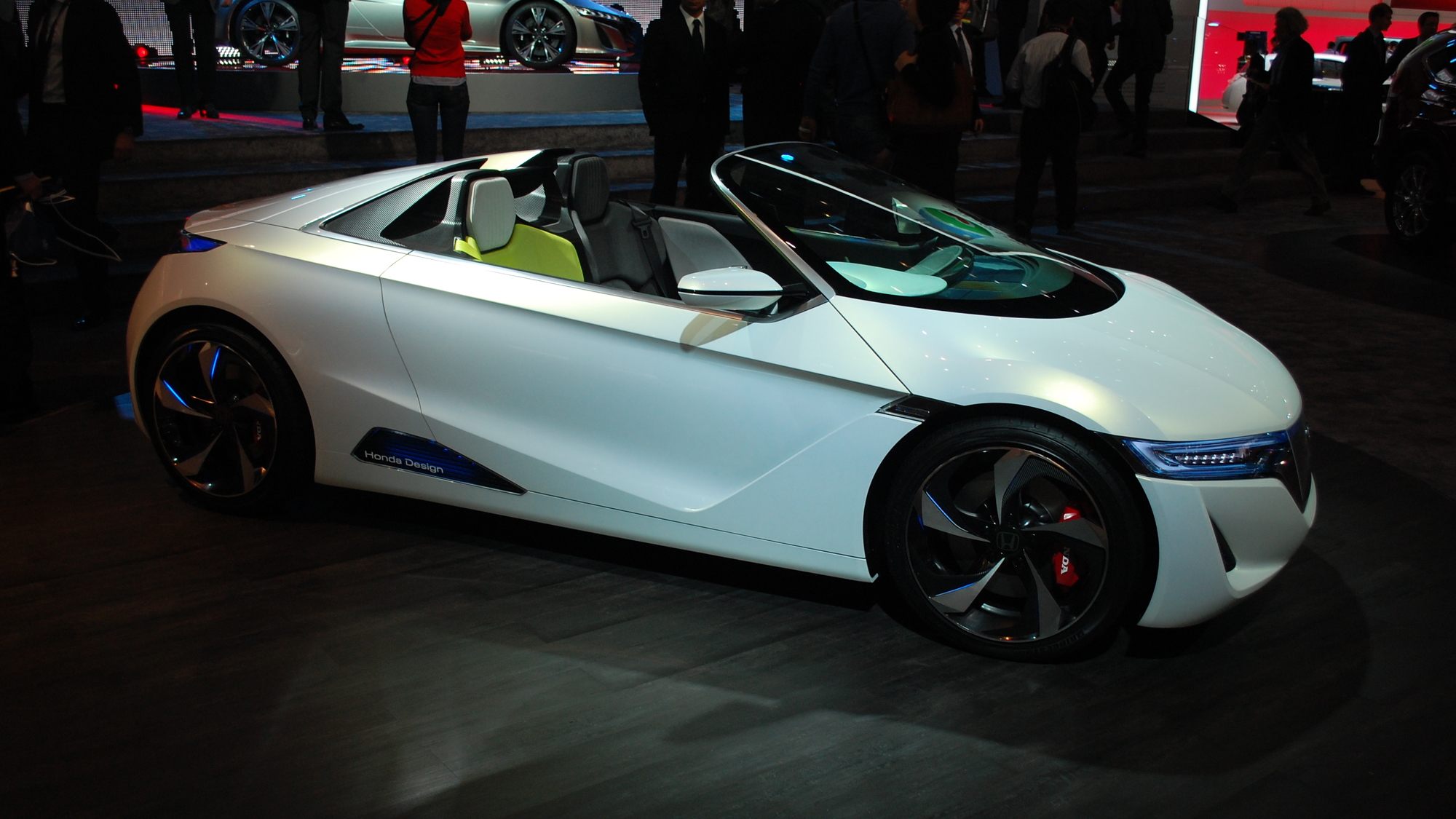 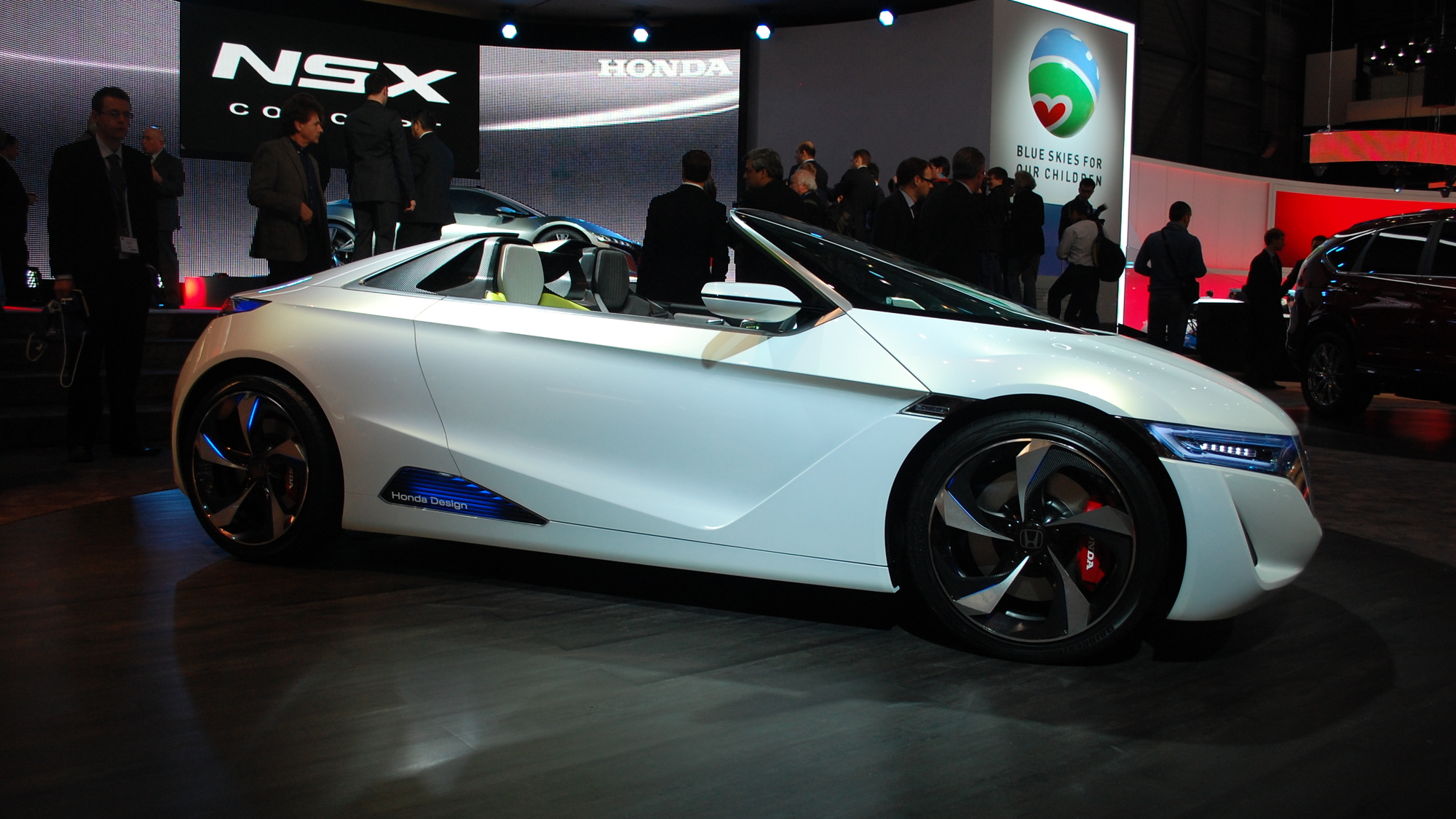 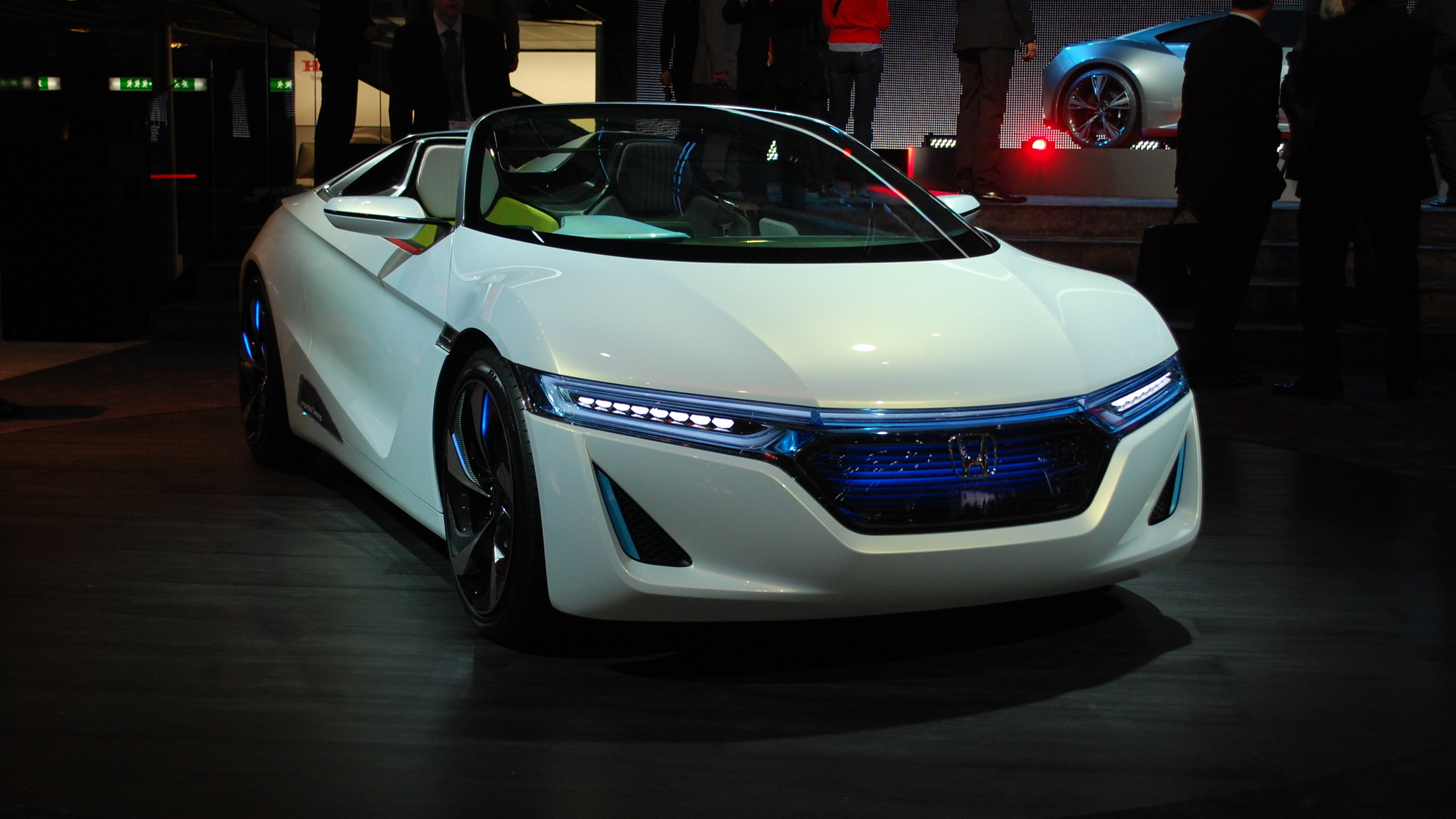 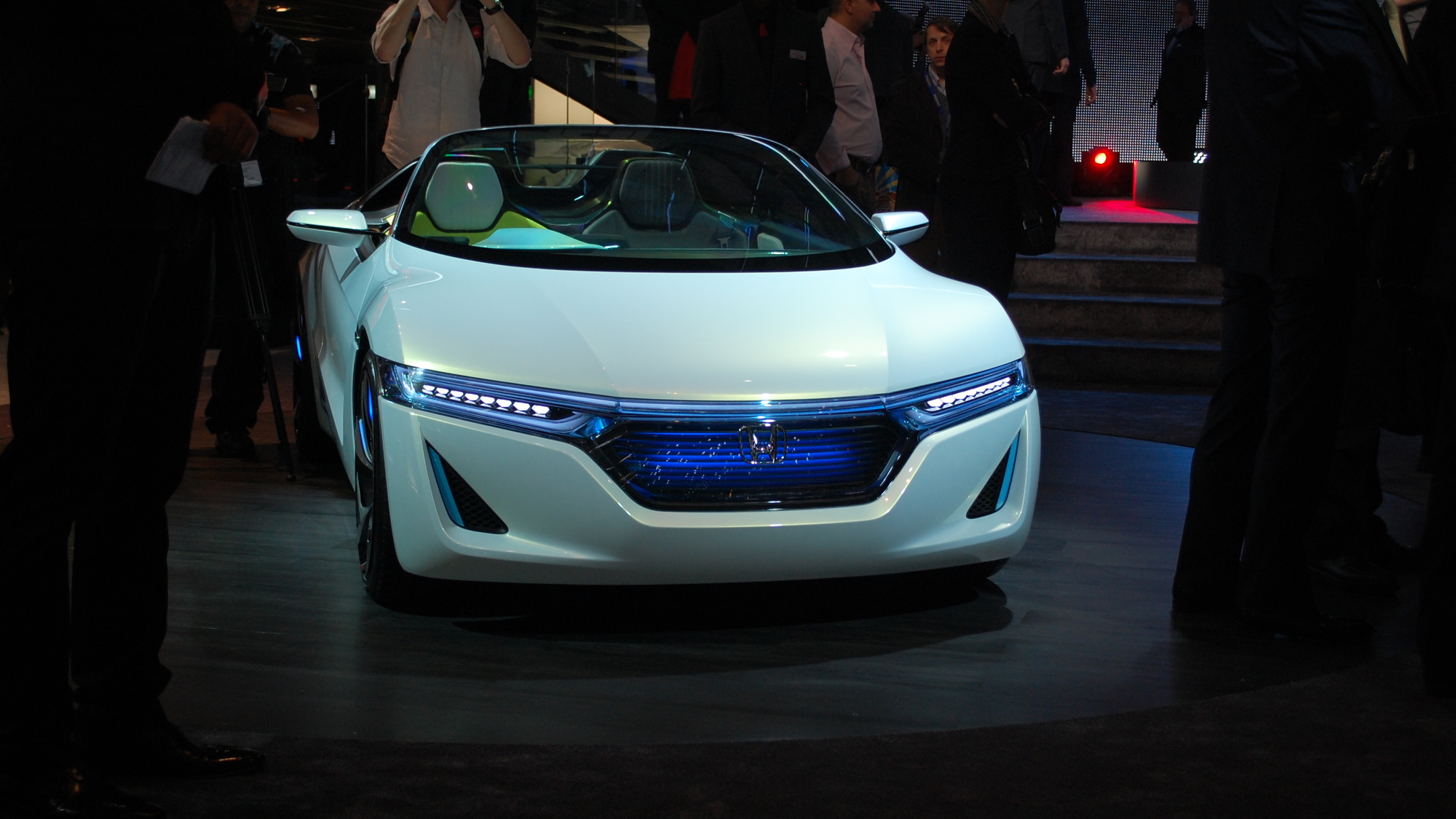 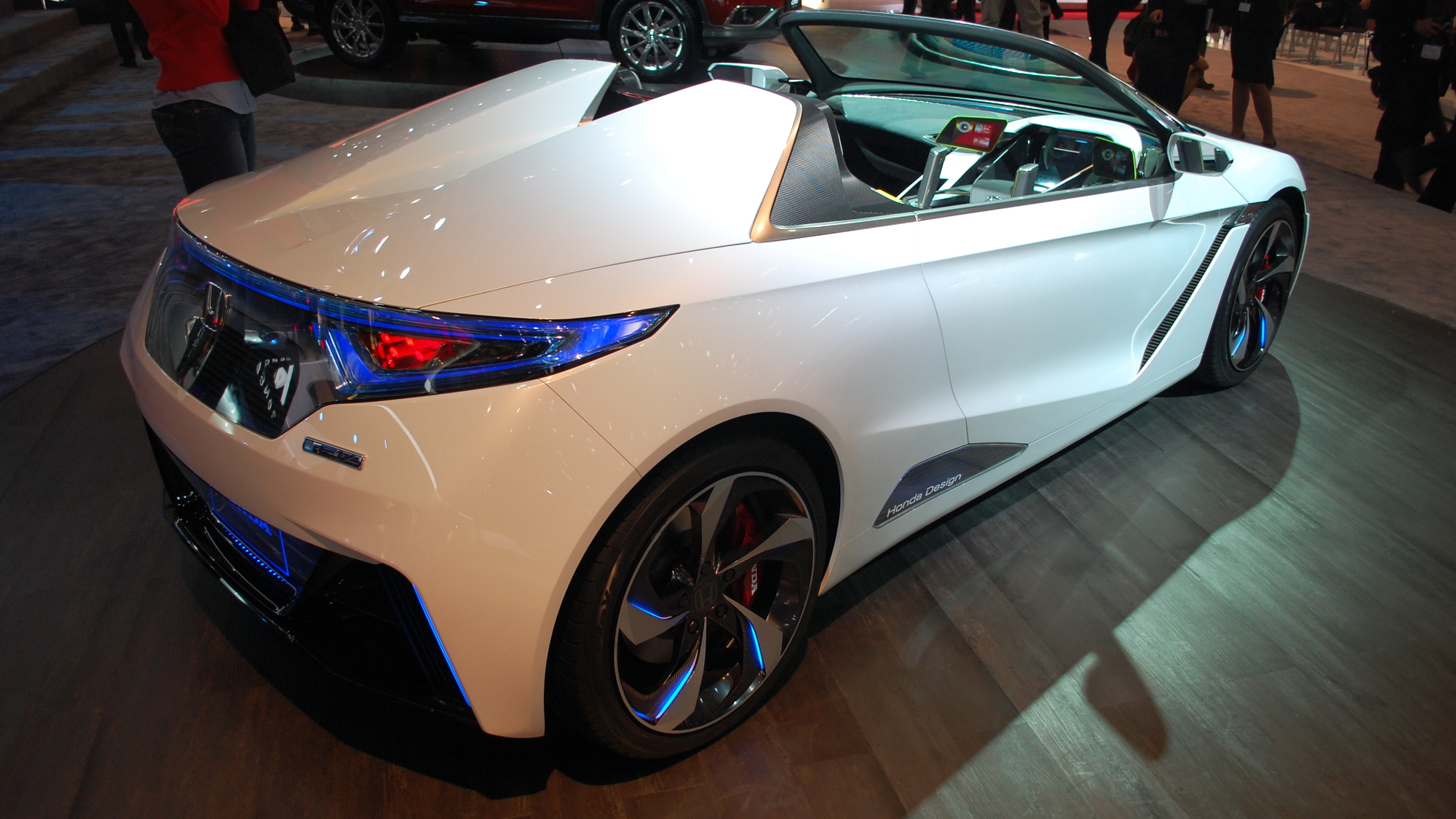 Honda's EV-STER electric sports car concept is no stranger to the auto show stands, having debuted at the 2011 Tokyo Auto Show.

The car has now made its European debut at Geneva, accessible to all rather than placed high on a turntable - so we've got some more live shots for you.

Though the EV-STER isn't intended as a replacement for Honda's much-missed S2000 sports car, it's hard not to draw comparisons. It's a small, relatively light weight, rear-drive roadster with sharp styling.

That's where the similarities end however. Rather than a revvy, inline-four combustion engine, the EV-STER gets an electric motor. Performance is a little more modest too - 5 seconds to reach 37 miles per hour, and a top speed of 100 mph.

Range on the Japanese test cycle is 100 miles from the 10 kilowatt-hour battery pack, though you could expect much less if the car was ever tested by EPA standards - probably as little as 50-60 miles.

The interior is suitably high-tech - not only does the driver get a rather conspicuous, lime green seat, but direction is controlled by an aircraft-like twin-lever steering system.

There are still no plans for production, but the concept shows that Honda hasn't forgotten about sports cars just yet - and the company is still clearly thinking about full-electric vehicles, as well as its wide hybrid range.