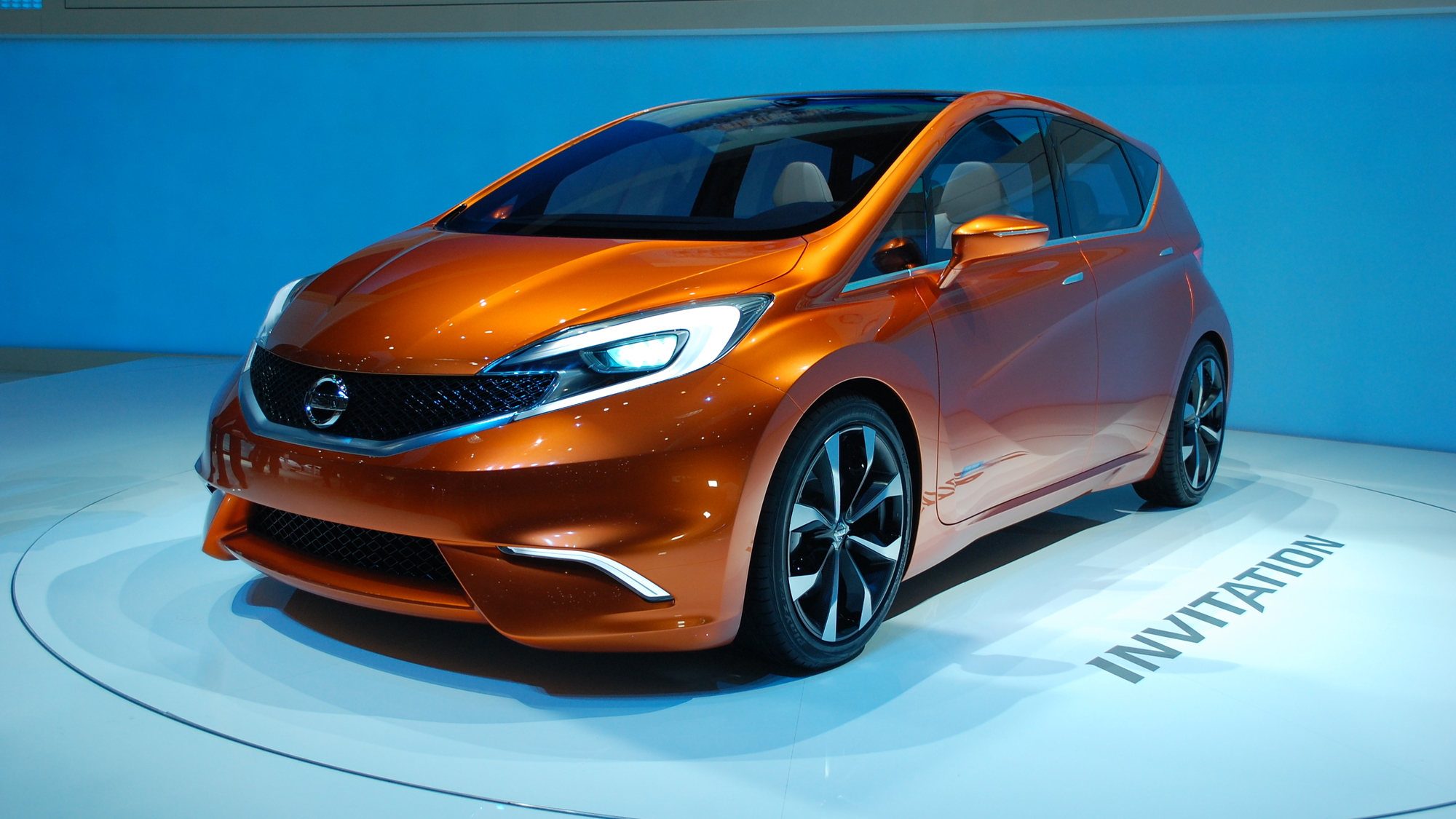 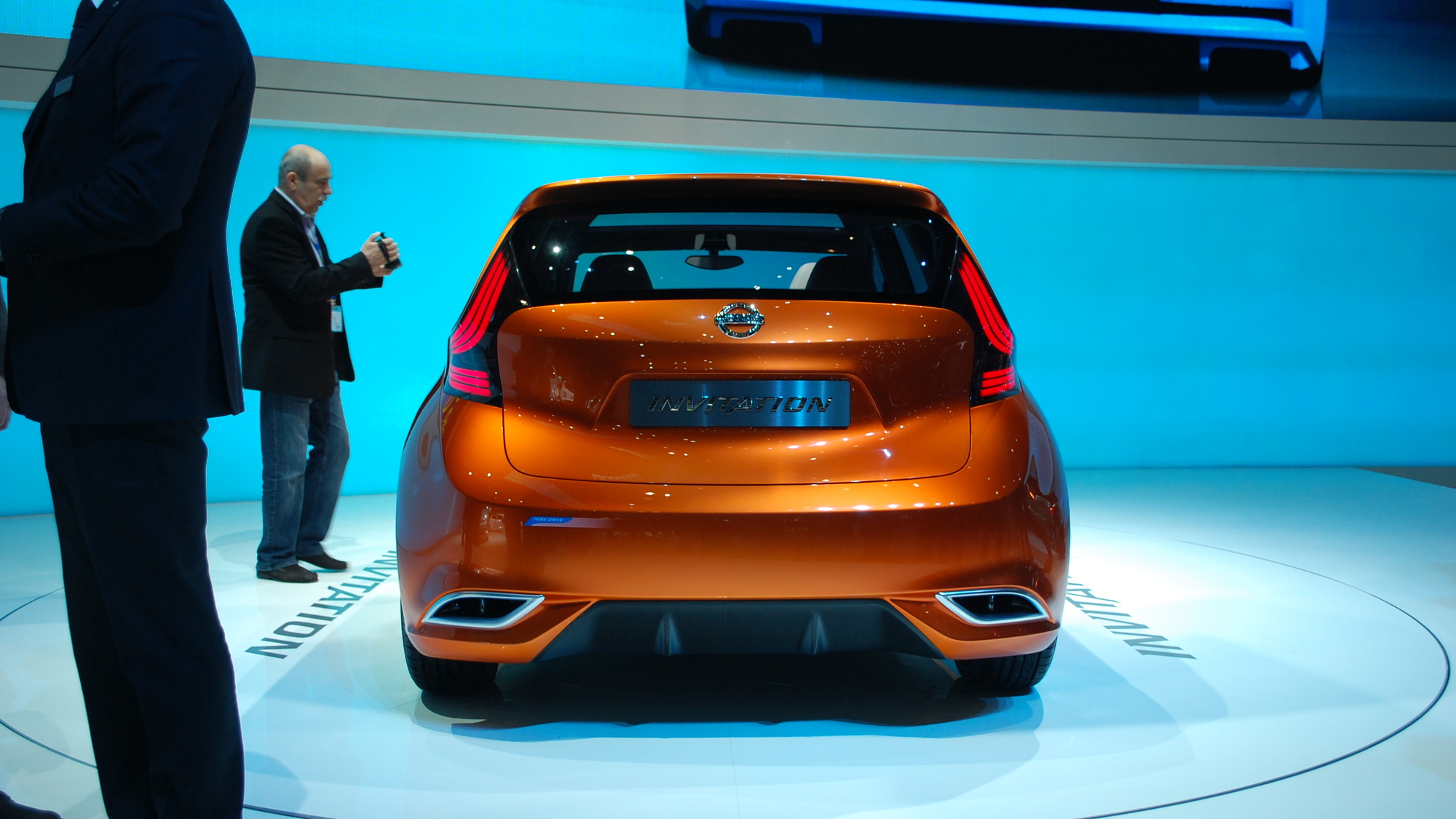 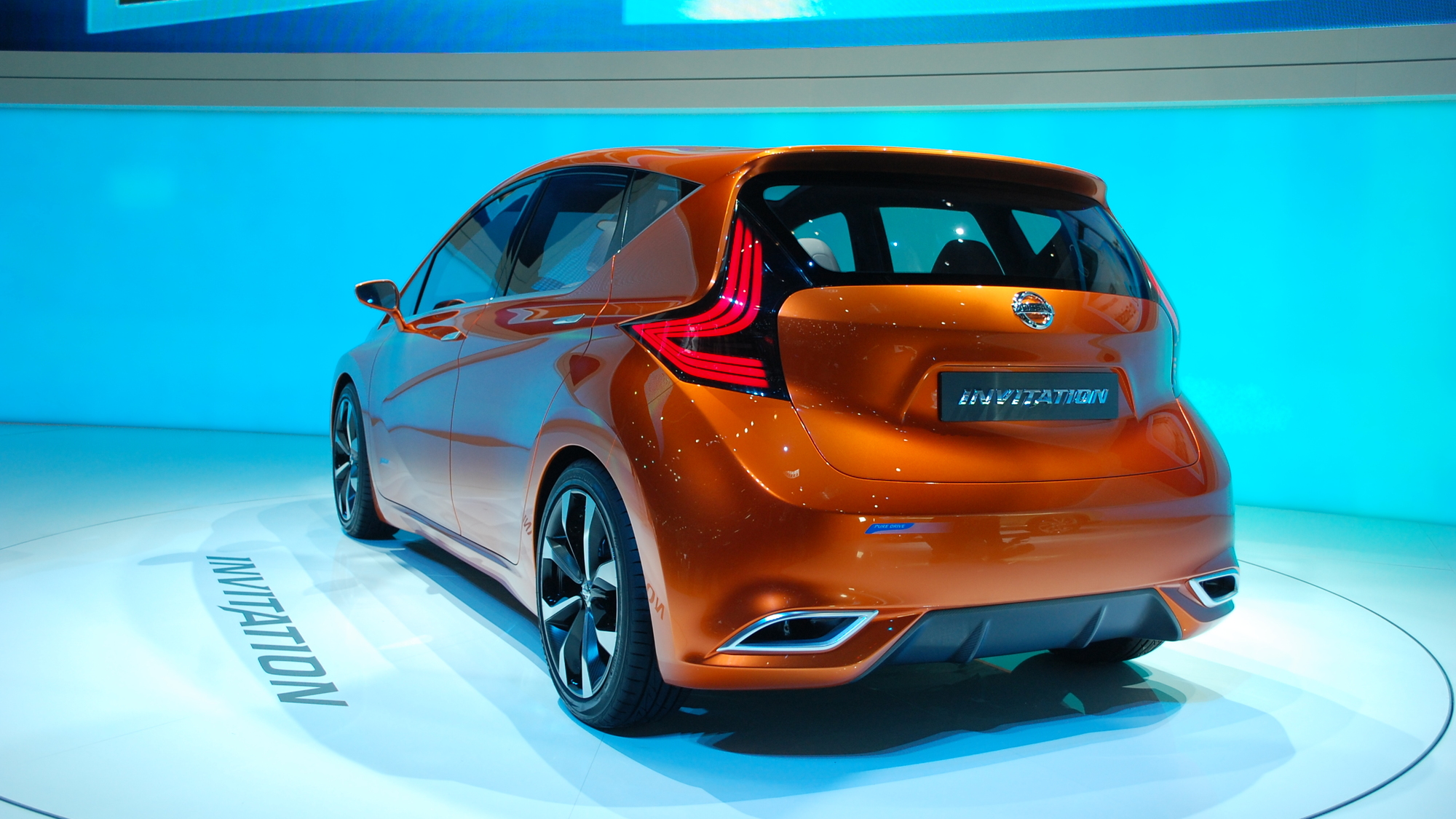 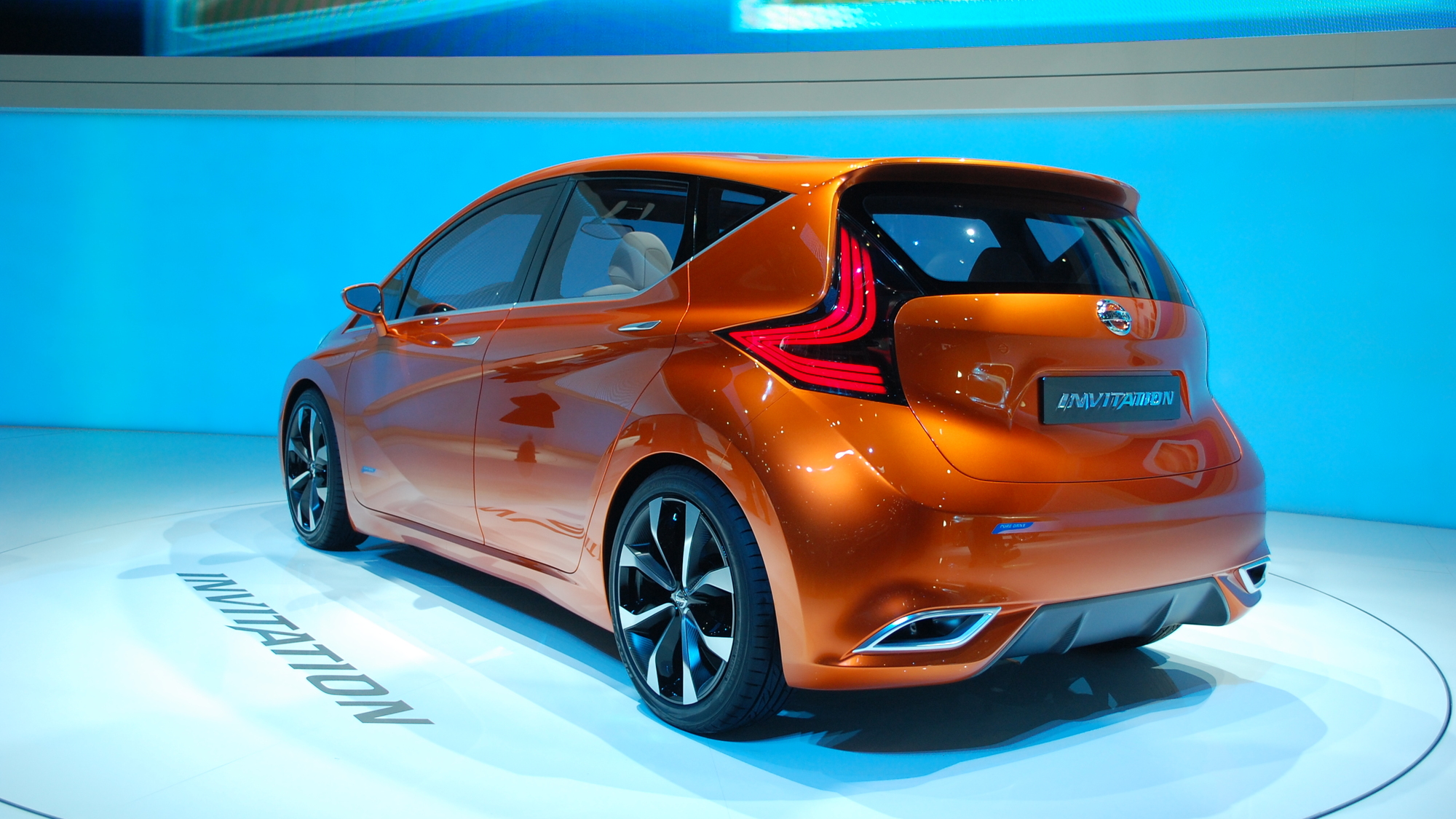 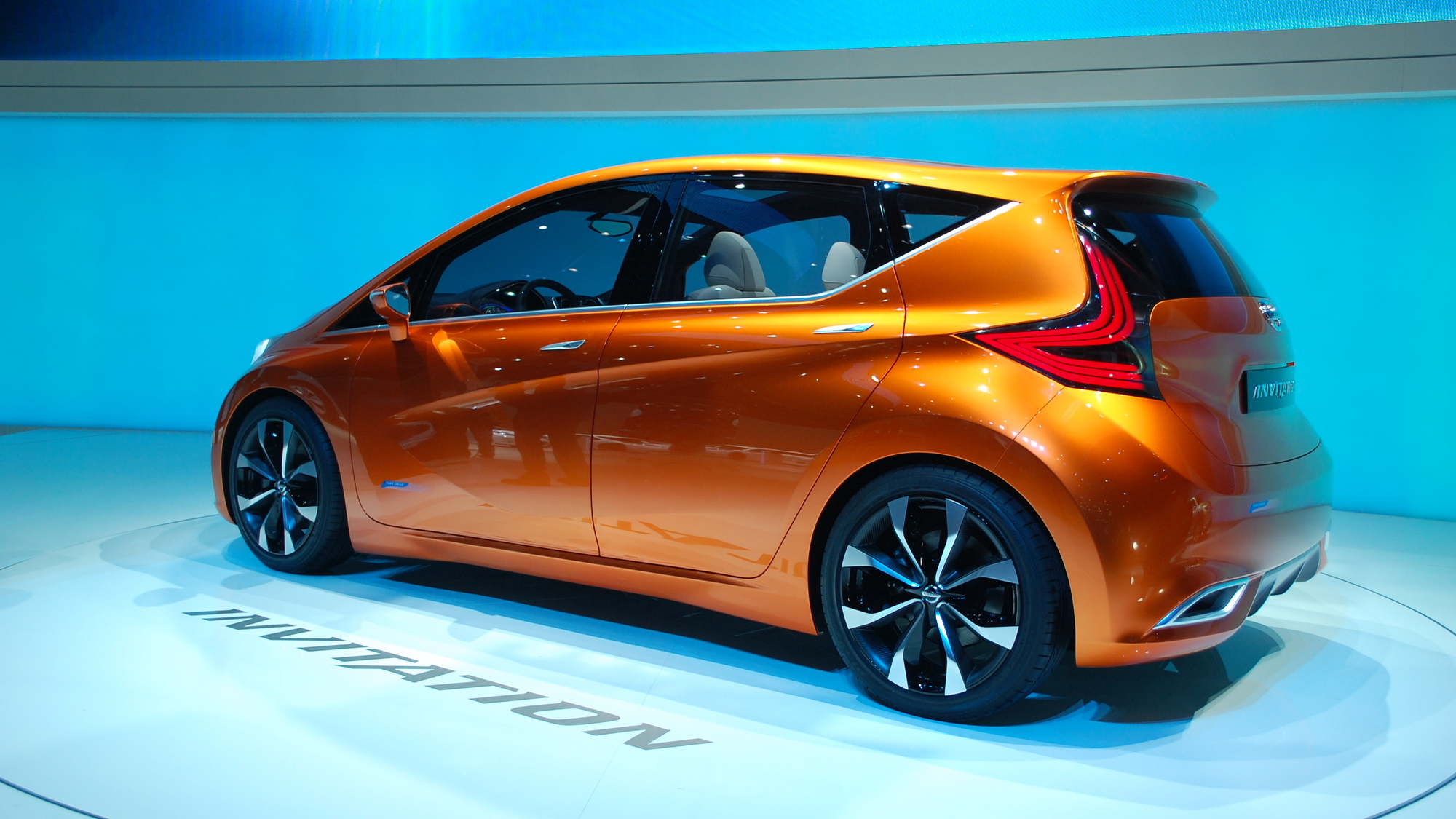 Sometimes at an international auto show, a new concept car is unveiled that is truly stunning -- but is unlikely to ever make it to the U.S.

Unveiled today at the 2012 Geneva Motor Show, the B-segment Invitation occupies the same class as the 2012 Nissan Juke, but combines sporty looks with a classic hot hatch form factor.

Fitting into the increasingly competitive subcompact hatchback segment, the Invitation is a direct competitor to cars like the 2012 Ford Fiesta, 2012 Toyota Yaris, 2012 Chevrolet Sonic and 2012 Hyundai Accent.

With narrow, sweeping headlights and a sporty front spoiler, the Nissan Invitation concept reminds us a little of a sleeker, more sporty Honda Fit.

However, Nissan is keen to point out that the Invitation isn’t just about looks.

Built on Nissan’s new light-weight V-platform, the Nissan Invitation is expected to deliver class-leading gas mileage. While Nissan hasn’t detailed just how good it expects the Invitation’s fuel economy to be, we think that equates to a figure of well over 40 mpg.

Why are we covering a car that we don’t think will ever head to the U.S?

Some time this year, Nissan is expected to unveil its new Versa hatchback for the U.S. market. Like the Invitation, it too will be built on Nissan’s new lightweight B-segment platform.

Could this be the new Versa, but by another name? Or could Nissan incorporate some of the Innovation's design stylings or underpinnings in a the new Versa?

Either way, we really hope so.