Europeans love diesel cars. For them, diesels are robust, get great gas mileage, and in some places, cost less to run.

Traditionally, Americans distrust diesel passenger cars. With the exception of the few percent of car buyers who drive around in oil-burning cars from companies like Volkswagen, Audi and BMW, diesel cars are treated with suspicion.

So when Wards.com reported that General Motors is preparing a myth-busting campaign to educate Americans about modern diesel engines ahead of the launch of its 2014 Chevy Cruze Diesel, we had to wonder.

How difficult will it be for GM to convince people unfamiliar with modern diesel engines to make a switch from gasoline to diesel?

Our conclusion? It could be as tough as convincing most Americans to switch to plug-in or hybrid cars. 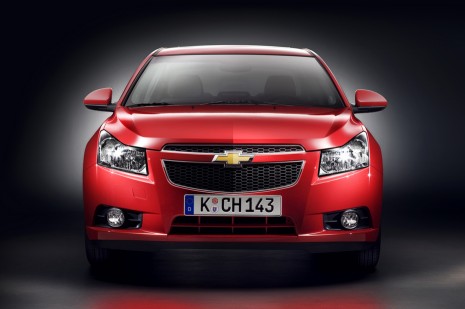 It might not be true for modern diesels, but these opinions have been formed over the past few decades, a period of time in which no U.S. automaker has produced a diesel-powered car.

During that time, diesels from automakers like BMW, Audi, Mercedes-Benz and Volkswagen have been available for sale -- but most Americans won’t have encountered them.

That’s because most diesel cars are currently sold in the Pacific Northwest and California, in areas known for tough emissions laws and green transport policies.

Moreover, the Chevy Cruze isn’t a car in the same segment as its fellow oil burners from Germany.

Nor will they be cross-shopping with the sexier diesel cars out there.

Essentially then, GM will be dealing with customers who have never driven a modern diesel car before, and know nothing of the technology.

Which means GM has to go back to basics, explaining everything from the top in order to wipe away every preconception about diesel engines.

For GM, education about diesel engines is important, but that’s only second to an old-fashioned test-drive.

Like its marketing campaign for the Chevy Volt, expect GM to aggressively market the Cruze Diesel with social media and a nationwide tour.

Because, at the end of the day, the best myth-busting comes when you sit behind the wheel.

Sometimes, it's easier to show than it is to tell.