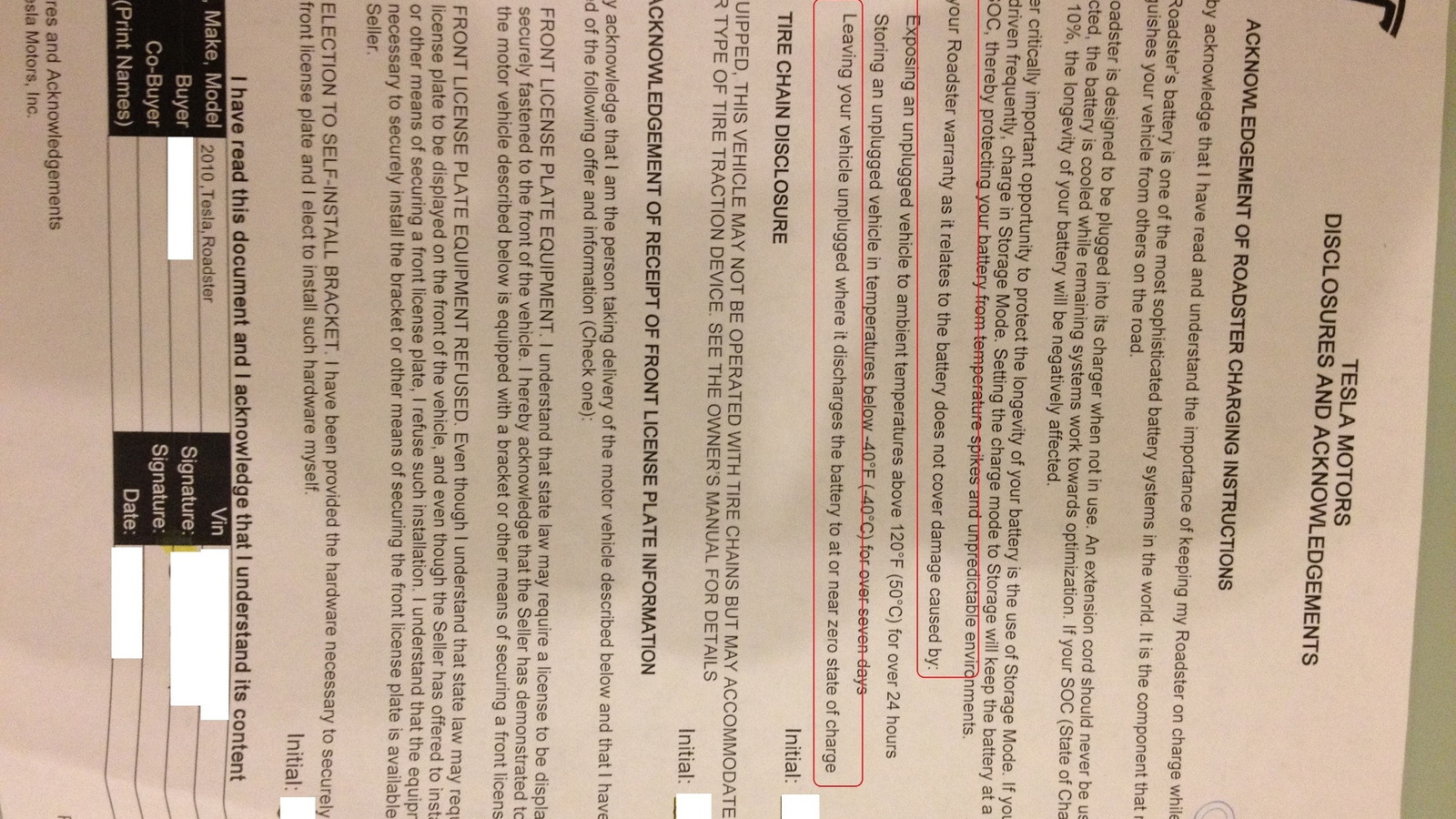 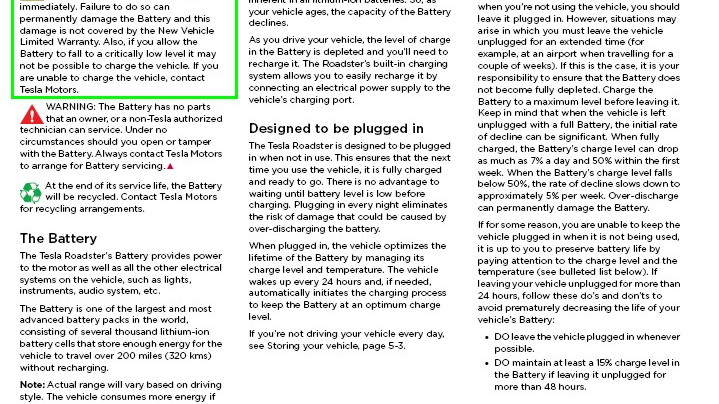 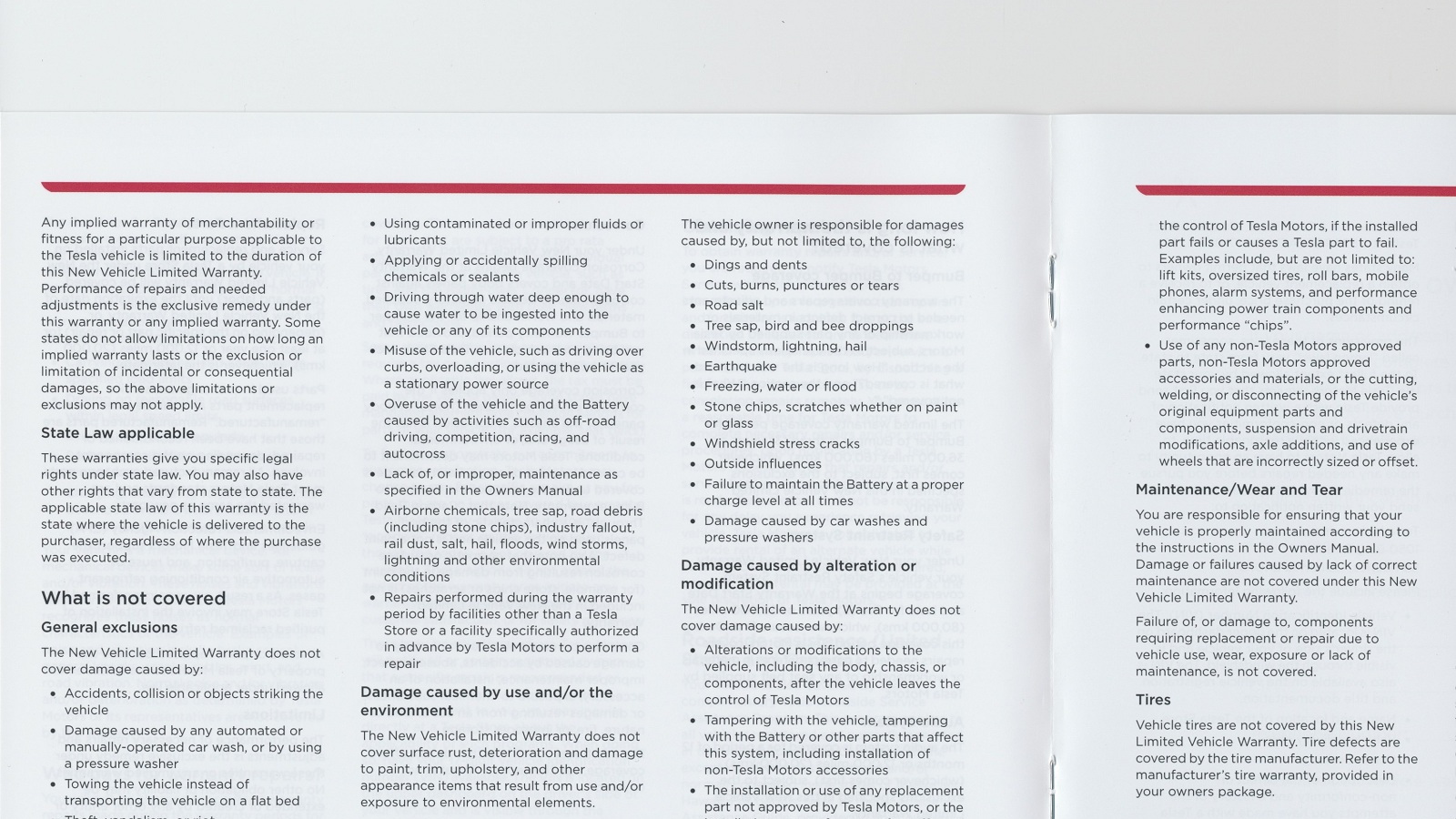 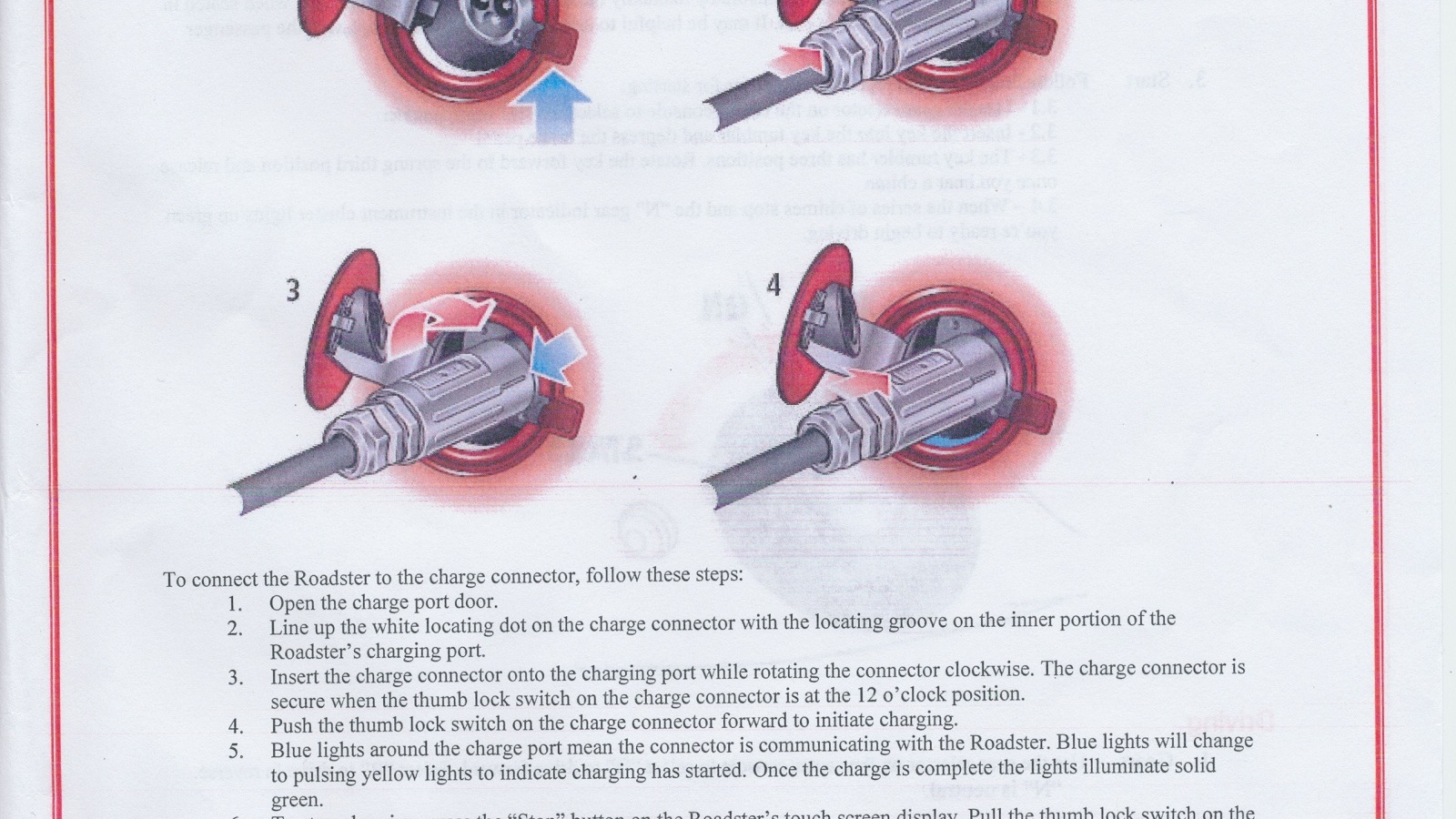 And now perhaps it all becomes clear.

The Tesla battery 'bricking' post that was today's electric-car news story and generated reams of coverage may simply be an attempt by an unhappy owner to get Tesla Motors to replace the battery in his Roadster.

At least, that would appear to be the logical conclusion from a letter we just received from a source.

Several points in the note and parts of the language echo parts of the sensational blog post by author Michael DeGusta that kicked off the scare.

(DeGusta and Drucker were business partners for seven years, it turns out, though Drucker is not identified anywhere in DeGusta's post as an unhappy Roadster owner.)

Drucker, the letter writer, admits in the letter that he left his Roadster unplugged for more than two months--saying that he was in temporary housing and "didn't have a convenient place" to plug in the car.

And, he claims ignorance that such a thing was necessary: "I had no idea I was putting the car at risk or obviously I would not be in the position I am in now."

Tesla specifically warns the owner to keep the car plugged in, both through its customer staff and in several places in owner manuals and elsewhere.

From our earlier Q+A on the phenomenon of 'bricking':

Q: Does Tesla tell Roadster buyers to keep their cars plugged in?

A: Yes. It's prominently called out in the warranty and owner's documents.

(We've provided four three images from the Tesla Roadster owner's manual and other documentation, in the gallery below, that highlight the necessary care for the battery.)

Drucker's letter suggests there will be a "major public outcry" when "middle-class families" who buy the upcoming Model S sedan "accidentally let their batteries discharge."

And the letter suggests that this whole affair will become a "PR nightmare for Tesla."

Drucker ends, "I am not going to write this off as a $40K mistake and move on happily."

Read the complete text of the letter on the next page.

Then tell us in the Comments below: Who do you side with, aggrieved owner Max Drucker or Tesla Motors?

It was a pleasure to meet you at the X launch party and congratulations on such an amazing accomplishment with this vehicle and everything else of course.  As a (somewhat) successful entrepreneur myself your work is inspiring and demonstrates with enough will just about anything can be built.  I love my Roadster (#340, 13K miles) and have deposits down on Models S and X.

As I mentioned briefly at the party, my Roadster battery is dead and unrecoverable.  I had left the car unplugged for just over two months.  I had no idea I was putting the car at risk or obviously I would not be in the position I am in now.  I am not in idiot.  I moved into a short-term rental during my remodel and didn’t have a convenient place to plug in my Roadster.  I parked it in my temporary garage and planned to drive it once I was back home with my HPC.   Needless to say I am still in shock from the moment Bob Sexton called and said the battery was destroyed and asked me if I like a new one for $40K (cost + tax + labor).  That was the “friends and family” price because I have been such a loyal supporter.  There was nothing else Tesla could do for me.

This email is you is as much about my own self-interest as it is about my concern for current and future owners, Tesla, and the general market for electric cars.  It is a major problem a new car buyer can be responsible for $40K+ of uninsurable damage to their car the moment they drive it off the lot.  There is no way to insure yourself from such a devastating loss.  It is simply not acceptable to sell a vehicle that can incur this type of financial damage without doing far more than you have done or doing to date to protect the buyer.  I know there are at least four others with dead batteries and you can’t possibly expect these four will be the last.  After the first customer Roadster battery died, I can’t possibly imagine how your company didn’t pick up the phone and personally speak to every Roadster owner and make it explicitly clear that they would definitely suffer a ~$40K loss if they left their car unplugged. Especially those pre-#500 that don’t have the built-in notification system, which is even worse since I understand that notification system has saved a lot of cars.

Your “too bad” policy is not going to work for the pending thousands of Model S owners.  There will be a major public outcry when middle-class families trying to the do the right thing by purchasing a green car accidentally let their battery discharge and effectively total their car.  This will could become a PR disaster for Tesla that could impact demand for electric cars for years to come.  The market for electric car buyers becomes a lot smaller when people are afraid their battery might die and their car will become virtually worthless.   There are way too many scenarios that can brick these cars without providing a way for customers to protect themselves.   The pros/cons of owning electric vs gas starts to change pretty dramatically if people believe $40K is on the line.

I’ve attached a few suggestions that might mitigate some of these risks.  I am truly concerned for the well-being of electric vehicle demand if your current policy of “sorry, you should have known better” doesn’t change.

I expect you or someone else from Tesla to contact me to discuss further.  This is in no way acceptable or good business.  I am not going to write this off as a $40K mistake and move on happily.