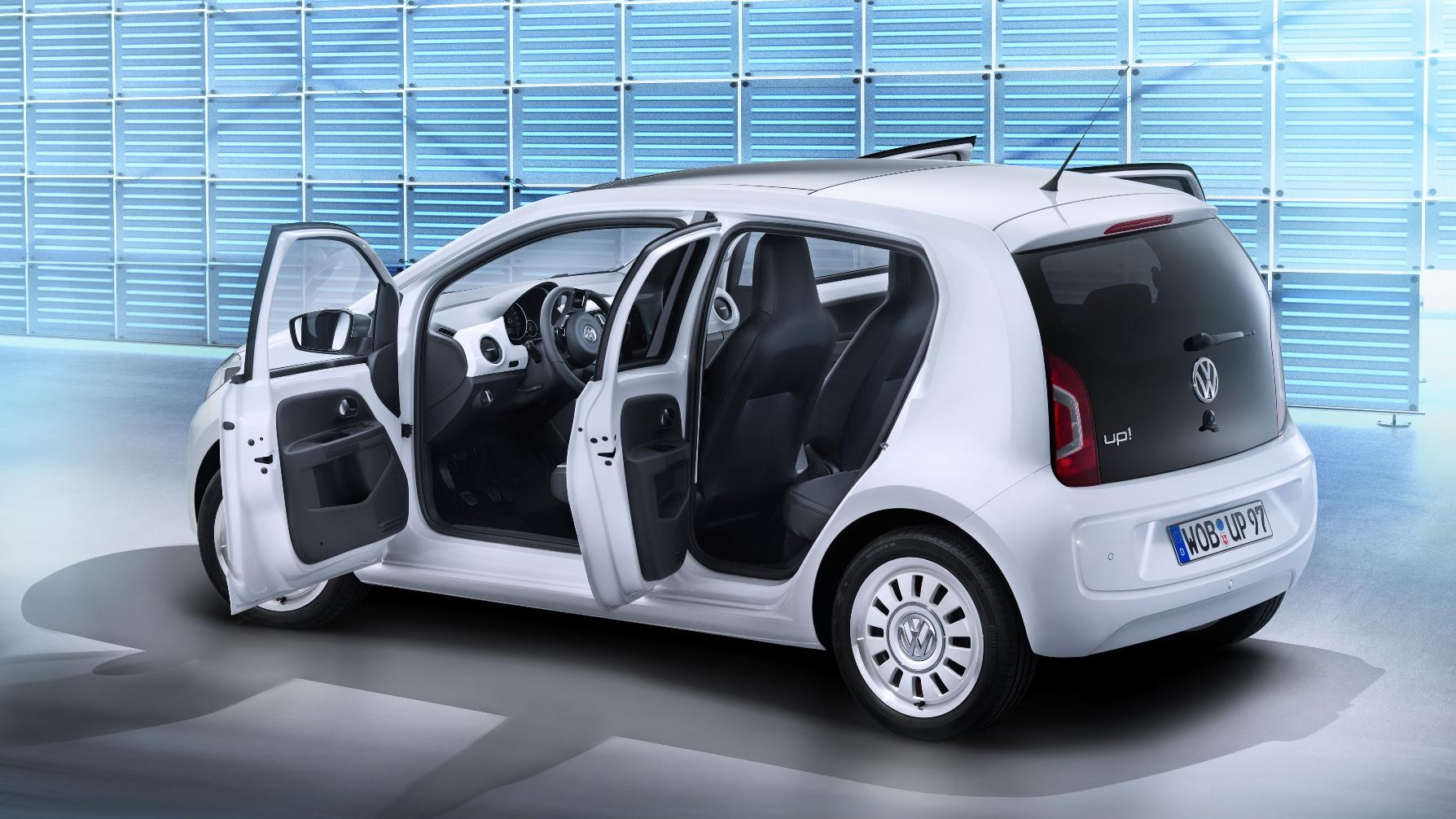 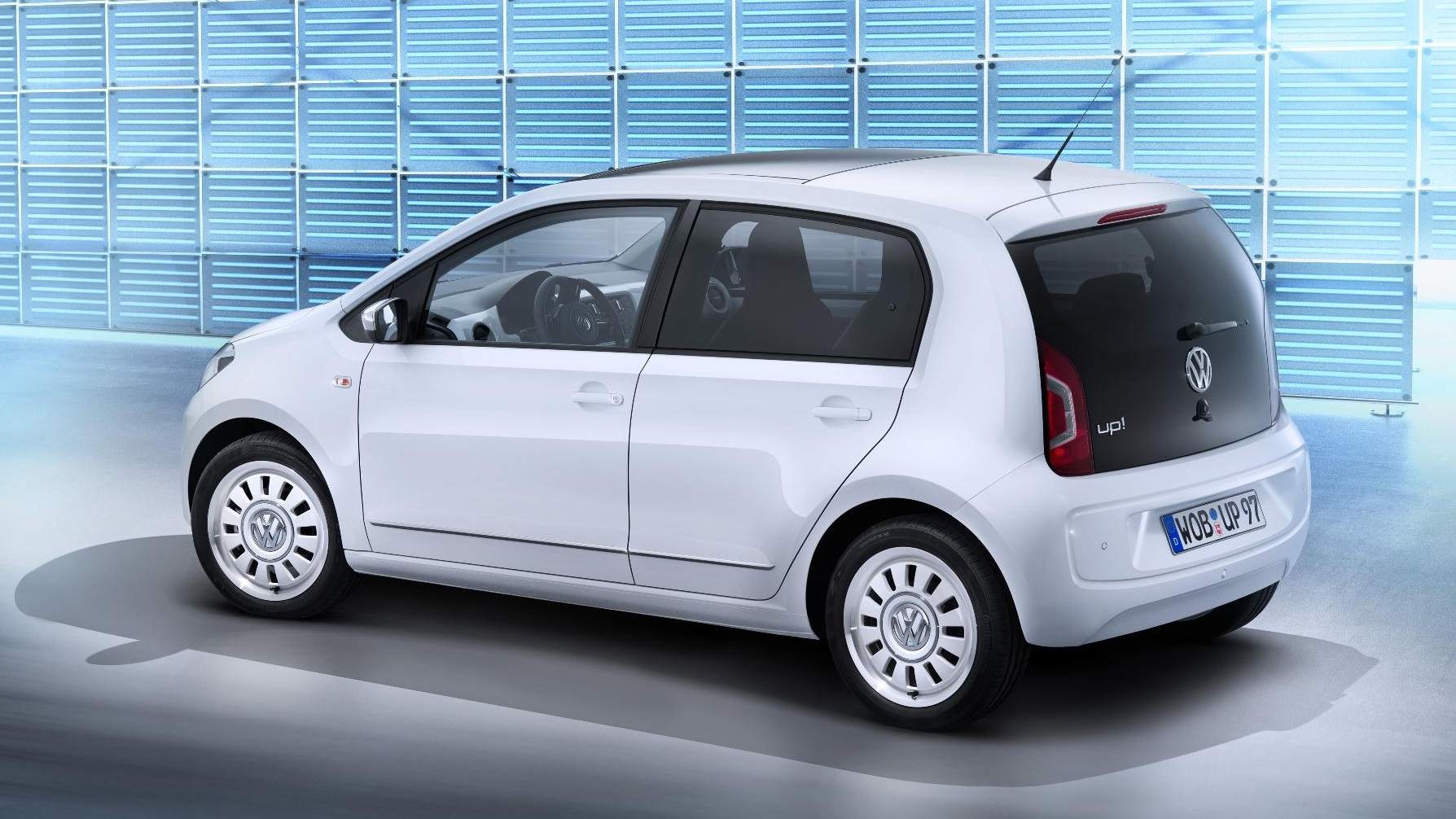 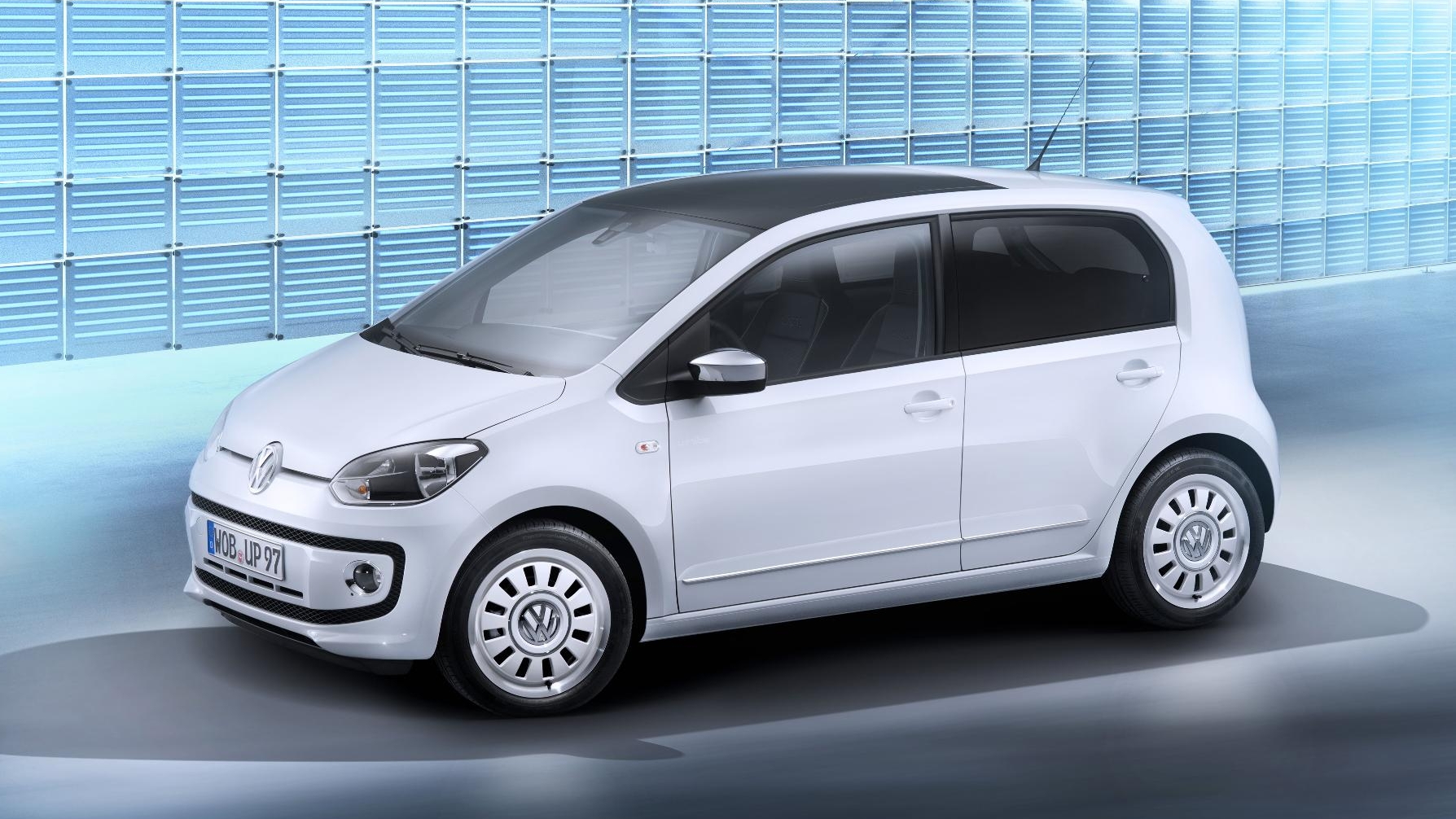 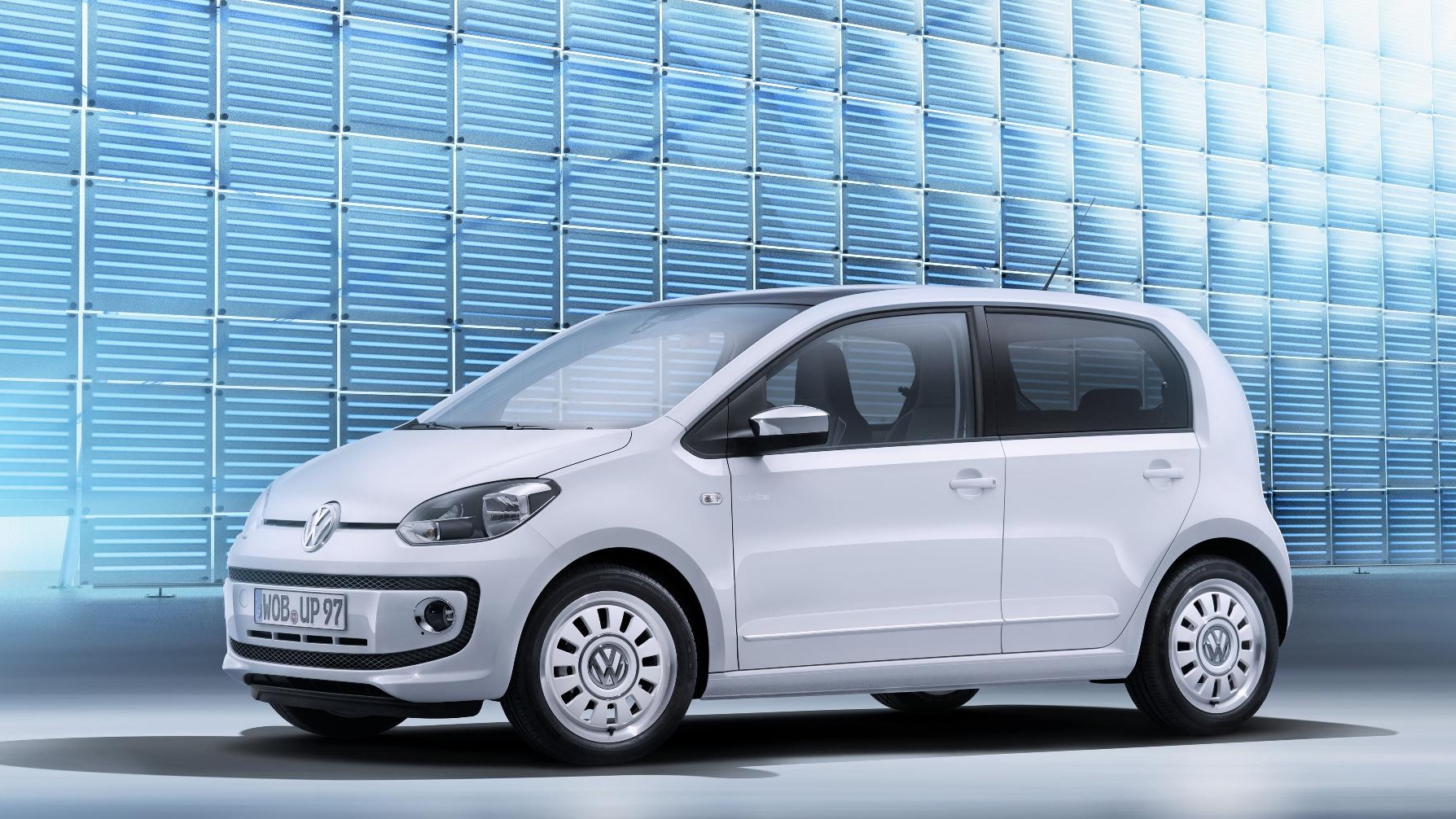 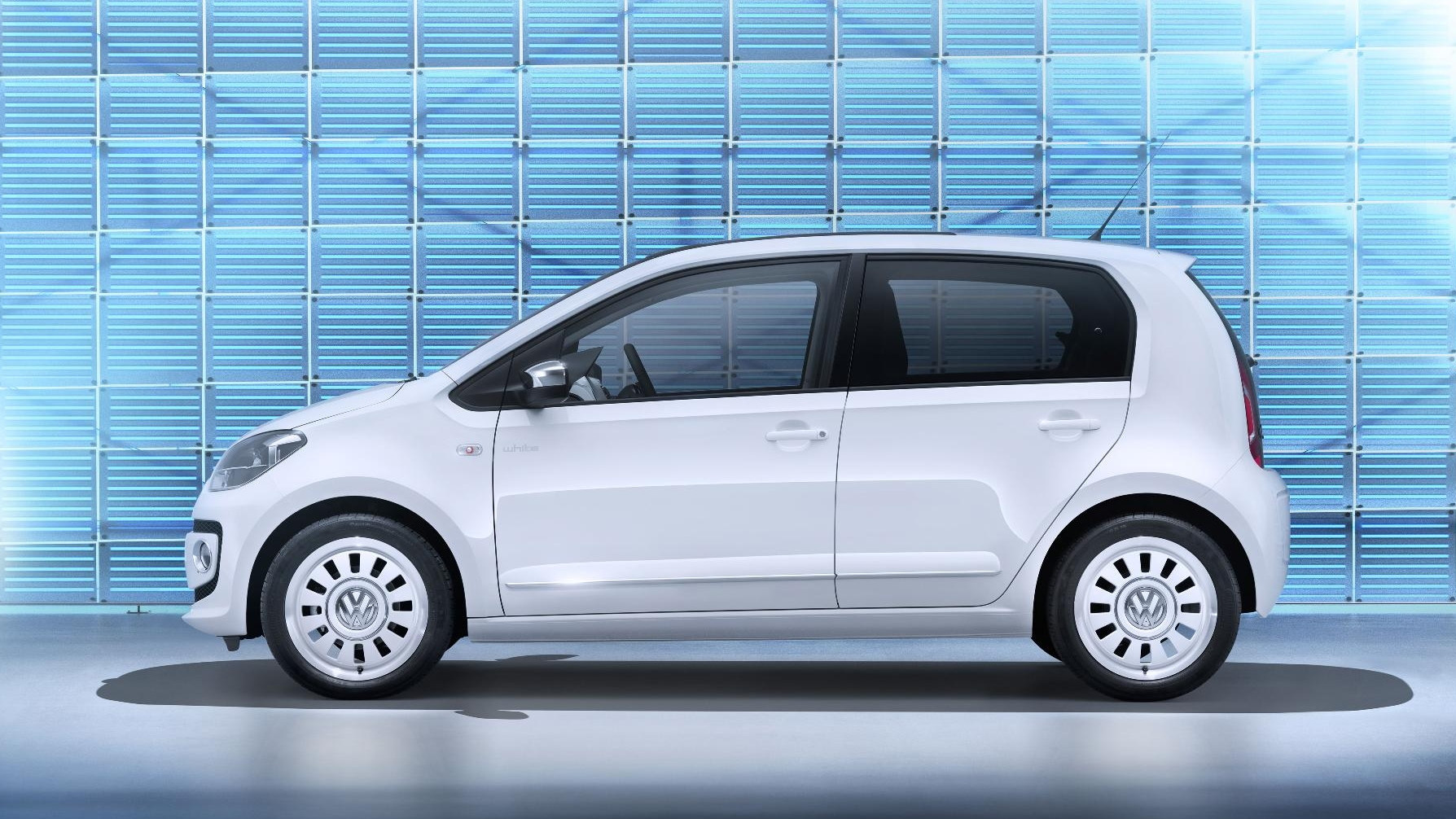 The regular Volkswagen Up minicar, revealed in full at the 2011 Frankfurt Auto Show, is already a favorite "forbidden fruit" of ours.

What's not to like? It's a well-built, well-equipped, compact city car with a fuel-efficient gasoline 1.0-liter engine. It's perhaps one of the closest cars  in ethos that VW has built to the good old Volkswagen Bug.

Sadly, as with our other forbidden objects of desire, Volkswagen has no plans to sell the Up in the U.S. In fact, it still seems to be vacillating on whether to offer the larger Polo subcompact.

At launch, the Up will only be available as a three-door hatchback, but VW has now added an extra couple of doors to ease rear access.

While three-door minicars often sell based on their sporting appeal and uncluttered lines, five door variants are popular for the added practicality. It's certainly a lot easier (and more graceful) to exit the rear seats with your own door than it is to clamber through the front.

Its small stature - around 11.6 feet in length, almost identical to the 2012 Fiat 500 - suggests a tiny interior, but thanks to the short hood space is maximized inside. There's 8.8 cubic feet of space in the trunk, 2.3 cubic feet more than that found in the Fiat.

Equipment includes front and side airbags, ABS with brake assist, and stability control on most models. City Emergency Braking can also be specified, that helps avoid minor bumps in city driving. It's also the first car in its class to achieve a full five stars in the Euro NCAP crash tests.

The 3-cylinder, 1.0-liter engine has 59 and 73 horsepower options, with economy of up to 56.6 MPG on the European combined cycle. Euro figures are usually 20-30 percent higher than EPA ratings, but it still suggests impressive average economy.

The model goes on sale in the second half of 2012 in Europe, but Volkswagen still has no plans for North American sales.

That's a shame, as the car could be an interesting competitor for the Fiat 500 - and even more so when the touted 100-horsepower, sporty GT Up hits the European market...