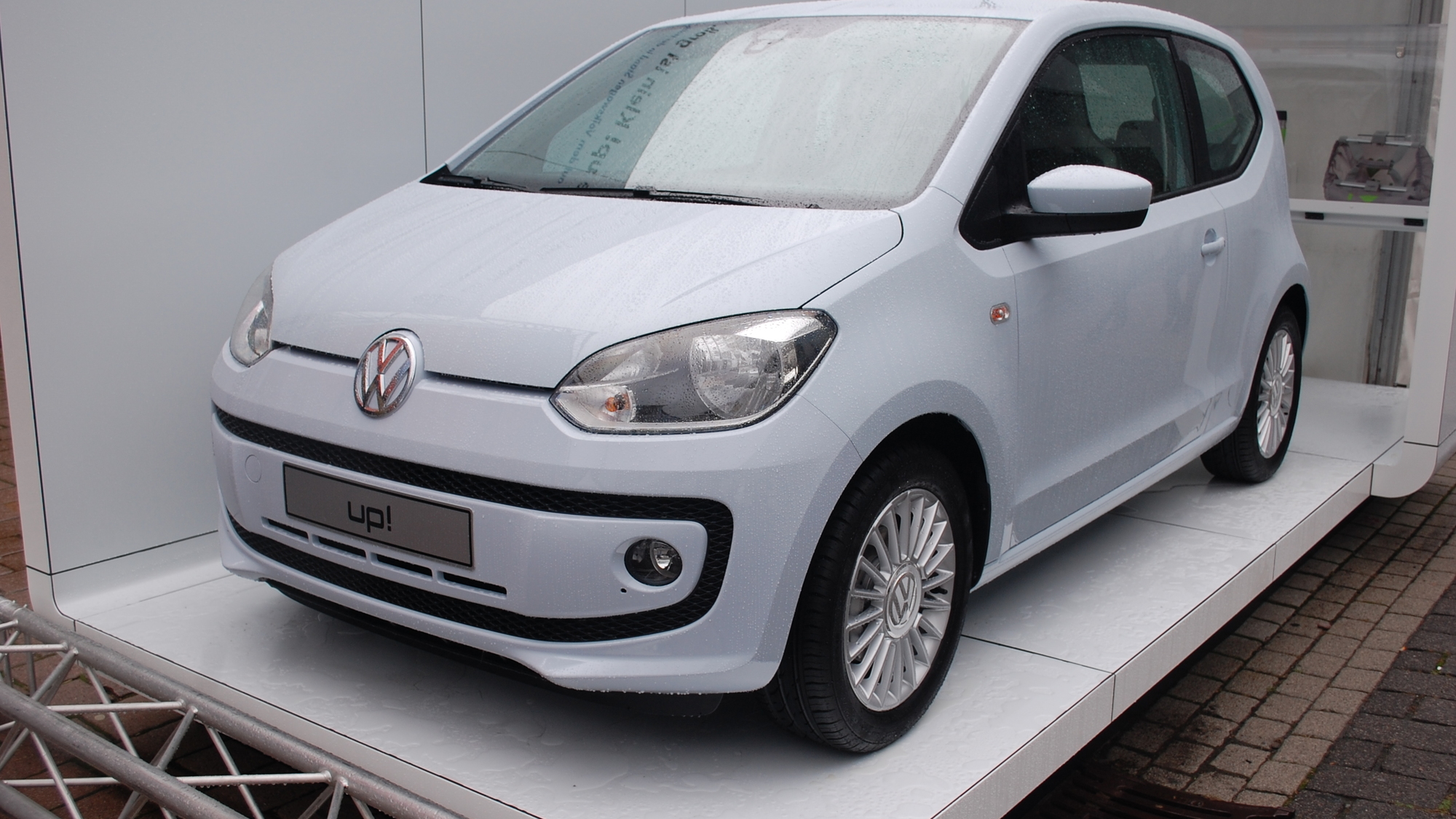 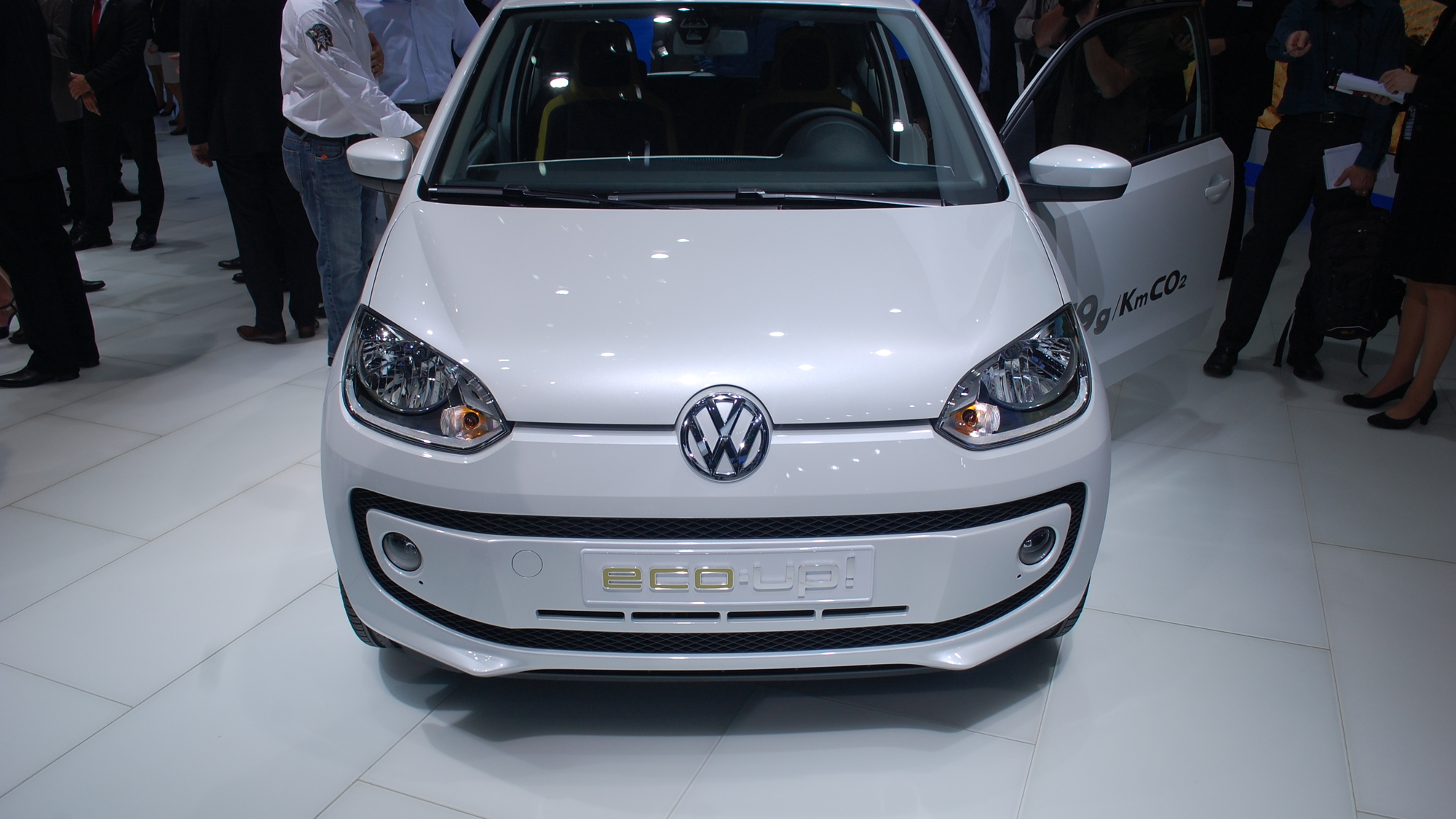 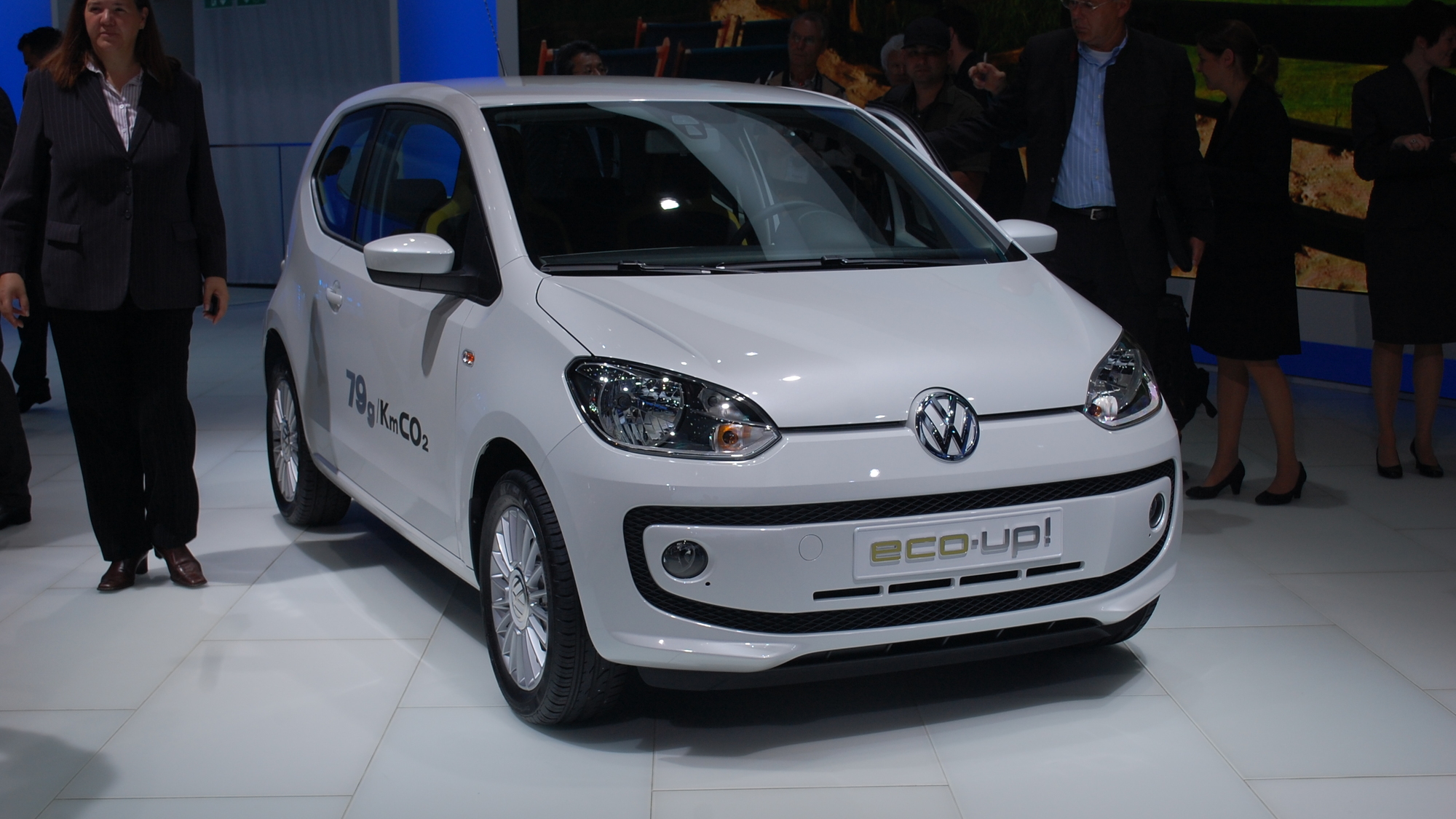 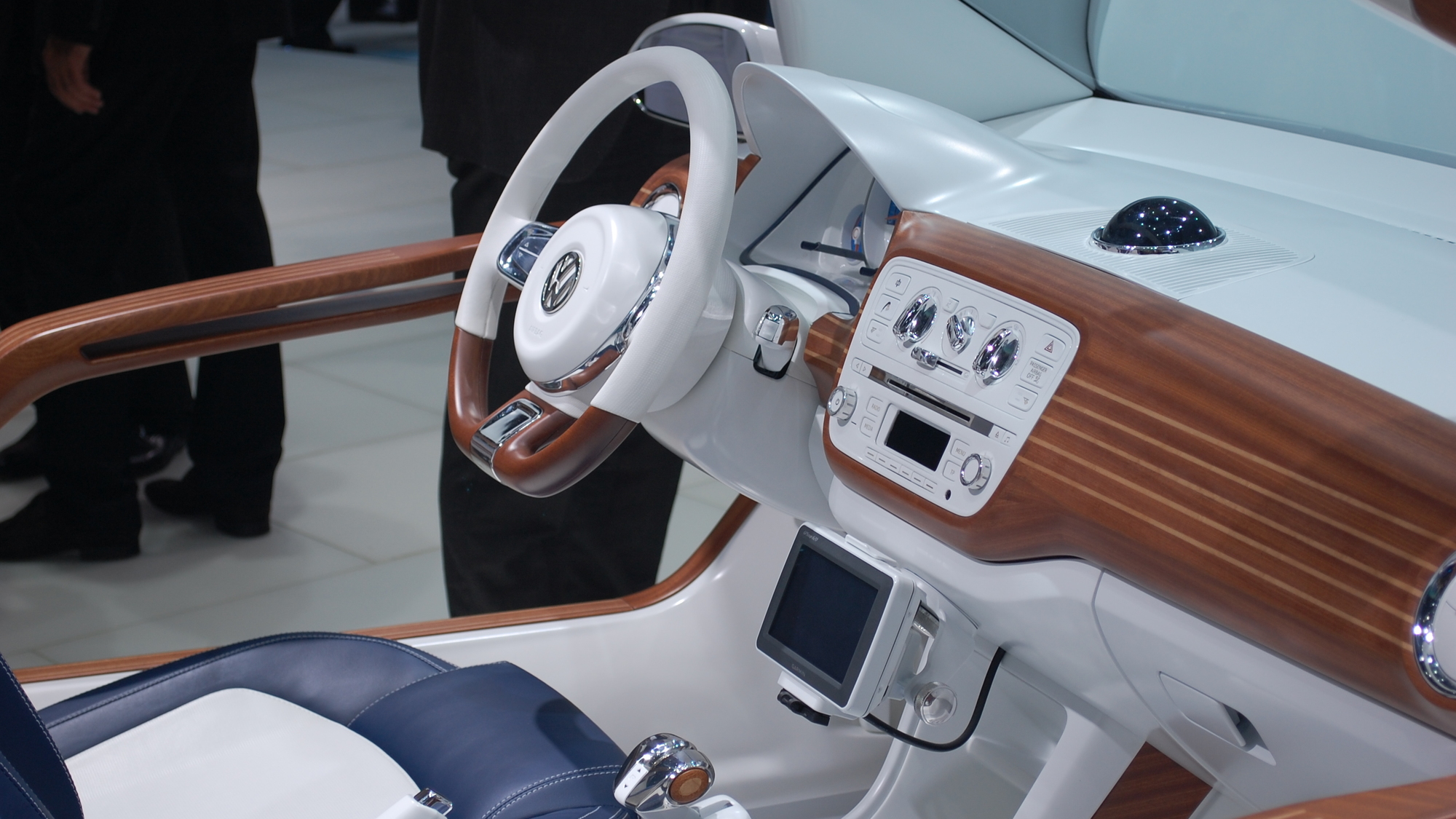 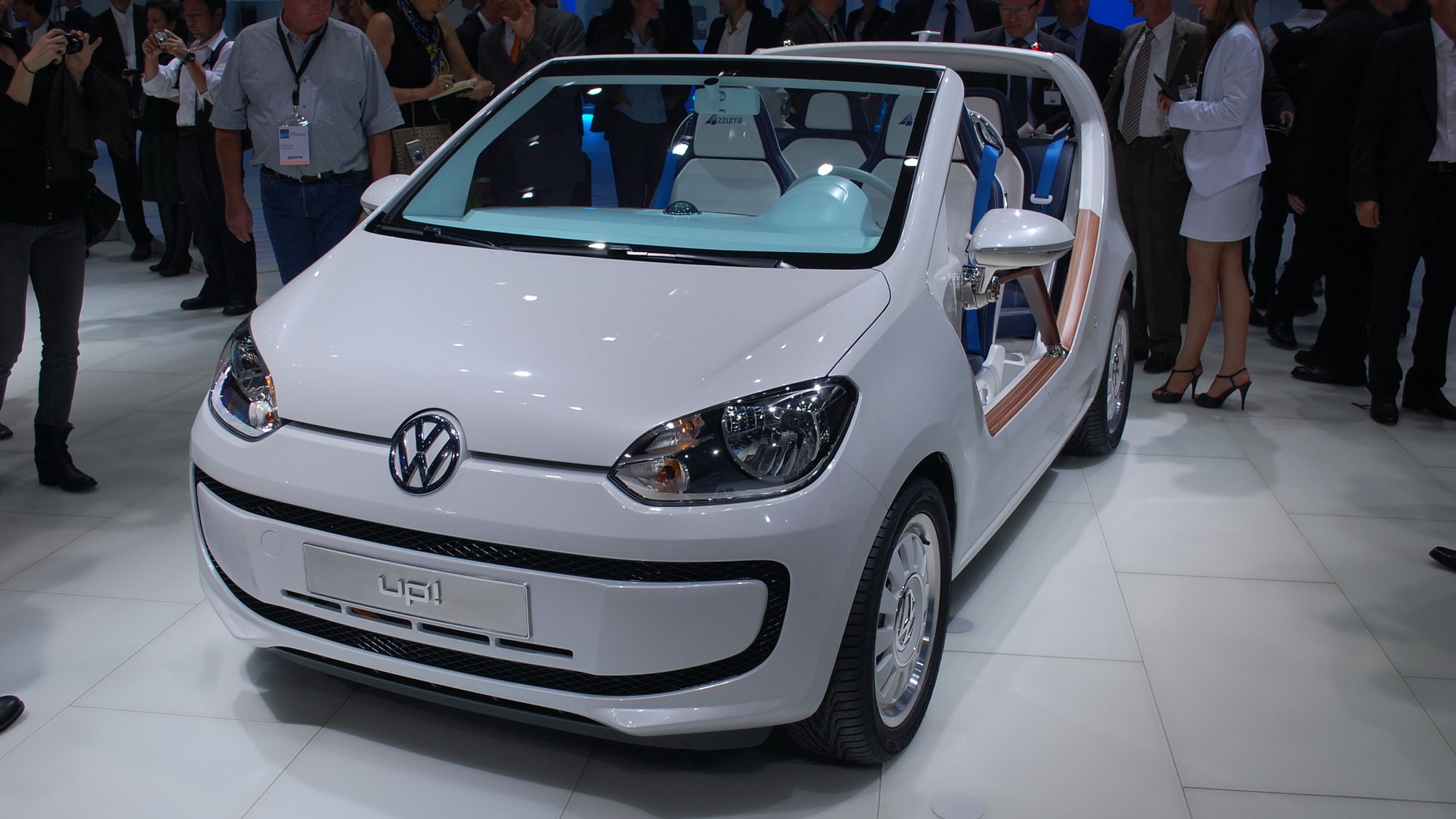 Volkswagen has been working hard on the Up minicar since it first debuted at the 2007 Frankfurt Auto Show, but it has finally unveiled the production version of its gasoline-sipping city car at this year's 2011 Frankfurt Auto Show along with a whole family of concepts based on its tiny frame.

The six concept cars -- the Buggy Up, Up Azzurra, Cross Up, GT Up, Eco Up and E-Up -- have been designed by Volkswagen to illustrate the versatility and potential of its new platform.  And since most of them will be powered by the same gas-sipping engine found in the 2012 two-door production Up, every one is an eco-minded concept.

No longer than 11.6 feet, and powered by a range of three-cylinder engines, the two-door 2012 Up will eventually offer Volkswagen’s BlueMotion stop-start system to help keep emissions low and achieve an amazing 56 miles per gallon on the European cycle.

Low on cost and high on fuel economy, Volkswagen’s Up replaces its previous minicar -- the Volkswagen Lupo.

As the name suggests, the Buggy Up is a throwback to the Volkswagen Beetle derived beach buggies of the 1960s. Slightly longer than the production Up, and lowered to give it a more sporty feel, the Buggy Up features a doorless design along with a convertible roof and two-piece faux-pickup-style trunk.

The Up Azzurra -- supposedly inspired by a Mediterranean Yacht -- features an entirely doorless and roofless design, complete with maritime-themed mahogany panelling, dual-tone seats and lots of chrome.

Although it’s a concept car, the Cross Up is a concept VW clearly wants to turn into a production car.  With four doors, wheel well extensions and side protection strips, the Cross Up wears the now obligatory ‘ruggedized’ bumper and grille complete with integrated fog lights.

The least environmentally friendly of the Up concepts, the GT Up is a modern-day take on its iconic VW Golf GTI. Weighing in at under 1,985 pounds and fitted with a engine capable of producing 98 horsepower, Volkswagen claims the GT Up is its first minicar truly capable of driving on Germany’s Autobahn network.

Very closely modeled on the production Up, the Eco Up is powered by Compressed Natural Gas and capable of a claimed economy of 11.2 miles per pound of CNG when using an engine fitted with VW’s Bluemotion technology. As it can run on both gasoline and CNG, the Eco Up sacrifices its spare wheel for the CNG tank.

Volkswagen’s electric up concept -- due to hit the European market in 2013 features an 18 kilowatt-hour battery pack capable of a claimed 80 miles per charge.

With floor-mounted batteries, the E-Up promises good road handling and excellent manners around town -- although VW has yet to detail its top speed or performance specifications.

Tokeep up to date with the very latest news from the 2011 Frankfurt Auto Show,  head here for our full coverage of the Frankfurt show thus far.