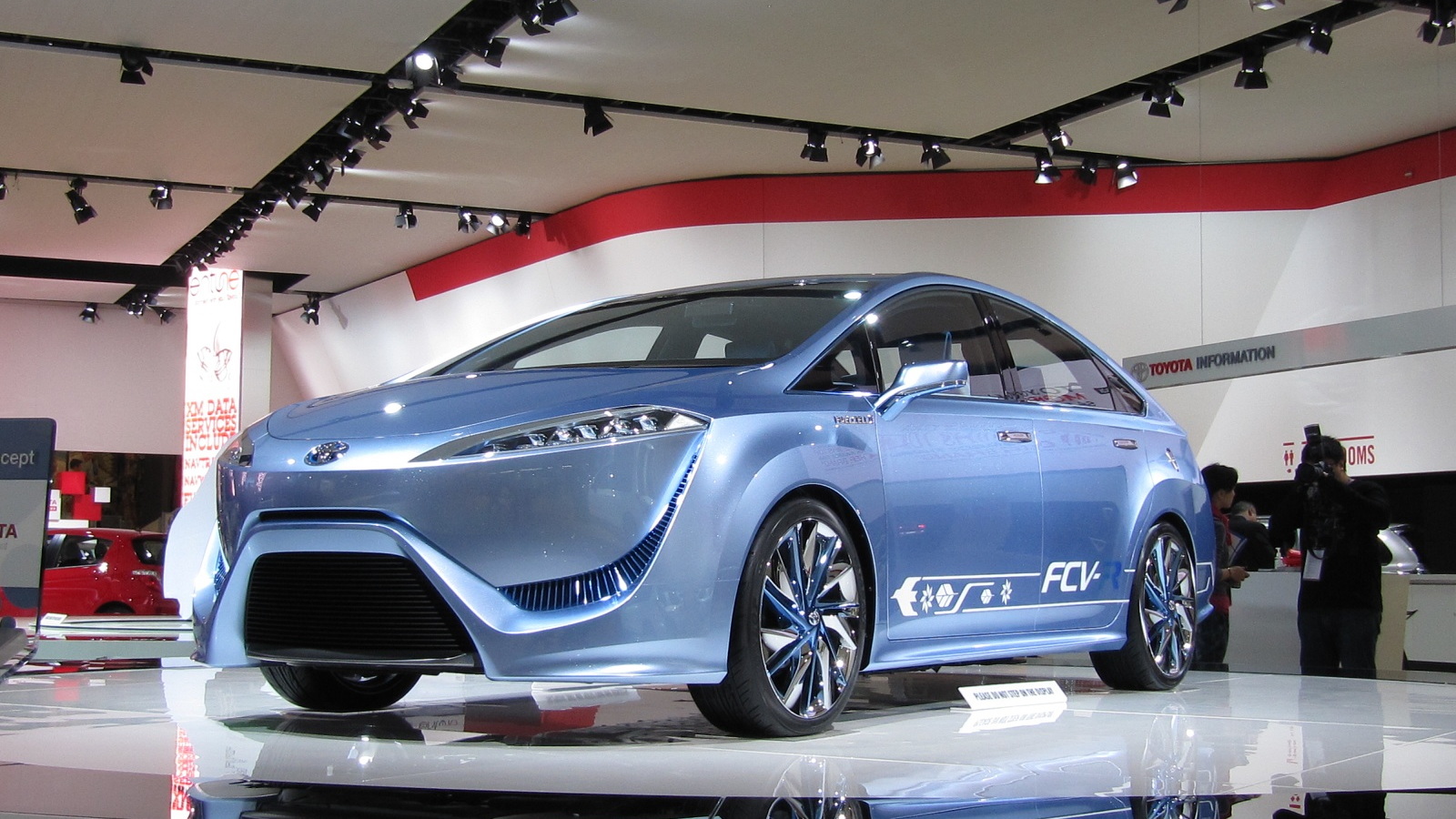 While most of Toyota's focus for fuel efficiency remains on its growing lineup of Prius dedicated hybrids, the company said almost two years ago that it would launch a hydrogen fuel-cell vehicle in 2015.

Its latest concept vehicle designed around fuel-cell technology is the FCV-R, which it unveiled in November at the Tokyo Motor Show. That concept was also on display at the Detroit Auto Show.

The company didn't mention its hydrogen-fueled concept car during its press conference, however, focusing instead on the launch of its 2012 Toyota Prius C subcompact hybrid and the unveiling of the NS4 mid-size plug-in hybrid concept car.

Toyota says the FCV-R has a smaller and more efficient fuel-cell stack, fed by hydrogen stored in high-pressure cylinders. Toyota's information about the car was fairly minimal, but the fuel cell is located "under the body" of the four-seat concept.

Just as the NS4 concept unveiled yesterday points either to a next-generation Camry or a new dedicated line of plug-in hybrid vehicles, the FCV-R is most likely a preview of the hydrogen-powered sedan Toyota plans to launch in 2015.

That vehicle may or may not make it to the United States. While a handful of hydrogen fueling stations exist in places like California, it remains to be seen whether fuel-cell-powered passenger vehicles have much of a future here.

In a country where every driver has electricity within a few feet of the family vehicle, the electric grid provides a distribution network for electricity, which may be one of the fuels of the future.

For more information on all the new cars and concepts at the show, be sure to keep checking our dedicated Detroit Auto Show page.