With the 42nd Tokyo Auto Show just weeks away, Japanese automaker Toyota has detailed more about the four cars it will premiere at the show, including the much-anticipated Prius C compact hybrid, the FCV-R fuel-cell vehicle, and the FT-EVIII and Fun-Vii electric cars.

One of the auto industry's worst-kept secrets, the Toyota Prius C is the next of Toyota’s long line of Prius-themed, high gas-mileage cars, so it’s no surprise that Toyota has decided to publish official photos of the new smaller hybrid ahead of its launch.

Less geeky than the 2012 Toyota Prius, the sub-compact hybrid hatchback is capable of an impressive 35.4 km/L (94 mpg) on the JC08 Japanese test cycle.

We’ll have to wait a few more weeks to get the official estimates for U.S. fuel economy, but Toyota says city ratings will be the highest of any non-plug-in sold in the U.S., meaning higher than the 2012 Prius hatchback's 51 mpg on the city cycle. 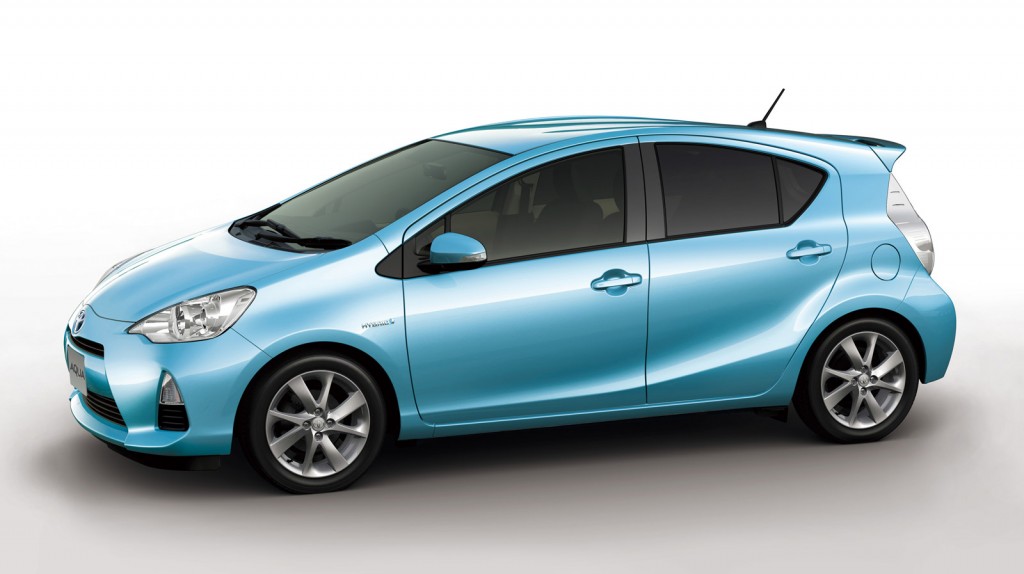 Measuring just 157 inches long, the five-seat hatchback will launch in Japan next month and Australia early next year, where it is hoped to encourage a whole new generation of motorists to make the switch to a hybrid.

And yes, after months of uncertainty, Toyota has finally confirmed that the Prius C will be known in Japan as the Aqua.

Making it quite clear that Toyota hasn’t given up on hydrogen fuel-cell technology, the FCV-R concept car looks to be based on the same chassis as the 2012 Prius, with a very similar roof line to the popular hybrid but much more aggressive front-end styling.

With the fuel-cell unit located under the body of the car, and the higher-pressure hydrogen tank capable of storing more fuel, Toyota claims the FCV-R can travel up to 435 miles under test conditions.

Based on Toyota’s diminutive iQ city car, the FT-EVIII represents the third generation of electric car concepts built around the Toyota iQ.

With seating for three adults and one child, the FT-EV III is identical to its gasoline sibling in most respects, and should come to select markets some time next year as a production-version iQ electric car. 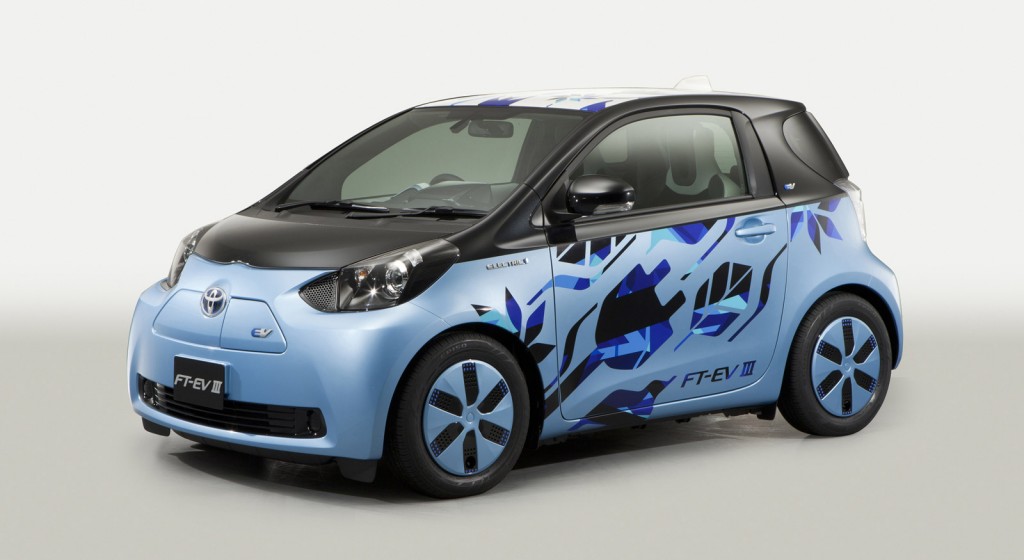 Compared to previous generations of FT-EV concepts, the FT-EV III showcases an improved cruising range of around 65 miles on a full charge. Since that figure is most likely given from a Japanese test cycle, expect the real-world iQ EV to achieve a 50 mile or so range on the EPA test cycles.

While Toyota hasn’t released much information about the Fun-Vii, its enigmatic press release promises “a future where people, cars and society are linked”.

Most likely an urban electric car, the Fun-Vii is probably the least-likely of Toyota’s concepts to make it to production. But given the trend of ultra-small urban runabouts we’ve seen at other auto shows this year, anything is possible.