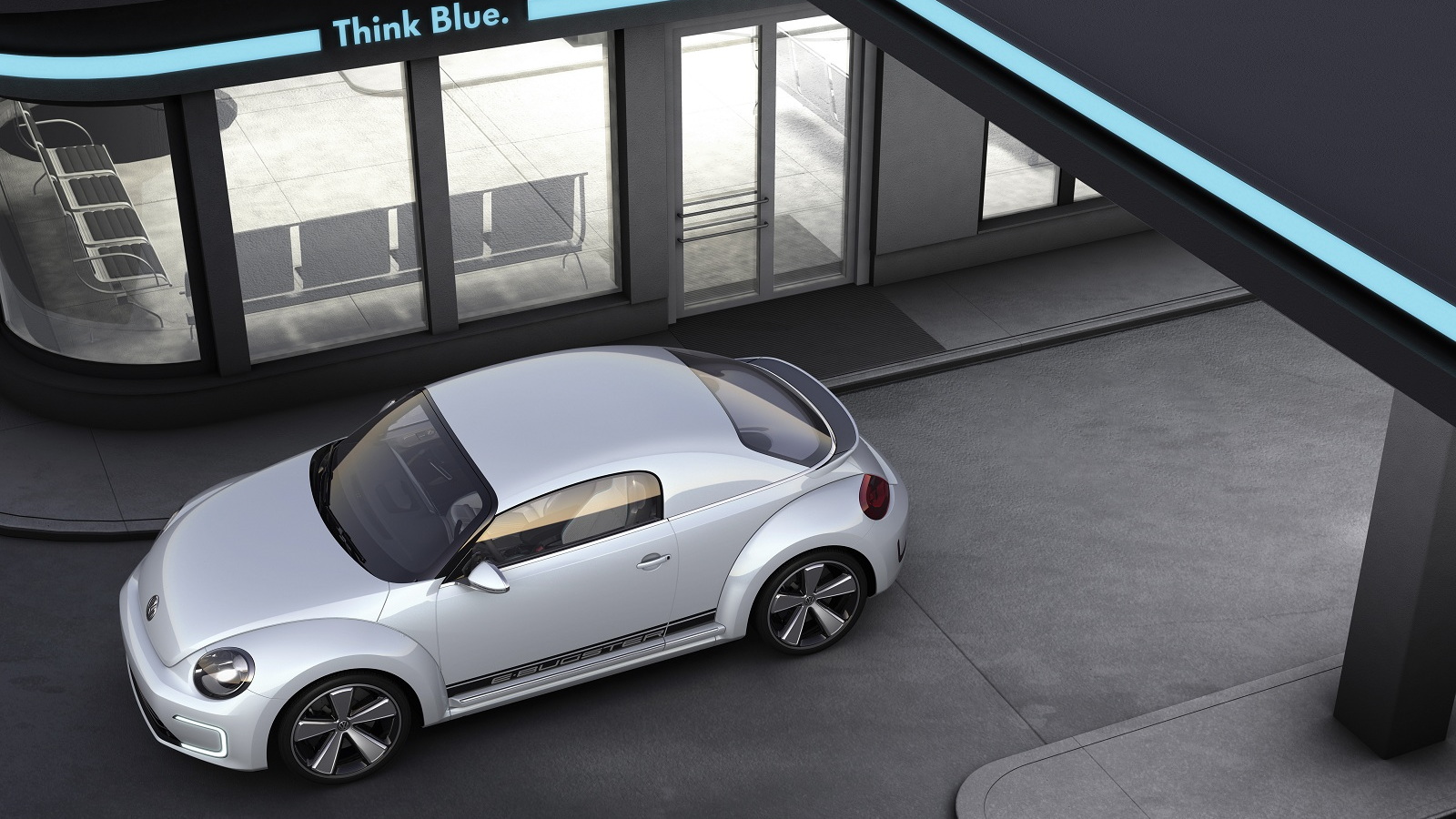 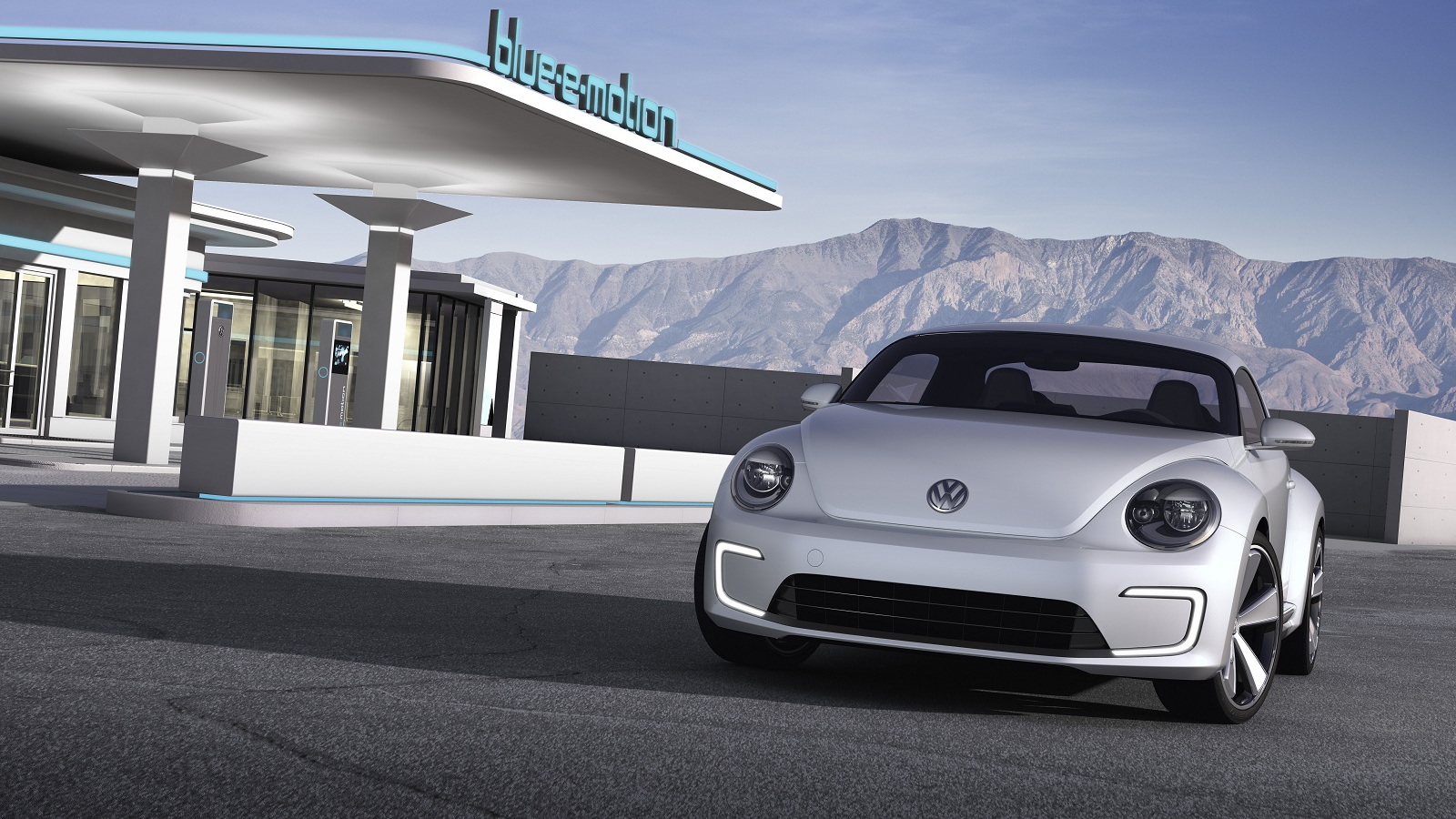 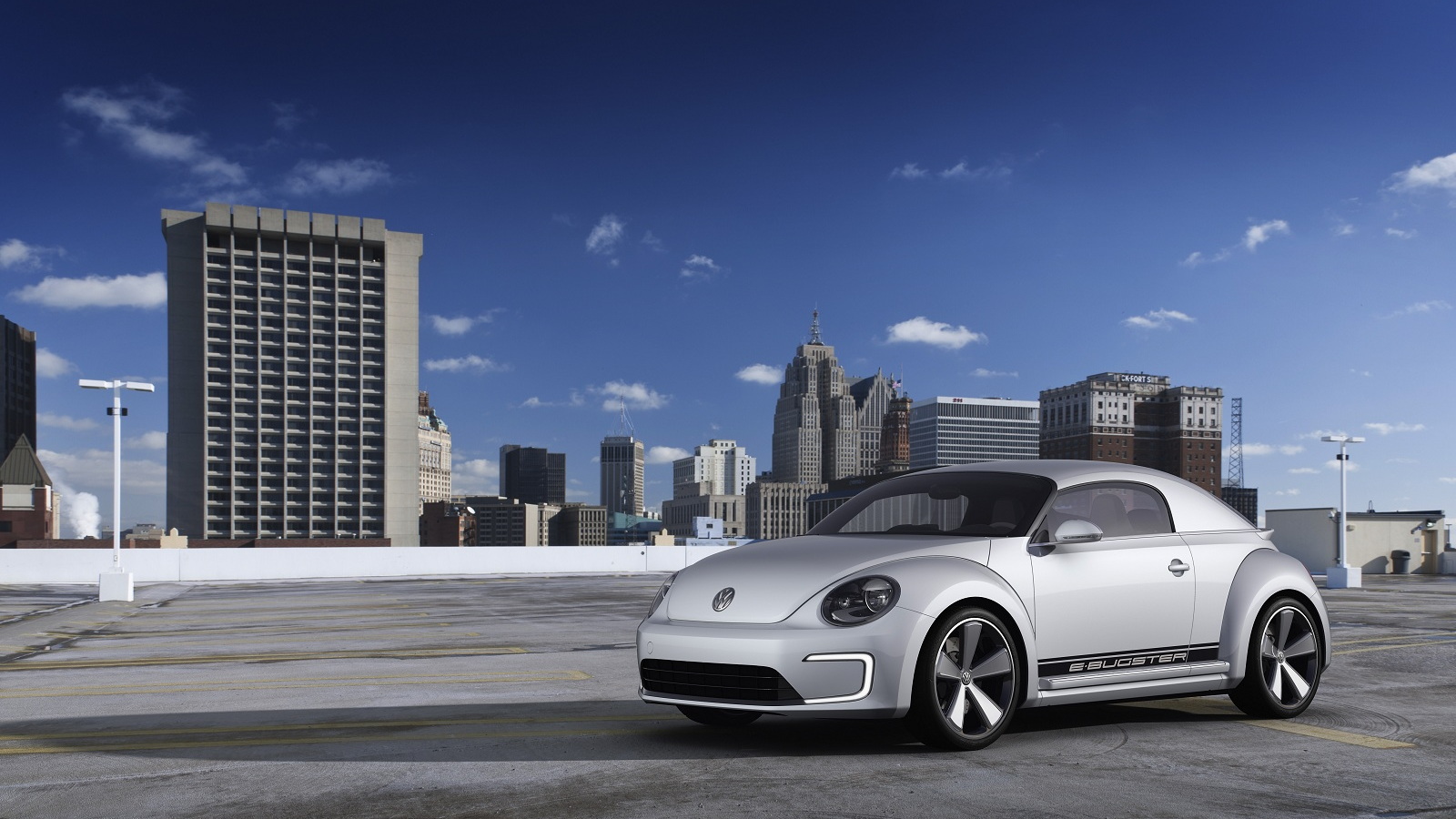 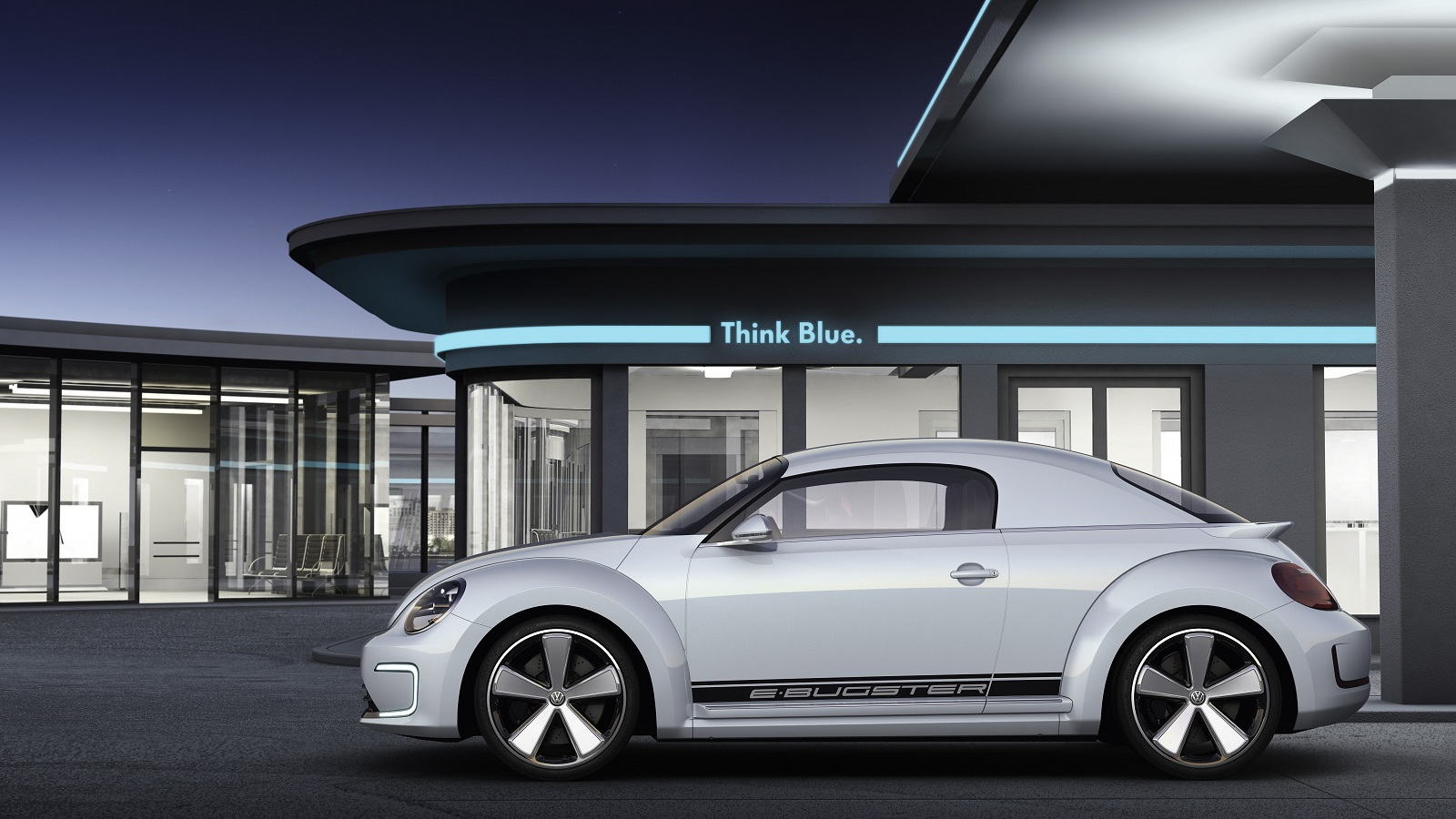 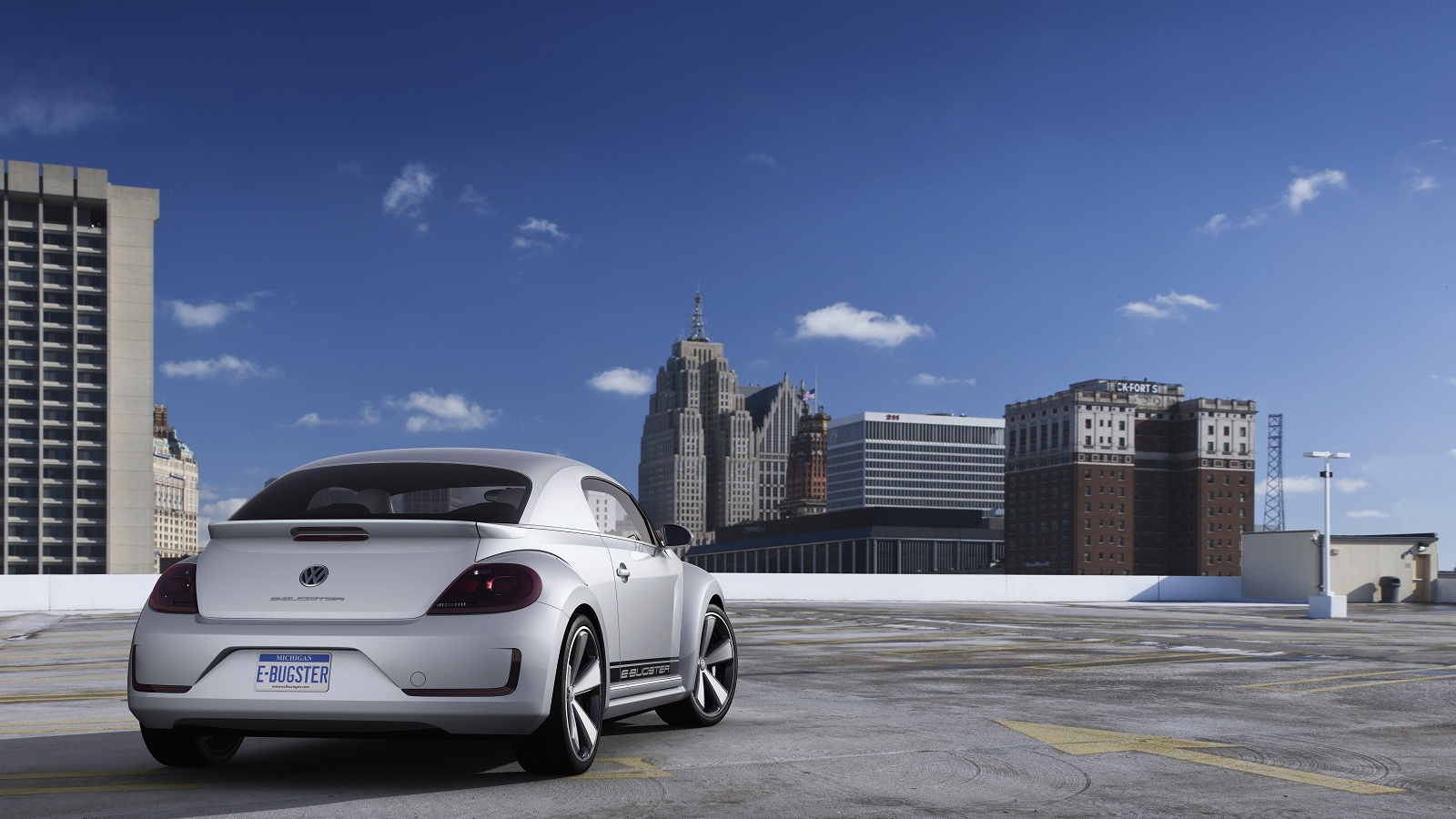 It wouldn't be an auto show without concept cars, and the Detroit Auto Show this year has its share.

From Volkswagen comes a new take on a familiar shape: the Volkswagen E-Bugster, an all-electric two-seat coupe version of its iconic Beetle.

Volkswagen isn't unveiling the car until the show opens, but with sites violating the maker's embargo, we felt you deserved to see the car too.

First, the styling, which blends a flat windshield, a low roofline with shallow windows, and a close-coupled hardtop to create a sporty coupe body.

It's rather like the new 2012 Mini Cooper Coupe, although (to our eyes) a less jarring modification to the known shape.

Power for the concept car is provided by a lithium-ion battery pack and a 85-kilowatt (114-horsepower) electric motor driving the front wheels. The 695-pound battery pack is mounted under the rear bench and below the floor of the trunk.

The charging port is sited under the large VW emblem on the hood, a nice touch. It offers Level 1 and Level 2 charging and, for areas where it's available, DC quick charging as well.

Inside, the tachometer customarily found in the Beetle instrument panel has been replaced by an energy consumption gauge, showing energy used as the vehicle accelerates, and energy returned to the battery during coasting and regenerative braking.

Other graphic displays including a remaining-range indicator, a battery state-of-charge meter, and a regeneration intensity indicator.

Oh, and the name, E-Bugster?

It combines "E" (for electric drive), "Bug" (which Volkswagen explains is the U.S. name for the Beetle), and "ster" from Speedster, customarily an open-top two-seater (which this concept is not).

Volkswagen provided airfare, lodging, and meals to enable High Gear Media to bring you this report from the Detroit Auto Show.