Still looking for a holiday gift for an electric car enthusiast who hasn’t yet experienced the sheer thrill of an accelerating electric sports car?

If you live in Northern California, we might just have a last minute gift idea for you: a day’s rental of a 2010 super sexy red Tesla Roadster.

And to help you make the decision to buy that special someone a Tesla rental gift certificate,  Santa Claus himself has agreed to drop the standard rental rate from $500 a day to $300 a day -- or at least his elves at the online community peer-to-peer car-rental company Getaround have.

Based in San Francisco, Getaround aims to unite car owners that don’t use their cars much with customers that need to hire a car for a few hours or days. It’s a win-win situation for both, helping pay for the upkeep of someone’s car and provide a cheap transport solution to those without a car of their own.

Arranging insurance for car owners, the system allows owners to make their private cars available for hire as little or as much as they want. Each owner gets to set their own rental fees, as well as detail when and where their car is available to rent.

As a consequence, you can rent anything from an SUV to a Toyota Prius.

Even the previous generation 2002 Toyota RAV4 EV we drove last year is available to rent in downtown San Francisco. 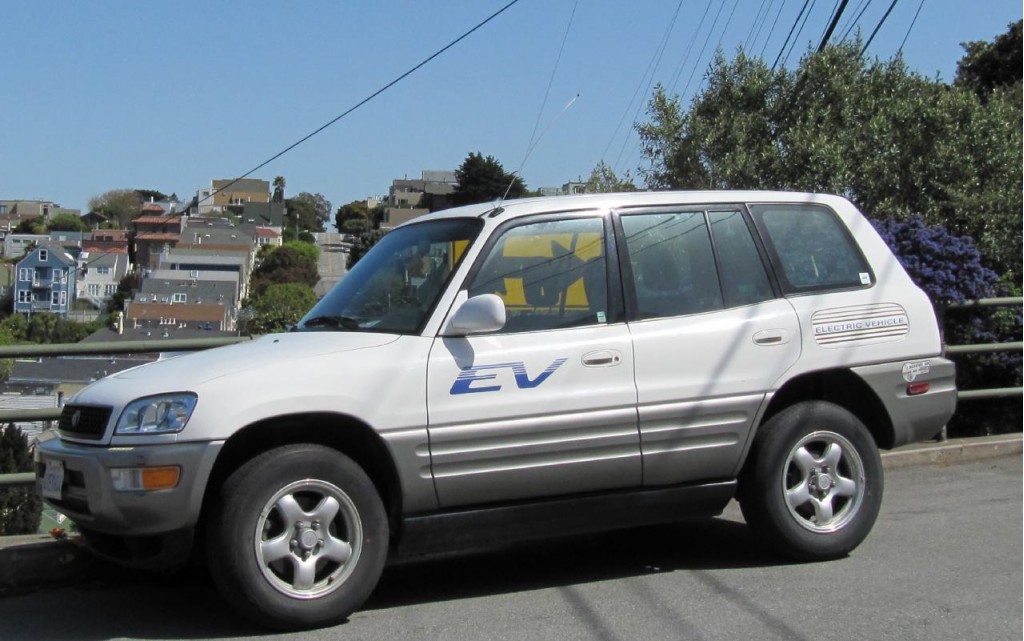 One of several Tesla Roadsters registered with Getaround, the super sexy 2010 Fusion Red Tesla accelerates from 0-60 in 3.7 seconds, and includes uprated premium suspension and access to California’s miles of HOV lanes.

Normally costing $75 for an hour, or $500 a day, the holiday special deal lasts until Wednesday 21 December at 9pm Pacific, when the team at Getaround will give an undisclosed number of applicants gift certificates to entitle them to rent the two-seat sports car at the discounted rate.

Since the Tesla Roadster is no-longer made, this deal could be the best chance to get a loved-one behind the wheel of a Tesla Roadster, or perhaps you could use it to impress that special someone.

To take part, email [email protected], where Getaround’s specially trained elves will catalogue your request and let you know by Friday 23 December to if you’ve been successful.