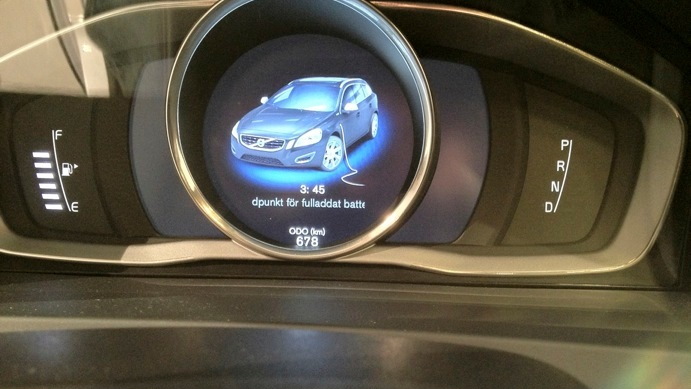 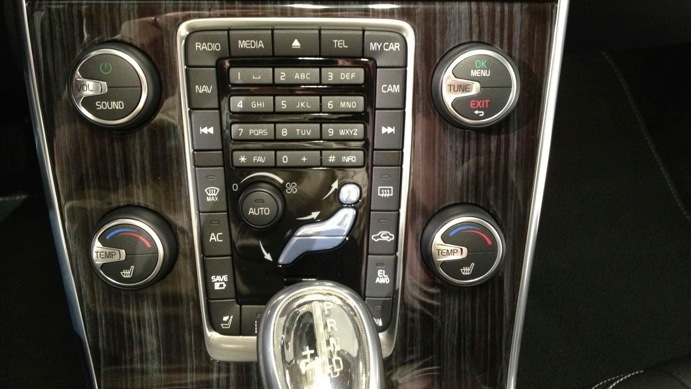 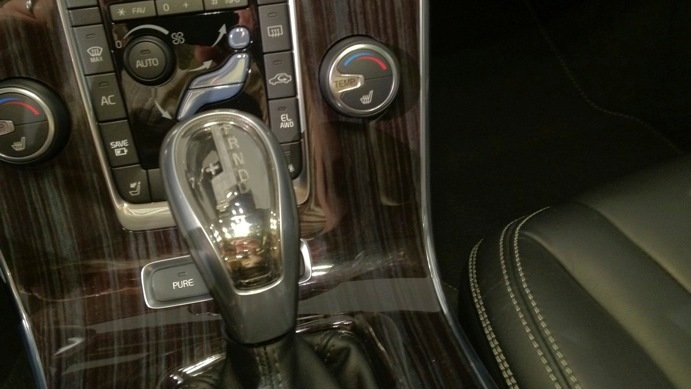 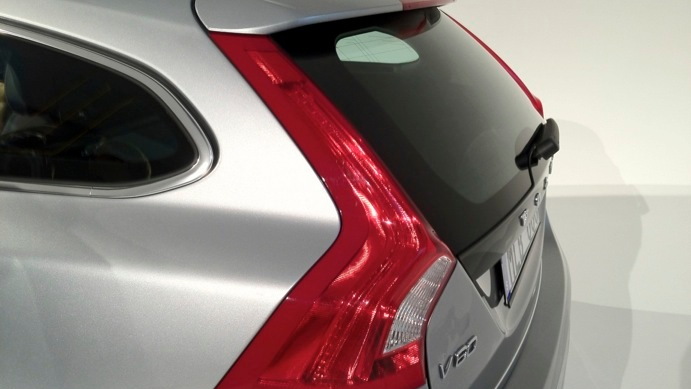 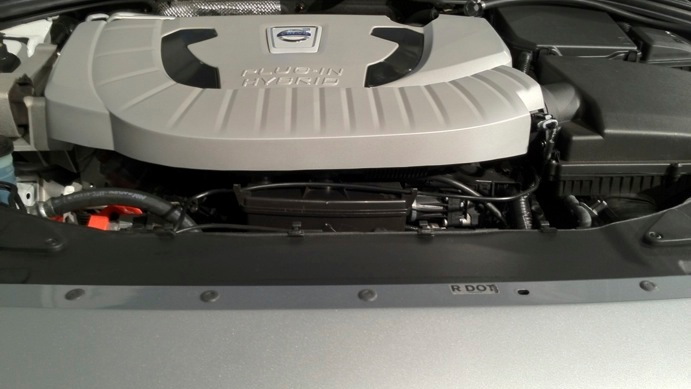 After nearly a year of waiting, Volvo has announced the full specifications and pricing of its first plug-in hybrid car, the 2012 Volvo V60 Diesel Plug-in Hybrid Wagon.

Last February, we were invited to Sweden to get an exclusive sneak peak of the V60 Plug-in Hybrid Wagon concept. Then in June we were given the chance to get behind the wheel of one of Volvo’s early prototype cars at the 2012 Challenge Bibendum

Now we can tell you about our pre-launch visit to Gothenburg, where Volvo executives displayed the production V60 Plug-in Hybrid wagon for the first time, strongly hinting that the V60 Plug-in Hybrid isn’t going to be the only plug-in hybrid we’ll see from those Swedish chefs of safety in the coming months.

A Series Of Firsts, With No Compromise

Throughout the cabin, there's a sense of luxury too -- the first 1,000 cars will come in a Pure Limited specification, which includes leather seats, Artic Night wood panelling, twin chrome exhausts, specially designed alluminium wheels, and all of the other top-of-the-range features you'd expect from a Volvo.

There are some nice touches you might not expect as well: the gear selector lights up to tell you which position it is in, while a smartphone app lets you pre-heat or cool the cabin in a variety of ways depending on where the car is and its state of charge.

And ulike some cars which scream their eco-credentials, the Volvo V60 plug-in hybrid is completely understated. From the rear, only the subtle chrome strip on the tailgate hints at its impressive fuel economy, while a small Plug-in hybrid badge sits on below the "A" pillar on both sides of the car.There are other clues too, like the specially-designed front grille and front spoiler, but to the untrained eye, it looks like any other volvo wagon.

In other words, the Volvo V60 Plug-in Hybrid is the green car equivalent of a street sleeper.

Volvo’s No Compromise ethos follows in the car’s specifications. Up front there’s a 2.4 liter, five-cylinder diesel engine married to a six-speed automatic gearbox. Producing 215 horsepower, it is supplemented by a 7 kilowatt electric motor, which enables the V60 Plug-in Hybrid to enter all-electric all-wheel drive mode when required.

Driving the rear wheels is a 50 kilowatt peak electric motor, making the V60 Plug-in Hybrid Wagon a through-the-road hybrid. Combined, the entire drivetrain system can produce an impressive 472 foot-pounds of torque, and, in power mode, accelerate the car from 0-62 mph in just 6.2 seconds.

All that torque comes in handy for towing too: Volvo claims the V60 Plug-in Hybrid Wagon can easily tow up to 1.9 tons, although fuel economy won’t be anywhere near the  headline-grabbing 1.9 l/100km (124 mpg) it has achieved on the European test cycle.

Capable of driving in all-electric (Pure) mode at highway speeds, the V60 Plug-in Hybrid Wagon offers those with an average commute of around 30 miles the option to use only electricity during the week, switching to diesel power for longer weekend trips.

In Pure mode, the V60 Plug-in Hybrid accelerates more slowly, but Volvo insists that its performance is still on par with other plug-in cars on the market.

Volvo’s V60 Plug-in Hybrid wagon has been been built to withstand all extremes of weather -- and that includes the bitter frigid winters of the frozen Arctic North. As a consequence, the V60 Plug-in Hybrid features many special features which most plug-in cars don’t have.

In addition, the car uses an innovative cooling and heating system that not only controls the temperature of the engine block, battery and cabin, but also the motors to ensure that both passengers and car are always operating at an optimum temperature.

Not Heading For The U.S.

But as we’ve said before, Volvo isn’t planning on bringing the V60 Plug-in Hybrid Wagon to  the U.S.

Firstly, Volvo executives don’t feel that a plug-in hybrid diesel would be well received in the U.S.

In Europe, where 50 percent of all new cars are clean diesels, and many new cars are wagons, a plug-in hybrid wagon makes more sense.

But while the V60 Plug-in Hybrid isn’t coming to the U.S., Volvo executives are keen to point out that the U.S. hasn’t been forgotten.

It has also previously hinted at the development of a new vehicle platform that would be developed to make electrification of Volvo’s entire car range easier, moving it towards a goal of zero tailpipe emissions by the year 2020.

When we visited Volvo’s Gothenburg headquarters last week, Volvo executives remained tight-lipped about any future cars, but strongly hinted that the U.S. would be getting a U.S.-market plug-in hybrid in the near future.

It doesn’t take much imagination to speculate what that could be, and with several auto-shows coming up in the next few months, we could see Volvo’s U.S. plug-in hybrid debut pretty soon.

All we know is this: If the European-specification V60 Plug-in Hybrid is Volvo’s entrée into the world of plug-in hybrids, the Swedish chefs are cooking up one amazing main course.