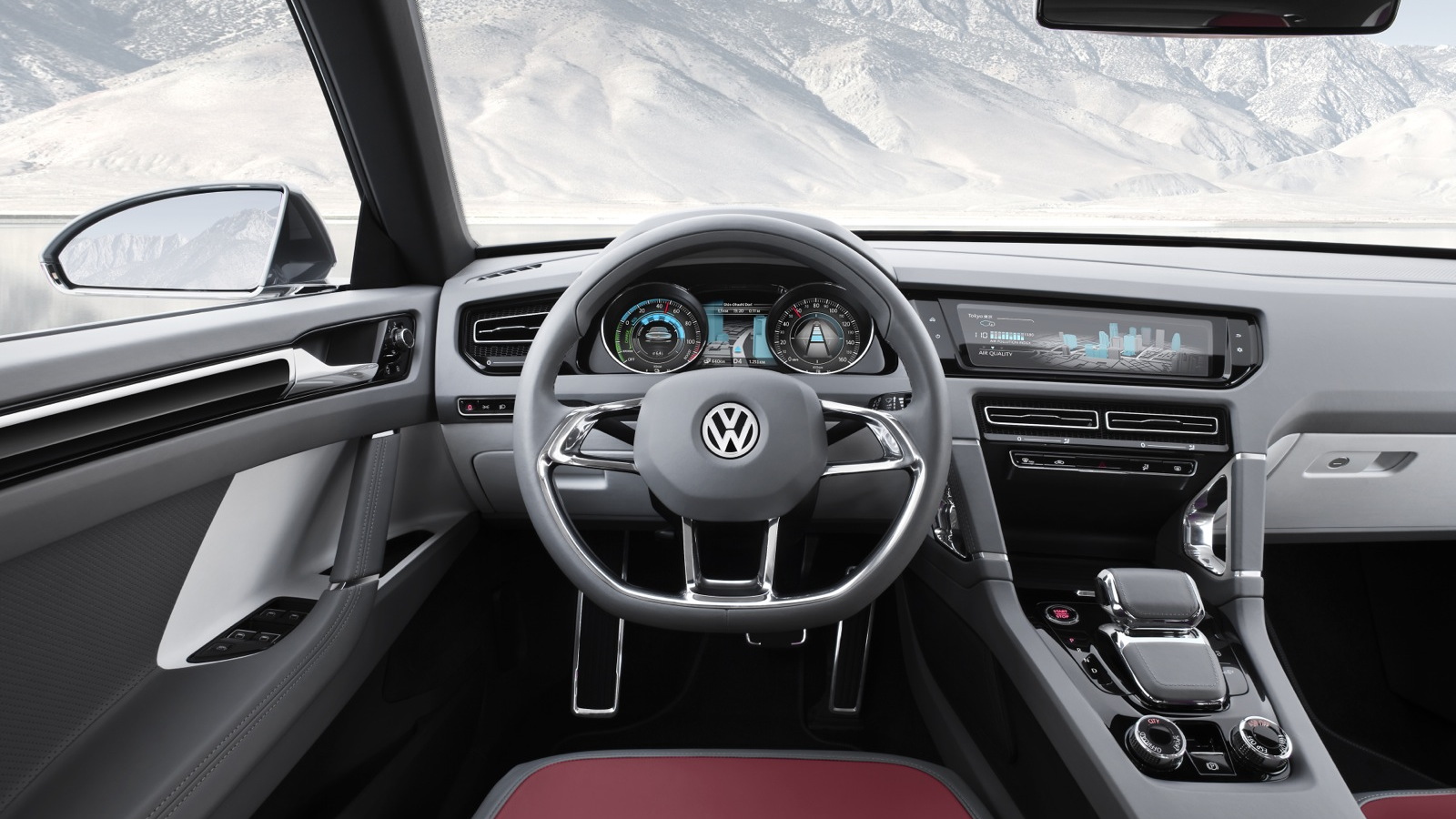 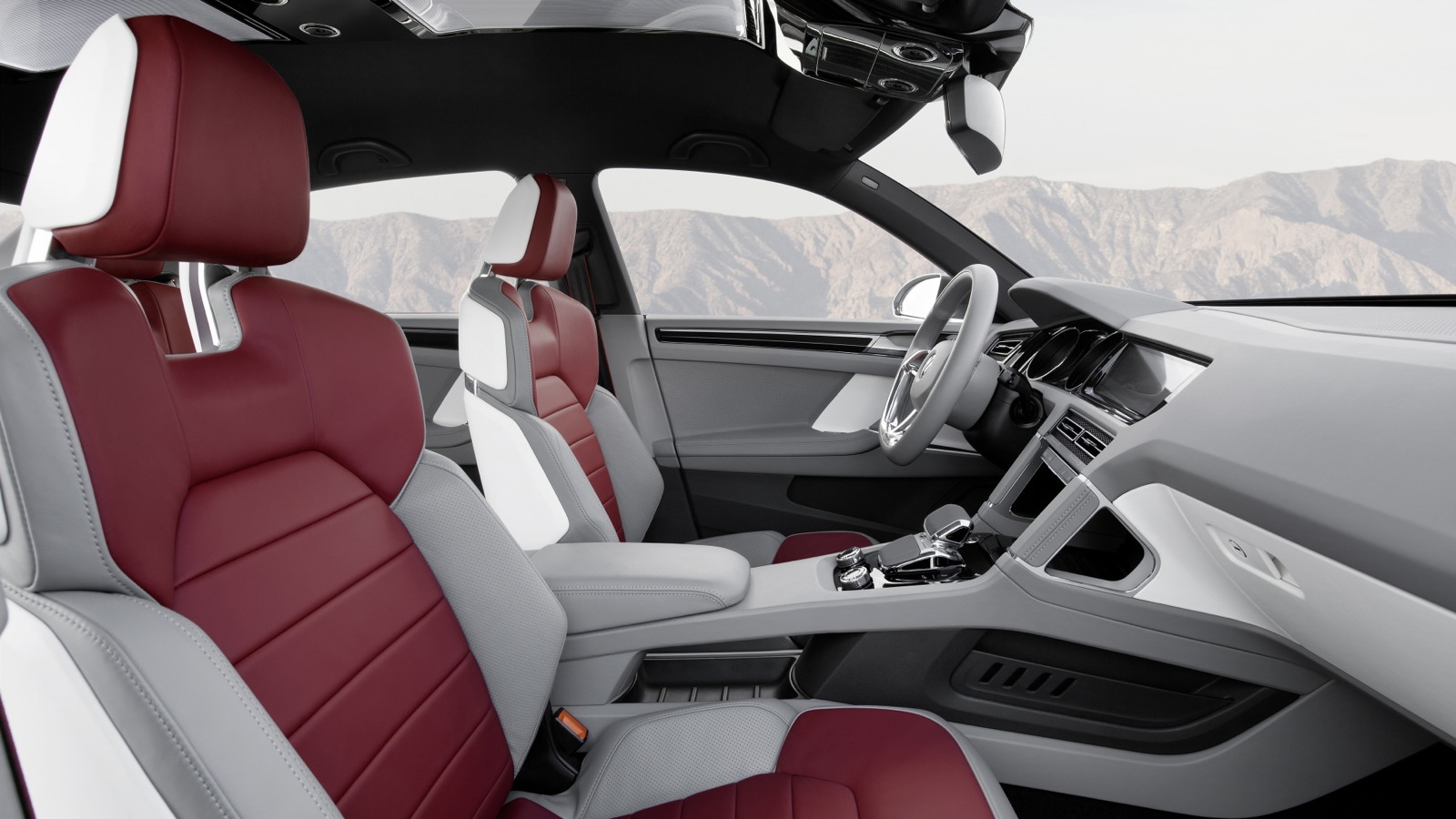 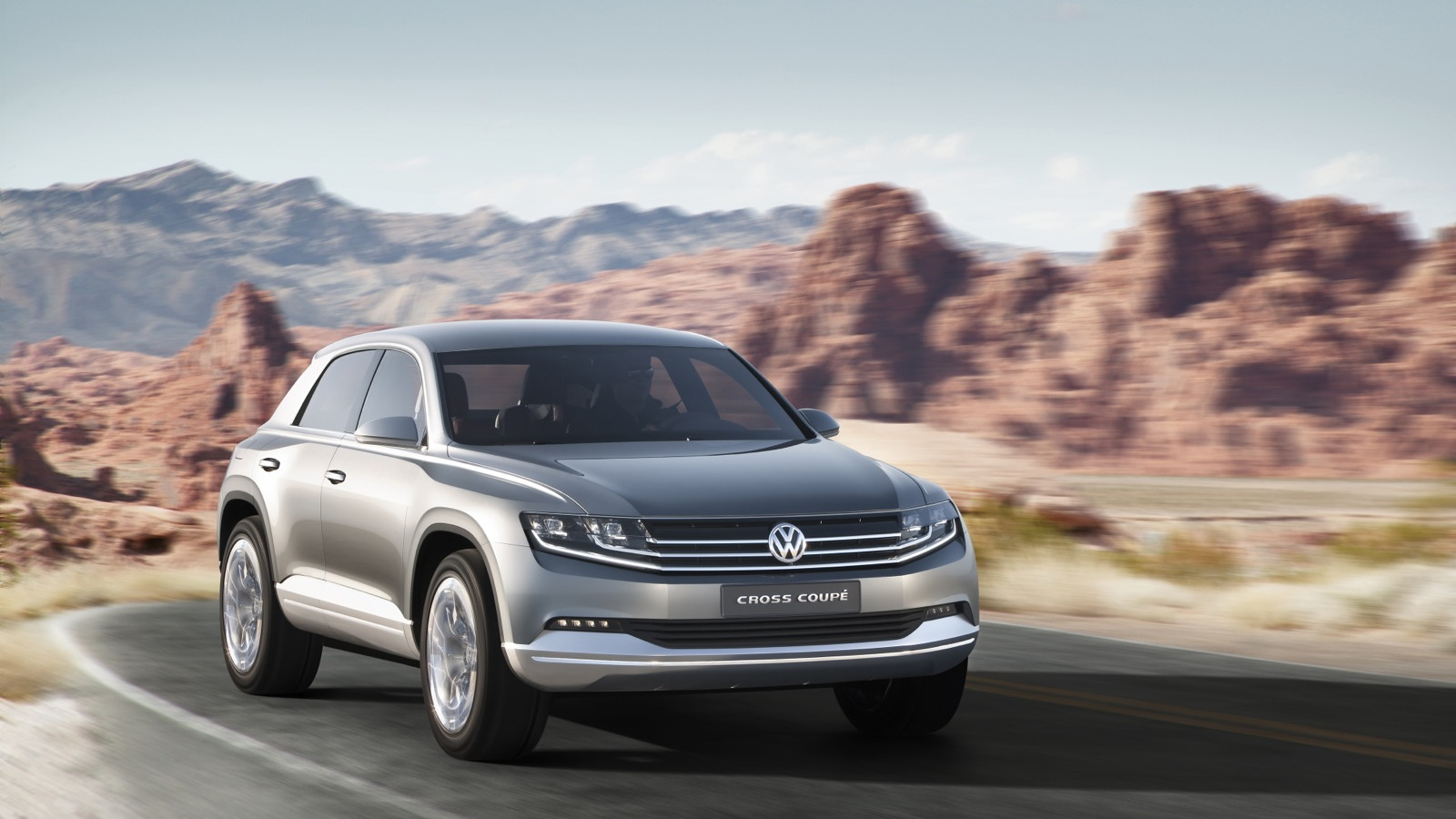 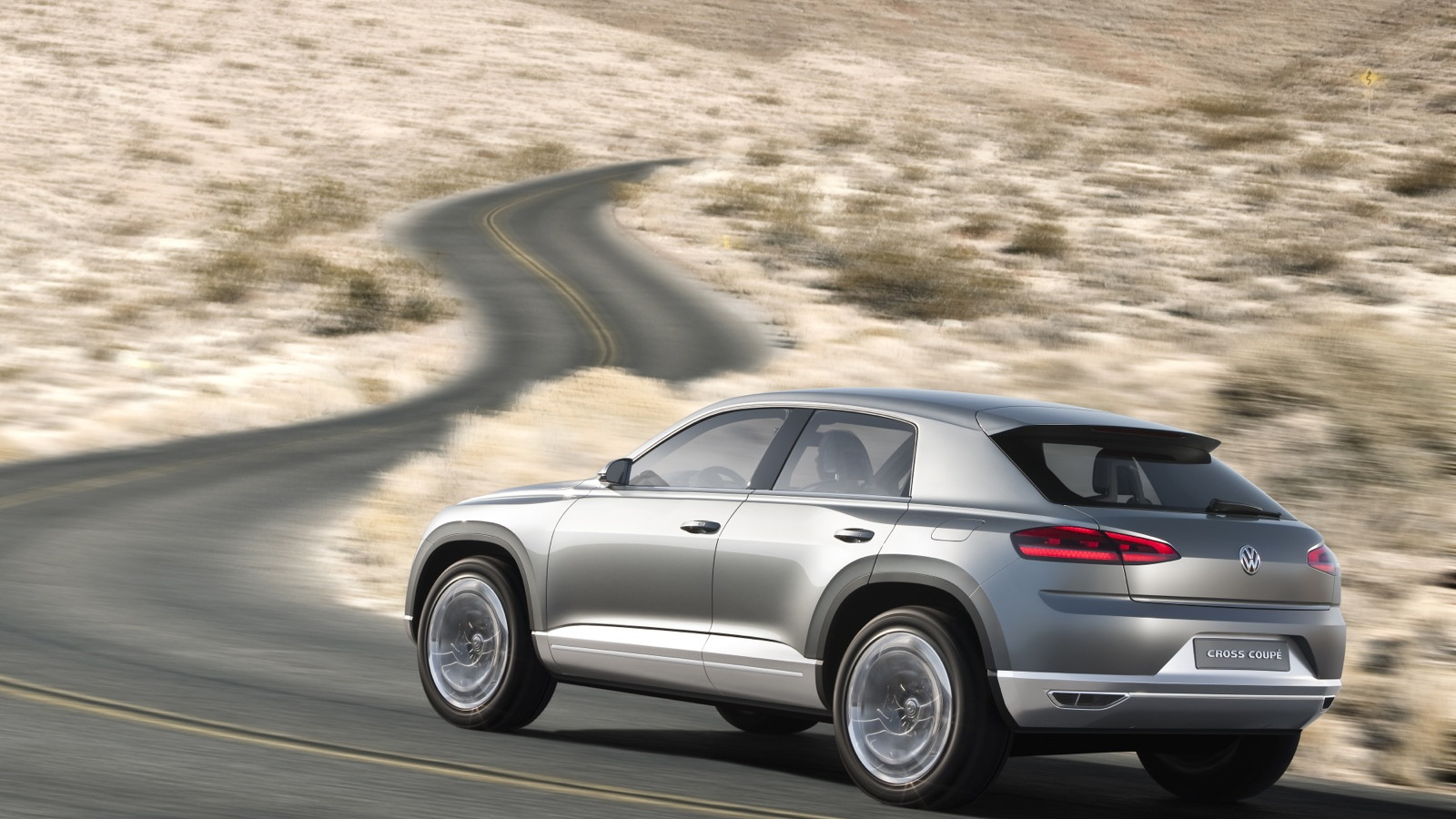 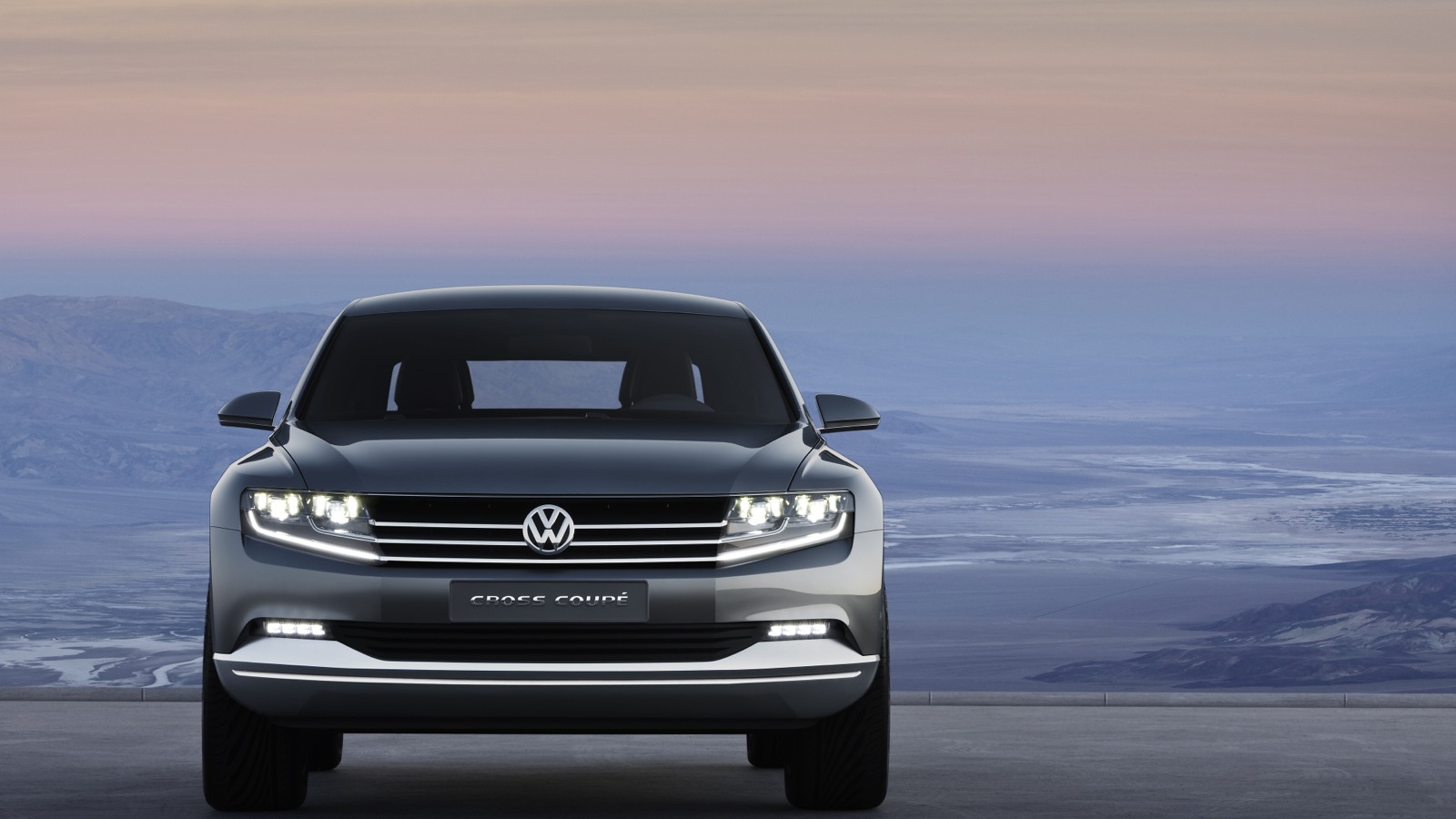 Unsurprisingly, the 2011 Tokyo Motor Show has been dominated by Japanese automakers showing off their latest green car technology and futuristic concepts on home turf.

But that didn't stop German automaker Volkswagen from unveiling its own plug-in hybrid crossover concept, the Cross-Coupe Plug-in SUV

Powered by a combination of two 40 kilowatt electric motors -- one on each axle -- as well as a direct-injection turbo petrol engine, the Volkswagen Cross-Coupe Plug-in SUV produces a combined 195 kilowatts of power and 486 foot-pounds of torque.

As a consequence, the 0-62 mph dash can be made in under 7 seconds in sport mode,  with the Cross-Coupe Plug-in SUV going on to a top speed of 125 mph where legal.

With a gasoline-electric powertrain up front, and an electric motor in the rear, the Cross-Coupe is both a classic parallel hybrid (when running in front-wheel drive mode) and a through-the-road hybrid when the all-wheel drive system is engaged.

Electric-only operation for up to 25 miles

But thanks to its seven-speed direct shift gearbox system (which uses two clutches), the gasoline engine can be mechanically disconnected from the drivetrain to allow the Cross Coupe to travel in all electric mode at speeds of up to 74 mph.

The 9.8 kilowatt-hour lithium-ion battery providing motive electrical power is located where the transmission tunnel would be in a conventional SUV. Giving up to 25 miles of all-electric range per charge, the Volkswagen Cross-Coupe Plug-in SUV can perform both as an all-electric and an extended-range plug-in hybrid.

While the Volkswagen Cross-Coupe Plug-in SUV doesn’t have the charge-sustaining ‘mountain mode’ of the 2012 Chevrolet Volt, it does have the facility to allow the driver to consciously re-charge the battery pack from the car’s engine.

This allows the driver to recharge the car's battery pack from the gasoline engine for later all-electric driving--particularly useful when making a long-distance trip between two cities in which emissions rules restrict movement of conventional cars, but allow electric cars to operate unhindered.

Volkswagen is keen to point out that although it is a concept vehicle, the Cross-Coupe Plug-in SUV is a practical car, capable of enduring everyday duties.  As a consequence, although the Volkswagen Cross-Coupe SUV concept is designed as four-seat SUV, the rear seats can fold flat to offer an impressive 43.4 cubic feet of luggage space.

With a long wheelbase, and wide track widths in comparison to its overall length, the Cross-Coupe Plug-In SUV should have handling characteristics of a much larger SUV too: Volkswagen claims the Cross-Coupe Plug-in SUV Concept could hold its own against conventional SUVs off road.

Is this the next Tiguan?

Unlike some of the concepts we’ve seen displayed in Tokyo this week, the Volkswagen Cross-Coupe Plug-in SUV concept looks to be an almost production-ready vehicle, leading some to speculate that it is a preview of the next generation Tiguan SUV.

We agree.  Although the Tiguan has only been available since the 2009 model year, it is approaching five years old in its native Europe, and the model is in need of a refresh.

And with Volkswagen producing large numbers of Tiguans in China for the increasingly brand-aware chinese middle class, a next-generation plug-in hybrid could be just what Volkswagen needs to keep both consumers and government happy in the heavily-polluted nation.

What do you make of the Volkswagen Cross-Coupe Plug-in SUV concept? Would you like to see it reach production?