Today, if the news cycle cooperates, ABC News will air a segment on its Nightline program that looks at Fisker Automotive--makers of the 2012 Karma plug-in luxury sport sedan--and the low-interest loans it and Tesla Motors have been granted by the U.S. Department of Energy.

But there's been some remarkably sloppy reporting across the media spectrum, so we feel the need to point out a few facts.

The first stories appeared last Thursday on the websites of ABC News and the Center for Public Integrity's iWatch, the joint partners in the investigation.

The ABC story includes a brief 3-minute video clip from Good Morning America previewing the story. The full ABC segment was to have aired Friday, but was bumped by the news of U.S. troop withdrawals from Iraq.

Nonetheless, a flurry of coverage reprised the stories, often adding the political slant of the outlet. Electric-car advocates questioned the motives that led to the story; outlets suspicious of government industrial policy slammed the loans (and occasionally the entire electric-car industry) as doomed to failure.

There have been a couple of hundred articles over the last week or so, notes electric-car advocate Chelsea Sexton, "but very few of them contain actual new info." In her opinion, most of the coverage has been either "partisan attacks or repackaging of the ABC article." 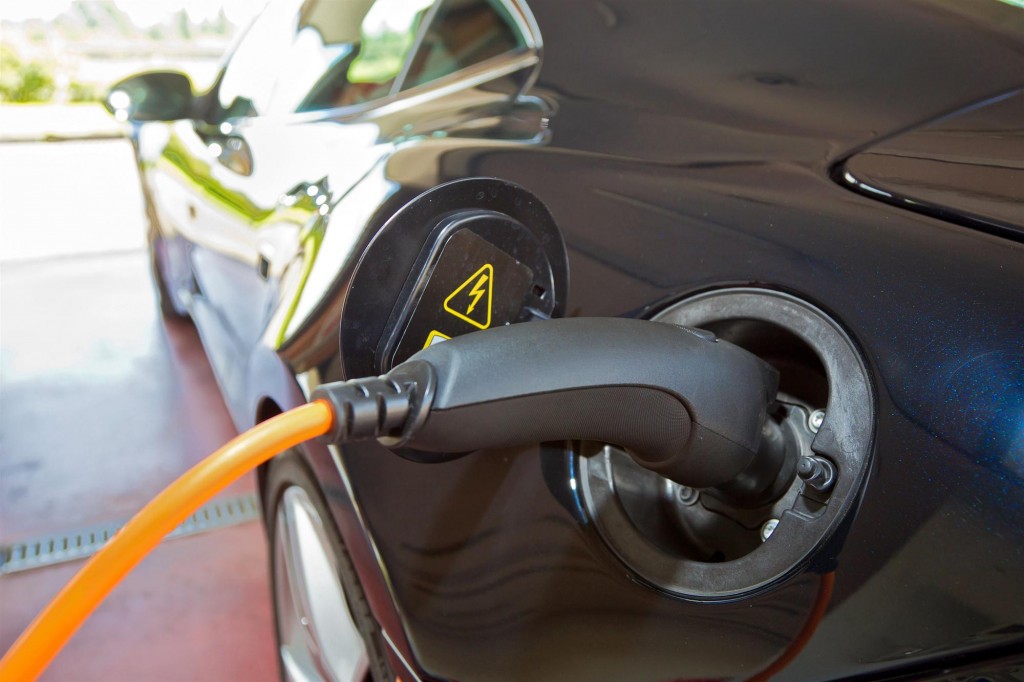 Relatively few, however, have focused on the 2012 Fisker Karma's fuel economy. In range-sustaining mode, the Karma's 2.0-liter gasoline engine propels the car by generating electric power to run a pair of electric motors that turn the wheels. But it does so at just 20 mpg, according to EPA ratings.

In most of the coverage, comparisons of Fisker (and sometimes Tesla as well) to the bankrupt solar-panel maker Solyndra are rife.

That company received roughly half a billion dollars in loans from the DoE, though many solar-industry analysts say it failed largely because Chinese solar-panel makers have cut prices deeply enough to bankrupt virtually any U.S. producer.

(The day before ABC's Fisker story, a coalition of U.S. solar panel makers filed a trade case against the Chinese industry in Washington, accusing it of using billions of dollars of government subsidies to gain U.S. market share in contravention of international trade law.)

Electric-car advocates worry that misunderstanding of the Fisker terms could imperil the DoE low-interest loan program, which still has roughly $10 billion in loan capacity uncommitted to advanced-tech vehicles--with many applications yet to be decided on.

Fisker fought back, with cofounder Henrik Fisker saying the next day--not surprisingly--that Fisker and Solyndra are "completely different; you can't compare at all" in a Washington Post article.

The company didn't do itself any favors, though, by saying yesterday that full production of its mid-size Project Nina plug-in sedan won't begin until mid-2013, though it continues to insist that some production will take place before the end of next year.

And that Washington Post article raised a disturbing note on the topic of government transparency. The Energy Department confirmed to the paper that it had "eased expectations after conditionally approving the loan to Fisker, and has made allowances for scaling back projections in the final loan agreement"

But, according to the article, the DoE "declined to make public those adjusted terms, including projected car sales volume or milestones [Fisker] must meet." 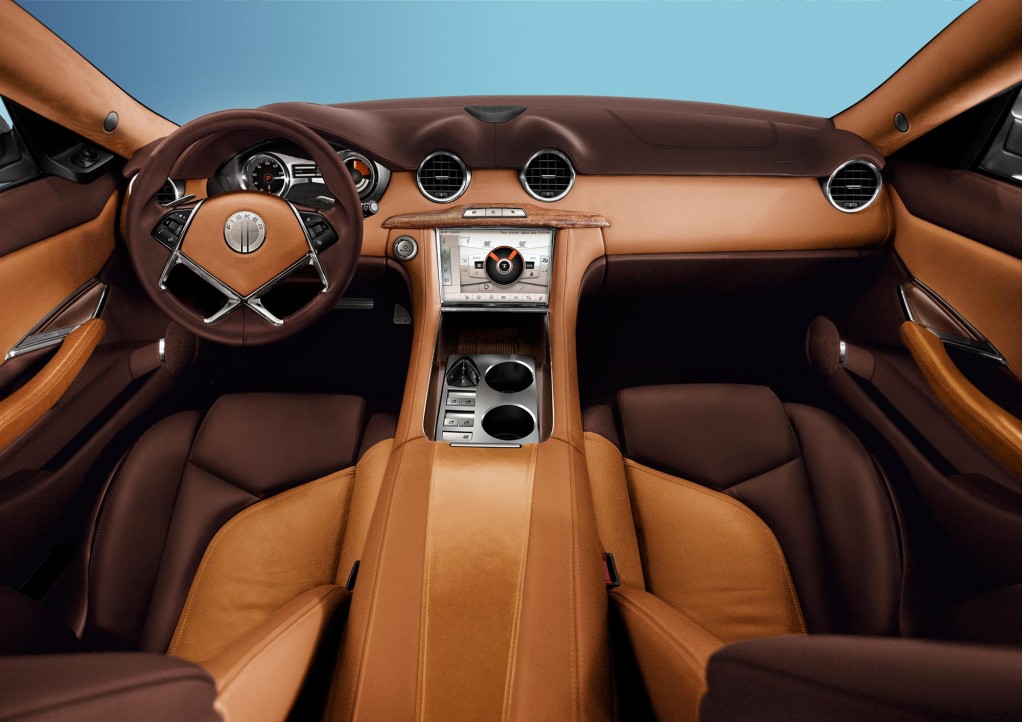 Nonetheless, much of the journalism around Fisker's DoE loans has been somewhere between superficial and shoddy. So it's time to point out a few facts to keep in mind as you view tonight's ABC segment.

(1) The Fisker Karma and Project Nina are two different cars

Because plug-in cars apparently remain exotic and confusing to much of the media, it's important to differentiate between the 2012 Fisker Karma (now in production) and "Project Nina," the code name for Fisker's second car line.

Of the $529 million in low-interest DoE loans granted to Fisker in June 2009, $169 million was allocated for engineering integration work on the Karma. 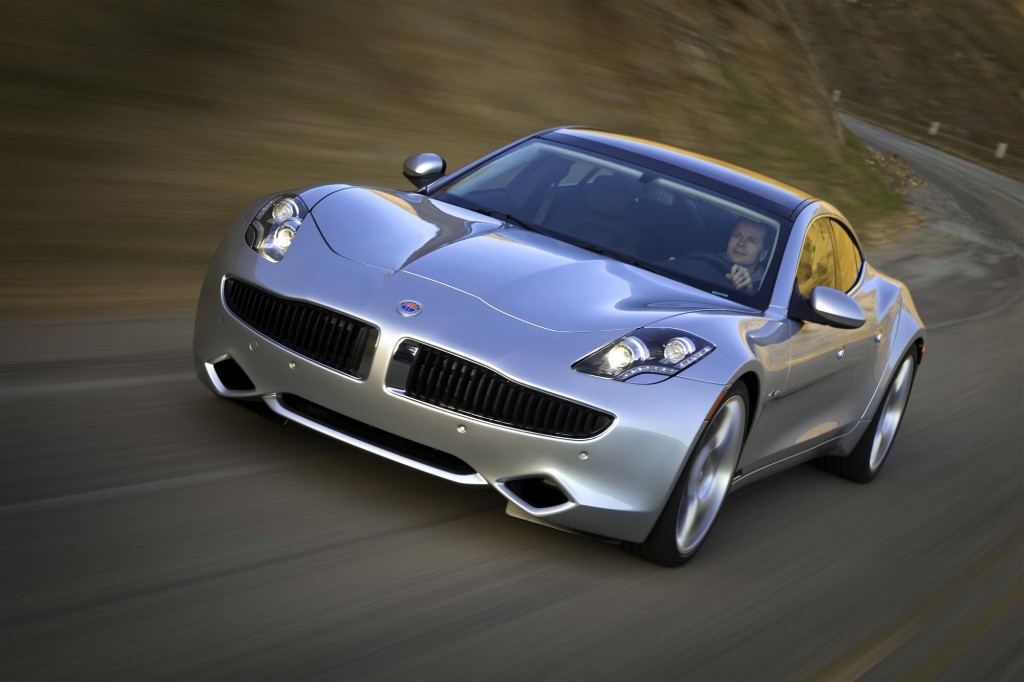 The remaining $360 million goes toward development of "Project Nina," a mid-size extended-range electric vehicle, to be built in a former GM plant in Wilmington, Delaware. That second vehicle is now being designed, but thus far no prototypes or even spy photos of it have emerged.

It will use a BMW-sourced four-cylinder turbocharged gasoline engine. Additional body styles, details of which Vice President Joe Biden blurted out two years ago, are planned to follow the Nina sedan into production.


It's been clear from early in Fisker's history that it would not assemble the Karma itself, but contract out the work. And Valmet in Finland is one of few surviving contract auto assemblers.

Some years ago, renowned auto-manufacturing expert James Harbour suggested that any production volume under 50,000 was not something a car company should undertake on its own--simply for capital expense reasons.

Well before it approved the Fisker loan, the DoE knew that the Karma was to be built in Finland--not Delaware. Fisker points out that the loan-funded final development work on the car has been done exclusively at its U.S. headquarters in Southern California. 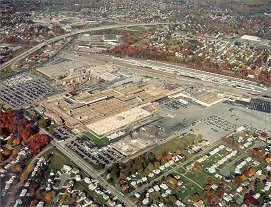 The DoE also knew that the 2012 Fisker Karma would be a pricey product.

Over the four years of development, the price has risen to $95,900 from the 2008 price of $80,000, but it was never remotely going to compete with Toyotas and Chevrolets--even with the $39,995 Chevy Volt that's the only other range-extended electric car on the market beside the Karma.

(3) The DoE gave far larger loans to Ford and Nissan

Completely ignored in the Fisker coverage is the fact that it and Tesla are just two of the four automakers granted loans under the DoE's $25 billion Advanced-Technology Vehicle Manufacturing program.

Then, in September of that year, it granted a loan to one more automaker, Fisker Automotive. That company got $529 million for both final integration work on the Karma and design and development of the U.S.-built Project Nina lineup.

Only a small portion of Ford's total is going toward future hybrids and electric cars. The vast bulk of the $5.9 billion will fund making its EcoBoost turbocharged gasoline direct-injection engines at least optional across all of its volume vehicles by 2015.

Nissan is using its loans to adapt a Smyrna, Tennessee, plant to assemble Leaf electric cars and to build a lithium-ion cell fabrication plant next door.

GM withdrew its application to the DoE for $14.4 billion of loans in January, but Chrysler still hopes to receive loan approval of up $14 billion from the program. 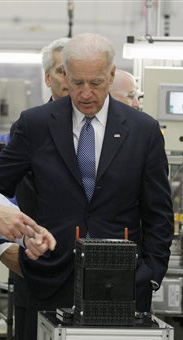 But the Energy Department has turned down applicants too. Six months after the Fisker approval, It denied a $321.1 million loan application by the secretive V-Vehicle Corporation (VVC), which hoped to hire 1,400 workers to build a low-cost, composite-bodied car in Louisiana.

(4) These are loans, not grants

It's important for journalists to reiterate the phrase "low-interest loans" often, since some coverage has suggested the DoE funds are outright grants.

The reasonable comeback to that is that the loans are only promises to repay and, as Solyndra indicates, they may not get paid back. That's fair, certainly. But neither Fisker nor Tesla has filed for bankruptcy, and both are within a year of boosting their incoming cash flow as they begin to sell vehicles.

So what IS important?

After spending time critiquing other coverage, what do we think are the important parts of the story?

In the end, "expectations of transparency are different with taxpayer funding involved," said electric-car advocate Sexton. "So the DoE needs to step up too."

To us, the entire episode points to the complexity of government industrial and technological policy--and the inability among both media and the general public to acknowledge that most government decisions both involve risk and may be sideswiped by external events.

There will be, we're sure, more to come on this story.