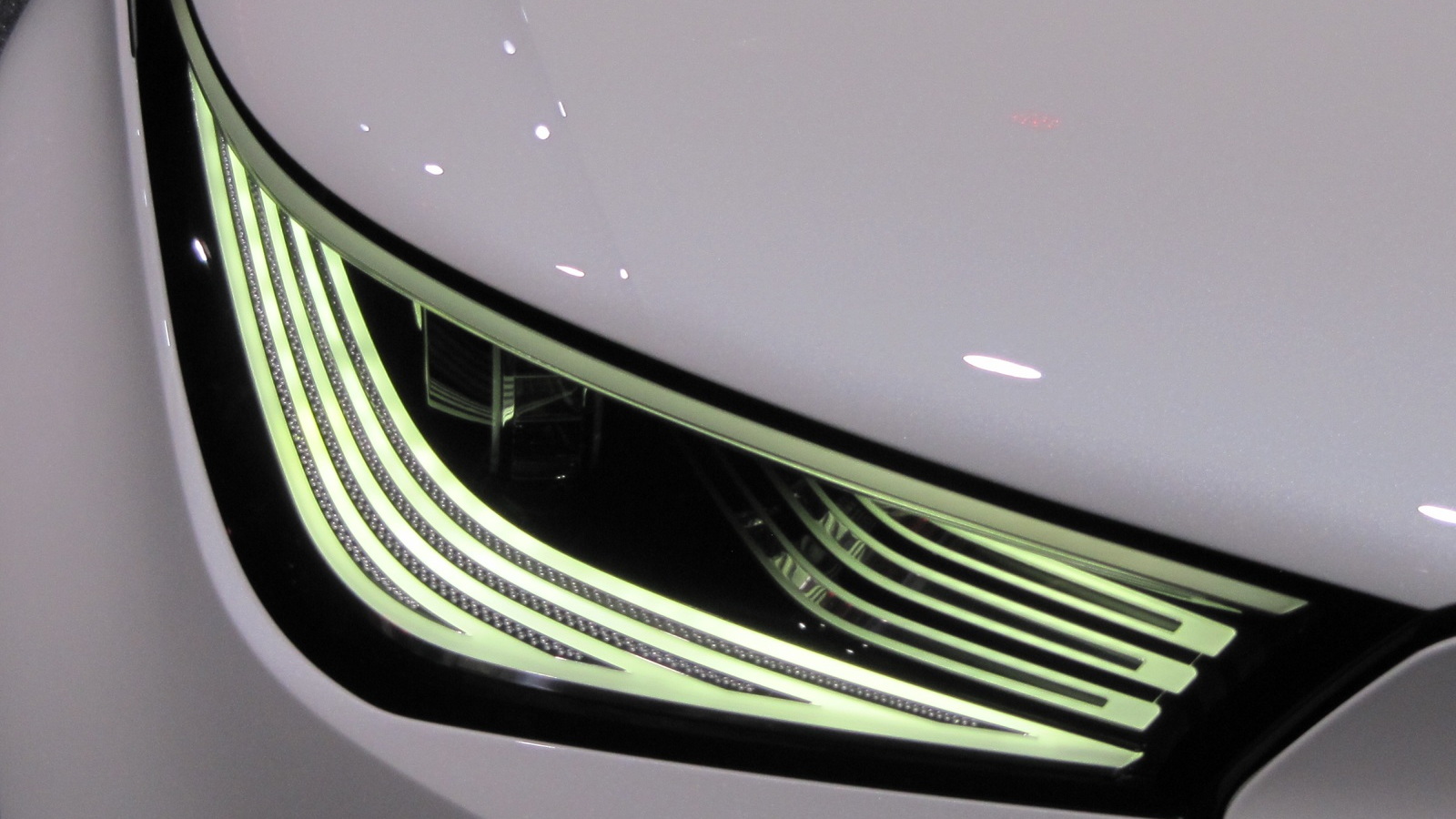 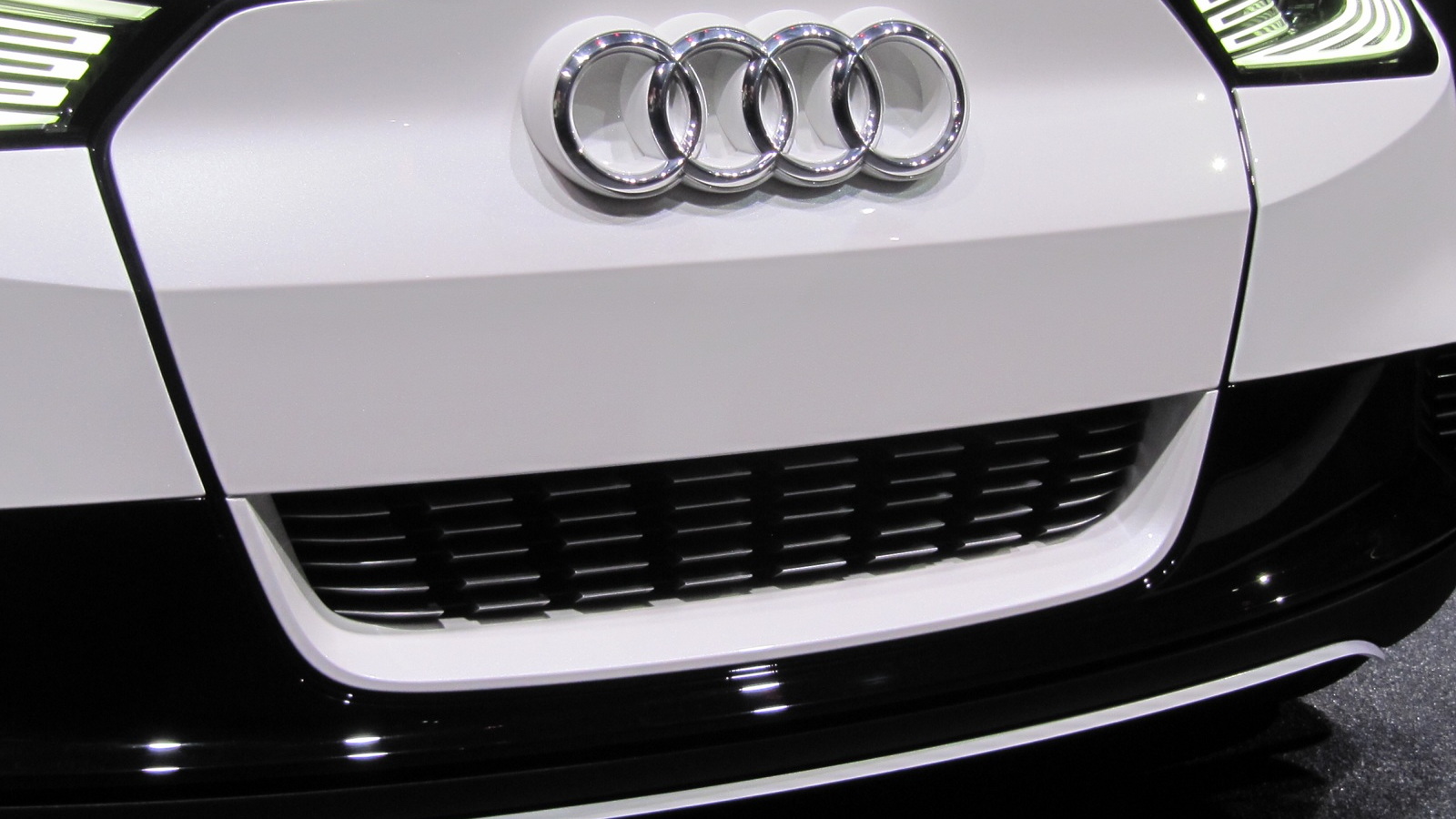 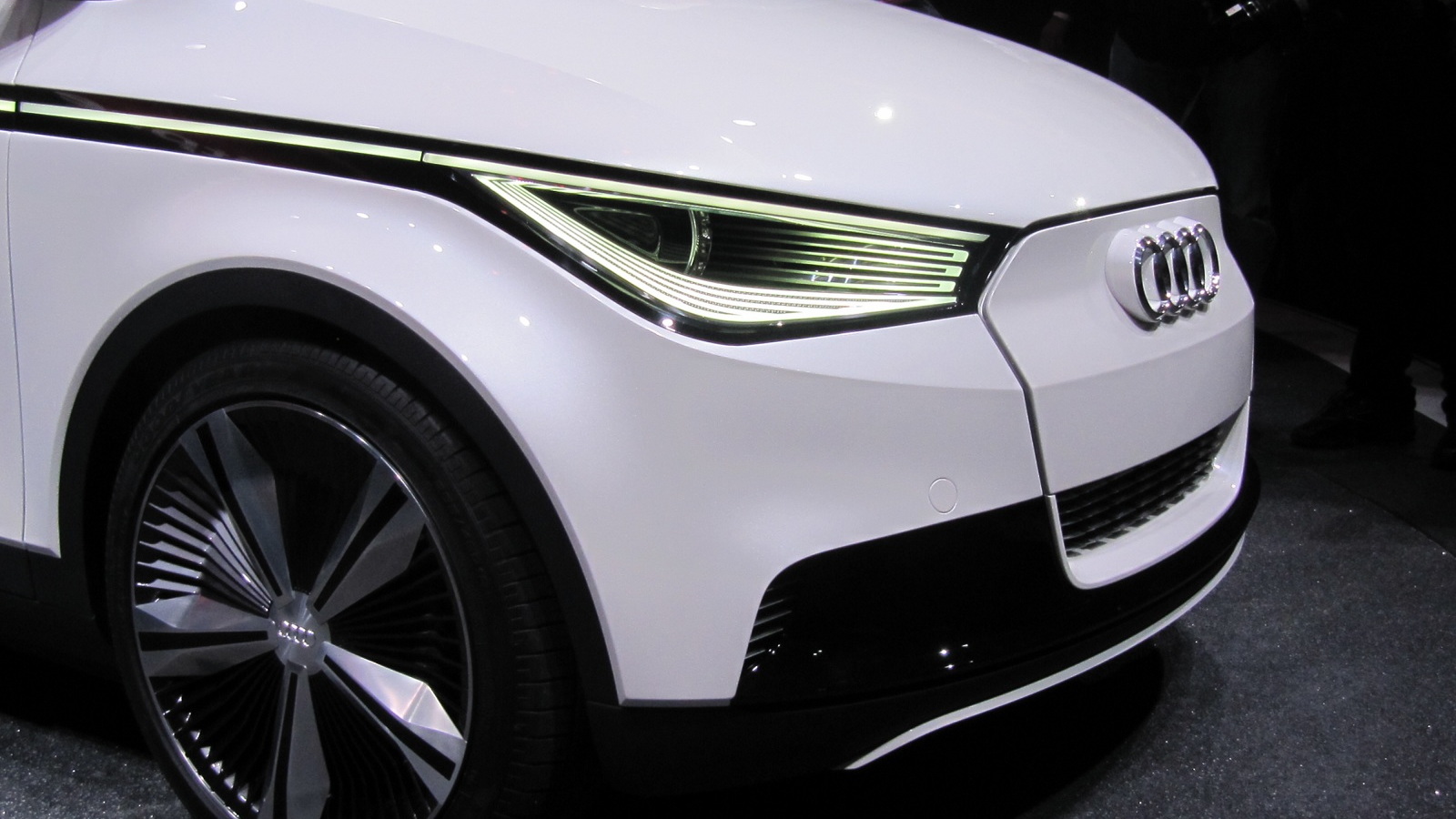 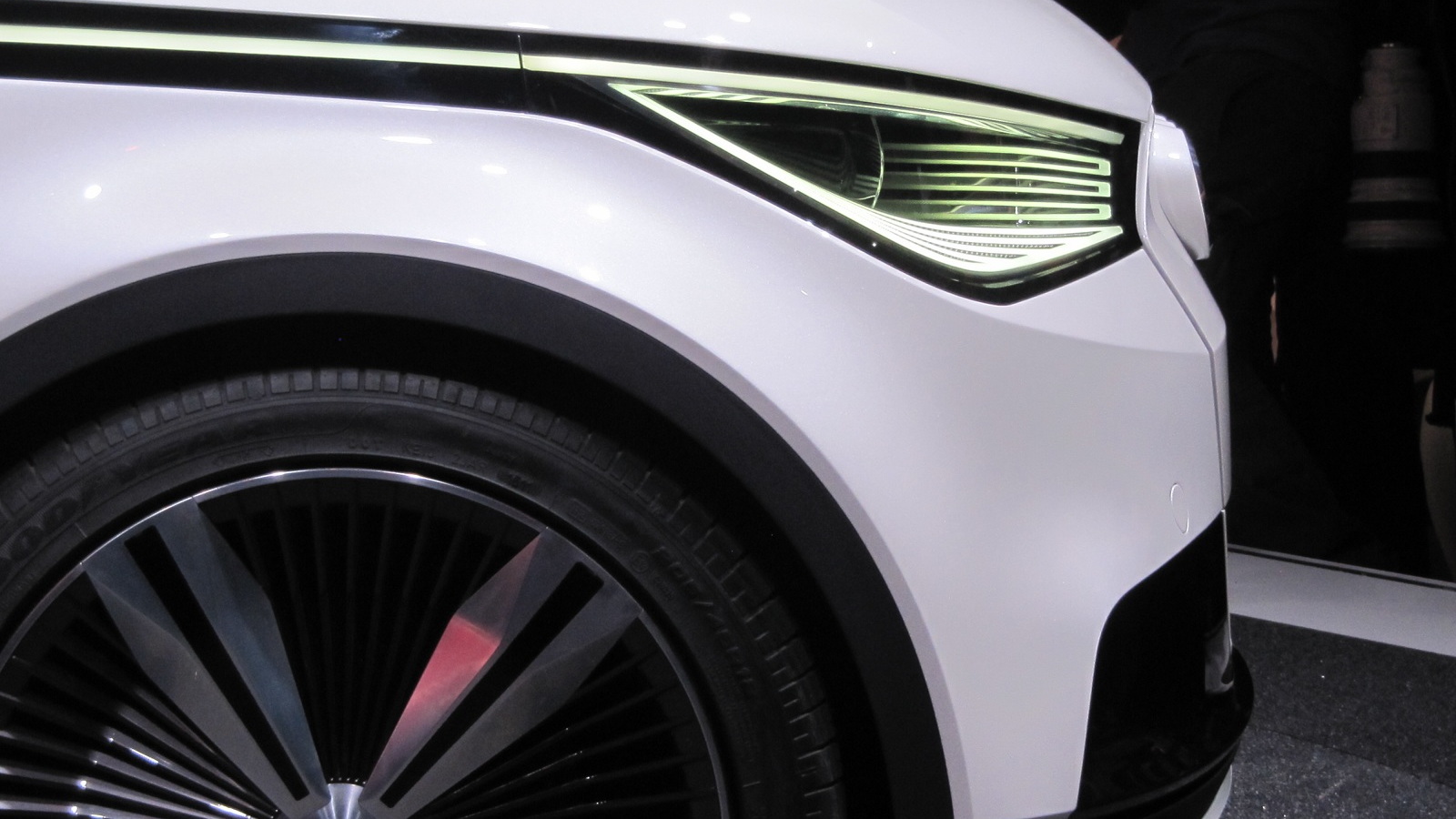 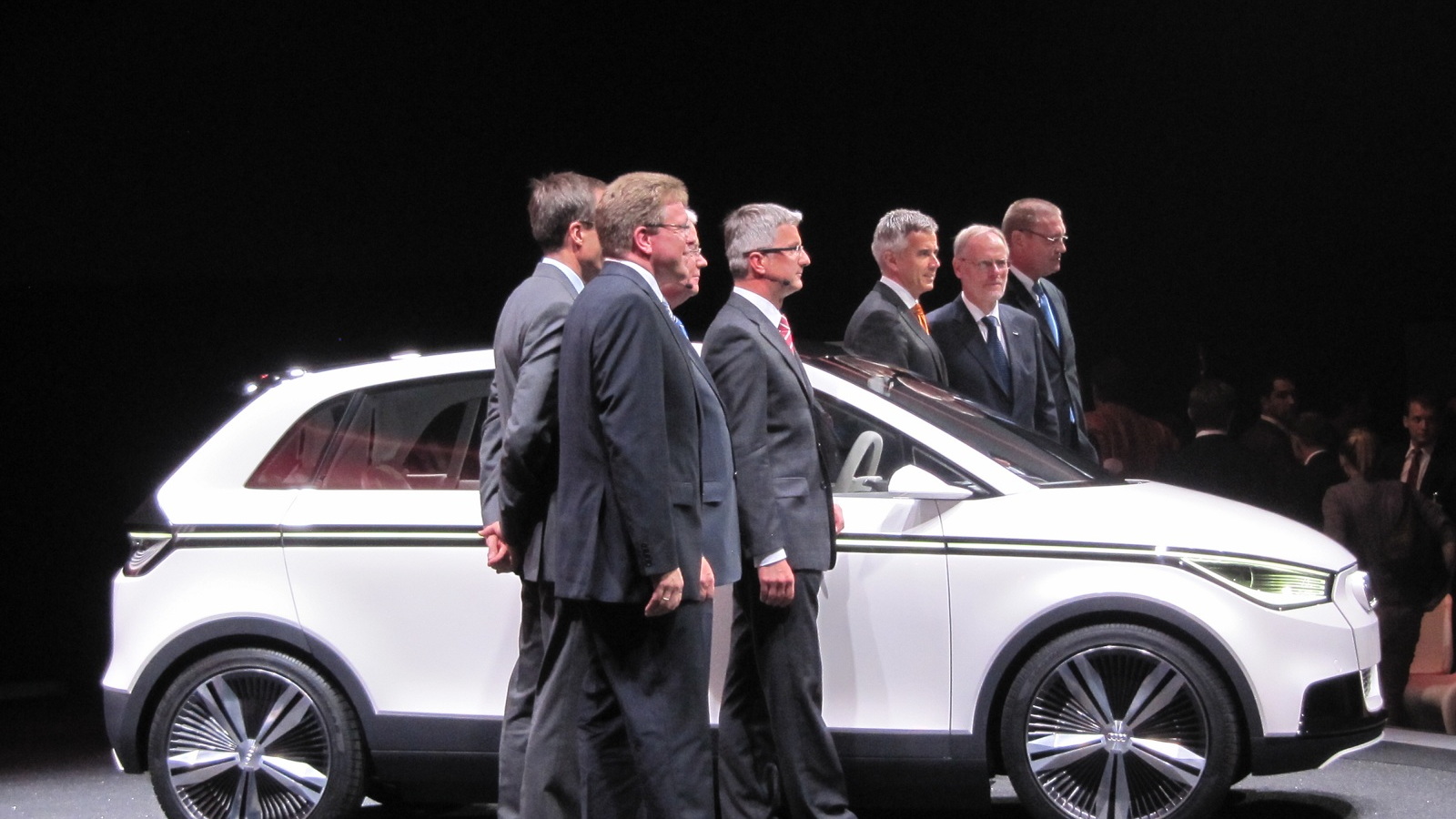 Audi has just unveiled its all-electric A2 Concept vehicle at the 2011 Frankfurt Auto Show.

Placed somewhere between its two-seat electric Urban Concept which we saw yesterday and its A3 hatchback, the four-seat concept is a direct competitor to BMW’s much-anticipated 2014 i3 electric car.

With no doorhandles and LED lighting running the entire length of the car the Audi A2 electric concept has a definite, futuristic appearance.

Like the Audi Urban Concept, the 2012 Audi A2 Concept is built using ultra-lightweight construction techniques -- replacing the traditional steel and aluminum found in most modern cars with Carbon Fibre-Reinforced Polymer.  As a consequence, the A2 electric concept only weighs 2535 pounds.

Power is delivered from what Audi calls a sandwich-floor-mounted lithium-ion battery pack. With a capacity of 31 kilowatt-hours (and a usable capacity of 24 kilowatt-hours), Audi claims the A2 electric is capable of driving 124 miles in the European driving cycle test. (As a reference, the 2011 Nissan Leaf -- which is given a 73 mile EPA range in the U.S. -- achieved a 109 mile range in the European driving cycle test.)

Top speed is electronically limited to 93 miles-per-hour, while a 0-62 mph sprint takes place in 9.3 seconds -- a little slower than the rival BMW i3.

Just like any other concept car, the A2 Electric Concept features its own array of advanced technology features, from a built-in WiFi network to enable passengers to connect to the Internet on the move through touch-sensitive pads which replace the conventional indicator and wiper stalks on most cars.

The A2 also features what Audi calls semi-autonomous driving -- an advanced form of adaptive cruise control -- which is capable of automatically moving the A2 forward when it is in a long queue of stop-start traffic.

We’ll be bringing you more from Audi and its electric A2 Concept later on -- but to keep up to date with the very latest news from the 2011 Frankfurt Auto Show, but in the meantime  head here for our full coverage of the Frankfurt show thus far.