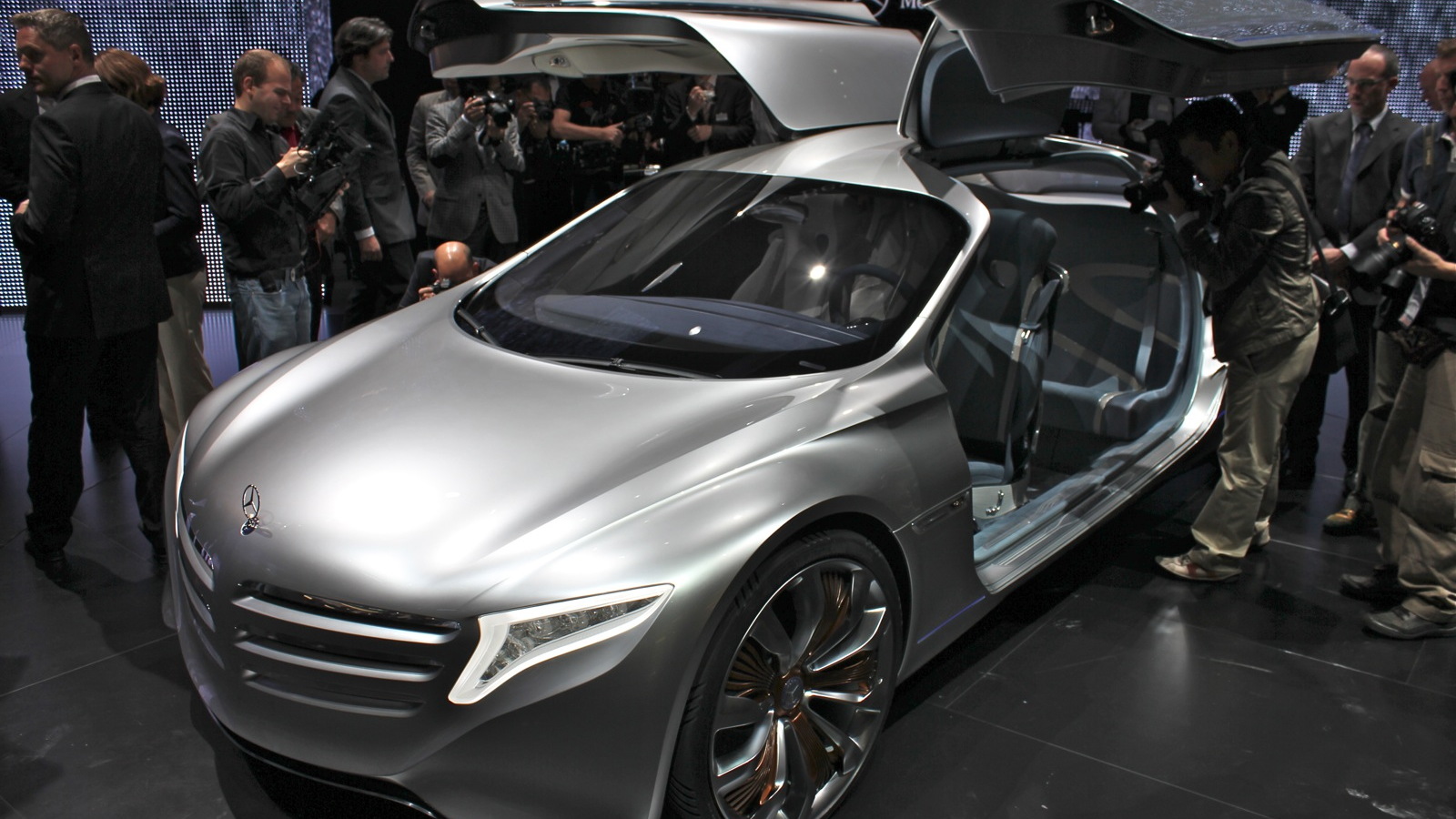 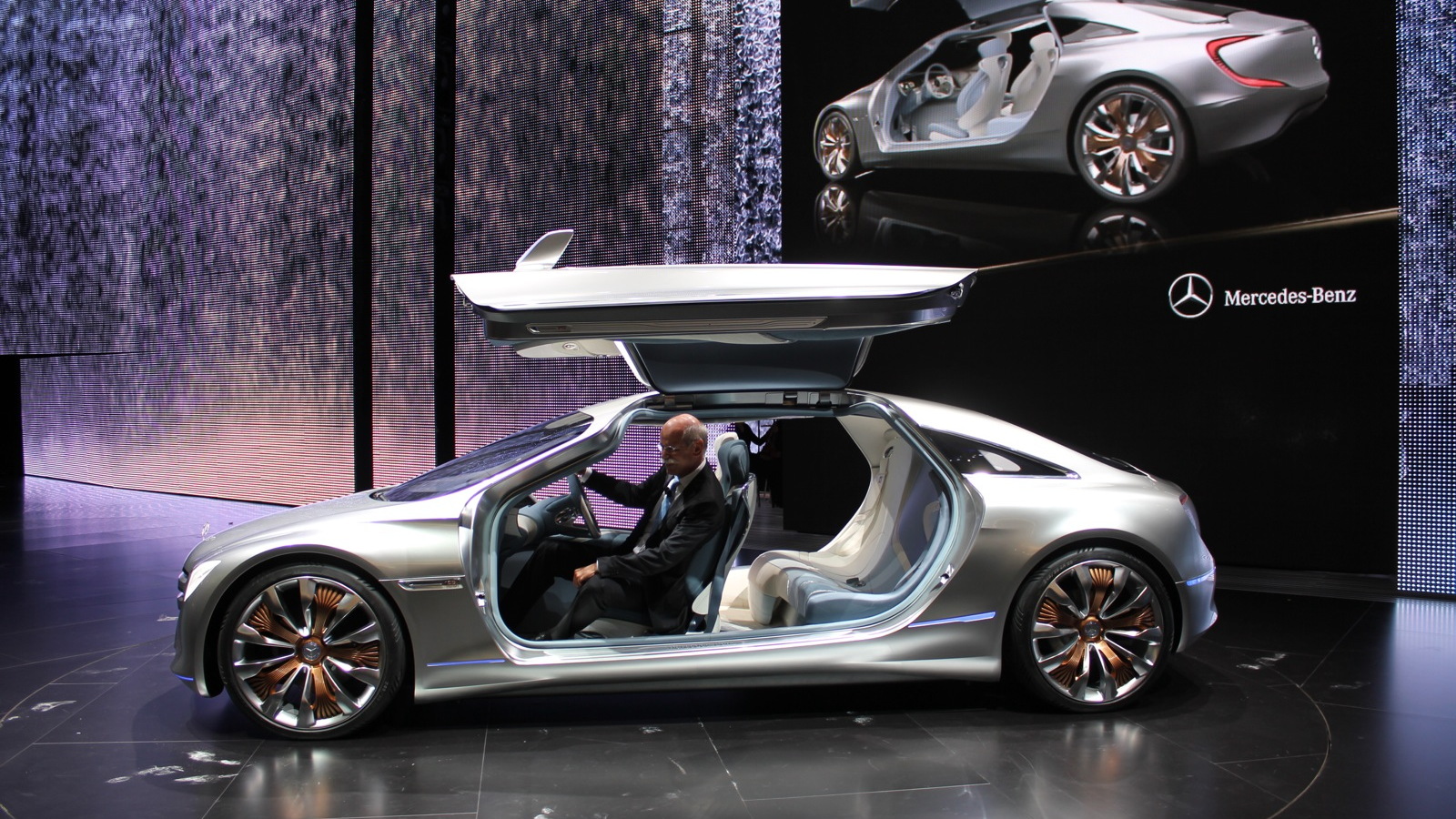 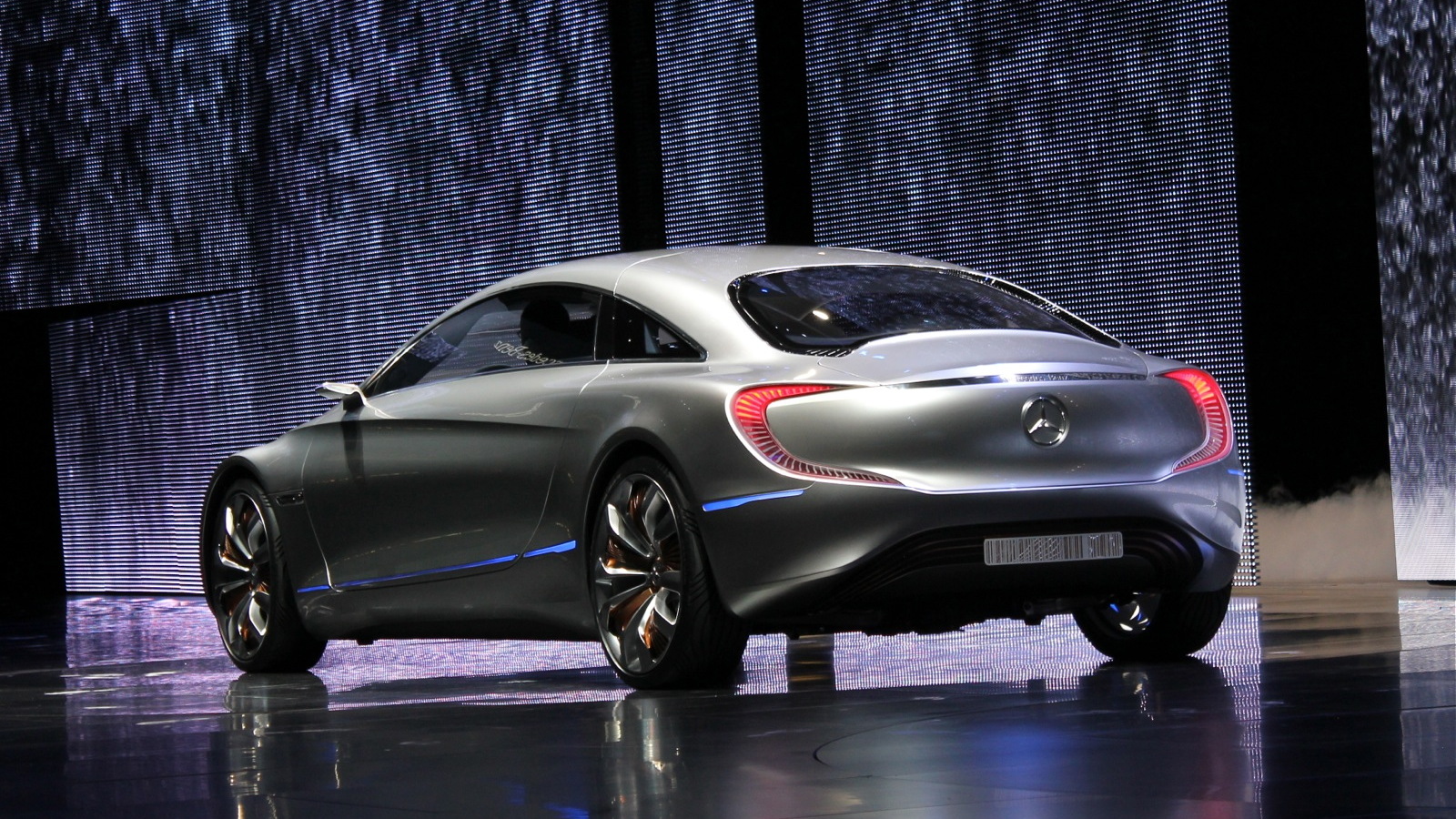 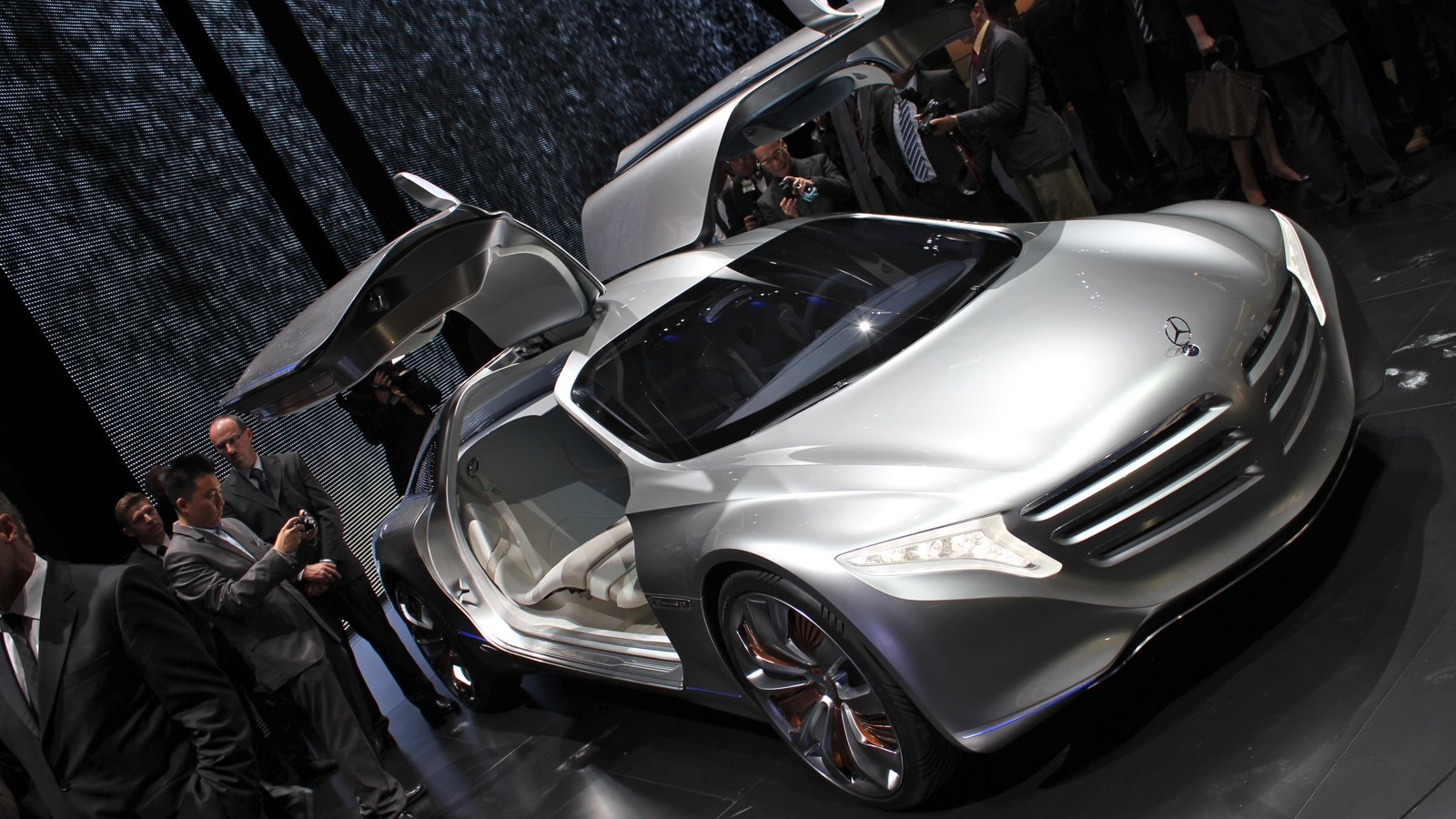 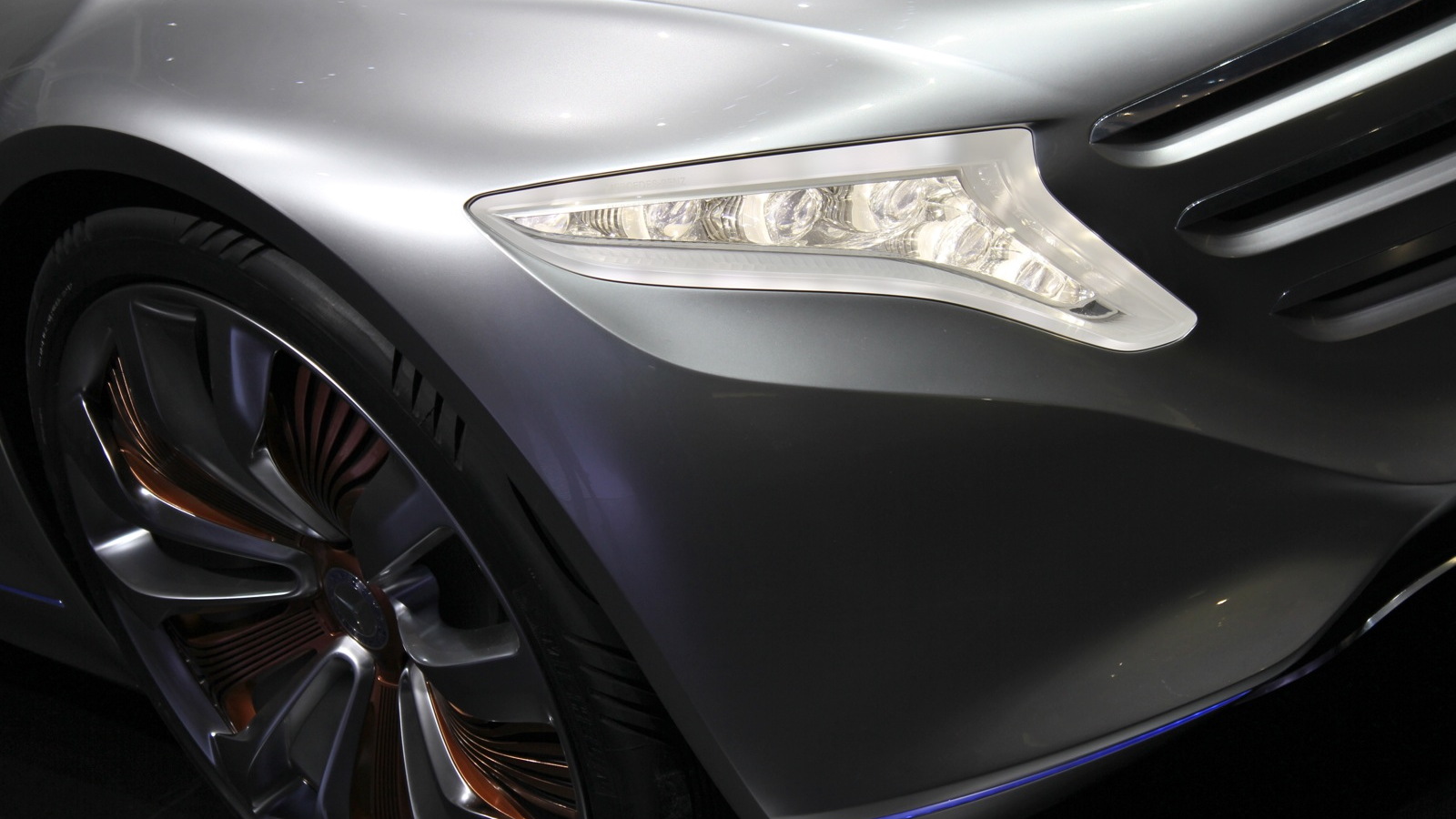 It’s hard to say what the automotive landscape will look like in 25 years, but this much is certain: Mercedes-Benz will still be building luxury sedans for those lucky enough to afford them. It’s also a safe bet that gasoline may not be the fuel of choice in the future, since alternatives like hydrogen offer significant economic and environmental benefits.

It’s with those things in mind that Mercedes-Benz is showing the F125 research vehicle at the Frankfurt Auto Show. Designed to represent what the luxury car of the future may look like, the F125 is an F-Cell plug-in hybrid that uses both lithium-sulfur batteries and a hydrogen fuel cell to create electricity for the F125’s four electric motors.

Combined, the motors produce 231 horsepower and deliver sure-footed all-wheel-drive traction that Mercedes-Benz is calling e4Matic. Thanks to the use of lightweight fiber-reinforced plastic, carbon fiber, aluminum and high-strength steel, weight is kept to a minimum, which helps with both performance and range. Mercedes-Benz says the F125 can travel up to 31 miles on battery power alone, before switching to power from the F-Cell fuel cell. Thanks to the F125’s integrated hydrogen storage tanks, the F125 can travel another 590 miles on hydrogen power before refueling is necessary.

Inside, the F125 pushes the boundaries of available technology. The driver / automobile interface is based on touch, speech and even hand gestures, making things like knobs, switches and door handles obsolete. The car’s gullwing doors (an homage to the original 300SL Gullwing) can be opened with the swipe of a hand, and Mercedes’ Advanced Driver Assist even allows semi-autonomous operation to reduce driver stress.

If you’re wondering why Mercedes chose the F125 name for the concept, it, too, is a nod to Mercedes-Benz’s past. It’s been 125 years since Carl Benz received a German patent for a “vehicle with gas-engine drive,” and the F125 has about as much in common with cars of today as does Benz’s original design.

While it’s not yet clear if the F125 Concept will ever see production, Mercedes-Benz has plans to produce a hydrogen fuel cell vehicle by 2015, and has recently formed a joint venture to build the fuel cell powertrains.