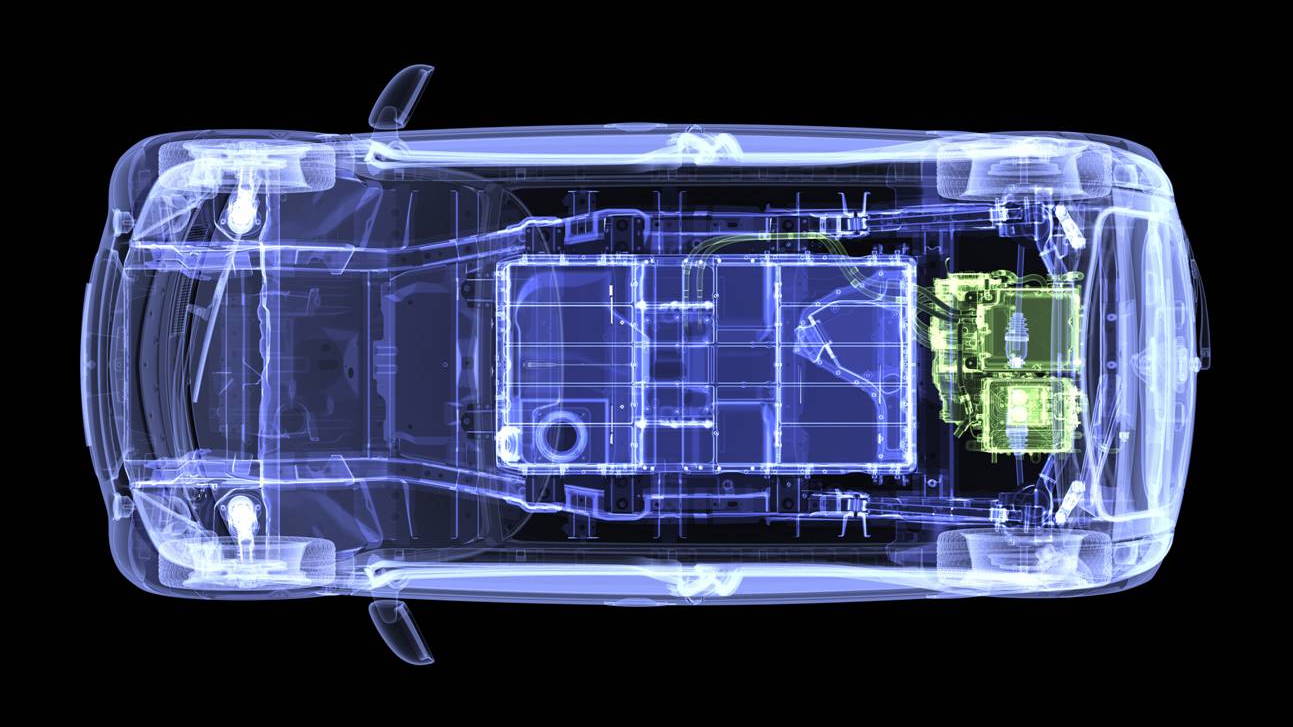 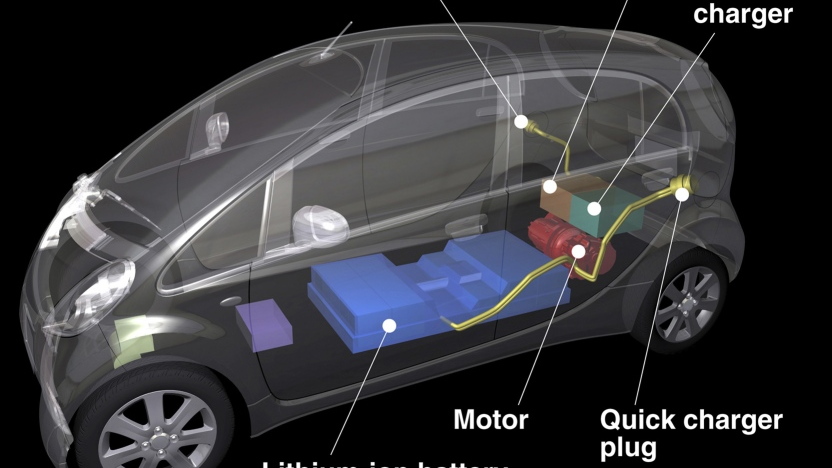 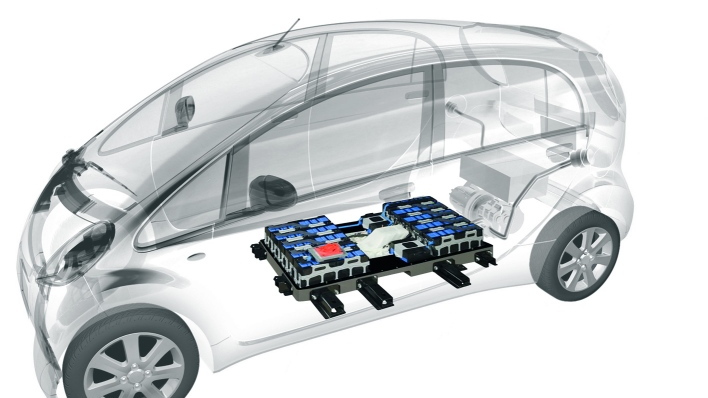 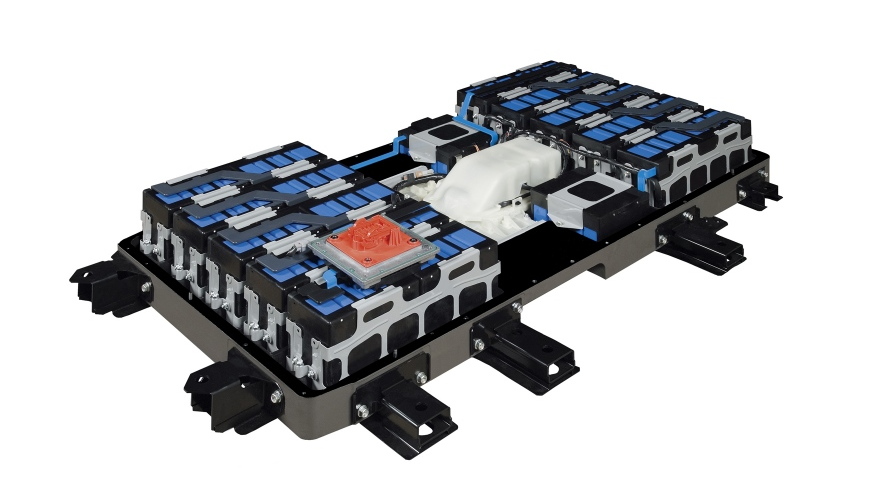 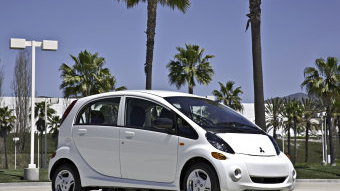 Here's a view of a car you've probably not seen before, though it may be familiar to you if you've ever been in the hospital.

You can't fail to notice the i's major electrical components. The big blue rectangle sitting in the center of the vehicle between the chassis rails is the Lithium-ion battery pack. It's mounted low in the car beneath the passenger compartment, which not only saves space but makes the center of gravity lower for improved handling over the gasoline version available in some markets.

It weighs just over 440 pounds including frame fixings and contains 88 lithium-ion cells in 22 modules. Mitsubishi claims a 93,600 mile battery range and it's expected to hold 80 percent capacity after ten years.

Behind the battery pack in the x-ray image is the electric motor, and this can be seen sitting below two square-shaped objects. The smaller of these is the charger module, the larger and more simple-looking is the inverter. A spaghetti of reinforced cables links these to the motor, and a further two are connected to the battery. Not clearly visible in the image, a connection point each side of the car feeds into the charger - one for regular charging and the other for quick charging.

The electric motor in this European-specification i provides 133 pounds feet of torque and 63 horsepower, enough for 87 miles per hour and 0-62mph in 13 seconds. The U.S-specification Mitsubishi i has been given a 112 MPGe rating by the EPA, but an official range of only 62 miles.

Emerging either side of the motor are the driveshafts leading to the rear wheels, and you can clearly see the suspension components too. There's less going on at the front of the car, though the large oval is the car's windscreen, and the wiper is visible near the front of the car. The image is even detailed enough for you to make out the tire treads.

We're quite taken with the image, and we'd certainly like to see x-ray views of other electric cars too - perhaps companies like Nissan and Tesla will oblige?...

For more on the 2012 Mitsubishi i, check out our Ultimate Reference Guide.