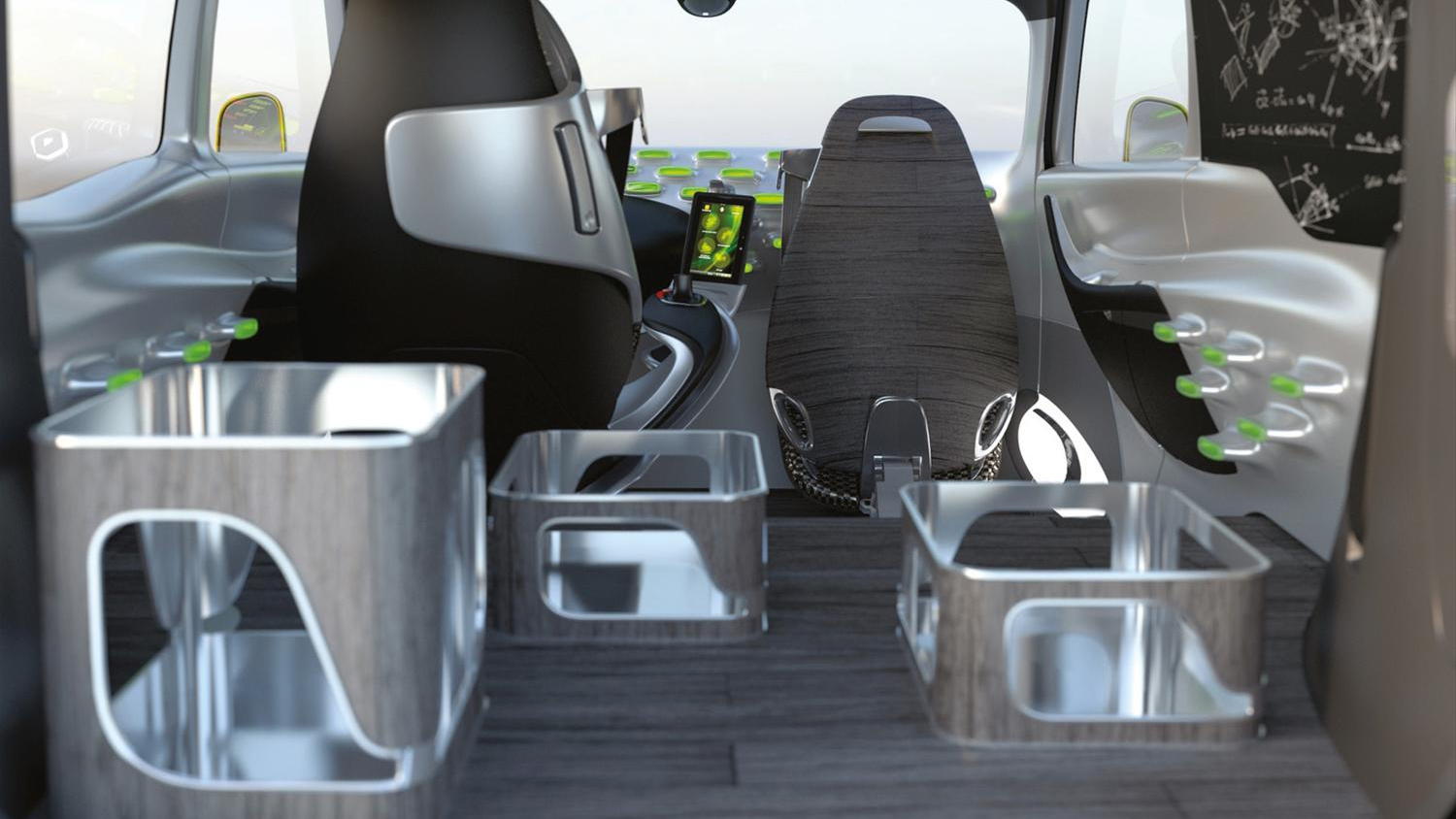 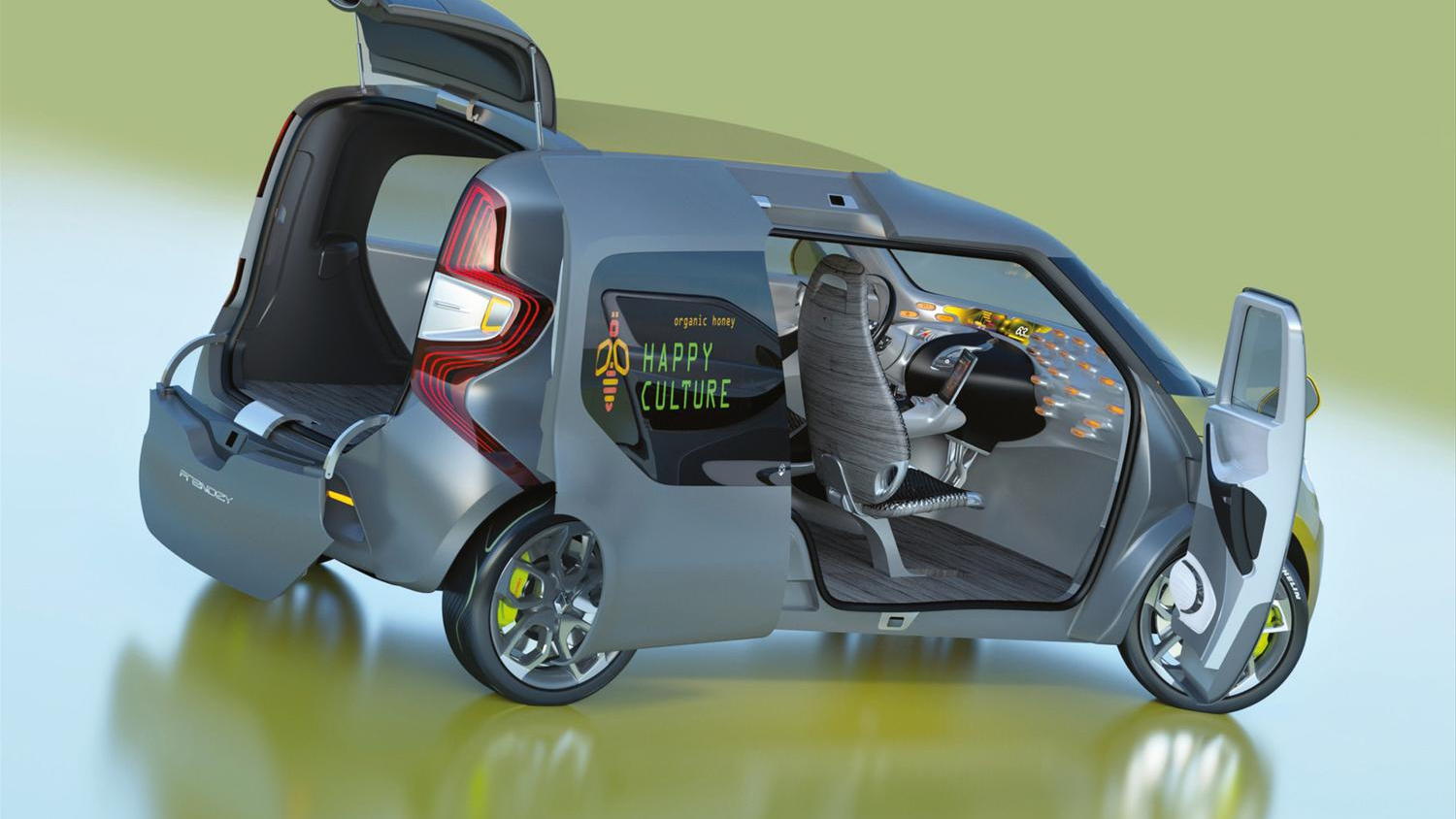 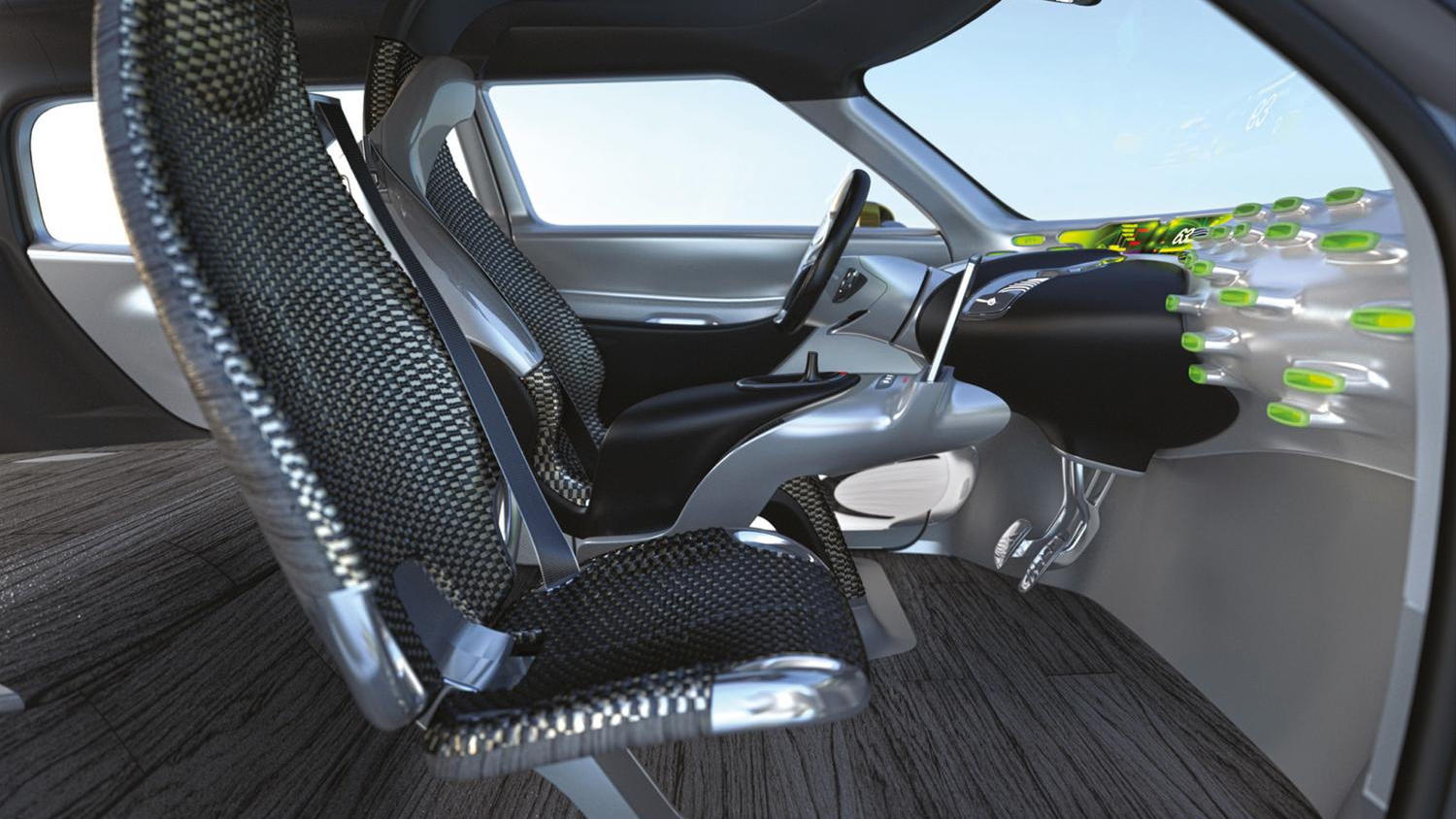 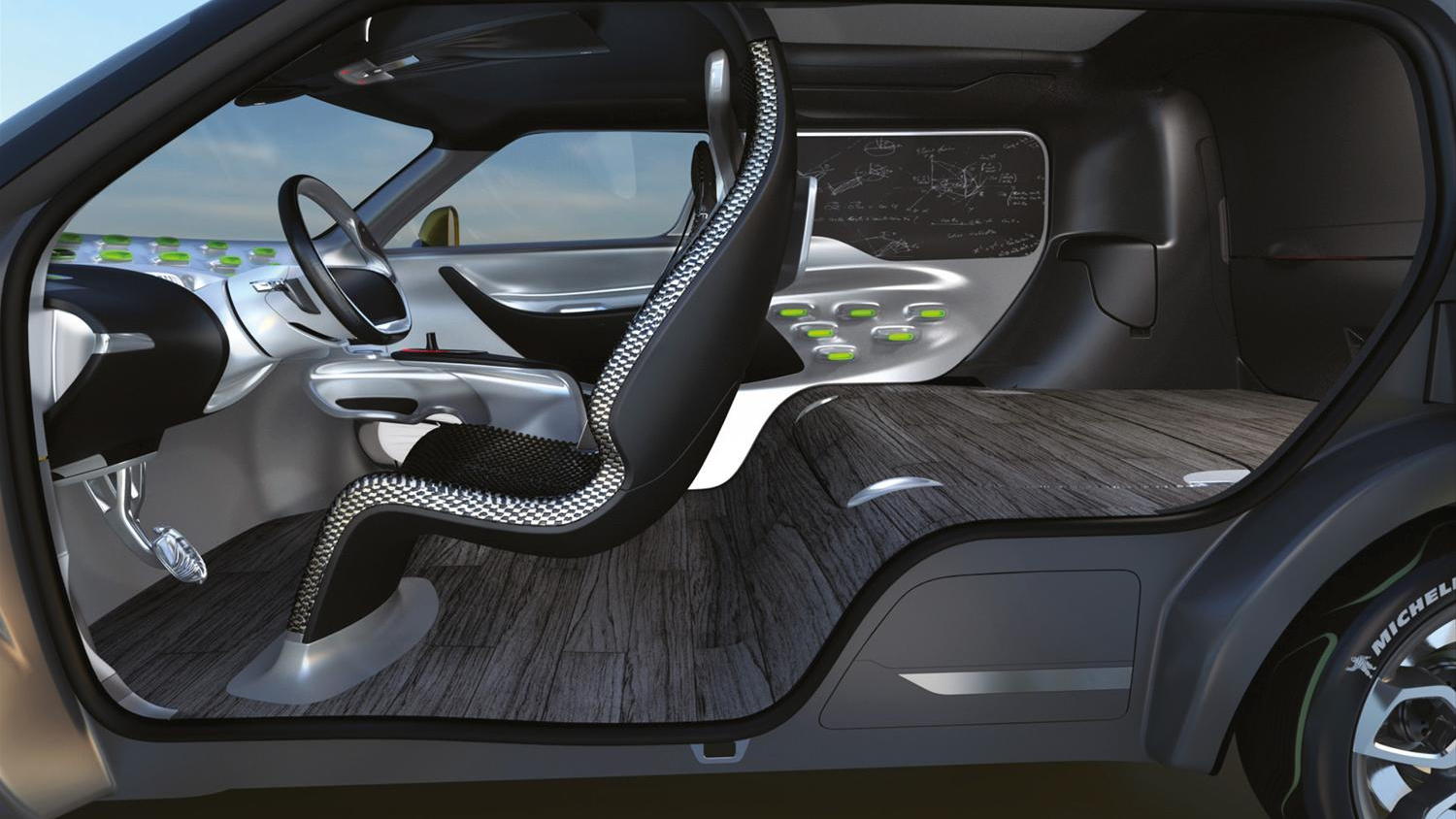 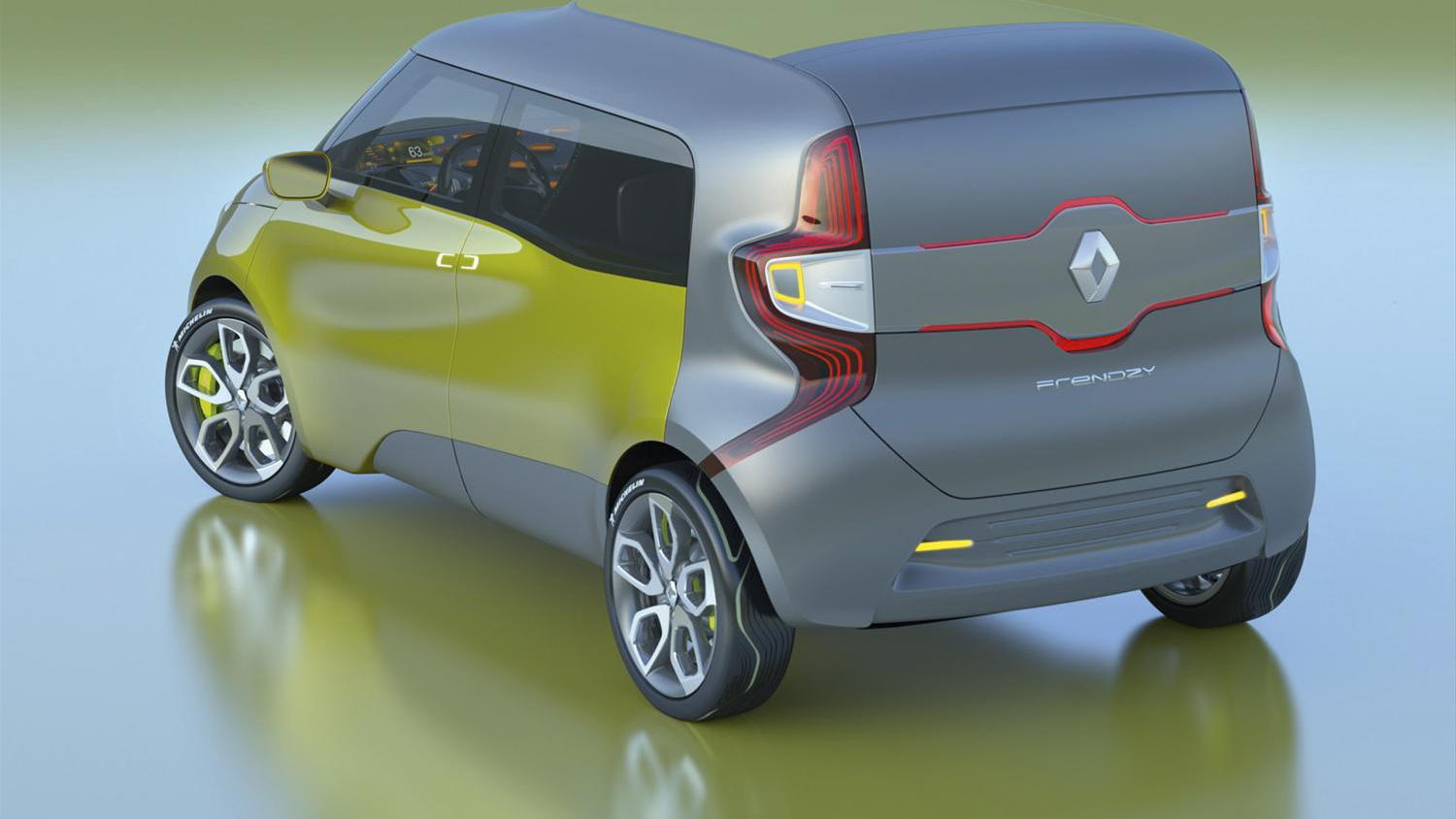 Renault has just unveiled its latest electric car creation ahead of the 2011 Frankfurt Motor Show.

Called the Frendzy, and looking a little like the Kia Soul, the concept is a just under 14 feet in length and features a whole host of technology worthy of any concept car, including the ability to fully integrate with BlackBerry’s latest tablet, the PlayBook.

But unlike alliance partner Nissan and its more recent concept electric cars, the Frendzy just doesn’t look like a car we can imagine on the roads any time soon.

Based on the same drivetrain as Renault’s more down-to-earth Kangoo Z.E. minivan, the Frendzy has a top speed of just 80 miles per hour and an as-yet undisclosed range.

For reasons we can’t quite fathom out, Renault is marketing the Frendzy as a dual purpose vehicle, suitable for use as both a family car and a business vehicle.

Renault’s own press release says it all in a typically enthusiastic way.

“On weekdays, FRENDZY is a vehicle that adapts to the requirements of the business user, with a large external screen that can display useful messages or information (such as “making deliveries” or “back in five minutes”, the battery-charging method, or the remaining charge) or advertising messages, either while parked or on the move. Come the weekend, the vehicle transforms itself into a family vehicle, with a comfortable passenger seat and, in the rear, a big bench seat.”.

Err, if you say so, Renault.

The split personality continues much deeper, even changing aspects of the car and its appearance when its use changes.

Switching the vehicle between its work and play modes changes the orientation of the exterior mirrors, the car’s internal lighting and even its pedestrian warning system.

Yes, the Frendzy has not one, but two completely different identities.

Given these novel and frankly bizzare features, the computer-generated promotional video and images, and the fact that Renault already has its hands full bringing four other electric cars to market we think the Frendzy is definitely a car we're unlikely to see on the roads of Europe any time soon.

But let us not forget that in the world of tough financial constraints, automakers are no-longer producing impossible and fantastical concept cars which don't have any footing in reality.

Could the Frendzy be a sign of technology to come from the Renault-Nissan alliance? Maybe it could.