Earlier this week Motor Authority reported that bosses at German automaker Mercedes-Benz were unwilling to confirm or deny the rumors that it was considering an all-electric version of its luxury S-Class sedan.

The automaker has confirmed that a facelifted 2013 S-Class will hit the streets late in 2012, offering a range of power-plants based on its new direct injected and turbocharged engines as well as hybrid and plug-in hybrid models.

But here are five reasons why we think Mercedes-Benz should take the leap of faith and offer an electric-only option of its iconic sedan.

Mercedes-Benz is an established brand

Janis Joplin’s song ‘Mercedes Benz’ said it all: Mercedes-Benz have been the epitome of style, refinement and desirability for over a century. 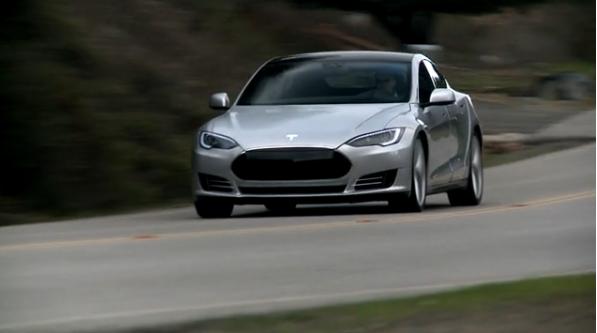 And unlike Californian electric automaker Tesla Motors, Benz already has an established customer base going back decades. Customers with ample budgets who won’t buy another brand but do want the latest refinements and technology as long as it comes with leather seats.

While Tesla may not have the customer base of Mercedes-Benz it has proven that the best way to introduce technology is from the top down.

In other words, make and sell the expensive two-seat high-end sportscar before trying to build a family hatch.

There’s some undeniable logic about top-down technology development. Someone spending $87,000 or more on a luxury car is more willing to spend an additional $10,000 for an all-electric drivetrain, especially if it gives them a 200+ mile range than a young couple living in New York who want to drive a Smart ForTwo.

Ask most Mercedes-Benz owners what they like about their car and they’ll cite luxury, refinement and beautiful design. And while we’re sure a large number of Benz fans love the throaty warble of a throbbing V8 under the hood of the S-Class AMG the instant torque, smooth power delivery and quiet operation offered by an all-electric drivetrain seems to be the perfect match for the luxurious S-Class.

Healthy competition is a good thing

No-one likes a market monopoly and at the moment, the electric car world is a little like one.

While there isn’t just one car to chose from all of the cars on the market today differ significantly enough to not be in true competition with one another.  But an all-electric Mercedes-Benz S-Class would certainly liven up the market, competing with Tesla’s 2012 Model S - even if both firms have worked together on electric drivetrains in the past.

At the moment the Model S may have the upper hand with its 7 seats and battery options available to give up to 300 miles of range per charge.

But a similarly priced Mercedes S-Class could keep both firms fresh, constantly evolving the drivetrain and lowering the price, ultimately leading to the introduction of more all-electric models.

It could improve Mercedes-Benz’s electric reputation 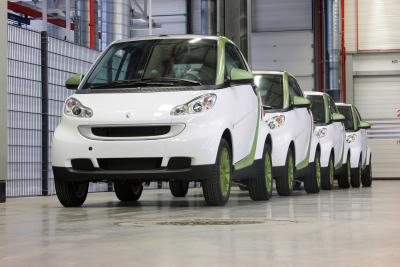 Naturally, we can’t mention electric cars and Mercedes-Benz in one breath without mentioning its sibling company Smart and its attempt at an all electric car: the 2012 Smart ForTwo Electric Drive.

The Smart ForTwo Electric Drive could have given parent company Daimler a great reputation for all-electric vehicles, but limited top speed, poor acceleration and expensive price has not put it at the top of buyer’s lists.

But an all-electric S-Class, complete with specifications nearer to Mercedes-Benz’s SLS AMG E-Cell electric sportscar prototype could do Mercedes-Benz a great deal of good in the ongoing war to become the supreme electric automaker.