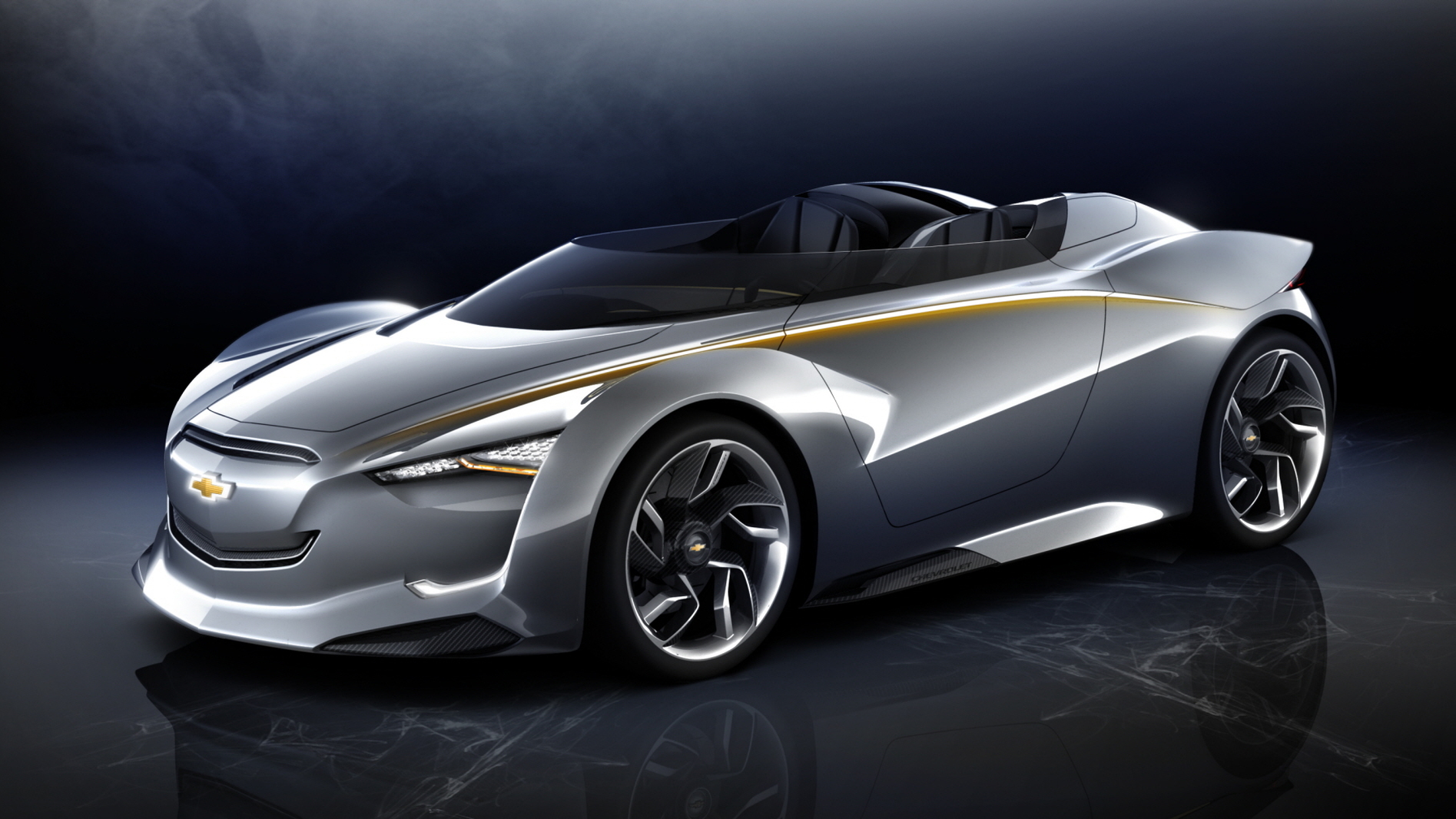 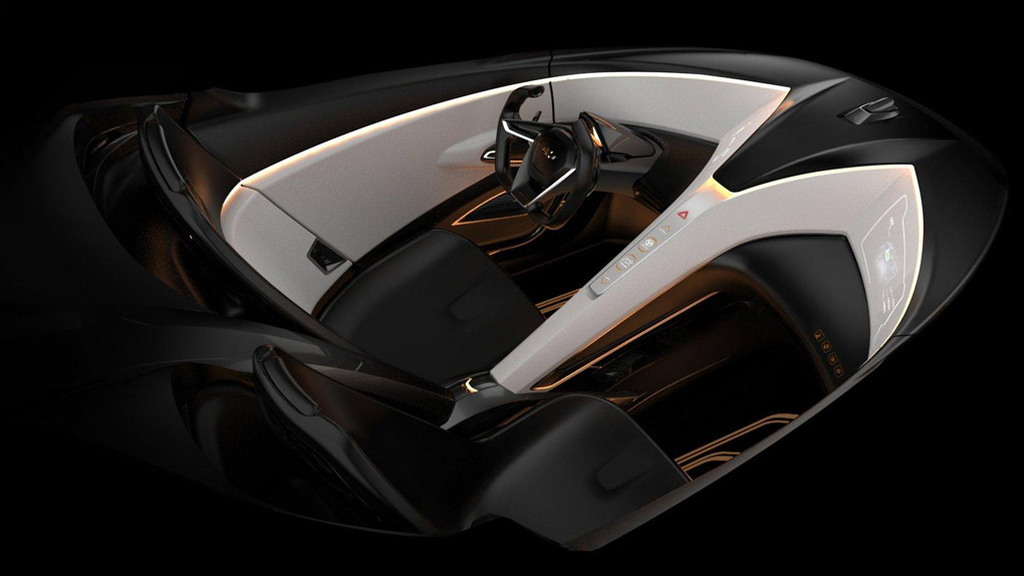 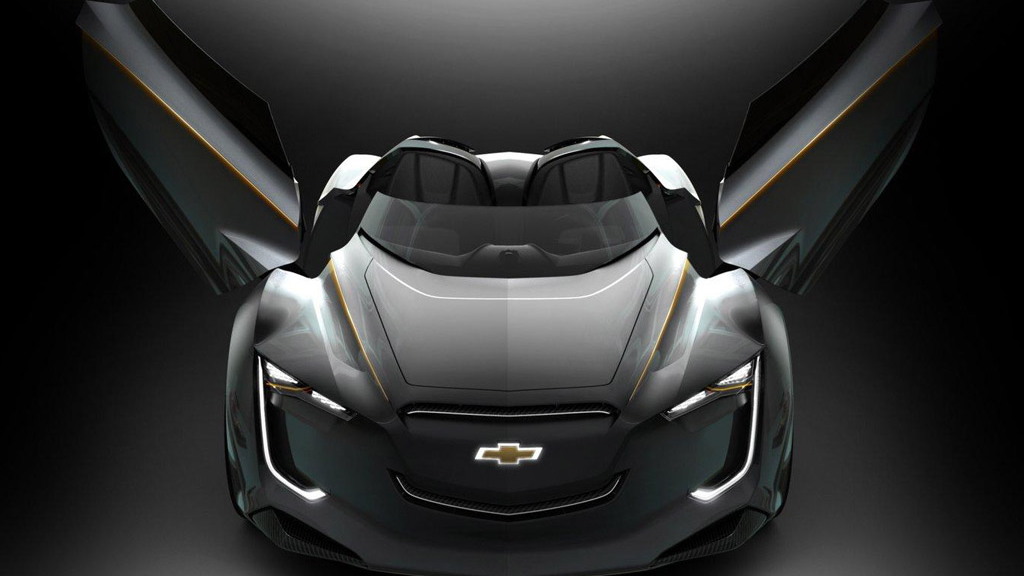 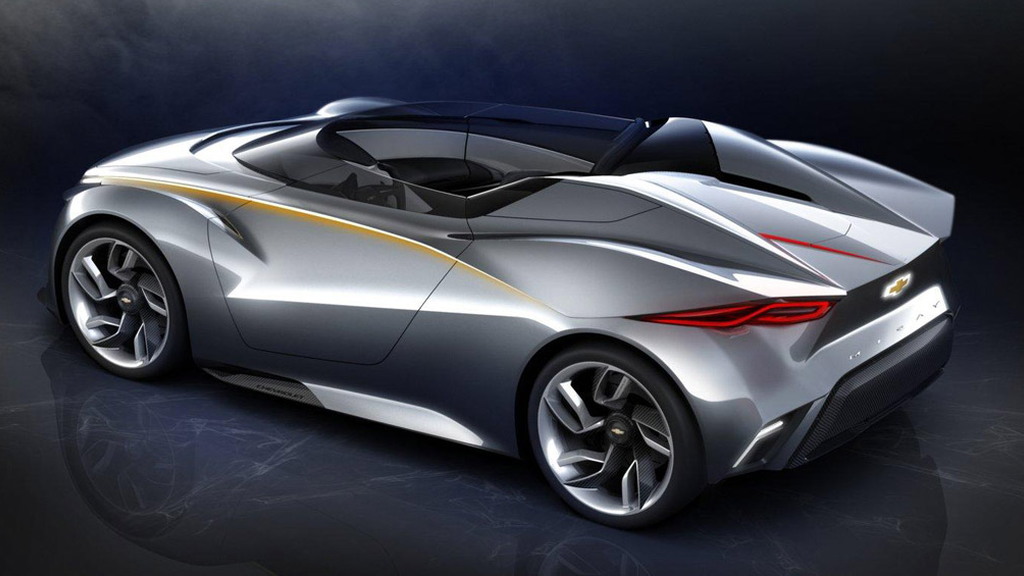 Big plans are afoot for Chevrolet, which GM plans to take global to face off against Ford.

With spring auto-show season upon us, Chevy is showing not only its 2013 Malibu LTZ Concept but also, halfway around the world, its idea of a "muscle car of the future."

But hold onto your small-blocks, guys, 'cause this one is electrically powered.

Unveiled today at the media day for the Seoul Motor Show, the Chevrolet MiRay is the first concept car designed by GM's South Korean arm."Miray" means "future" in Korean, and this is their interpretation of a future performance car for a plug-in world.

Two 15-kilowatt (20-horsepower) motors power the MiRay through the front axle in urban and low-speed driving. For higher speeds or when the 1.6-kilowatt-hour battery is depleted, a turbocharged 1.5-liter four-cylinder engine kicks in to drive the rear wheels through a dual-clutch gearbox, making this a "through-the-road" hybrid.

The body uses an aluminum chassis with carbon-fibre bodywork. And it's got to be the first GM concept in decades whose press material cites not only the 1963 Monza SS concept as an inspiration, but also the ill-fated Corvair, in this case the 1962 Super Spyder.

Styling elements include a new interpretation of the Chevy dual-port grille, scissor doors, LED headlamps, and what the designers call Corvette front and rear fenders. Jet aircraft are also cited as inspirations. Aluminum wheels are 21 inches in diameter at the rear, 20 inches in front.

The dual-cockpit interior includes a start button on the center console. When it's pressed, an Interactive Projection Meter Cluster appears in front of the driver, with limited information--driving distance, navigation maps, and battery charge/fuel amounts--presented while the driver is operating the car.