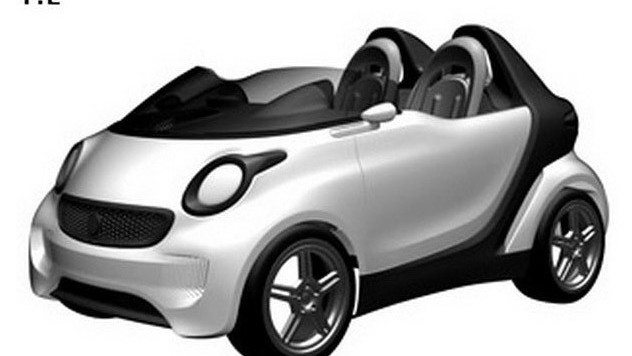 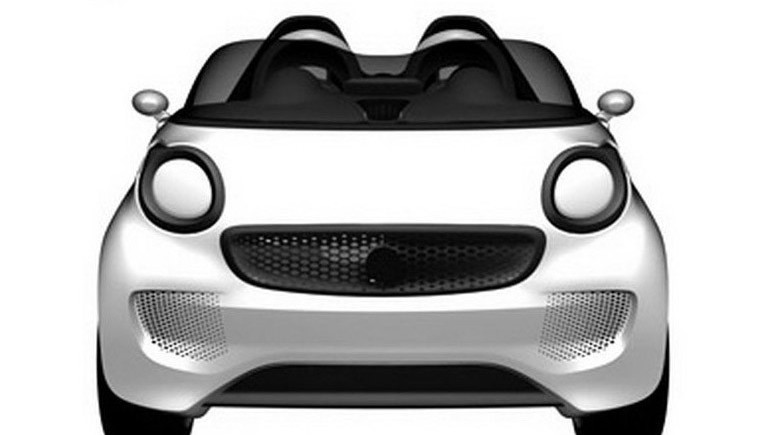 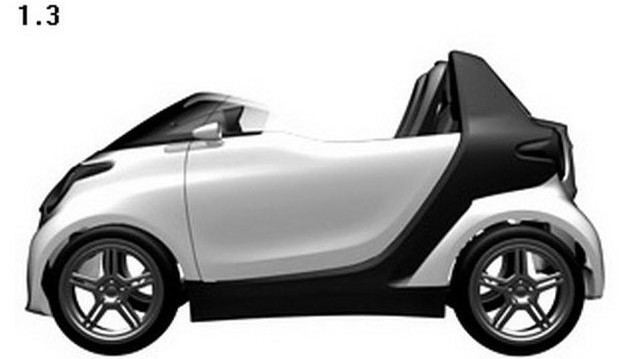 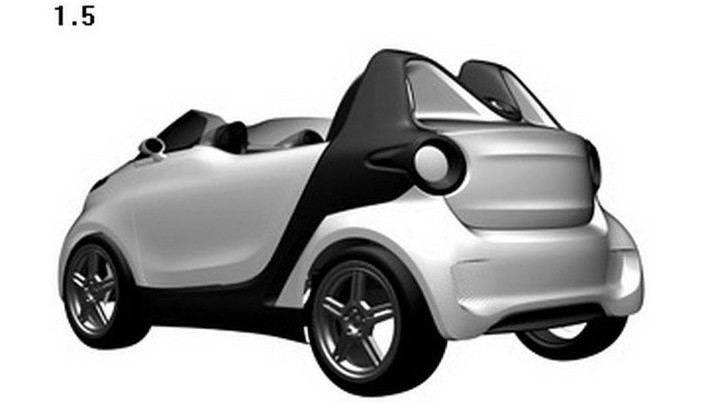 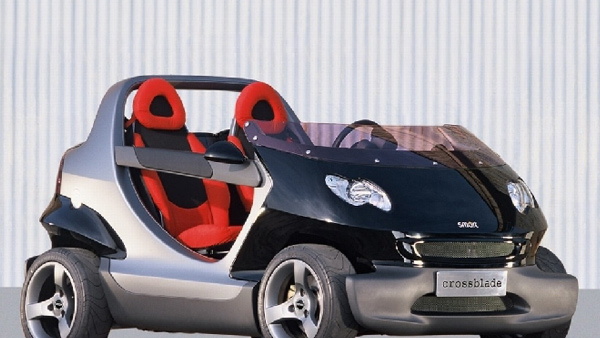 Smart's current range, just like its sole product, the ForTwo, is short and sweet. The lineup consists of the Pure and Passion specifications, and convertible versions of each. A Ford Fiesta rival is expected in the fall, based on the new Nissan March/Micra subcompact. And although it's not currently on sale, you can get your electric fix with the ForTwo Electric Drive.

It hasn't always been that way, though. In the past, Smart have produced another five-door hatchback known as the ForFour, a lightweight Roadster and Roadster-Coupe, and the crazy Crossblade, which did without proper doors, a heater, a windscreen... well, it did without most things, actually.

It's this model from which the upcoming ForTwo roadster concept appears to draw its inspiration, with a modern Smart twist in the form of the Electric Drive's powertrain.

The Roadster concept, seen here in European Patent Office renderings, cuts a significantly sleeker dash than the regular ForTwo and could preview the look of the next ForTwo, which is expected to be developed in conjunction with Renault.

According to U.K. magazine Autocar, the electric drivetrain is taken from the Smart Electric Drive that we drove last year. This would provide quiet and spirited progress, a scenario not familiar to drivers of the regular gasoline ForTwo. In common with 2002's Crossblade, lack of protection from the elements means the concept is unlikely to be much of a long-distance car. As such, the relatively low range of an electric drivetrain makes even more sense in this application.

Autocar predicts that the ForTwo Roadster concept will make an appearance at the Geneva Motor Show in early March.