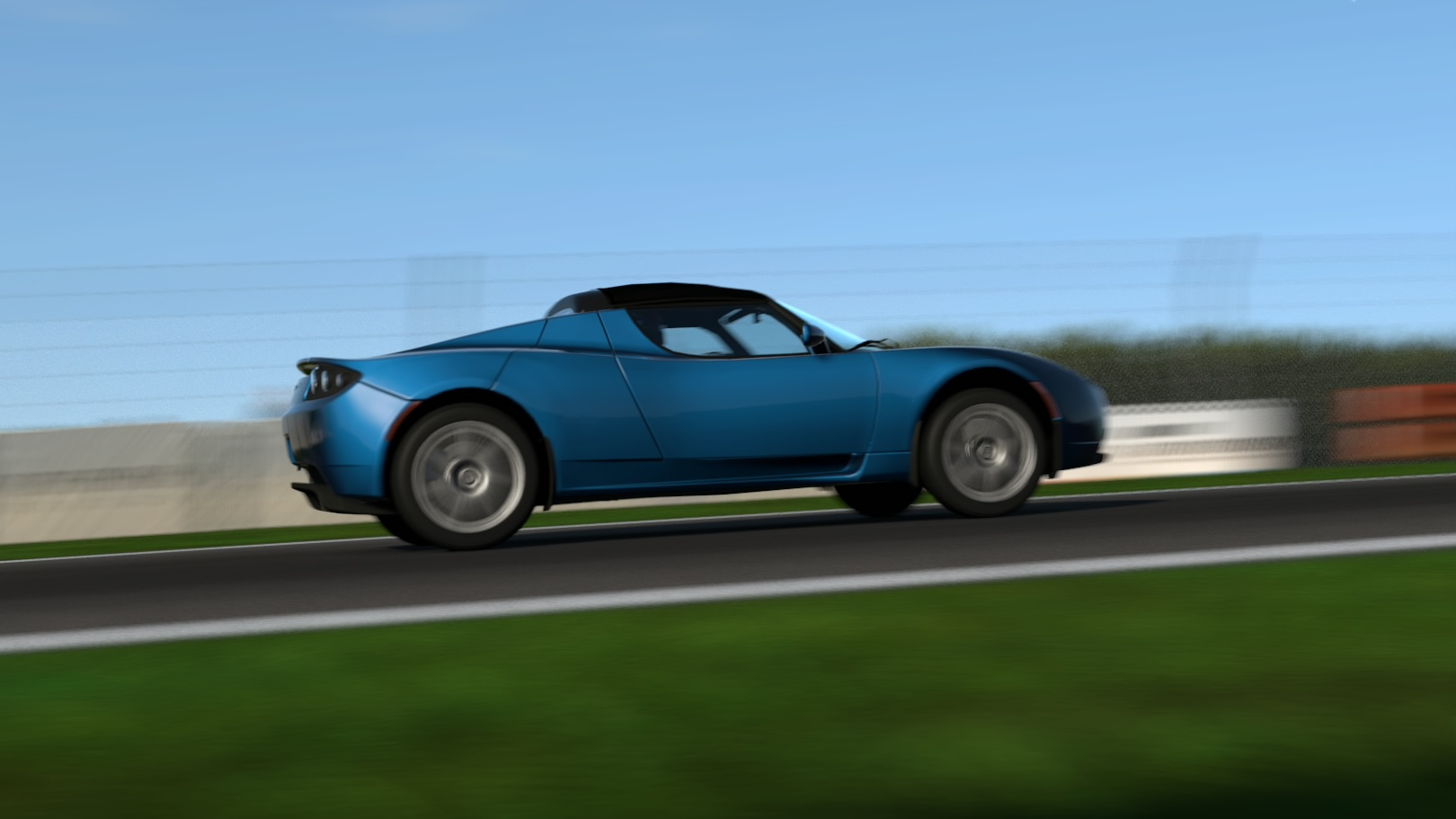 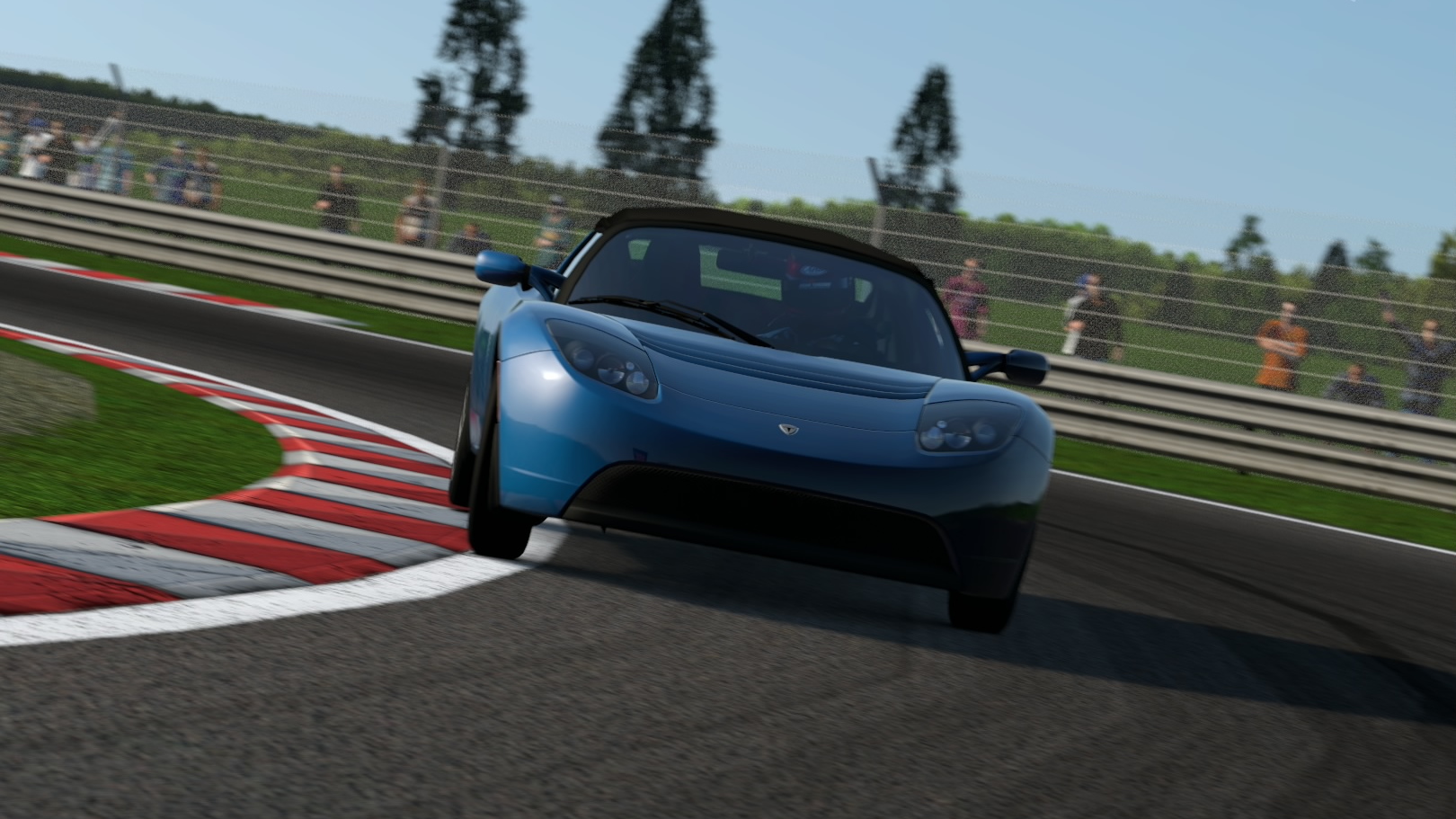 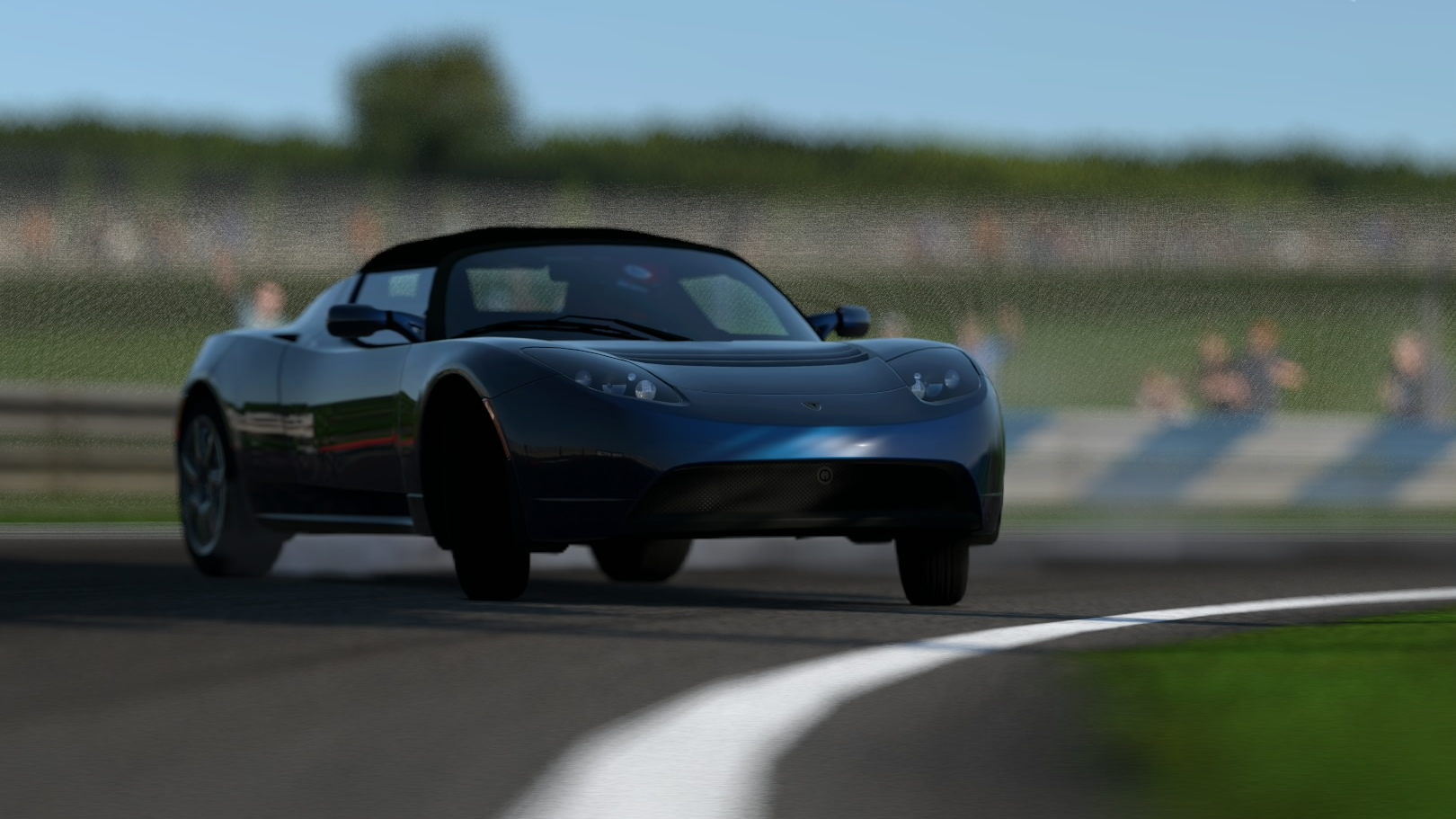 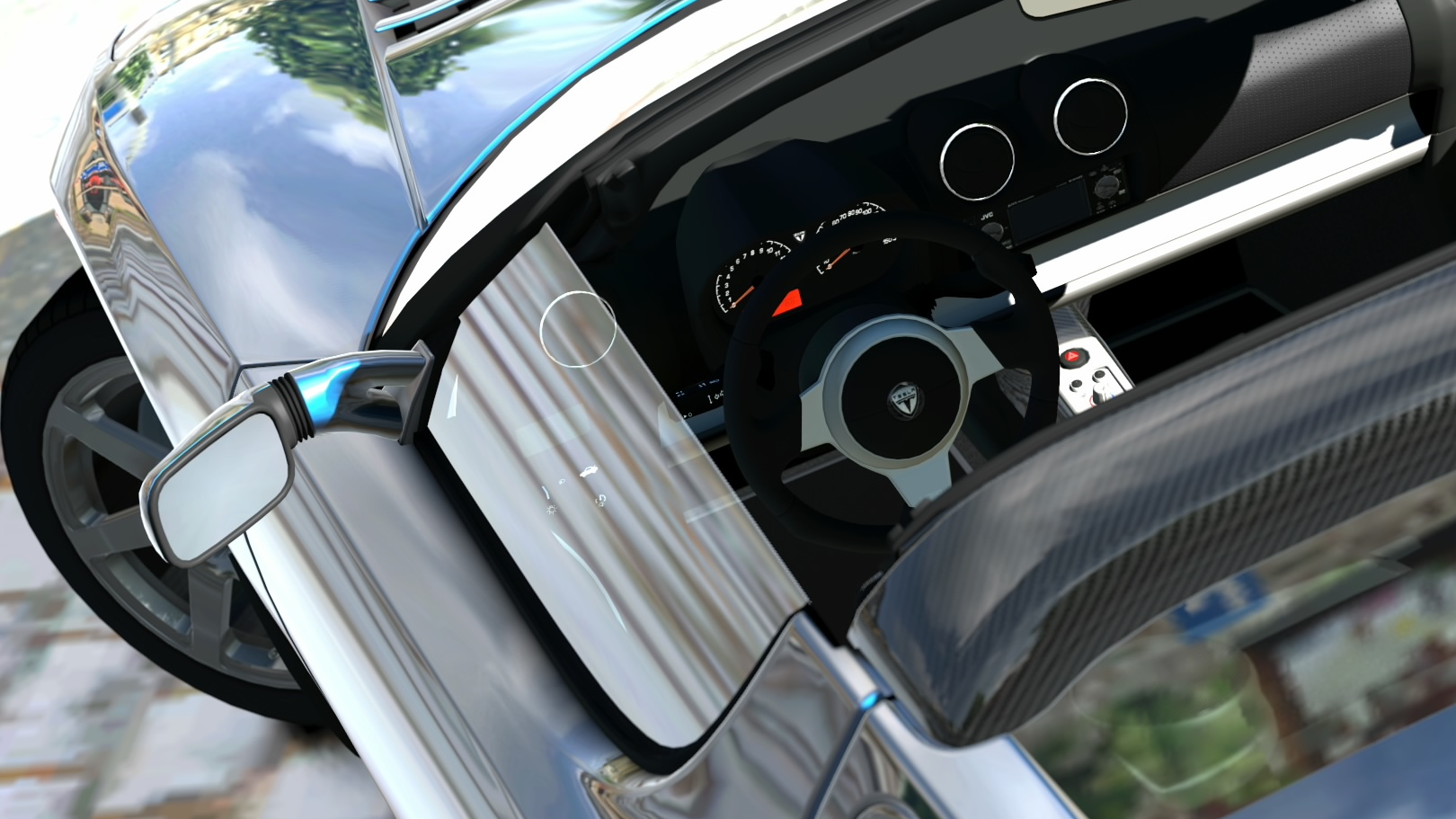 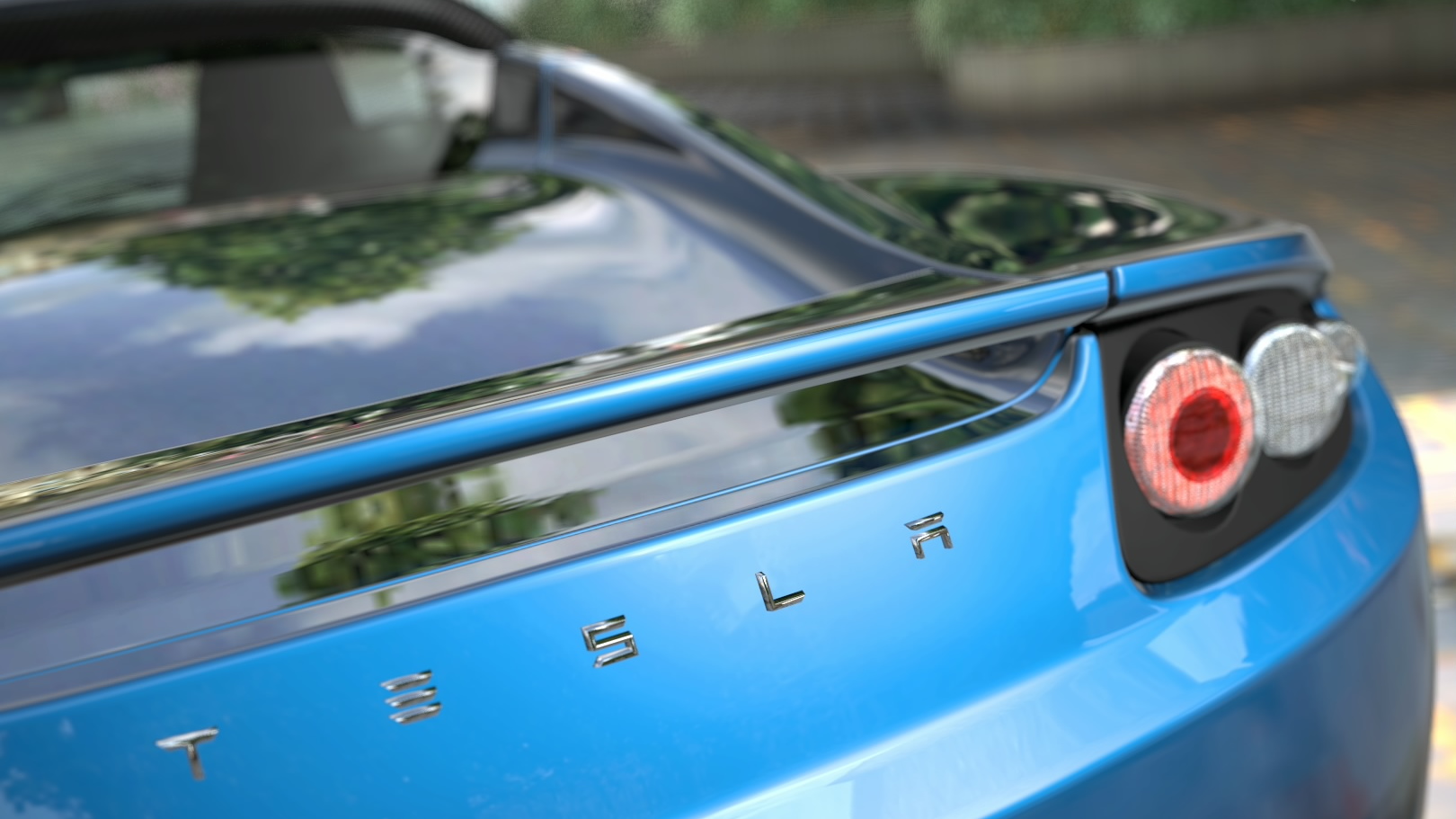 Depending on your demographic, the new PlayStation 3 Gran Turismo 5 (GT5) video game is either your single most essential purchase this year, or a completely baffling piece of technology that you'll probably never buy.

Ironically, the same could be said for the current wave of electric cars we've covered in detail here on AllCarsElectric. Some people will be emptying their piggy-banks to the last cent to afford a 2011 Nissan Leaf, or if they're very lucky, a 2011 Tesla Roadster 2.5, but many petrolheads wouldn't swop in their gasoline-fuelled vehicle until the last drop of oil had been consumed.

Gamers familiar with the previous versions of the game on older consoles will remember cars like the first and second generation Toyota Prius and the first generation Honda Insight making appearances, giving gamers their first taste of green motoring, and a taste for many who weren't anywhere near driving age, too.

The new game adds greenies such as the new Honda Insight, Honda CR-Z, the latest generation Toyota Prius and most excitingly (and most relevant here), the Tesla Motors Roadster, giving players a pure EV to drive around their virtual circuits.

With a huge variety of cars available in the game, with manufacturers such as Ferrari and Lamborghini making an appearance and over a thousand cars to choose from in total, why have the game's makers, the Japanese developer Polyphony Digital, chosen to include hybrids and electric cars? Will players even be interested in driving hybrids and EVs?

It raises an interesting question. Much of GT5's customer base will be fairly young, generally below 35 years old and often much younger. This author played his first Gran Turismo game ten years ago, aged 15. Back then, you wouldn't have caught me driving a Prius in EV mode, that's for sure. It wasn't fun, it wasn't cool - so what was the point?

Many will still have the same attitude. Honda's CR-Z is one of the sportiest hybrids available and it comes under constant criticizm from more sporting-orientated automotive publications. Many of these publications have a strong influence over younger generations (think Top Gear and its vast following), so hybrids are often doomed from the start.

Tesla have been doing their best to change the image of green motoring. Their Roadster has stunning performance, looks fantastic and has a range that eclipses any other pure EV on sale today. Not everyone can afford a $100,000 electric car though, so paying $50 for a videogame and 100,000 in-game credits seems like a cheap way of getting some of the thrills.

Equipped with a force-feedback wheel and pedal game controller, you can certainly have a lot of fun with the virtual Roadster. You get a good sense of pointing the car around corners and the game replicates the increasingly high-pitched whirr of the motor with impressive accuracy, and wind noise roars as your speed increases. You even get a small dial on the screen to show you whether you're using battery power or recharging through regenerative braking.

Obviously, you don't get much of a sensation of speed, nor any gravitational forces to throw you around your sofa, so it can never replicate the fun of the real thing. You do get the styling of the real thing though - as one of the 200-odd "Premium" cars in the game, the vehicle is beautifully rendered (as you can see in the pictures accompanying this story) and a fully functioning interior view, too.

EVs can be fun!

Importantly, the car's appearance still proves a point - that an electric car can be fun. And fun is a major, major aspect of getting younger people into EVs and hybrids. Brought up on a diet of sports cars and supercars, cars using electric motors need to offer something beyond just their green credentials to appeal to the motorists of the future.

The real vehicles can do this up to a point - both the CR-Z and the Tesla can offer great fun for real drivers - but when you're still getting pocket money you can neither drive them for real nor afford them, and incorporating them in a game allows a potentially massive customer base to come around to EVs before they ever get behind the wheel of a real car.

Now if I could only get my hands on a real Tesla...