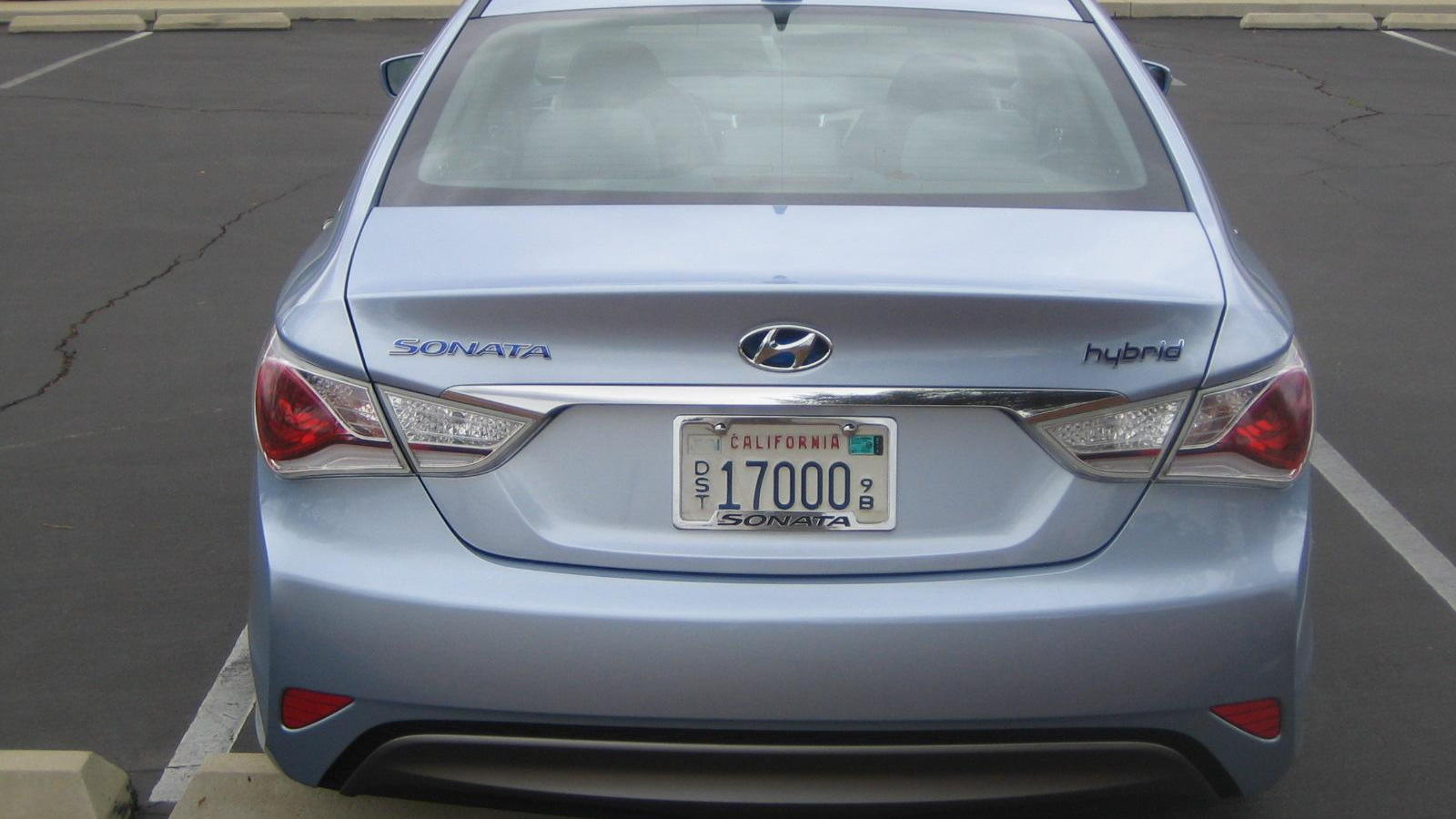 For its first-ever hybrid-electric vehicle, Hyundai has blazed a new path.

Not only does the 2011 Sonata Hybrid carry gas-mileage ratings better than its competition, but it neatly splits the difference between the indistinguishable-from-standard styling of the Toyota Camry and Ford Fusion hybrids and a dedicated body style a la Toyota Prius.

The 2011 Hyundai Sonata Hybrid uses the standard Sonata sheet metal from the doors back, with its distinctive swoopy shape, but new headlights, grille, front fascia, and bumper give the front aspect an entirely new identity.

This will allow Sonata Hybrid buyers to identify their cars as distinctively different, while presumably avoiding much Prius backlash.

And the projected fuel economy ratings--37 mpg city, 39 mpg highway--would put the Sonata Hybrid ahead of its competitors, the 2011 Toyota Camry Hybrid and the well-received 2011 Ford Fusion Hybrid, both hybrid adaptations of gasoline-powered midsize sedans.

While the Fusion Hybrid is rated at 41 mpg city, its highway number is lower, and Hyundai notes that U.S. drivers spend more than half of their time at highway speeds, not in the congested urban traffic where the Fusion Hybrid would do best.

Hyundai has tuned its hybrid system to provide all-electric running at those freeway speeds--we observed a brief period at 71 mph when the engine switched off and the electric motor alone propelled the car--to maximize the blended fuel economy.

In our day-long drive of an early prototype (so early, in fact, that it had no VIN number displayed in the windshield), we observed a little juddering as the system transitioned between modes. That's the kind of software adjustment that will likely be rectified before production versions of the Sonata Hybrid go on sale next month.

All Sonata Hybrids will be built at Hyundai's core assembly facility in South Korea, which is just as well, since the company's U.S. plant is maxed out building gasoline-engined Sonatas.

The newly redesigned car has broken every sales record this year for the model, and the Hybrid version just adds to the breadth of this undeniably popular midsize sedan.

The 2011 Hyundai Sonata Hybrid, to our eyes, looks better than either the Camry or Fusion hybrids, and Hyundai seems increasingly confident that it can sell 10,000 or more hybrid Sonatas a year.

With the Kia Optima Hybrid--closely related under the very different sheetmetal--being introduced at next week's 2010 Los Angeles Auto Show, the Sonata Hybrid shows that Hyundai is determined to compete in the advanced technology arena with the world's biggest automakers.

We look forward to bringing you a full multi-day road test of this important new hybrid sedan. Meanwhile, it clearly deserves a place as one of our five GreenCarReports 2011 Best Car to Buy nominees.