We all know that  battery packs are the weakest link in electric vehicles. Not only are they heavy and expensive, but they take a long time to recharge and on average can only provide around 100 miles per charge.

A German-based company has changed all that with a new vehicle capable of driving up to 375 miles at moderate highway speeds.

That’s roughly the equivalent of driving from Santa Barbara, CA to the Hoover Dam, without a recharge.

It doesn’t end there. The company responsible for the battery pack, DBM Energy, claims a battery pack efficiency of 97 percent and a recharge time of around 6 minutes when charged from a direct current source.

Unlike the small Daihatsu which was heavily modified by a team in Japan earlier this year that achieved a massive 623 miles on a charge at around 27 mph, the Audi A2 modified by DBM Energy was able to achieve its 375 miles range at an average speed of 55 mph.

In contrast to the Japanese Daihatsu which had just one seat to enable more batteries to be squeezed into its diminutive frame, the DBM A2 retained its four original seats.

At the end of the historic drive, DBM’s CEO Mirko Hannemann, who has been driving the car for around seven hours between the German cities of Munich and Berlin even offered to charge up the cellphones of the waiting journalists with the remaining power left in the car.

Funded as part of a joint venture between German utility company Lekker Energie and the German Economy Ministry, the prototype battery offers a glimpse into the future of the electric car. 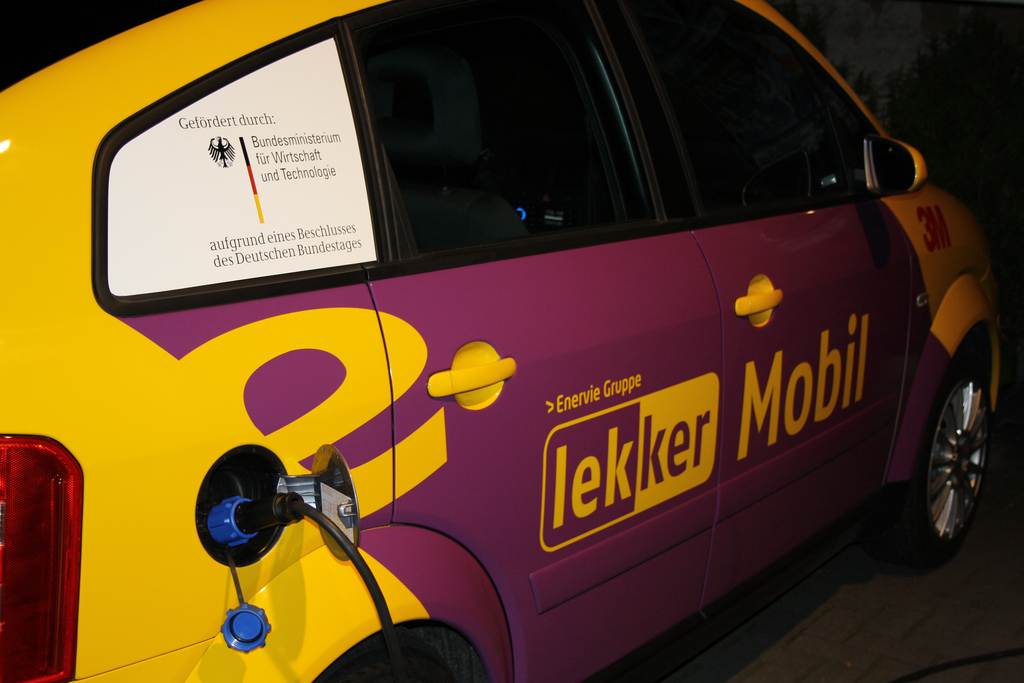 Don’t think for a second that this is a one-off battery pack. DBM’s battery technology, called KOLIBRI AlphaPolymer, is already in use in the unglamorous role of warehouses, where forklift trucks running on the same battery pack are capable of 28 hours of continuous operation before recharging is required.

We’re always a little cautious of battery technologies offering ultra-fast recharge and a magnitude of range improvement on other battery chemistry types, but everything we’ve seen and heard from DBM Energy thus far points to a battery technology we’re all keen to watch.

Could this be the future of electric vehicles? Is it ready?

If the battery technology is truly as revolutionary as this impressive journey hints and the battery packs from DBM are ready for the arduous duties of daily abuse at the hands of electric car drivers worldwide it is conceivable that this could be the answer to range anxiety.

Even more, dare we suggest it, the conventional combustion engined car may have met its match.