For those that live near San Francisco you might have seen a couple of 2010 Toyota Prius vehicles and possibly an Audi TT with an interesting roof top camera attachment. Those familiar with the Google Maps Street View program probably are saying, ‘Silly, that is just a Street View car taking pictures.’ According to a recent report in The New York Times, the cars are actual a part of a Google research project to help prove the viability of self-driving cars. What is even more impressive is that the seven test cars have driven more than 140,000 miles around northern California with only one accident. 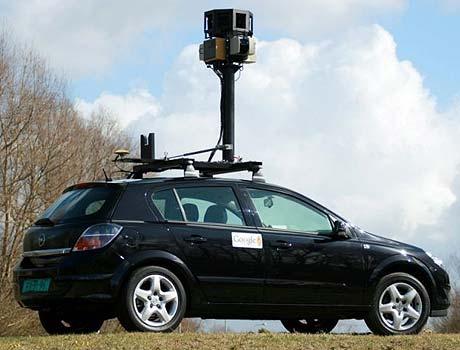 Yes, the robot driven cars were not without incidence, but the irony is that the accident situation was caused when another driver rear-ended the test vehicle at a stoplight. This brings us to the point of the research, especially from Sebastian Thrun, director of the Standford Artificial Intelligence Laboratory, a Google engineer and the co-inventor of the Street View mapping service. Dr. Thurn believes that artificially intelligent robotic cars would allow for fewer accidents, more fuel efficiency and ultimately lighter weight vehicles. The technology could also save lives by preventing accidents associated with texting or talking on the phone while driving. “Can we text twice as much while driving, without the guilt?” Dr. Thrun said recently. “Yes, we can, if only cars will drive themselves.”

The vehicles being tested right now in California are manned by a two-driver team, one that sits behind the wheel in case of any system failures and one that monitors the navigation and other system functions. As technology advances, you can bet we will see more of this type of technology in the future. Some believe robot driven cars will revolutionize the roads the way that the internet revolutionized the speed of communication.

Read more over at The New York Times. Also, check out our partner sites article over at PoliticsandCars.com.