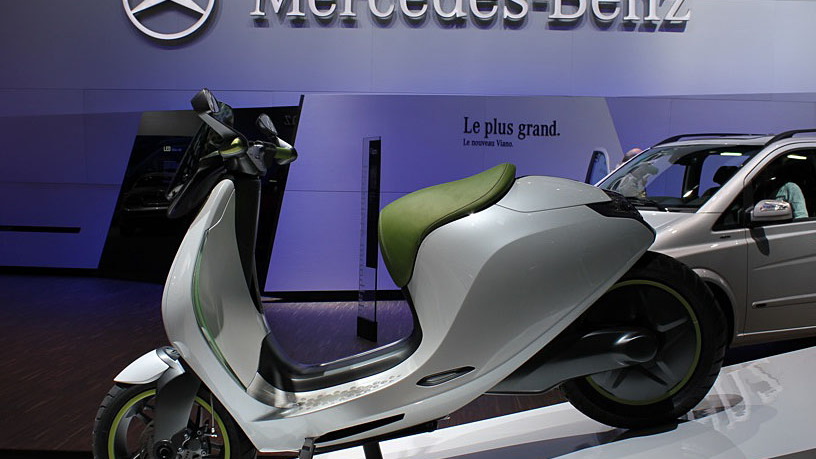 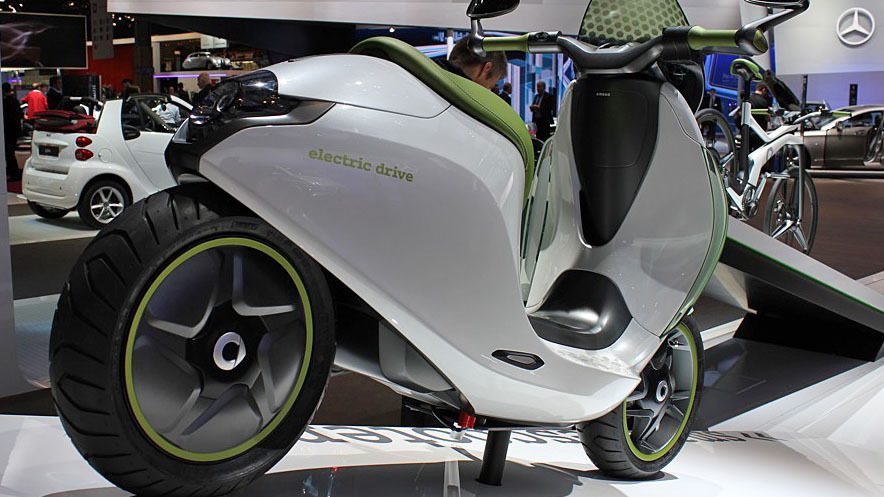 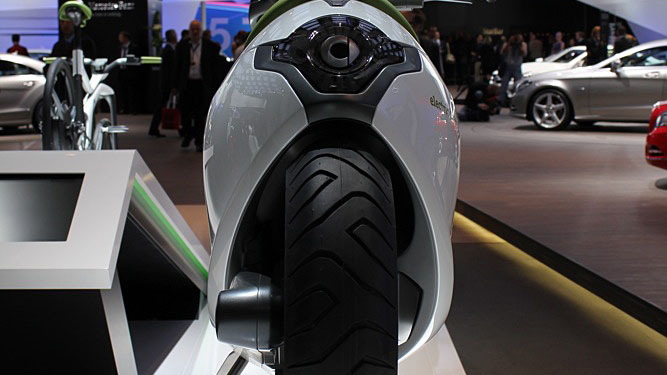 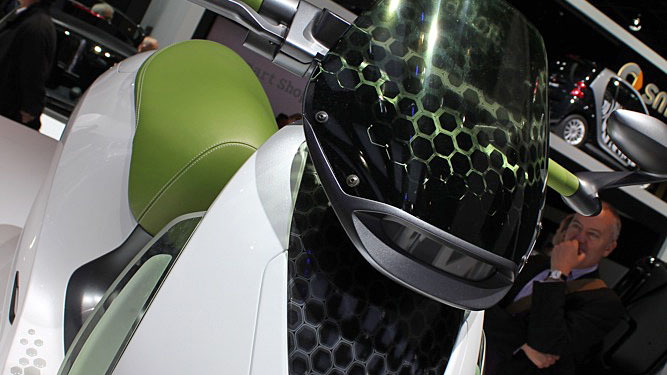 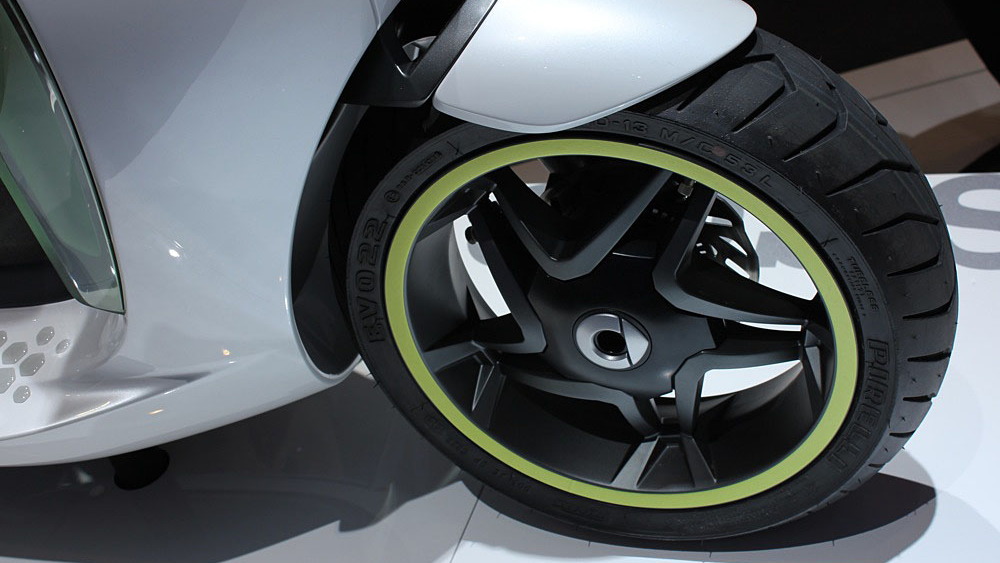 The 2010 Paris Auto Show proved there's serious energy going into electric cars, but even EVs with two wheels were well represented at the show--and by major auto brands, at that.

The Smart Escooter Electric Bike seem like a logical extension for the teensy ForTwo, which looks like a beast in comparison. The Escooter sports a 6-horsepower hub motor that keeps its speeds under 30 mph, but provides 62 miles of driving range for urban Vespa fans who want to go from simply green to pure blue, in the latest environmental lingo.

Also sharing a small part of the Smart stand, the Smart ebike has a 250-watt hub motor that stores energy in lithium-ion cells. Riders can choose four levels of electric assistance, but the ebike leaves bikers to their own legs above 15.5 mph. A single charge takes about 2.5 hours, and gives a maximum of 56 miles of range.

The MINI Scooter E comes from the same squad that developed the MINI E electric vehicle, and is developing the carbon-fiber-bodied Megacity urban runabout. The Scooter E looks fabulous up close--backed up by the world's largest electric plug on the MINI display--and has jewel-like pink taillights to contrast with its cross-stitched leather seat.