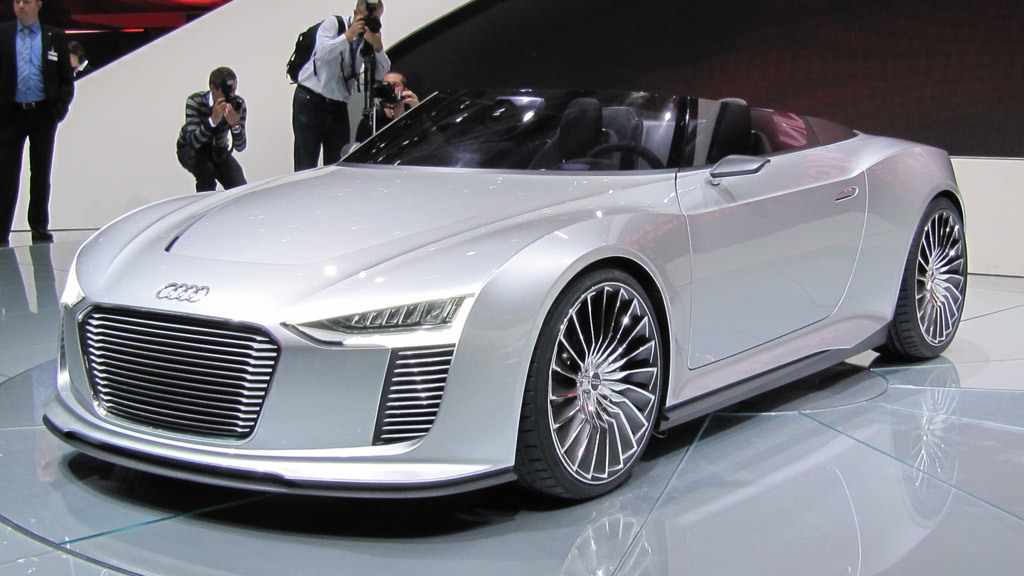 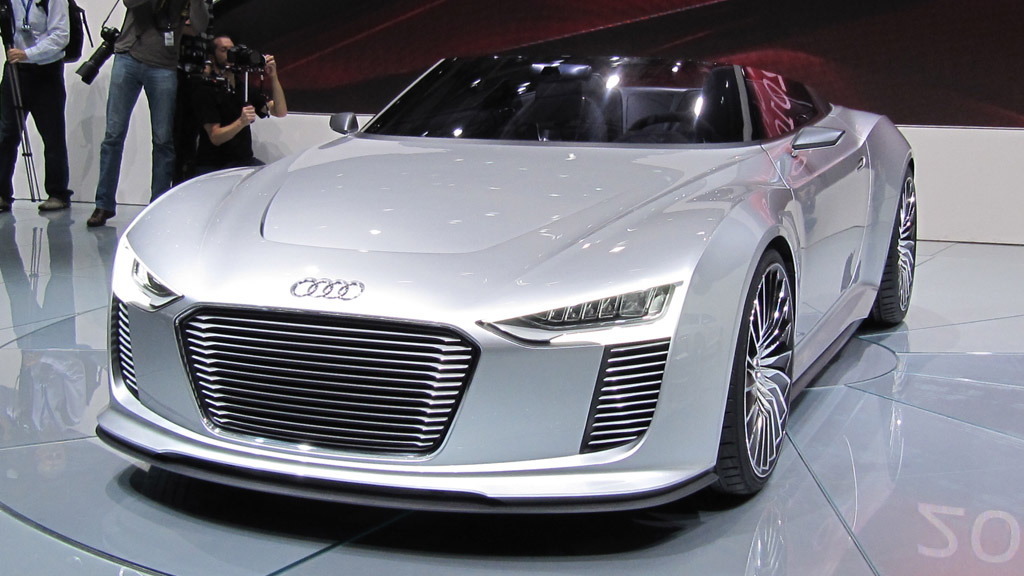 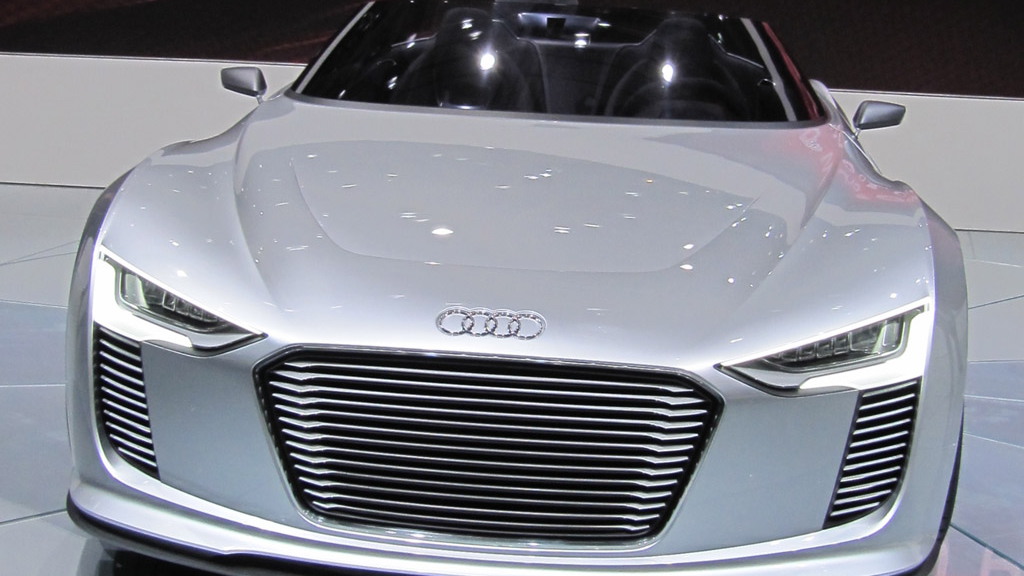 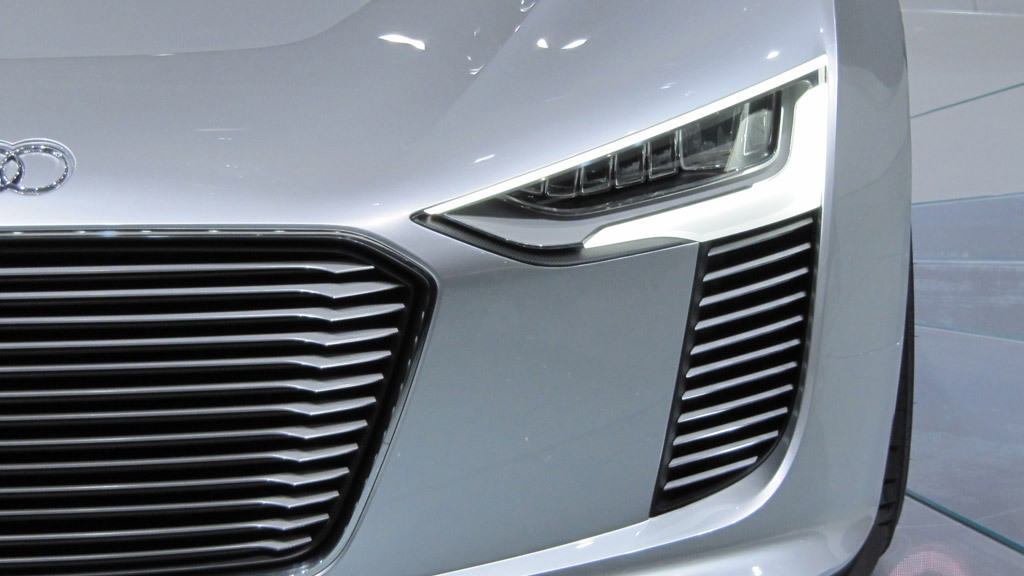 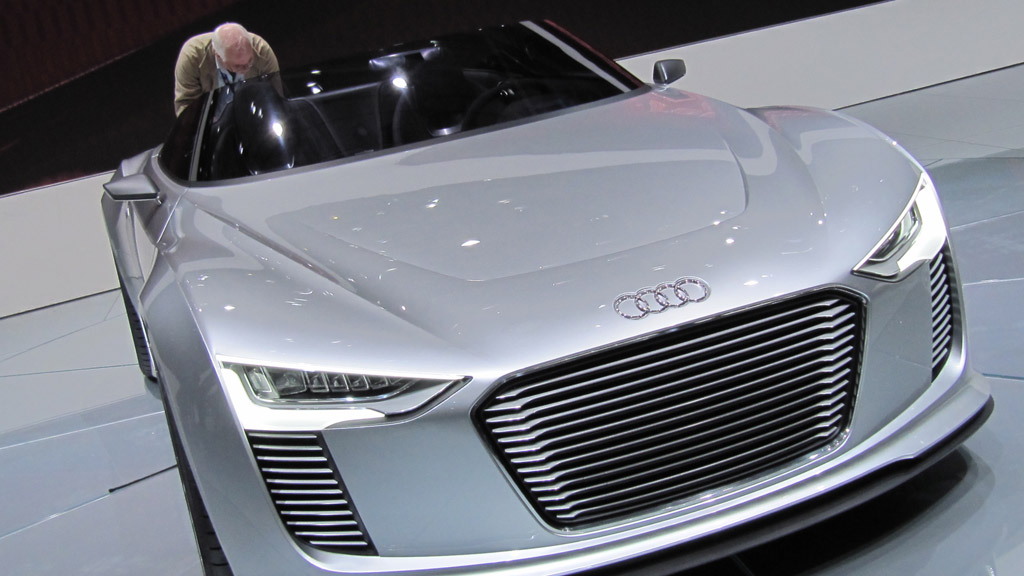 Rumors are strange things. Sometimes we hear rumors which, days later, are confirmed. Then there are the rumors which carry some credence, but omit some vital fact or other.

Take Audi’s latest concept, the e-tron Spyder. Unveiled today at the Paris Motor Show it bears uncanny resemblance to the leaked sketches which made it onto the Internet last week.

While the sketches we saw showed a beautifully designed Spyder apparently based on the e-tron concept we saw earlier in the year at the Detroit Motor Show, they didn’t tell us about Audi’s proposed power train.

We have to admit. We assumed it would be an all-electric concept. But as quickly as Audi had officially unveiled the sexy sports car we knew we’d missed something.

The Audi e-tron Spyder may plug into the wall to recharge from electricity, but it also houses a 3.0 litre V6 TDI Diesel engine, making the e-tron a plug-in hybrid.

But the e-tron Spyder is no Plug-in Prius.

With a 0-62 mph time of 4.4 seconds and an electrically limited top speed of 155 mph, the e-tron Spyder certainly packs a punch when it comes to sports car performance.

You can forget about impressing friends though with any zero-emissions all-electric driving. Audi’s engineers have neutered the potential of all-electric sports car performance with an all-electric mode capable of 31 miles at a shockingly abysmal 37 mph maximum speed.

While we love the aggressive grille and flowing curves of the e-tron Spyder concept we’re left with just one question.

Why isn’t the e-tron Spyder an all-electric or range-extended EV?

It just goes to show that you can’t always believe every rumor you hear.