Sometimes, you'd think that hybrid-electric vehicles were the most important development in the automotive world, if not the entire geopolitical sphere, in the last 15 years. They're not.

More than a decade after they launched into the U.S. market, their market share hovers just south of 3 percent. Globally, it's roughly 1 percent.

And by far the biggest portion of that total volume belongs to the three generations of the Toyota Prius, the world's first hybrid and the one that still represents more than one of every two hybrids on the planet. Its distinctive form has even earned the honor of its very own South Park episode.

But we get testy about the lack of context. Specifically, today's coverage of yet another study--this one by CarGurus.com--that points out that buying the hybrid model doesn't save enough gasoline to cover the purchase premium over the non-hybrid model of that same car.

Especially with U.S. gasoline prices floating around the $2.70 per gallon mark.

The cars ranged from the Honda Civic Hybrid compact sedan to the GMC Yukon Hybrid full-size SUV, including the new and popular 2010 Ford Fusion Hybrid. Neither of the two dedicated hybrids sold in the U.S.--the Toyota Prius and the Honda Insight--were included.

The study covered both depreciation and operating costs. 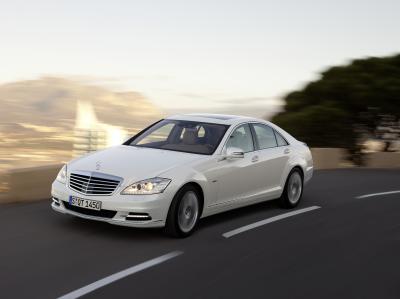 (Actually, a differing study showed that the 2010 Mercedes-Benz S 400 Hybrid is the sole hybrid that does save money, because it's the least expensive S-Class sedan sold here and it has the best gas mileage to boot. But hey, who's counting?)

Yep. Hybrids don't pay back. But then, HUMMERs aren't bought solely by people who need to ford rocky riverbeds to take little Jason and little Jennifer to soccer practice. And so forth.

The point is that people buy cars for all sorts of reasons, from the purely practical (number of seats, luggage capacity, fuel efficiency) to the not-very-well-understood psychographics of what you think your car says about you to others.

Which is, it turns out, the Number One reason that Prius owners bought their cars: to make a statement that they're green. That data comes from a study done at the University of Minnesota on purchase motivations.

The same motivations are likely to apply to purchase hybrid models of non-hybrid cars and trucks, though we'd be eager to see a study that looked at that question in a systematic way.

So the new study, covered by our colleagues at Wired, once again produces data to support a relatively well-known conclusion: The added cost of hybrid-electric gear--not to mention the premium trim that usual accompanies hybrid options on models also sold as gasoline cars--exceeds an owner's likely lifetime gasoline savings.

That's not why most people buy hybrids.