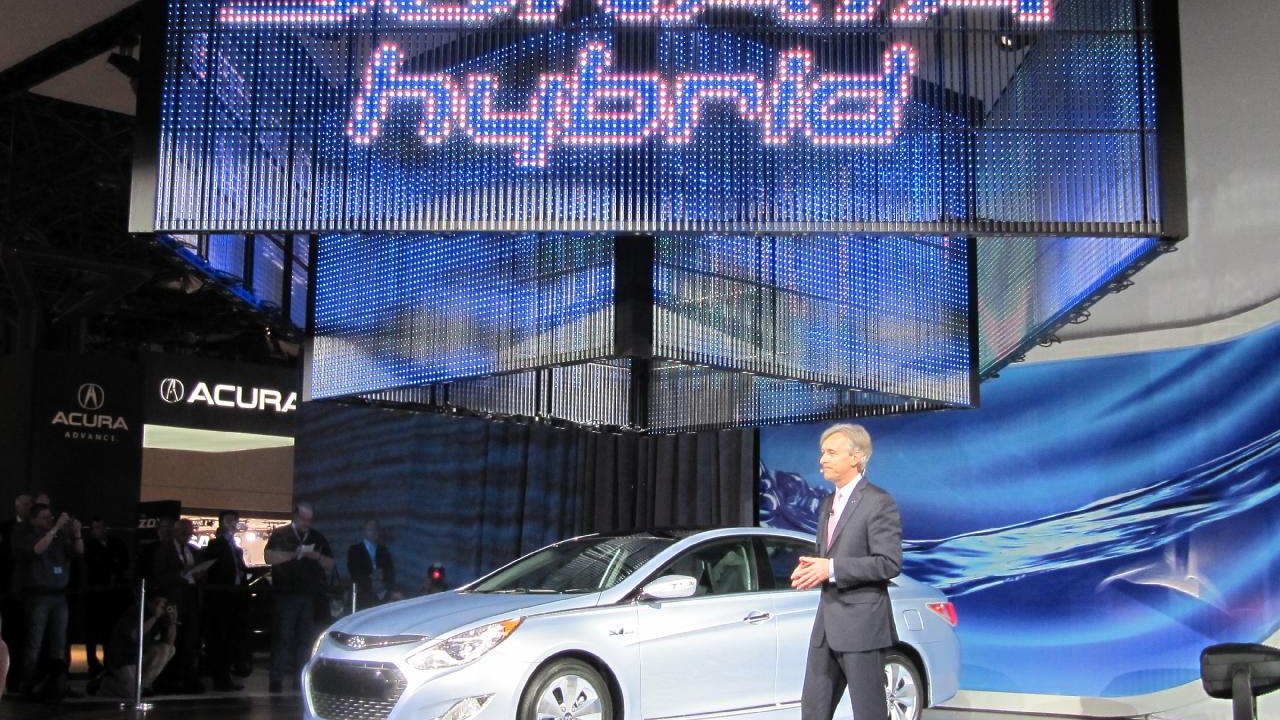 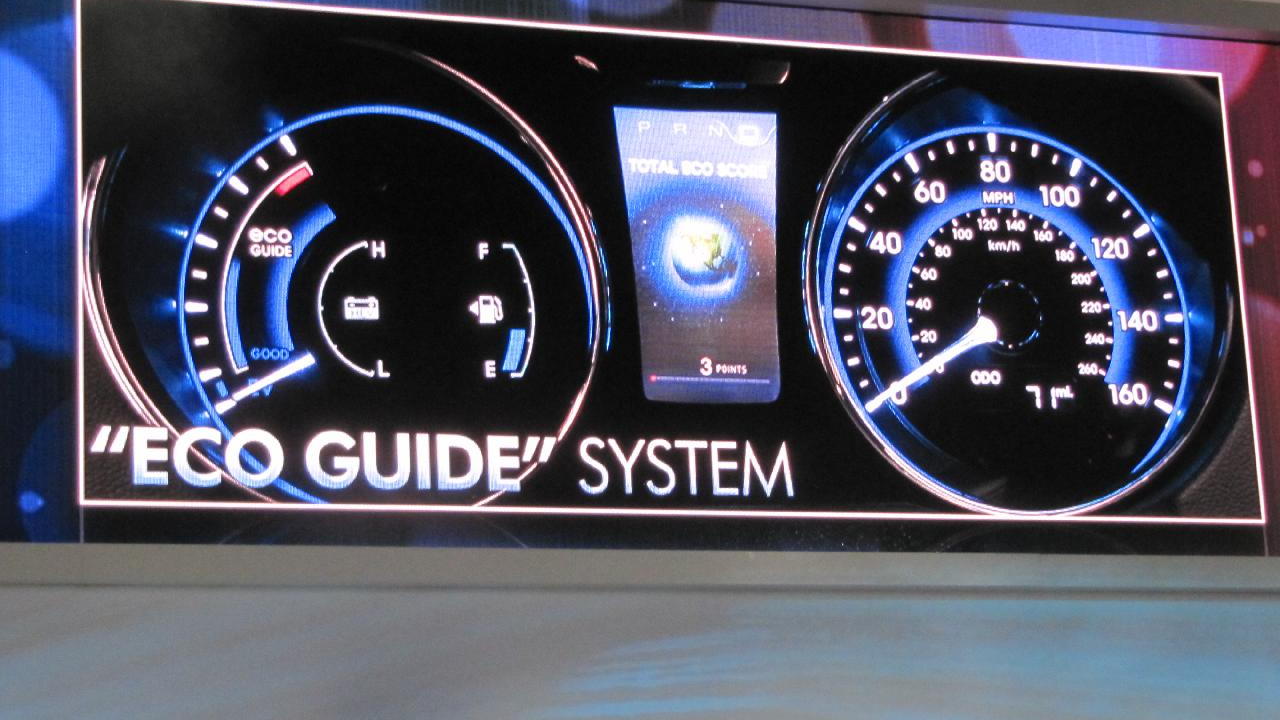 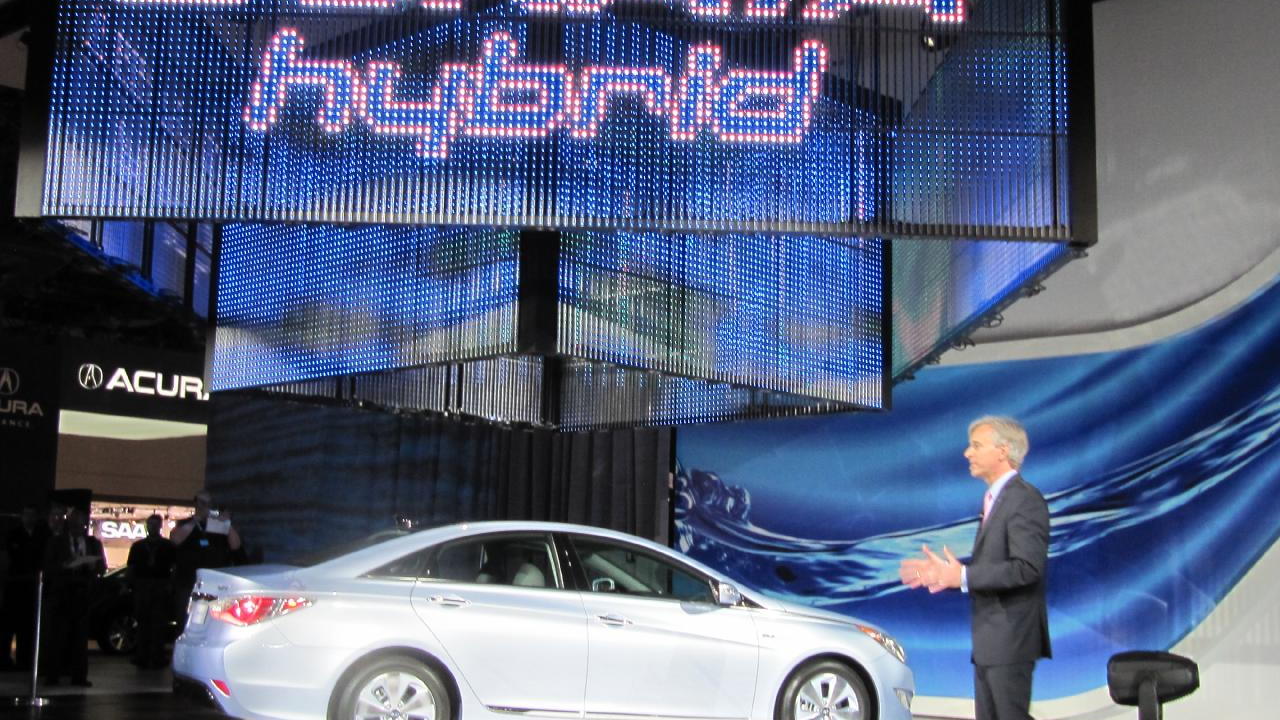 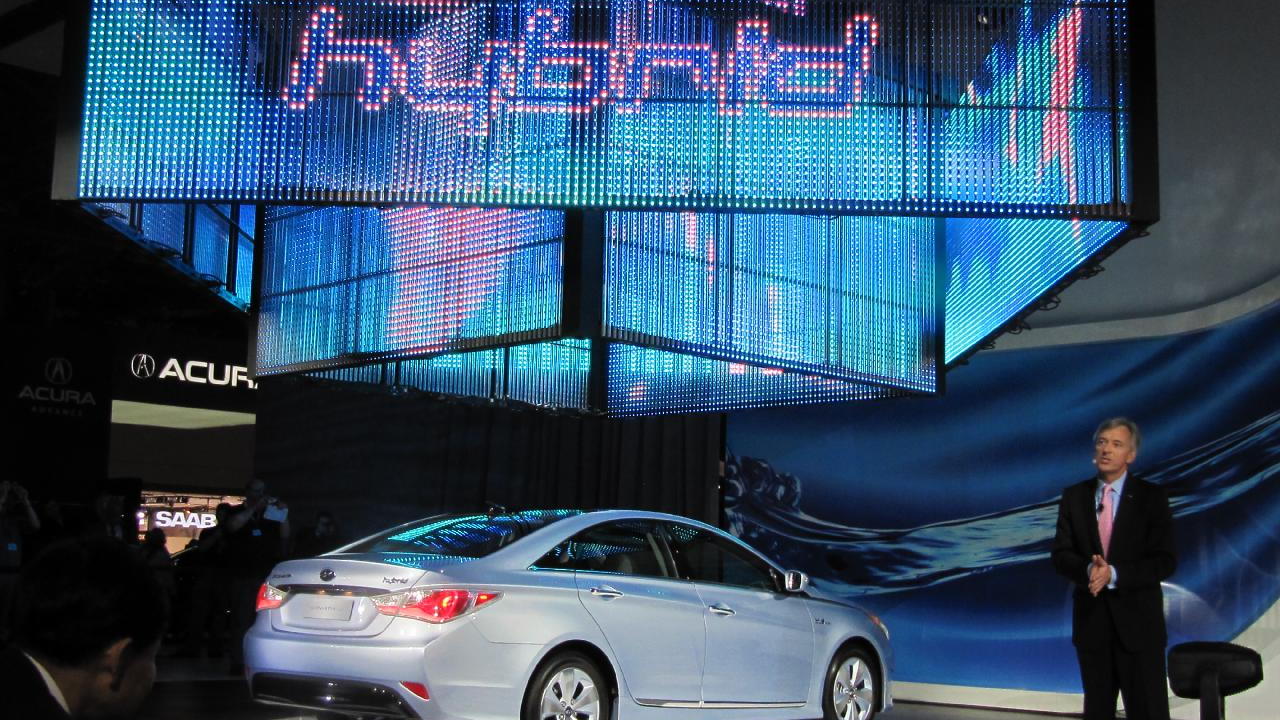 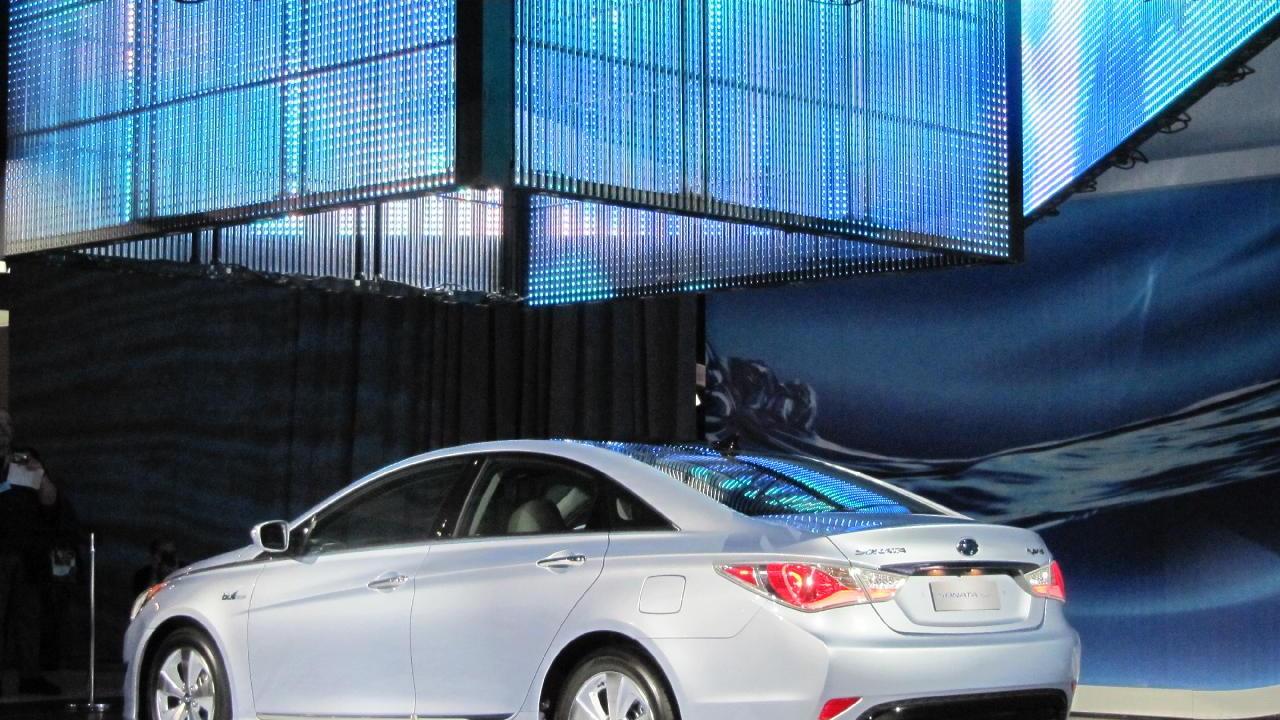 For a few years, the only full hybrid sedan sold in the U.S. was the Toyota Camry Hybrid. Then came the 2010 Ford Fusion Hybrid, which won North American Car of the Year and upped the ante considerably.

Now Hyundai has raised the bar again. Its 2011 Hyundai Sonata Hybrid, available this fall, is more aerodynamic and runs faster in electric mode than the Ford or Toyota.

It also has unique front styling, clearly different from run-of-the-mill Sonatas, a distinctive step that none of its competitors has taken.

Hyundai says the 2011 Sonata Hybrid can run in electric mode as high as 62 miles per hour, whereas the Ford tops out at 47 mph and the Toyota at 42 mph.

Unveiled today at the New York Auto Show after months of anticipation and a teaser photo, the 2011 Sonata Hybrid is Hyundai's first hybrid sold in the U.S. Last July, its domestic-market Elantra LPI Hybrid sedan became the world's first production vehicle to use lithium-polymer cells.

The 2011 Sonata Hybrid uses a 169-horsepower, 2.4-liter gasoline engine similar to the one in the standard Hyundai Sonata, but adapted for hybrid use.

It is mated to a 30-kilowatt (40-horsepower) electric motor that sits between it and an adapted version of Hyundai's six-speed automatic transmission that replaces the torque converter with an oil pump along with the electric motor.

The system generates a combined 209 horsepower and 195 foot-pounds of torque. Unlike the Toyota and Ford systems, which act as electronic continuously variable transmissions (eCVTs), the Hyundai hybrid maintains more familiar transmission shifts.

Adding torque directly into the transmission without the intermediary gears of an eCVT system means, Hyundai says, that power can be used more efficiently and the car can run in electric mode at much higher speeds.

The 1.6-kilowatt-hour battery pack uses lithium-ion cells, rather than the less energy-dense nickel-metal-hydride cells used by the other two,  meaning Hyundai has entirely leapfrogged the earlier energy storage technology.

In addition to the electric motor-generator, Hyundai adds a small 8.5-kilowatt Hybrid Starter Generator (HSG), whose function is to restart the engine after it is switched off.

Under severe conditions--for instance, heavy acceleration with a depleted battery pack--the HSG can also contribute a small amount of additional battery charging, though 90 percent of recharge comes from the larger electric motor.

Top of the range

Like its competitors, the 2011 Hyundai Sonata Hybrid is a well equipped, top-of-the-range model with many amenities, including a navigation system, XM satellite radio, and HD radio.