Electric cars have been said to be the future of the automobile; in fact, electric cars have been intriguing to the industry for over 100 years. From the runabouts of the turn of the century to the resurgence of the electric car in the ‘90s, electric cars have been thought for some time to be the "solution" to the pollution, operation costs and fuel supply issues that have been a growing concern for the last couple of decades. Enter the Smart ForTwo-a car that has changed the American view of micro cars (as can be seen by the waiting list for new Smarts) and shows the economy an efficient small car can achieve. Now the Smart is going greener with an electric version as we have reported earlier last month. However, the reception of what is actually the second generation of the Smart ForTwo Electric isn't being well received by the U.S. automotive press. 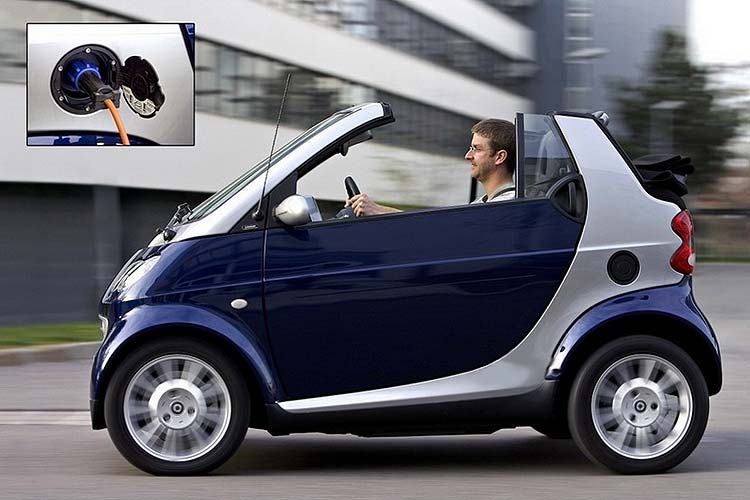 The Smart is a fantastic little car, but even with its popularity people question its practicality due to its miniature size (small even compared to a MINI Cooper). When you pair small size with reduced range, as is the case with the fully-electric version, it makes the value proposition almost nil. So even as the second generation is undergoing testing in Europe and now in China (as reported by our sister site AllCarsElectric.com), the excitement over the EV version seems to be fizzling. The issue-charge life and overall performance.

Yes, the second generation Smart ForTwo Electric seems to be plaqued with what some would call the ultimate downfall of the electric car; overall driving range is one of these problems, but the other is what I like to call plausible deniability of driving an electric car. One of the selling points of the 2010 Ford Fusion Hybrid is that you can forget that you are driving a hybrid because it is well sorted. This is the thing the Smart ForTwo is missing according to Automobile Magazine. Automobile noted that the test EV they drove had issues with the regenerative braking that resulted in jerky stops and discomfort for the driver. Other concerns were raised with the 84 mile range and a top speed of 62 mph.

The last two AllSmallCars.com can see past since I personally wouldn't feel all warm and fuzzy about taking on Semi trucks on the interstate in a regular Smart, so we see the EV version as really more of a city vehicle which makes the 84 mile range reasonable. The discomfort is a whole other issue; drivers don't want to be inconvenienced or reminded constantly of their EV choice. Instead, they want to know they did their part for the environment and go on like they are driving a normal car-or in other words something they are familiar and comfortable with.

Bottom line-Smart has some work to do which we hope the real world testing will confirm, but until then there are other competitors that have the edge like the Nissan Leaf or possibly the Chevrolet Volt.