We've written before about some of the misconceptions around high-mileage and electric cars, among them that they're essentially glorified golf carts.

Now the test engineers for the 2011 Chevrolet Volt have taken their  extended-range electric vehicle up the twisty 19-mile road to the top of Pike's Peak, a grueling test used by automakers to ensure their cars will hold up under the most extreme circumstances. 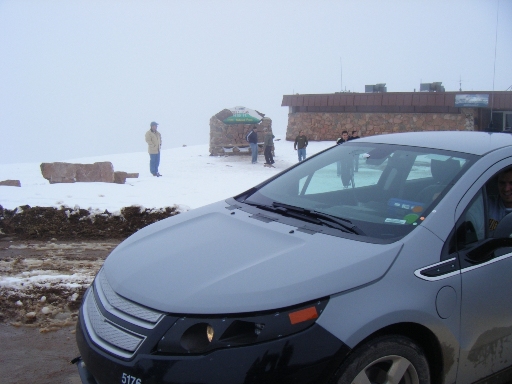 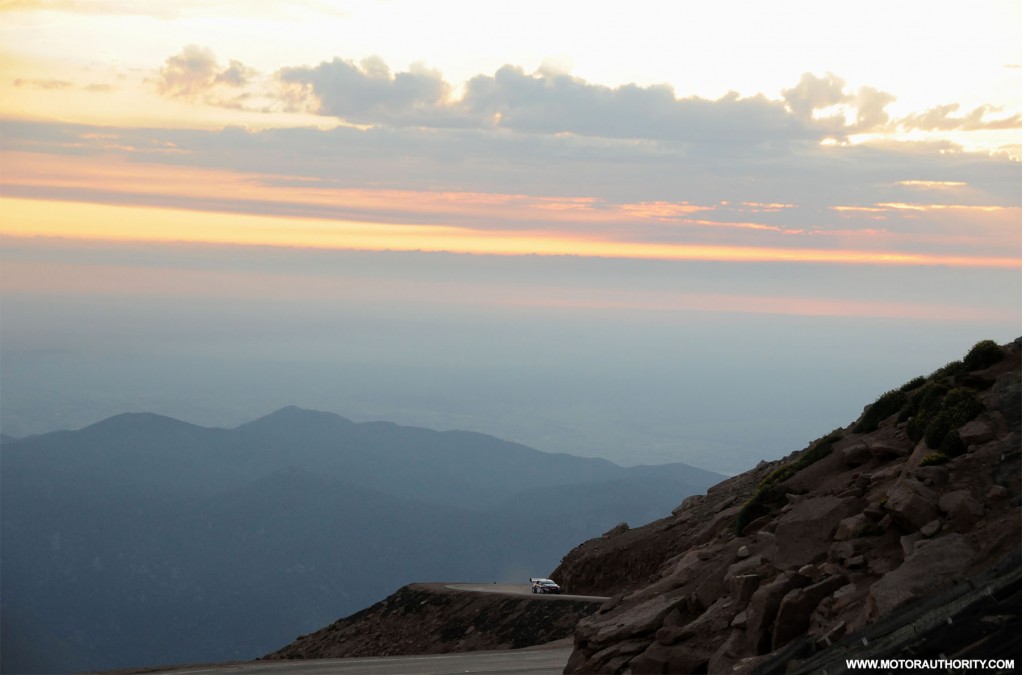 Visitors to the 14,110-foot Pike's Peak often see camouflaged test vehicles towing heavy trailers up the road to the summit, or parked with their noses flush to a stone wall, idling with the air-conditioning on high.

The goal is to test the cooling and climate control systems. After all, if your crossover can survive that, any U-Haul trailer wherever you live will be a breeze, right?

Yesterday, GM engineers took a fleet of Volt "integration vehicle" prototypes up the road to the Pike's Peak Summit House in the snow. A GM blog entry noted that much of the climb was done in "range-extending mode" with the 1.4-liter engine powering a generator to provide power to the lithium-ion battery pack.

GM's goal was to test whether the electric car had sufficient performance to climb the peak, find out more about its cold-weather behavior, and look at how much energy could be regenerated to recharge the battery through braking on the way back down.

Needless to say (it's a GM blog, after all), the team said it was very satisfied with the results. According to engineer John Blanchard, the National Park Service even said that the Volt's brakes were among the coolest they had tested after the trip back down the hill.

We hadn't known that the Parks Service actually tests brake temperatures, but if you're gonna do it, the base of Pike's Peak would be the place. We look forward to our first drive in a pre-production 2011 Chevrolet Volt.