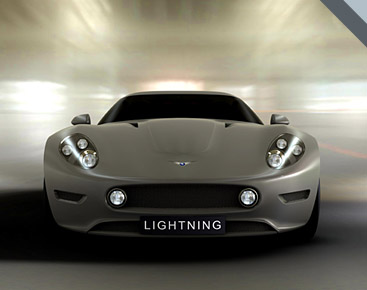 The Lightning GT is a high-end ultraluxury electric car which first debuted in 2008 and is slated to go into production in Spring 2010.

Though not yet in production, the British company already deposits for the car and has plans for two more cars in the future according to its chairman Ian Sanderson.

"A limo-sized model is planned, as we think a high-end chauffeur-driven car with electric power would work well for executives traveling around cities," he said. "We are then looking at possibilities for an SUV and a smaller sportscar."

Rightly though Sanderson continues to focus his company on meeting the GT's production date. "These (cars) are some way off because we want to concentrate on the Lightning GT, but the plan is that all the derivatives will use the GT's powertrain, meaning we can roll them out quickly when we are ready."