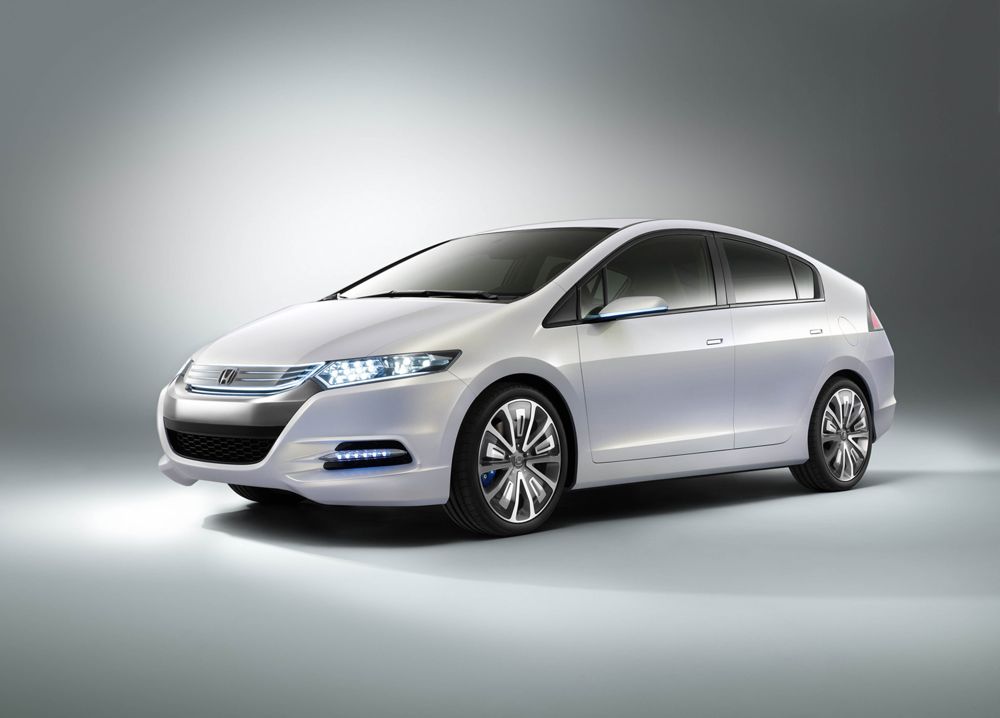 The Honda Insight hybrid which will go on sale in the UK in early April.  It is being reported that the entry level Insight LS will cost £15,490 which translates to about $22,438 USD.  In England this price is £2380 or $3500 less than the staring price of the Prius.

The upscale model of the Honda Insight in the UK which includes navigation system, heated seats, and hands-free phone will be £18,390 or $26,640 USD.

The Insight will go on sale in the US on April 22, which is Earth Day.  There will be two trims using the same drivetrain, the LX and EX.  Honda has said it is their goal to price the LX under $20,000.

We should know soon.

Meanwhile Honda is finding that orders for the car are outpacing projections already in Japan despite the dismal state of the economy and automotive market there.  Honda will need to produce more copies of the car there in April as demand is three times what it was projected to be.  The Insight is starting at 1.89 million yen ($19,980) in Japan.

"What's unique about the Insight is that we're attracting a broad range of drivers, from (660cc) minivehicles to sedans to minivans,"   said Hiroshi Kobayashi, deputy chief operating officer for Honda's domestic operations.