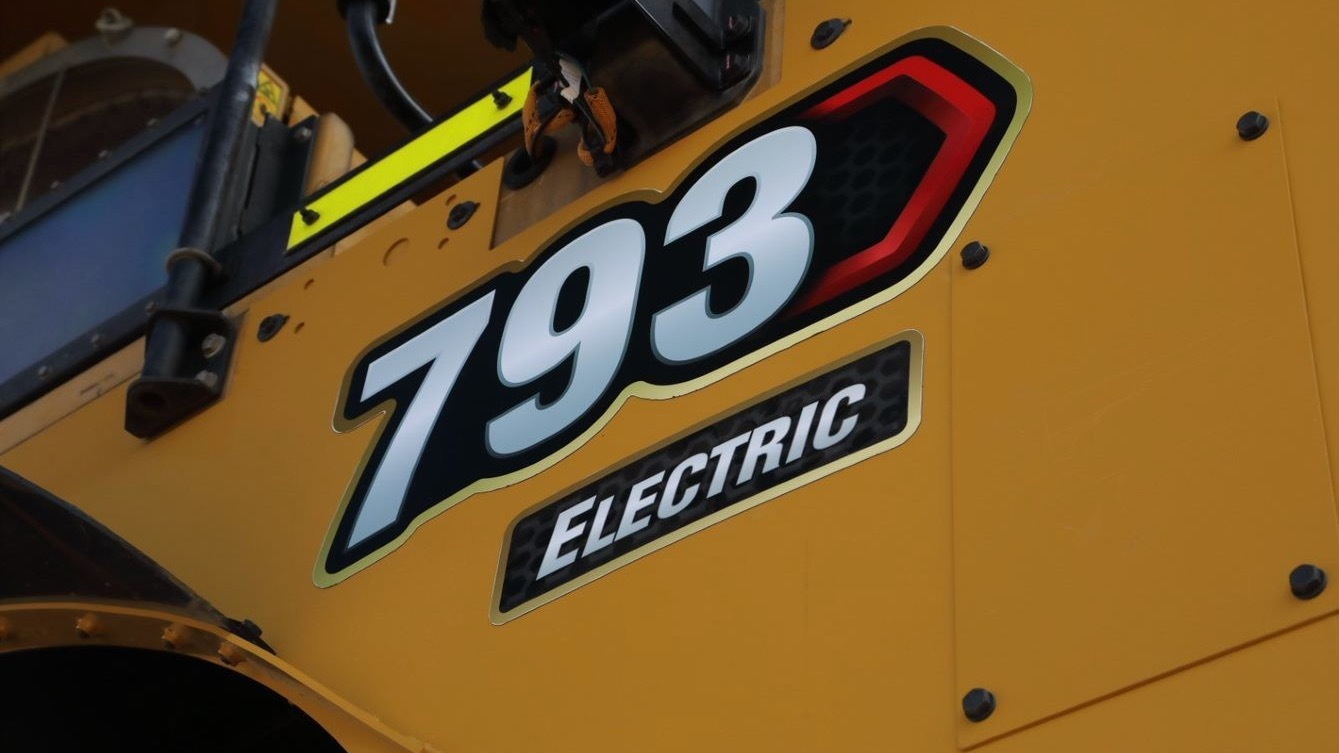 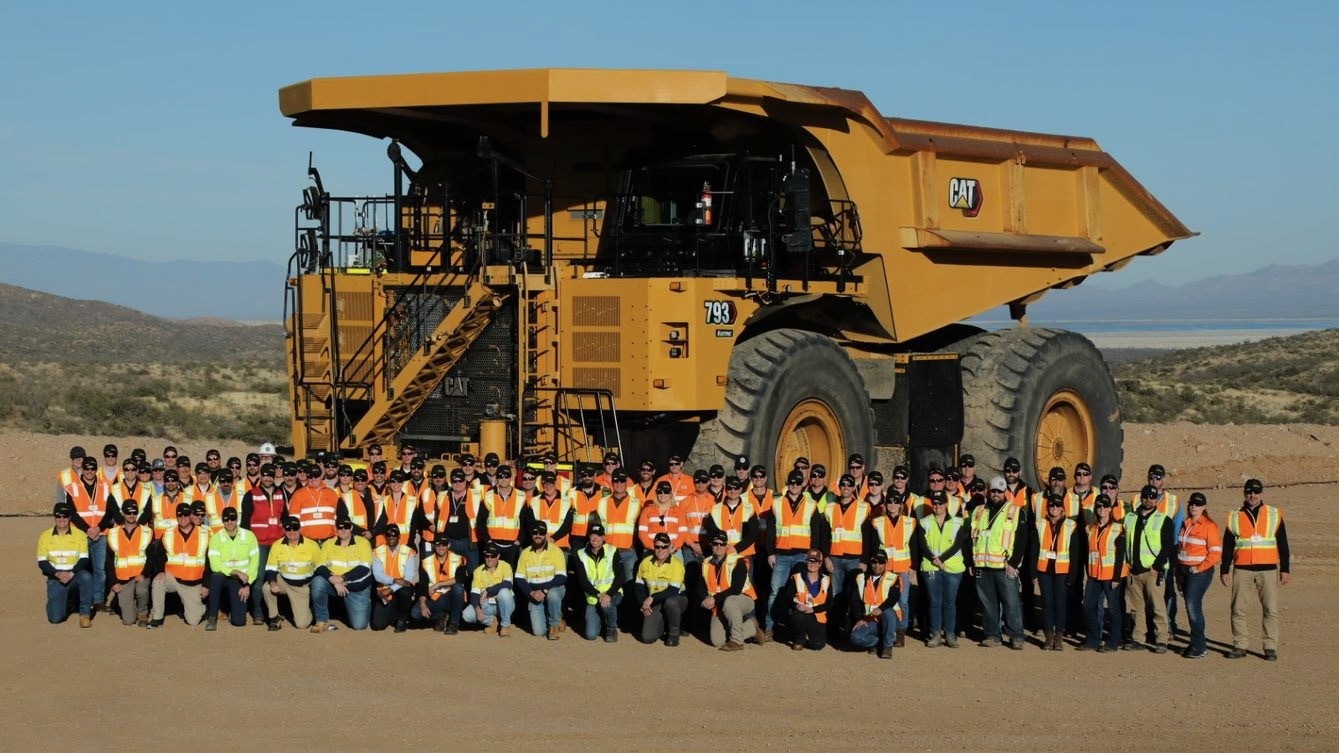 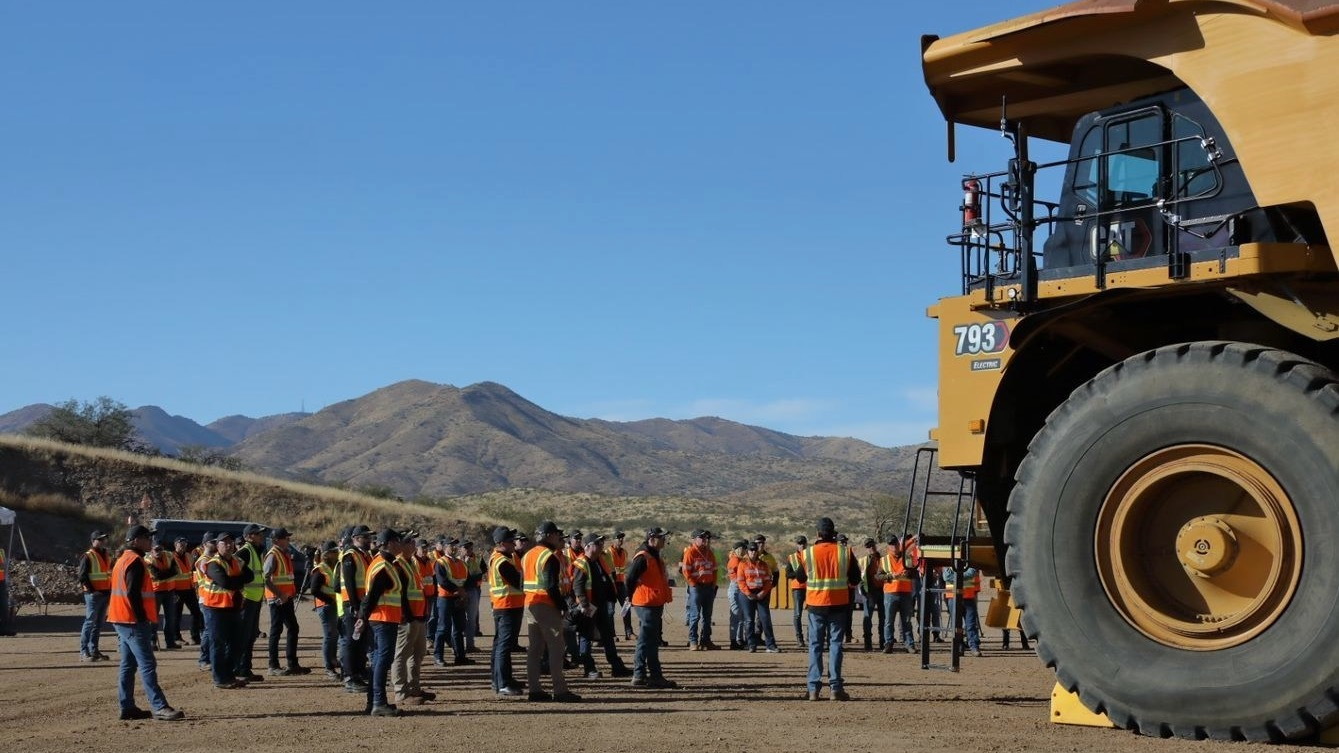 As automakers aim to produce more electric cars and trucks, Caterpillar has shown that battery-electric powertrains can scale up to something much larger.

The company recently demonstrated a mammoth electric mining truck at its Green Valley, Arizona, proving ground to representatives of mining companies that are looking to reduce greenhouse gas emissions from their operations, according to a Caterpillar press release issued last week.

Loaded to its rated capacity, the Caterpillar 793 electric prototype achieved a top speed of 37.3 mph on a 4.3-mile demonstration course, according to the company. The prototype also climbed a 10% grade for 0.62 mile at 7.5 mph, and descended the same distance to demonstrate its regenerative braking system.

Caterpillar conducted the demonstration for a handful of large mining companies—including BHP, Freeport-McMoRan, Newmont Corporation, Rio Tinto, and Teck Resources Limited—that have signed onto its Early Learner electrification program. Launched in 2021, the program "focuses on accelerating the development of Caterpillar's battery electric trucks at participating customers' sites," according to the company.

The 793 Electric compares in dimensions to the company's other internal combustion versions of the 793—meaning this truck is roughly 42 feet long, 25 feet wide, and 21 feet high. Diesel versions are rated for a 480,000-pound payload.

The Caterpillar truck won't be the first used for mining, and depending on the exact situation, it might eliminate energy use by the transportation portion of mining entirely. A Switzerland mine says that its use of the Elektro Dumper—loading the mining truck uphill, for the trip back down to hand the materials off to distribution and processing—means the eDumper truck recovers more energy than it uses to get to the mine and never has to be charged.

In North America, a Canadian gold mine is among those that have switched entirely to EVs and electric mining equipment. As the U.S. opens more mines and attempts to recover the resource control it gave up over oil decades ago, heavy electric vehicles will no doubt be part of the plan.

Caterpillar has been interested in electrifying its vehicles for years. In 2018 a Caterpillar-owned venture group invested in Fisker, when it saw solid-state tech sooner than other companies.