Electric cars don't produce "tailpipe" emissions, but their overall carbon emissions are not zero. It's time for federal efficiency standards to reflect that, argues the American Council for an Energy-Efficient Economy (ACEEE).

The majority of EVs get their electricity from the grid, which in the United States is still 60% fossil-fueled, the group noted last week in a blog post. The more electricity EVs consume from a dirty grid, the bigger their carbon footprint. So EV efficiency is important.

A Chevrolet Bolt EV, for example, is still responsible 92 grams of carbon dioxide (CO2) per mile because of the electricity used to charge it, according to the ACEEE. That's much lower than a gasoline Chevy Malibu sedan, which according to the analysis emits over 320 grams per mile, but not zero. 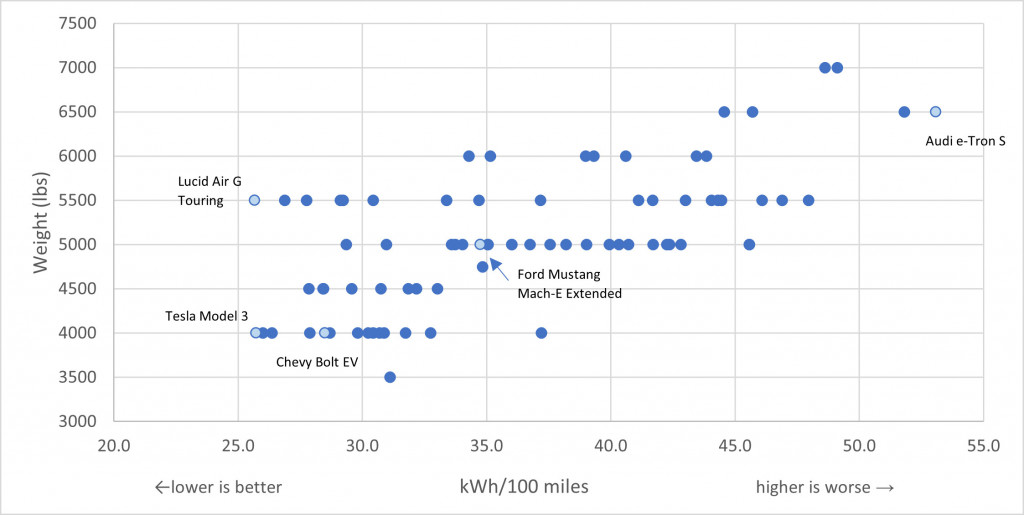 However, the GMC Hummer EV causes 341 grams of CO2 per mile. That's much better than the original Hummer H1's 889 grams per mile, but shows that inefficient EVs can still be worse for the environment than the most efficient internal-combustion vehicles.

With current federal emissions standards based solely on fuel economy, with EVs counted as having zero emissions, this issue isn't being addressed, the ACEEE argues. No distinction exists between efficient EVs that are genuinely lowering overall carbon emissions and inefficient ones that are still contributing to the problem. So the group is calling on the EPA to find ways to factor EV efficiency into future emissions standards.

It's also worth noting that, according to some analysts, federal fuel economy rules have made U.S. vehicles larger. If any such rules are introduced for EVs, they can't have the same effect. 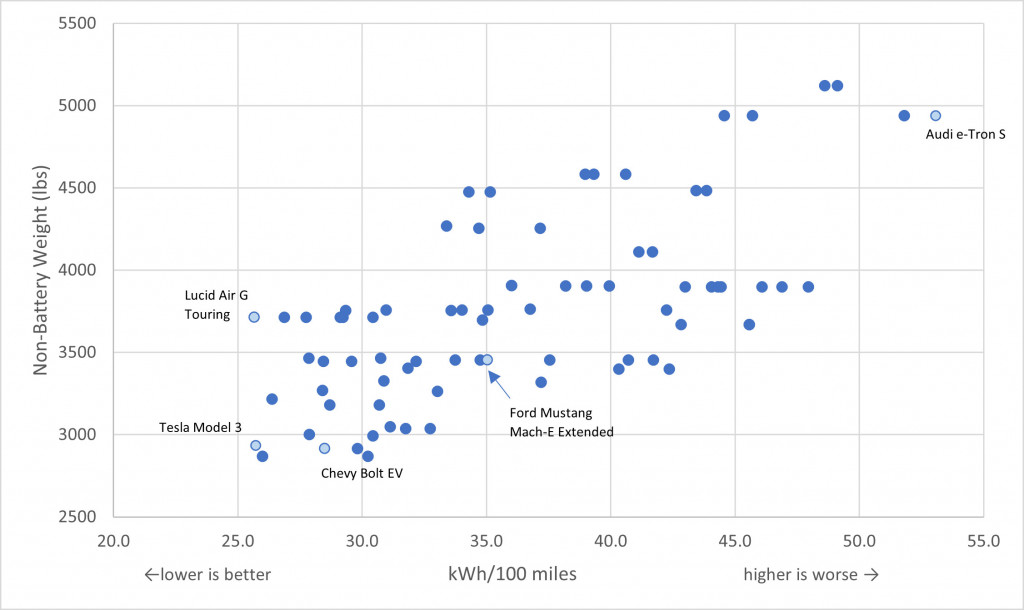 A major obstacle to increased EV efficiency is weight. EVs generally weigh more than comparable internal-combustion models due to their battery packs, and automakers are tempted to increase the size of the pack to increase range. But even when battery pack weight is factored out, some EVs like the Audi E-Tron S are still underperforming on efficiency.

A 2020 report looked at the idea of upsizing batteries vs. cutting weight for boosting EV range. It found that bigger battery packs cost more, but that weight reduction might not be cost efficient either because it relies on more-expensive materials. The report suggested new battery technology could solve this dilemma, delivering batteries with greater energy density.

Alternatively, some suppliers—like Magna—believe there are big gains to be made just in software and controls. And the idea of efficiency is at the core for Lucid, which was the first automaker to break 500 miles of range without a super size battery.