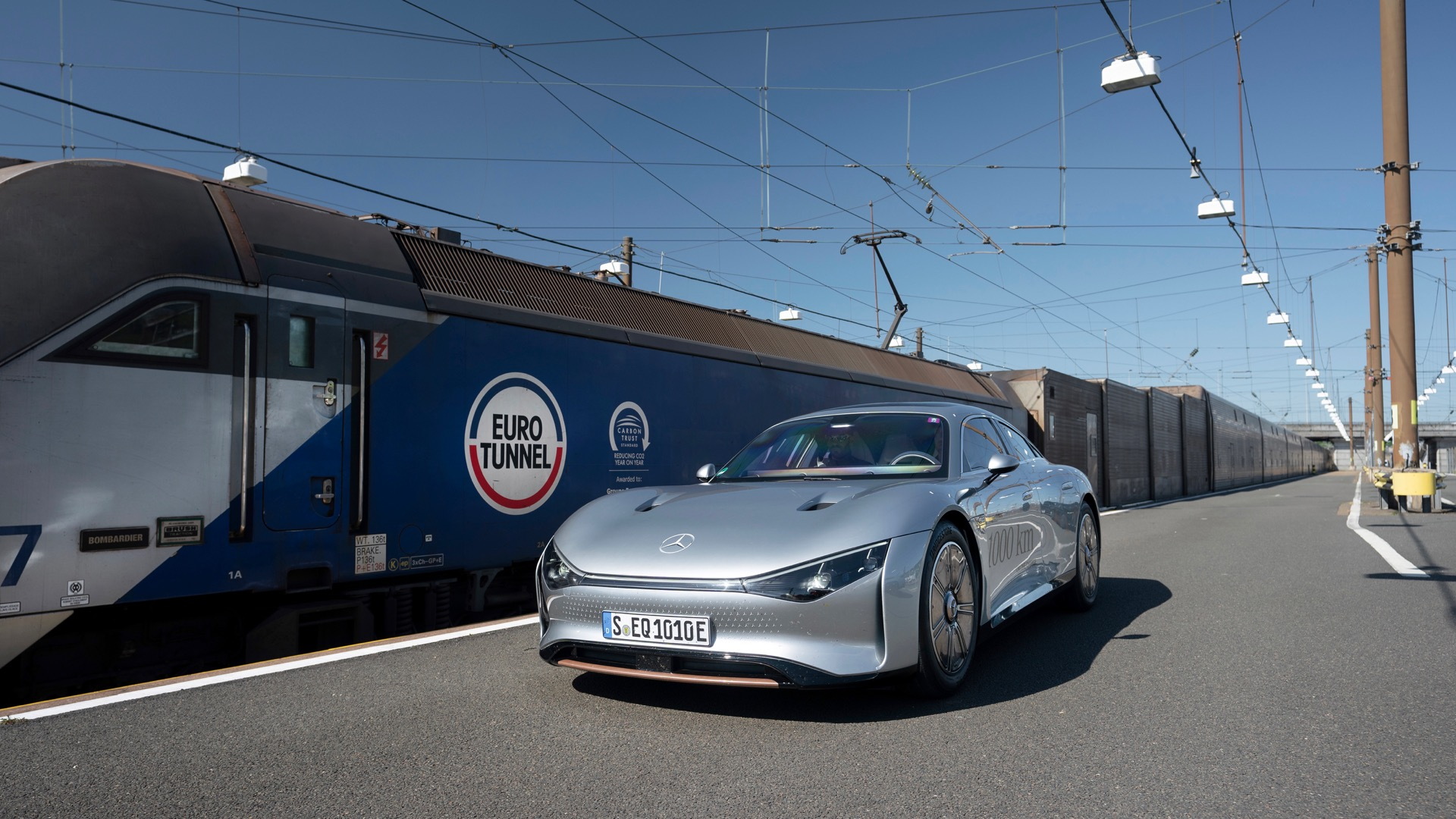 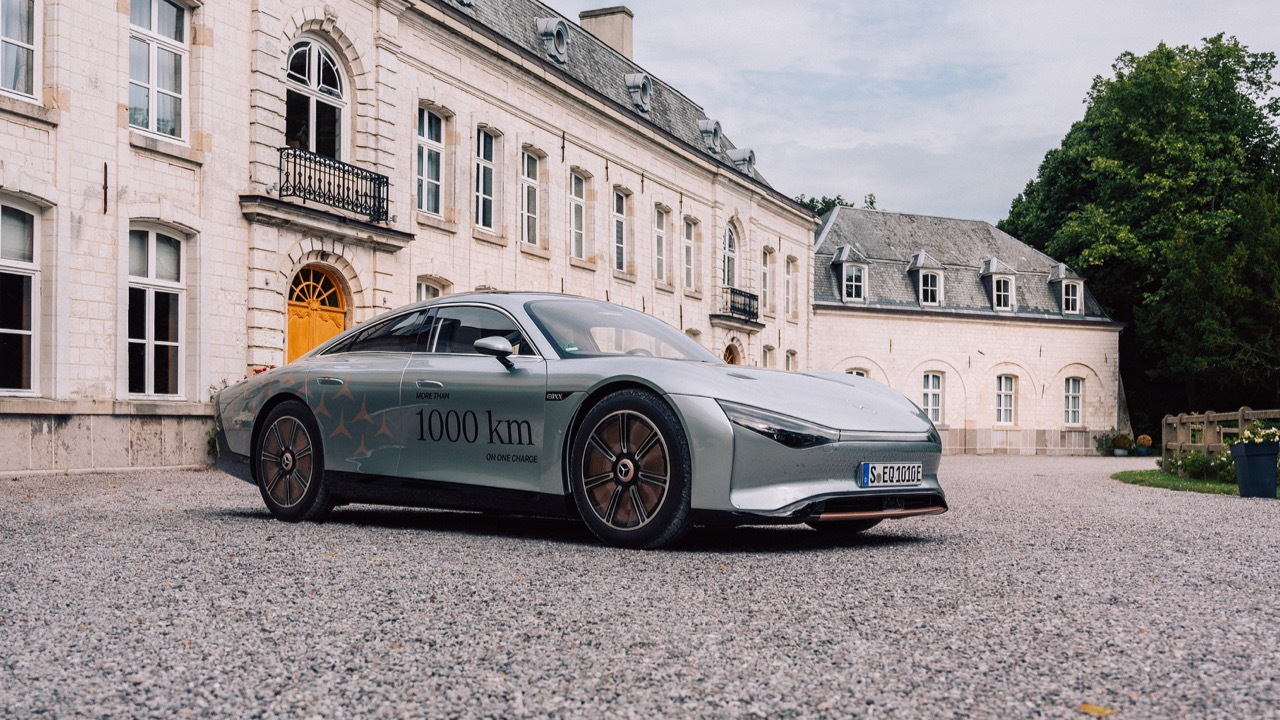 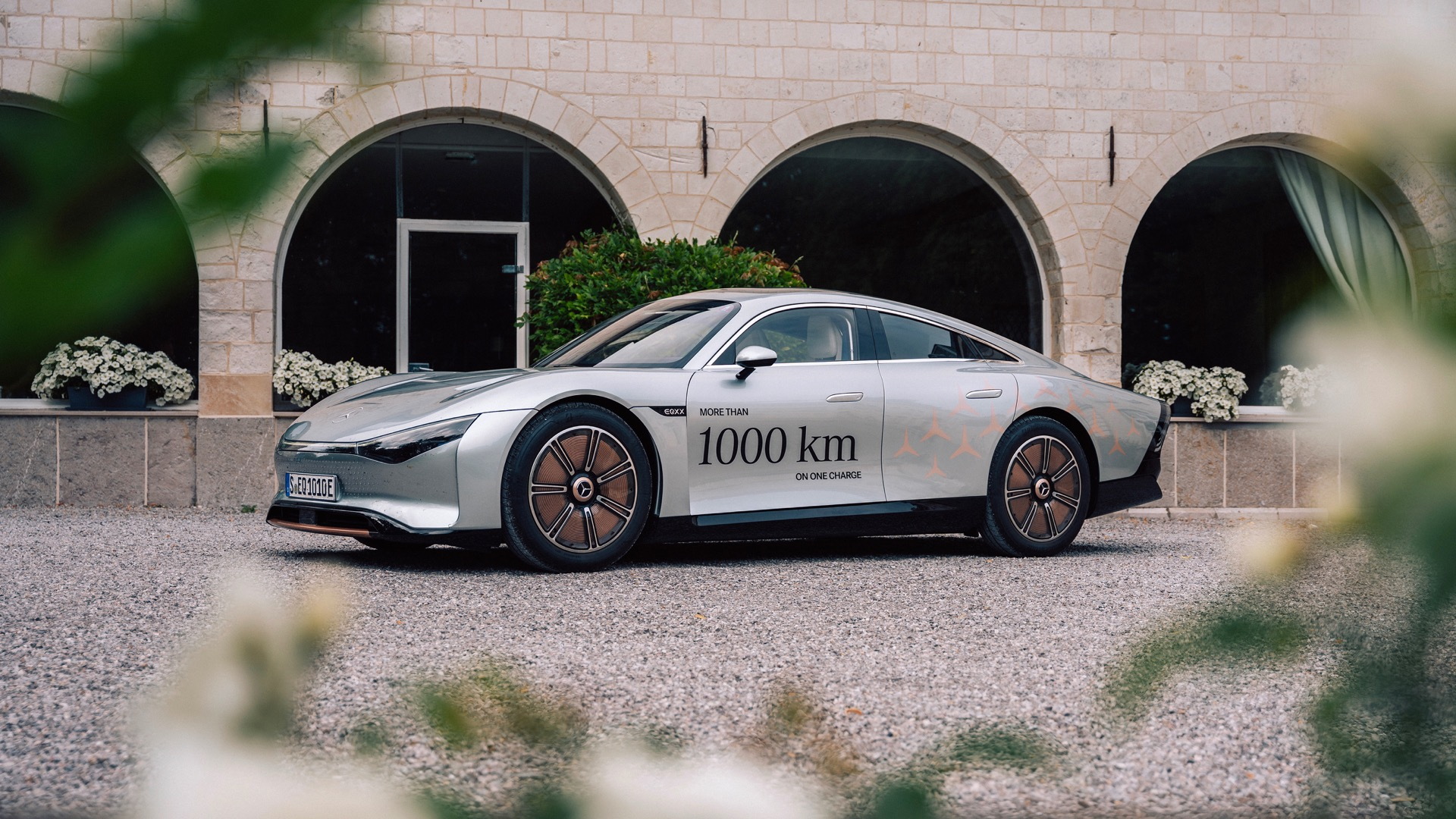 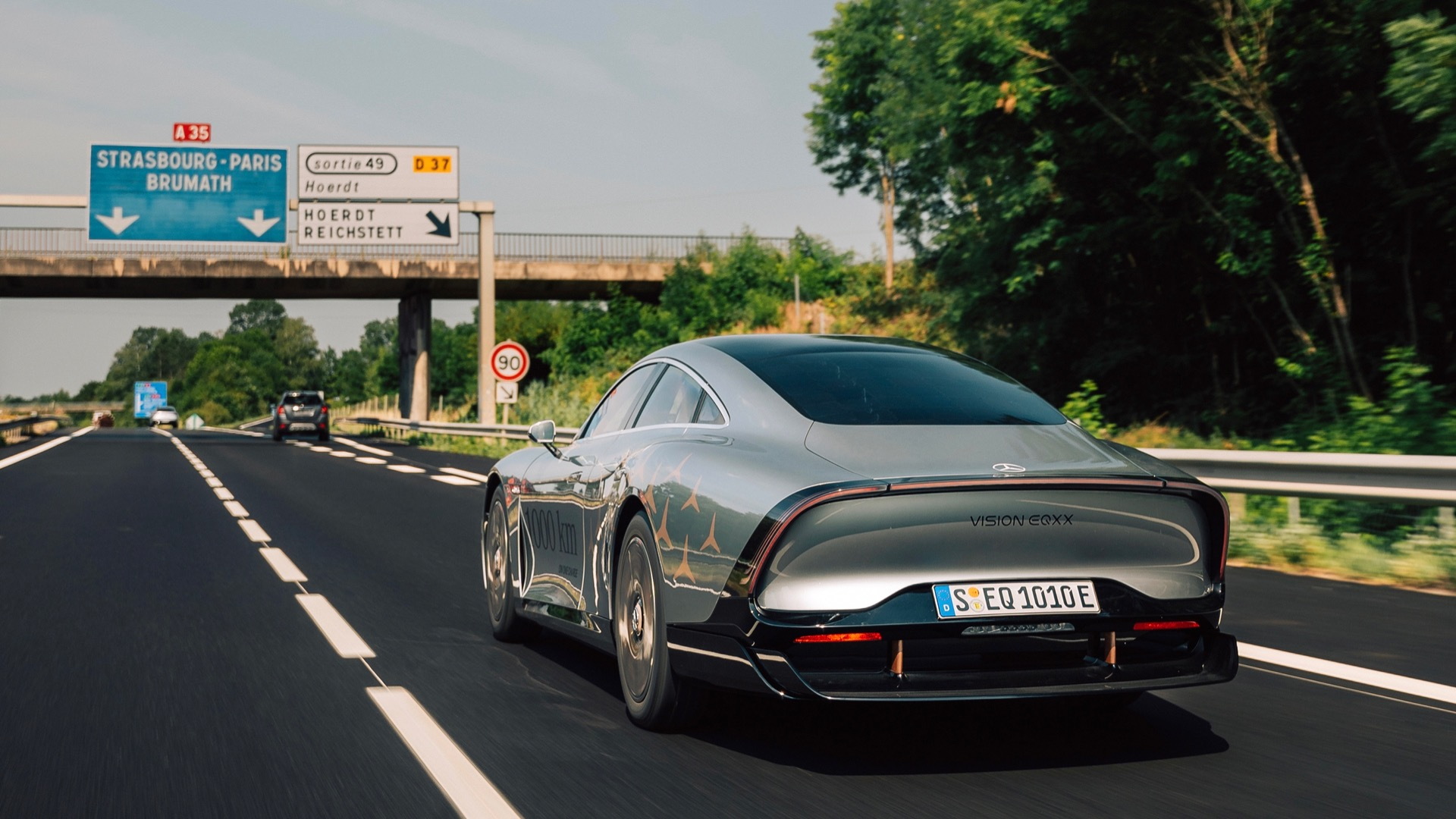 Records are meant to be broken, even if you are the one that set them.

On Thursday, Mercedes-Benz announced the Vision EQXX electric car concept broke its own distance record after driving 746 miles on a single charge.

The trip saw the EQXX drive from Stuttgart, Germany to Silverstone race track in the UK, and wrapped up the last bit of charge with laps on the track that reached the vehicle's top speed of 87 mph.

British race track with driver Nyck de Vries, a Dutchman who races for the Mercedes-Benz EQ Formula E team, coasted into pit lane depleted after using the last of the EQXX's charge over the course of 11 laps.

The first distance record the EQXX set on a single charge, which was 626 miles in April, was done in 37.4 to 64 degree Fahrenheit weather. This latest run was much warmer with temperatures reaching 86 degrees Fahrenheit.

The EQXX is a concept in extreme efficiency with a drag coefficient of 0.17. It's powered by a battery pack of less than 100 kwh, which Mercedes has said is about half the size and is 30% lighter than the pack used in the EQS, with a claimed 20% increase in cell energy density.

Mercedes has used its experience and knowledge gained in F1 racing to deliver a claimed 95% battery-to-tires efficiency.

The German automaker employs an air-cooled powertrain design that removes weight while employing active aerodynamic elements. There's a solar roof that is claimed to add up to 16 miles of driving range per day.

While the EQXX is an impressive engineering exercise, it's not a production car. Though, elements from the EQXX will surely find their way into Mercedes' electric future.

This article has been corrected to fix a typo on the efficiency of the April run.