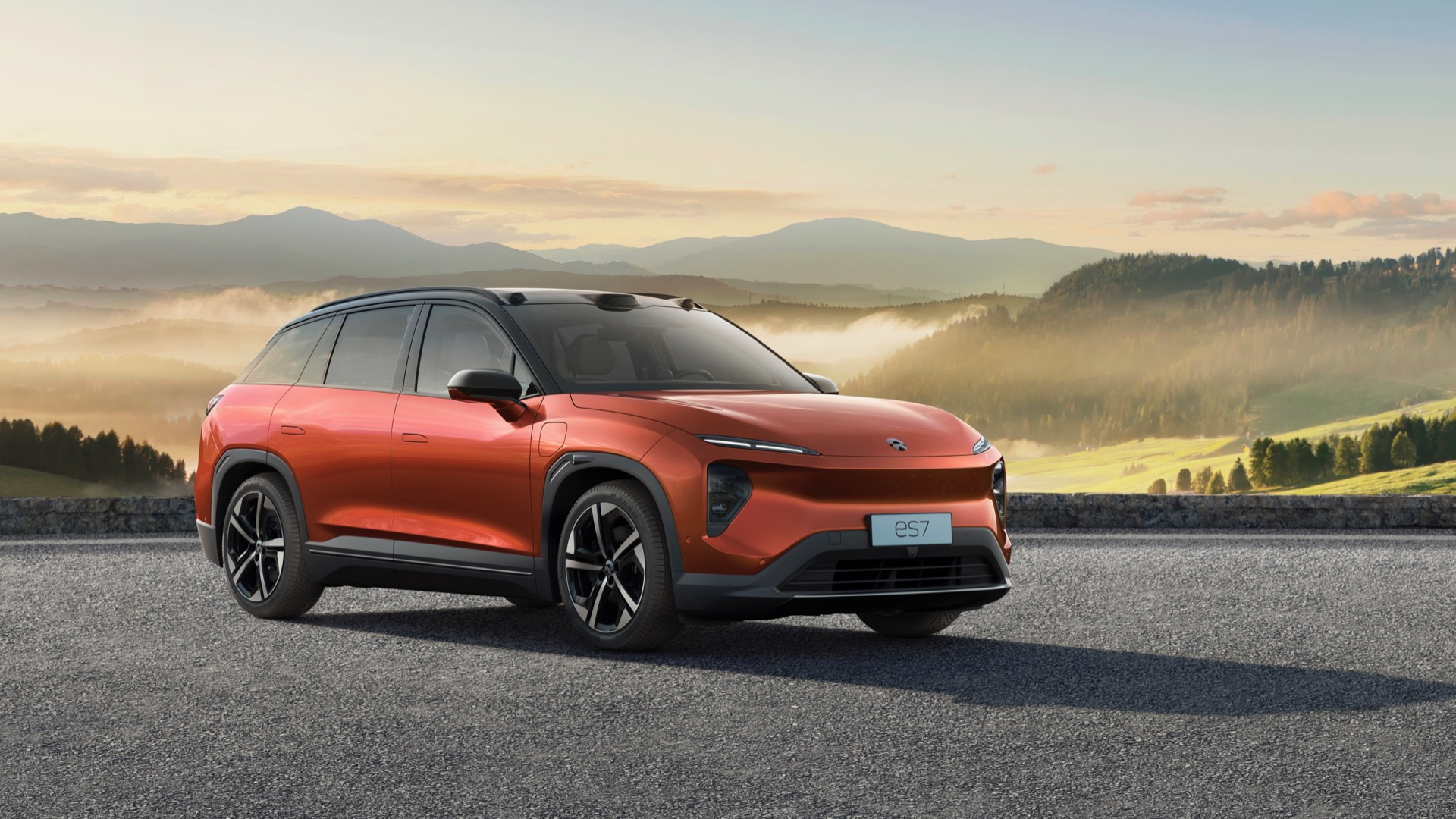 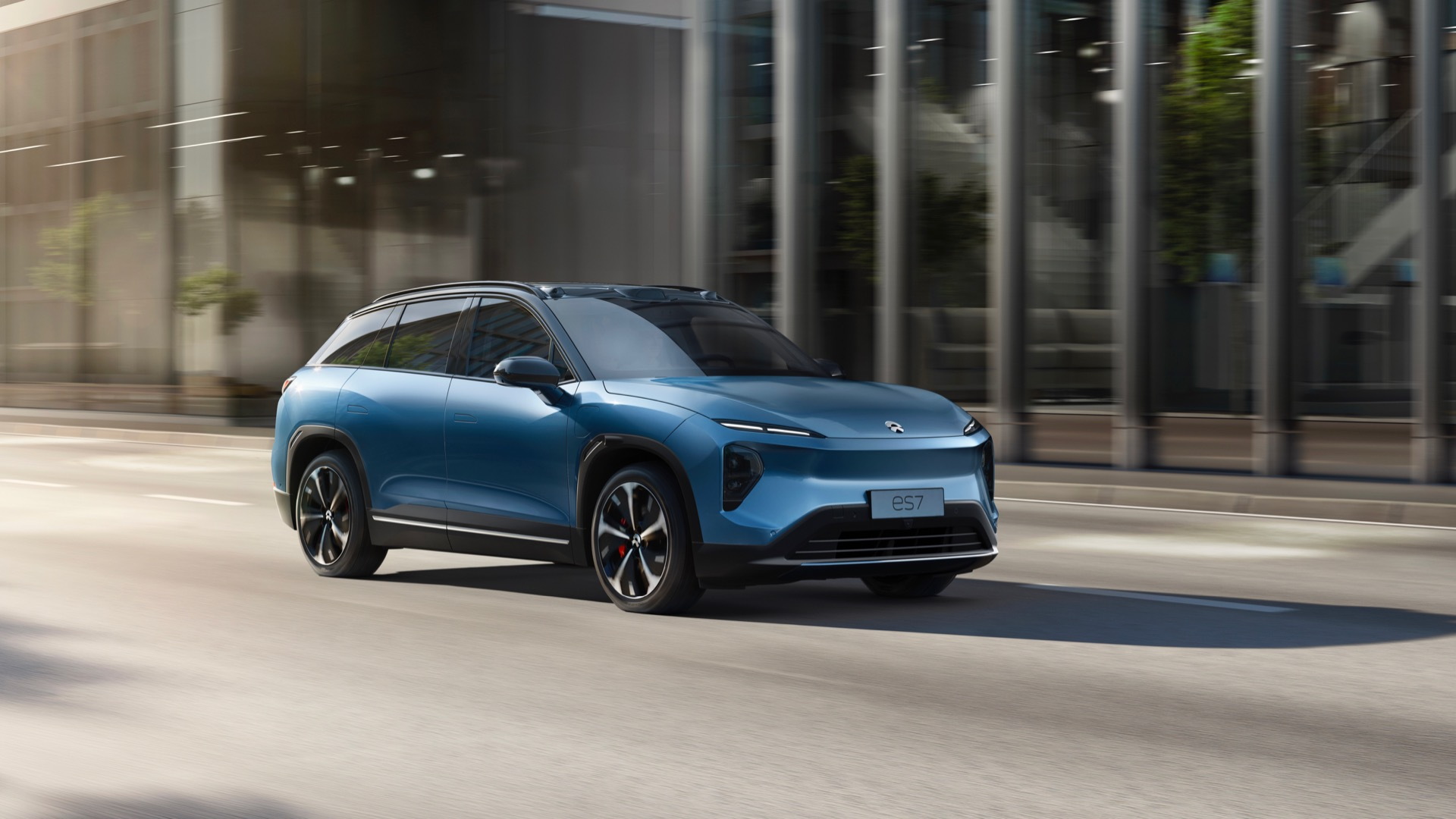 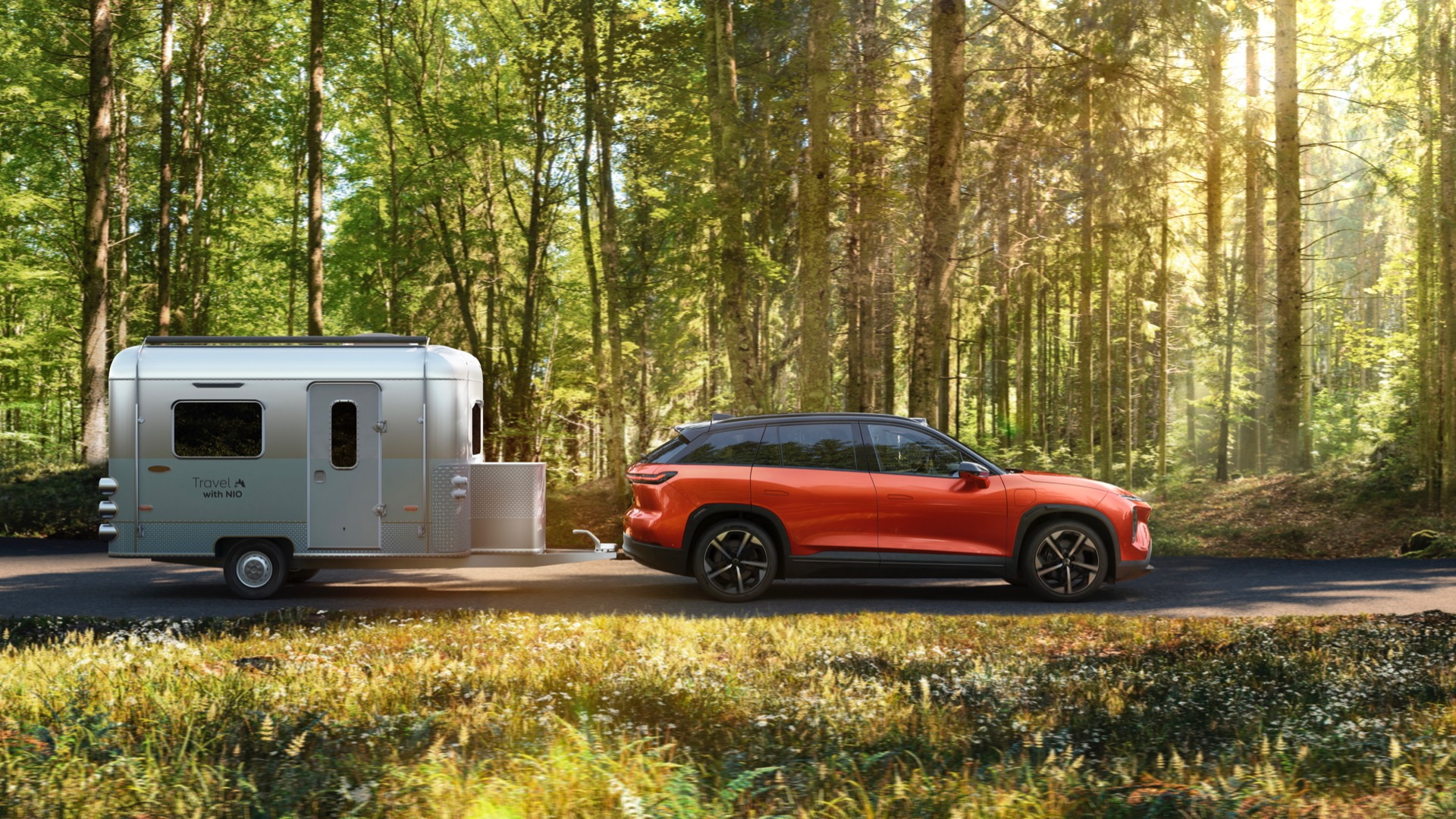 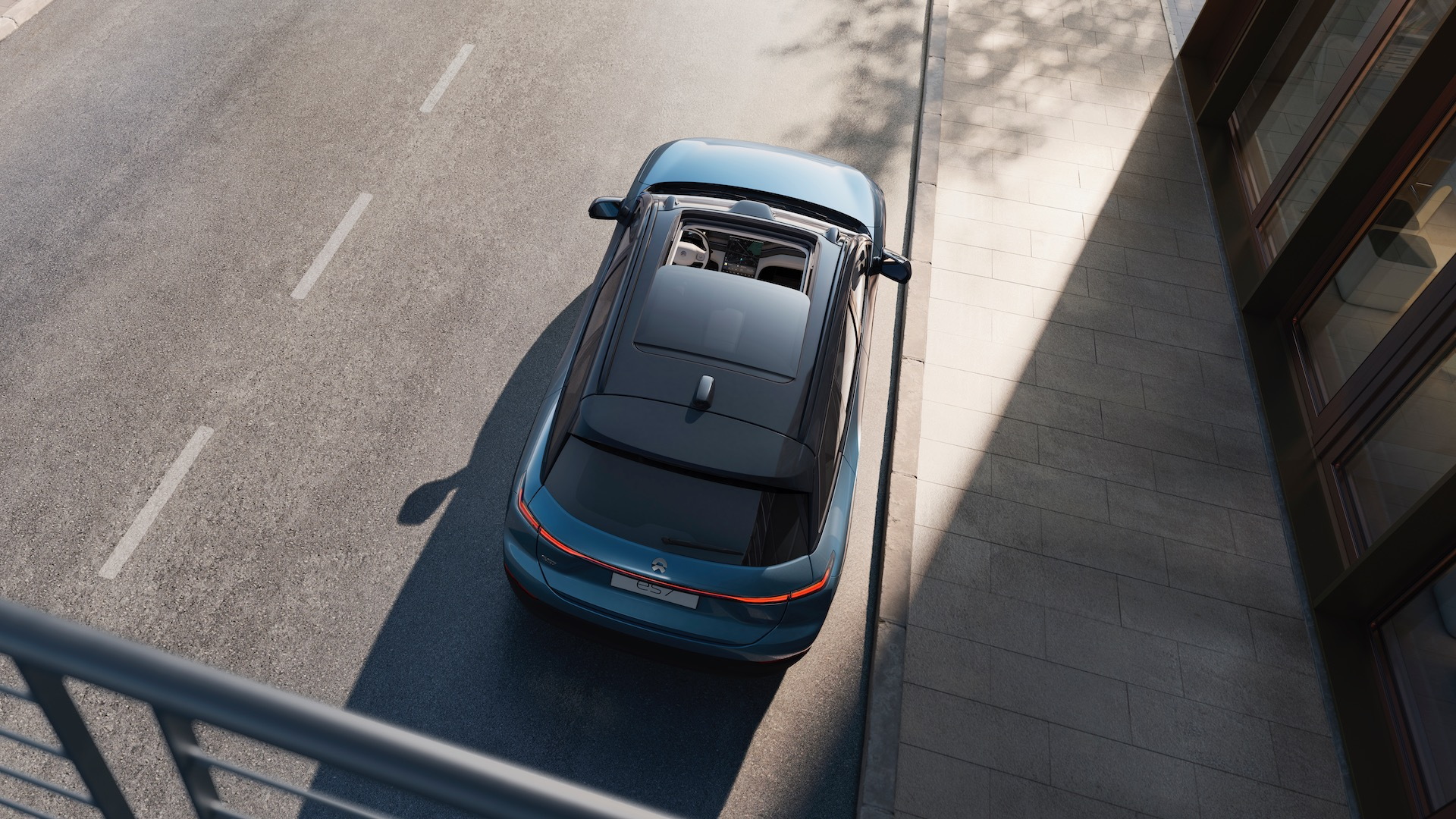 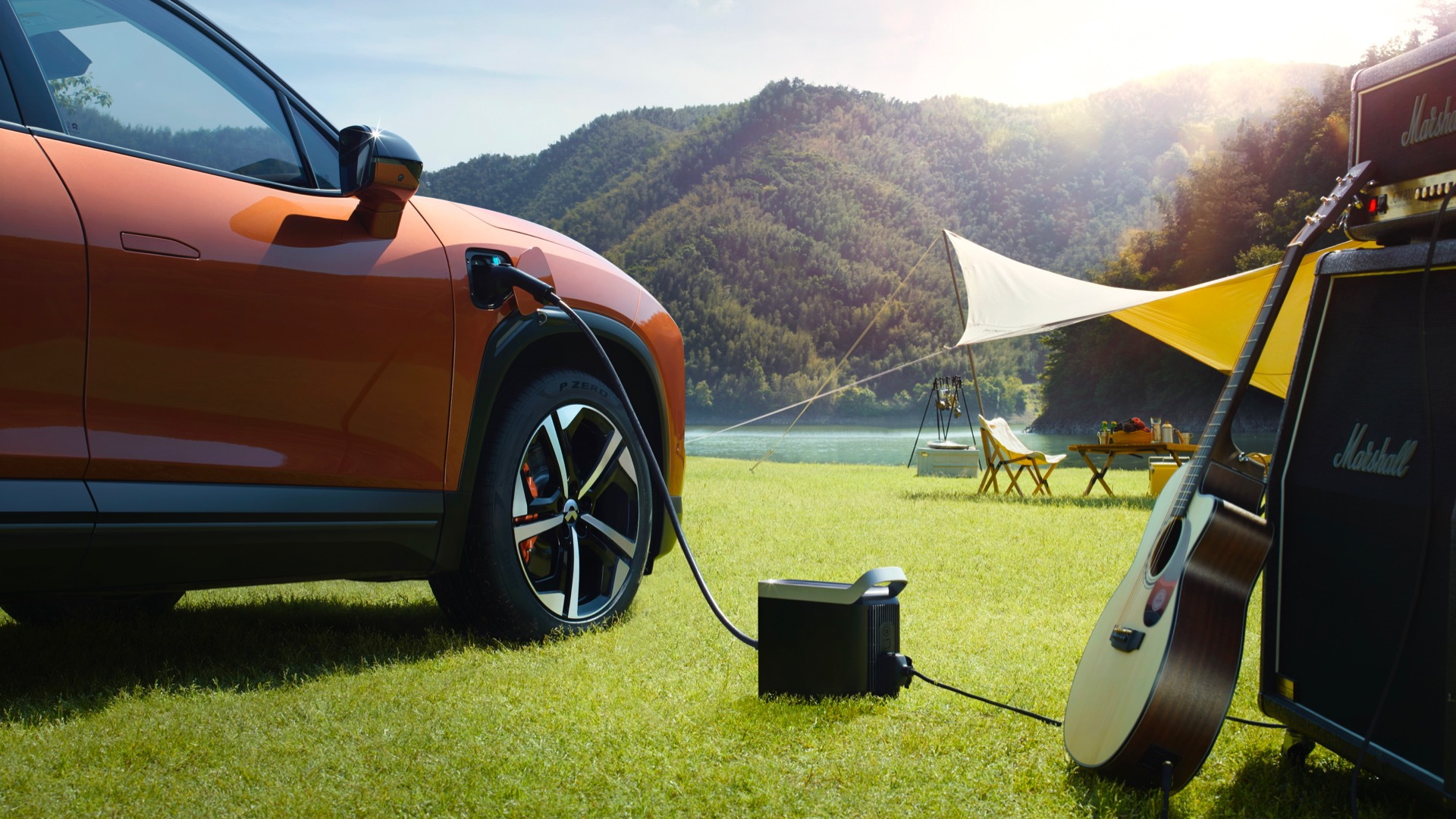 Nio on Wednesday the ES7 electric SUV, the first SUV based on the automaker's second-generation vehicle platform.

Somewhat larger than the Tesla Model Y, the five-seat ES7 also sports Nio's latest "Design for AD" design language. It appears to be more of an evolution of Nio's previous design language, however, here with prominent wheel-arch cladding to lend the ES7 some obligatory SUV ruggedness. Nio quotes a 0.26 coefficient of drag.

The ES7 can also do 0-62 mph in 3.9 seconds and tow up to 4,409 pounds using an optional power retractable tow bar, according to Nio. Bidirectional charging allows the ES7 to supply power to a trailer or campsite equipment, Nio said.

Nio envisions the ES7 as a "second living room," so the SUV boasts heated, ventilated, and massaging front seats and power-adjustable rear seats. A 71.4 Dolby Atmos surround-system and augmented-reality screens are available as well.

Chinese-market pricing starts at the equivalent of $69,700 (at current exchange rates) for the base 75-kwh version. Customers can also opt for a battery lease that lowers the base price to $59,300, and may qualify for subsidies as well. The 100-kwh model starts at $78,300 and an ES7 Premier Edition starts at $81,600.

Nio is currently taking pre-orders in China through its app, with deliveries scheduled to start August 28. European sales are expected to start next year.

Nio once had the U.S. in its sights as well, but difficulties in 2018 and 2019 sent the company pulling back. Since then it's focused on the user experience, plus a network of battery swapping stations combined with charging stations, and expanded model lineup.

The past year has brought a Tesla Model 3 rival in the form of the ET5 sedan, and the ET7 flagship sedan, the latter potentially offering solid-state battery tech. The company has also hinted that it might expand into smartphones as part of an overarching device ecosystem.

While U.S. sales still seem unlikely, Nio does maintain a presence here. It expanded its U.S. headquarters earlier this year, and it's widely seen as one of the Chinese automakers that could keep expanding and gaining on Tesla on a global stage.