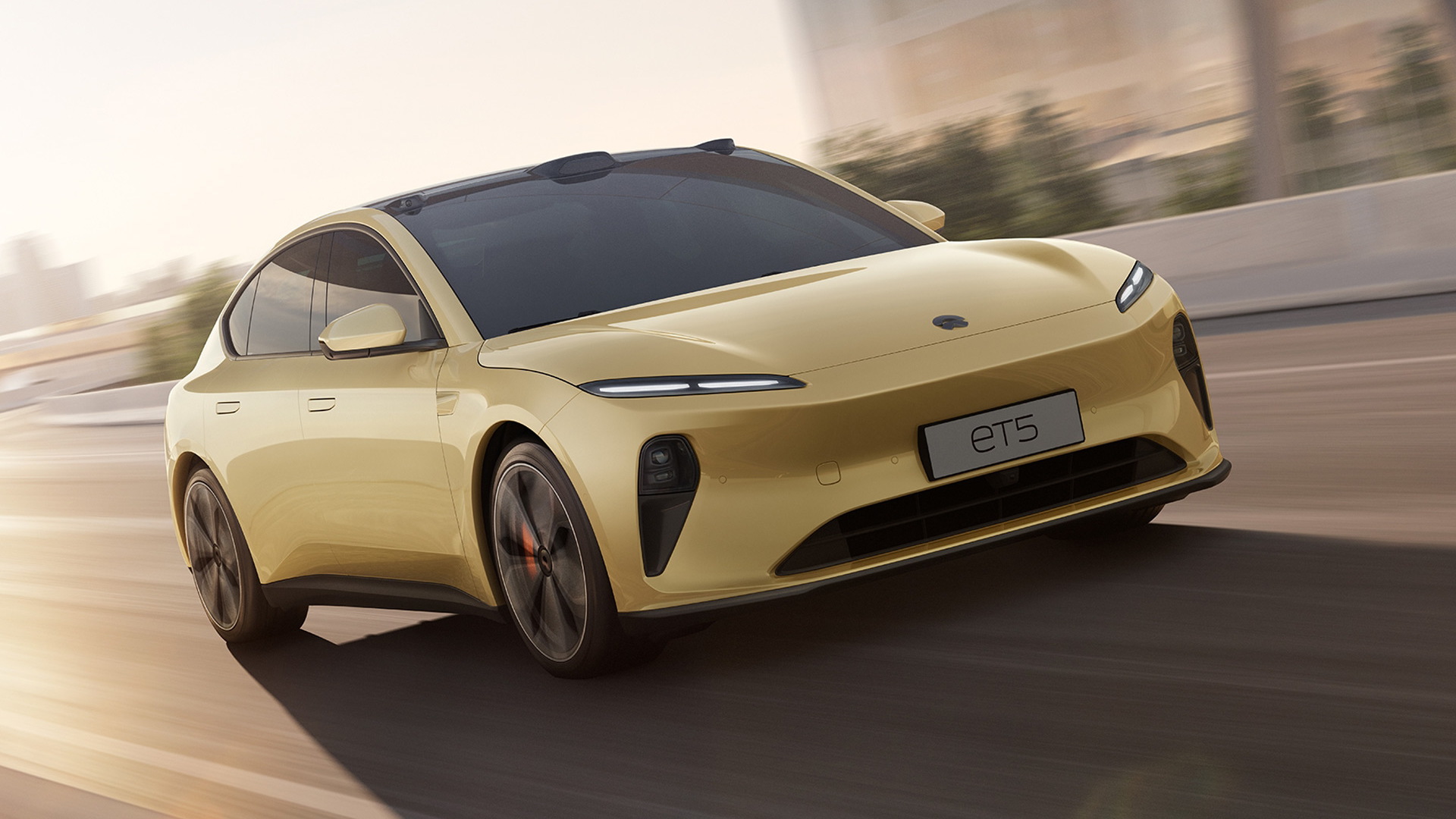 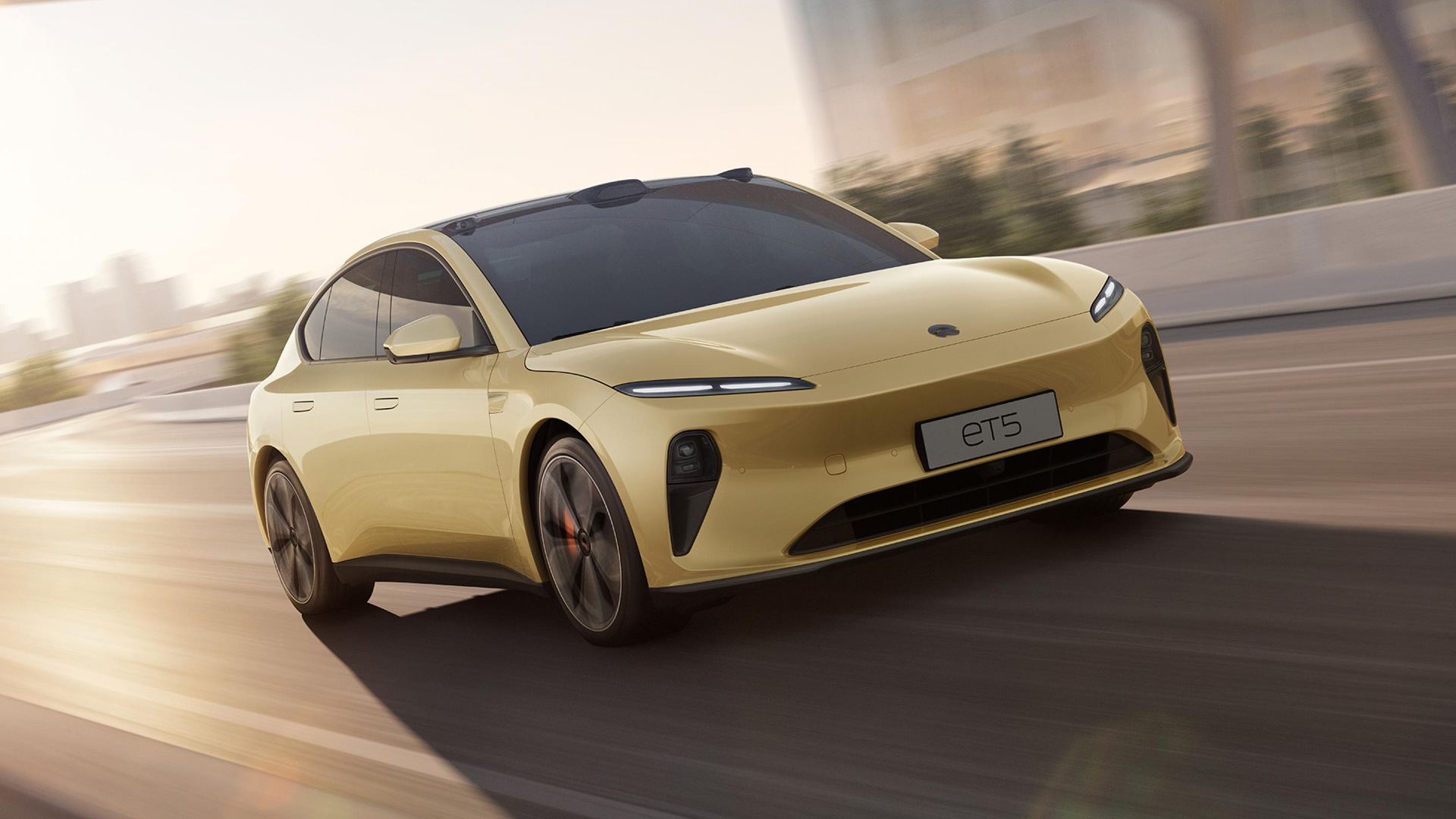 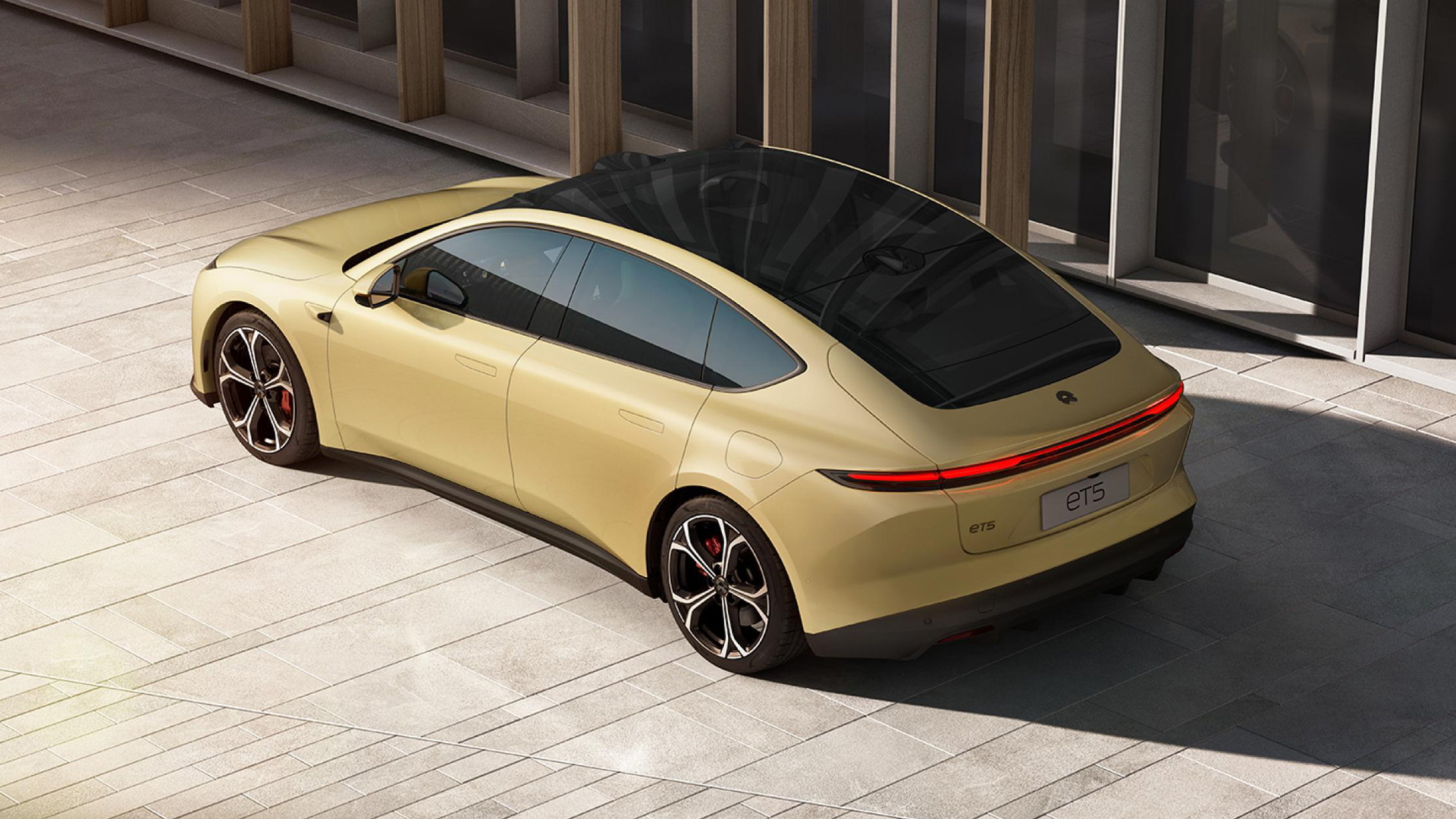 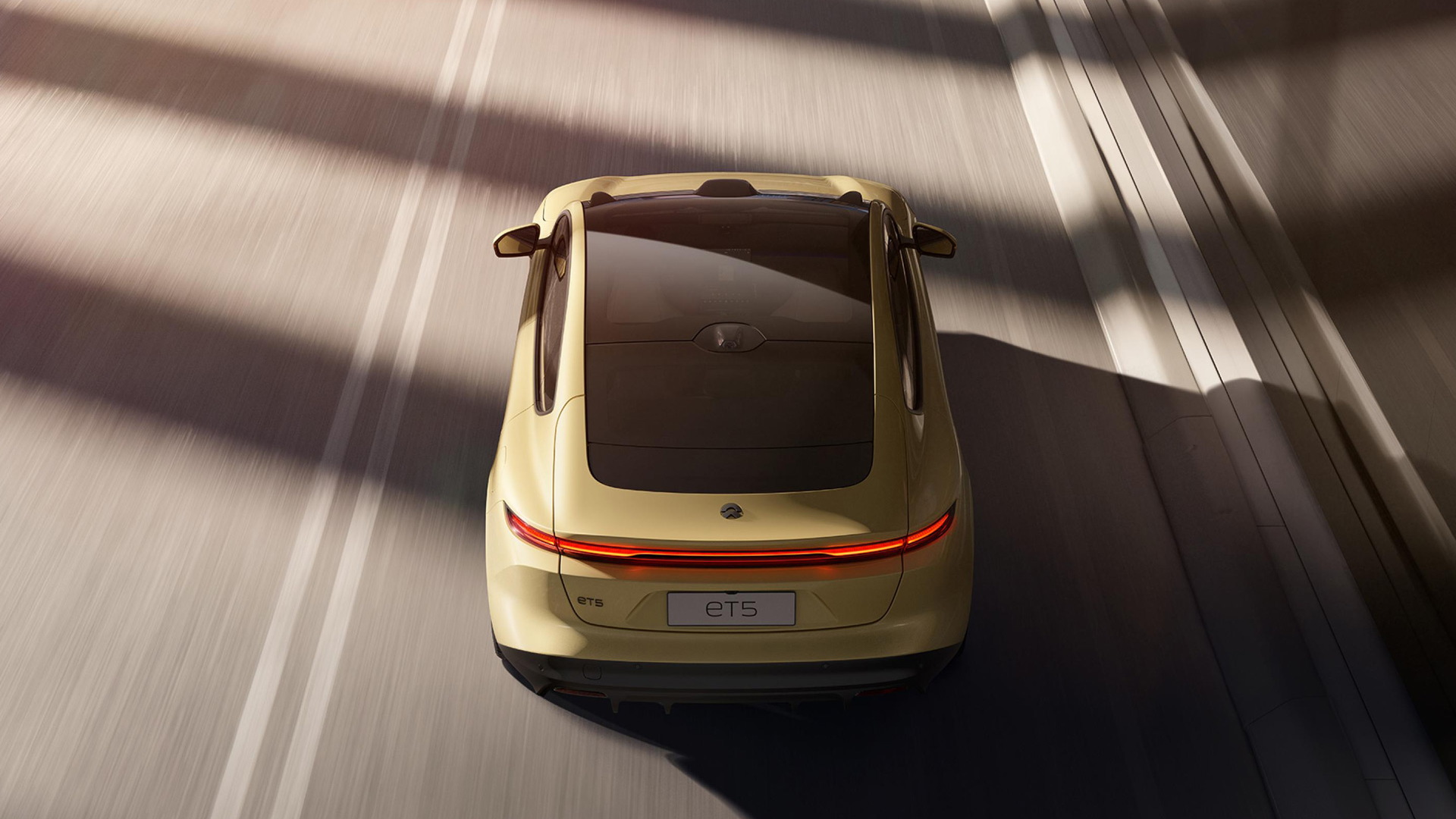 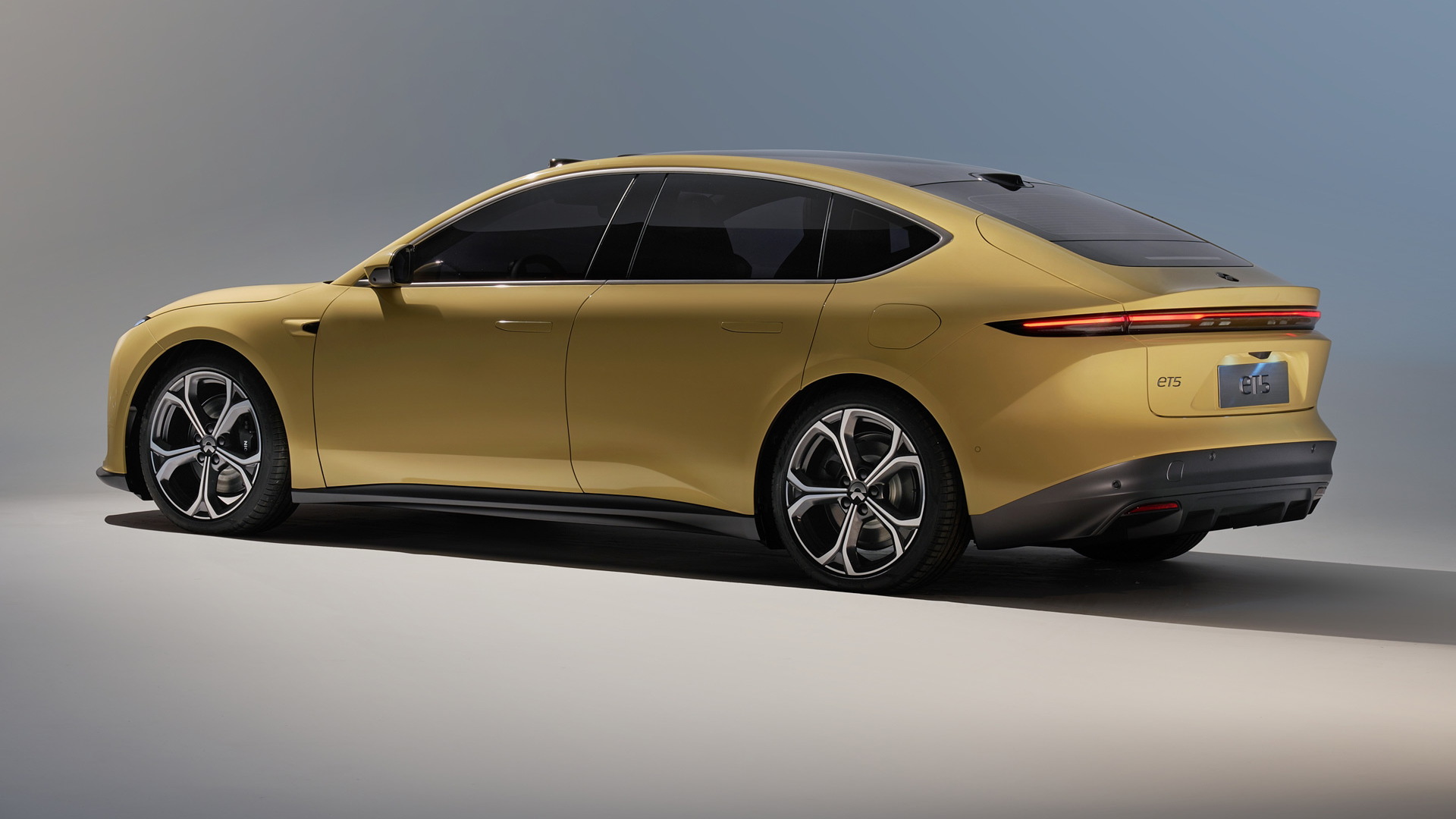 The Nio ET5 is the Chinese automaker's latest EV, and is shaping up to be a Tesla Model 3 rival in its home market.

Unveiled at the automaker's Nio Day event last week, the ET5 is a hatchback measuring 185 inches in length, meaning it's about the same size as the Model 3, which is also assembled in China for local distribution. The ET5 is scheduled to start deliveries in China in fall 2022.

The ET5 will launch with 75-kwh, 100-kwh, and 150-kwh battery pack options. The largest pack, dubbed the Ultralong, will allow for 600 miles of range on the Chinese testing cycle, according to Nio. That would likely translate to a lower number on the EPA testing cycle, however.

A dual-motor all-wheel drive powertrain generates 482 horsepower, which will get the ET5 from 0-60 mph in 4.3 seconds, according to Nio.

Nio claims the ET5 will ship with the sensors and computers for limited autonomous driving for highways, urban areas, and maneuvering into parking spaces and the company's battery swap stations. This feature will roll out at an unspecified future date as a monthly subscription service, the company said.

Pricing starts at 328,000 yuan (approximately $51,540) and buyers can get a 70,000 yuan ($10,985) discount if they choose Nio's battery subscription option. Nio has already shown the strength of this so-called Battery as a Service (BaaS) business model by offering a pack upgrade to those who go the BaaS route.

The automaker doesn't sell cars in the United States, but it launched in Norway earlier this year. Nio plans to expand to Germany, the Netherlands, Sweden, and Denmark in 2022, and wants to be established in 25 countries and regions by 2025, according to a company press release.

In addition to the ET5, Nio plans to launch the larger ET7 sedan in 2022 as well. It's current lineup also includes the EC6, ES6, and ES8 crossover SUVs. Its first production vehicle was the low-volume EP9 supercar.