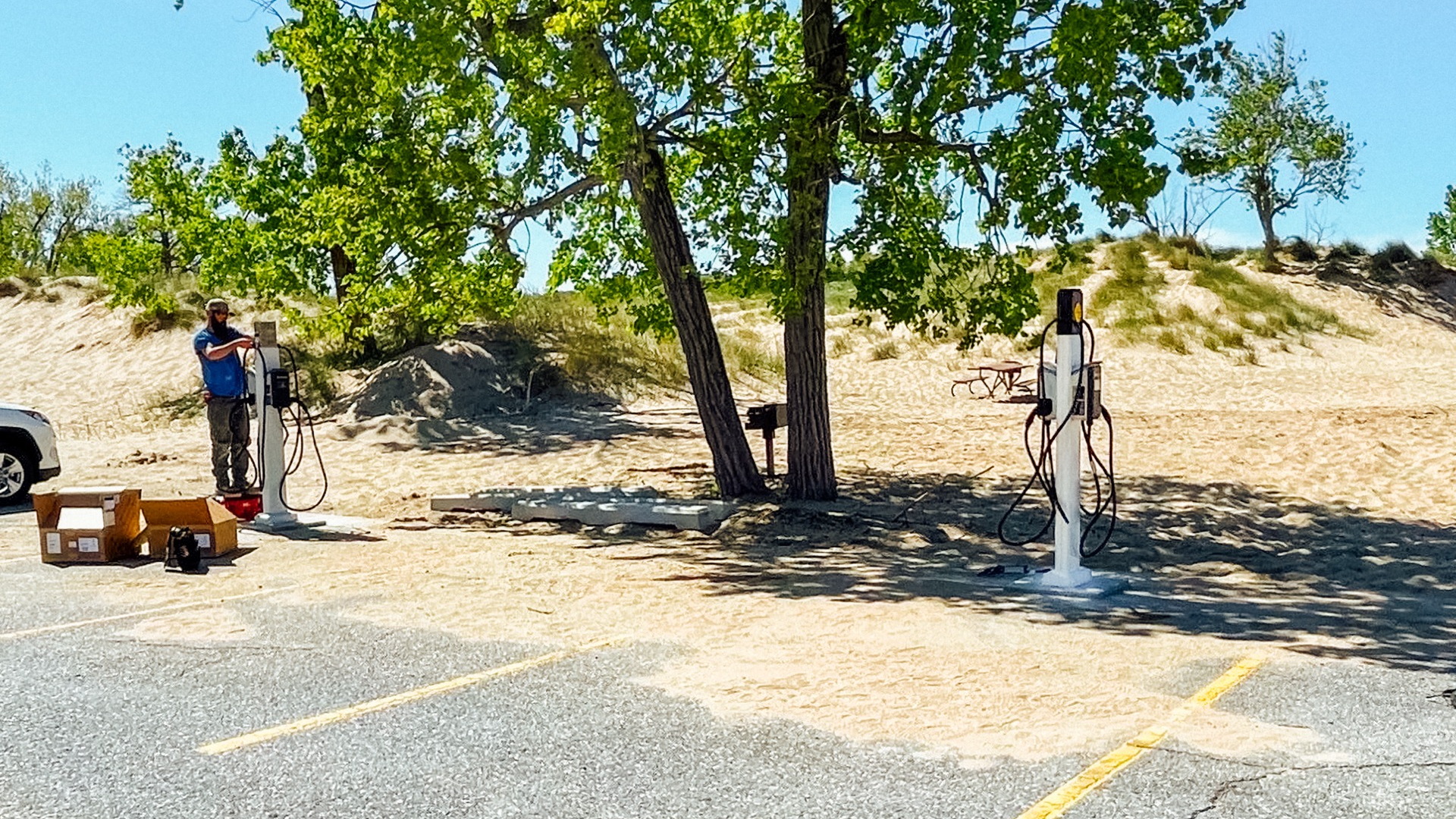 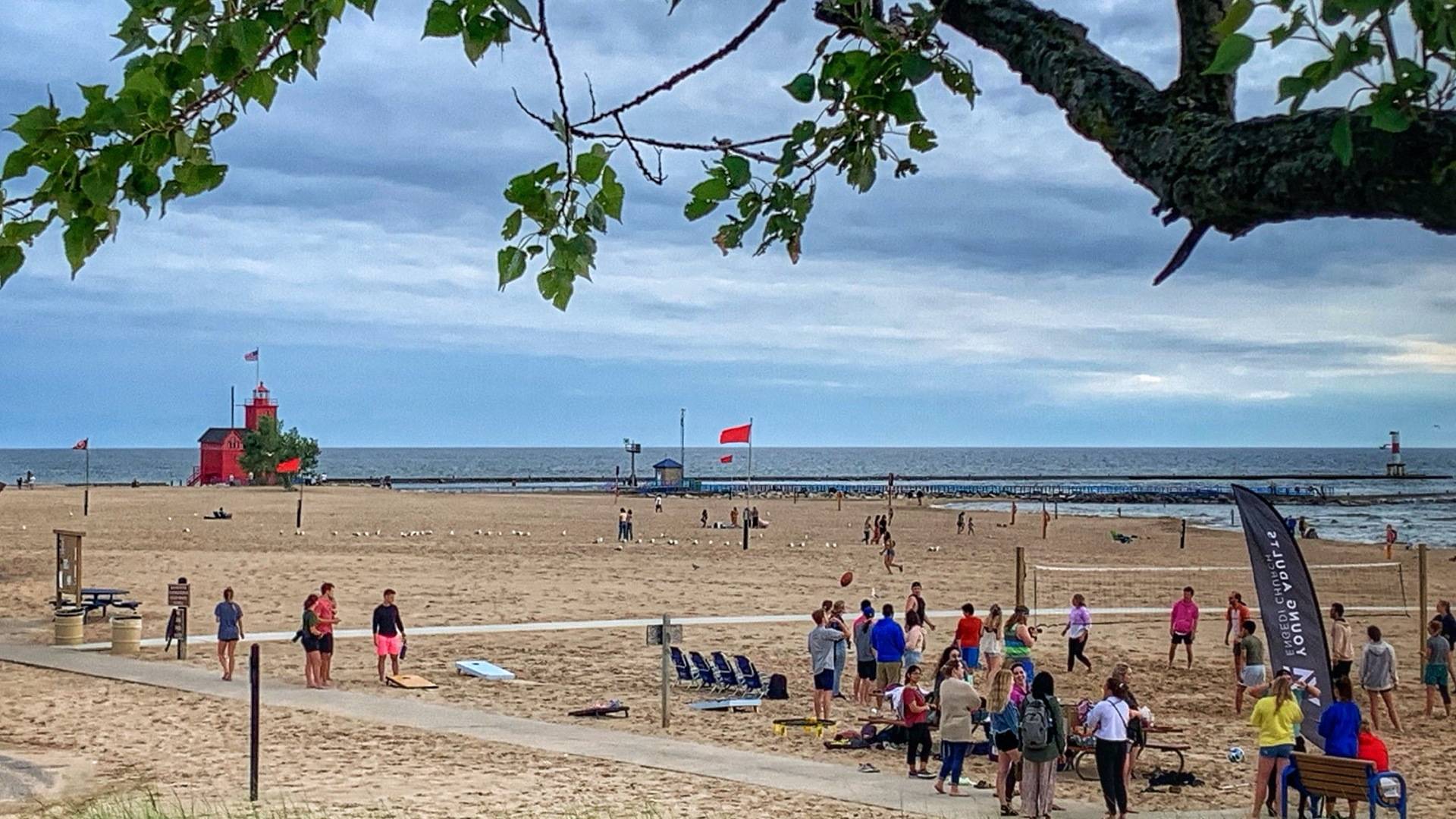 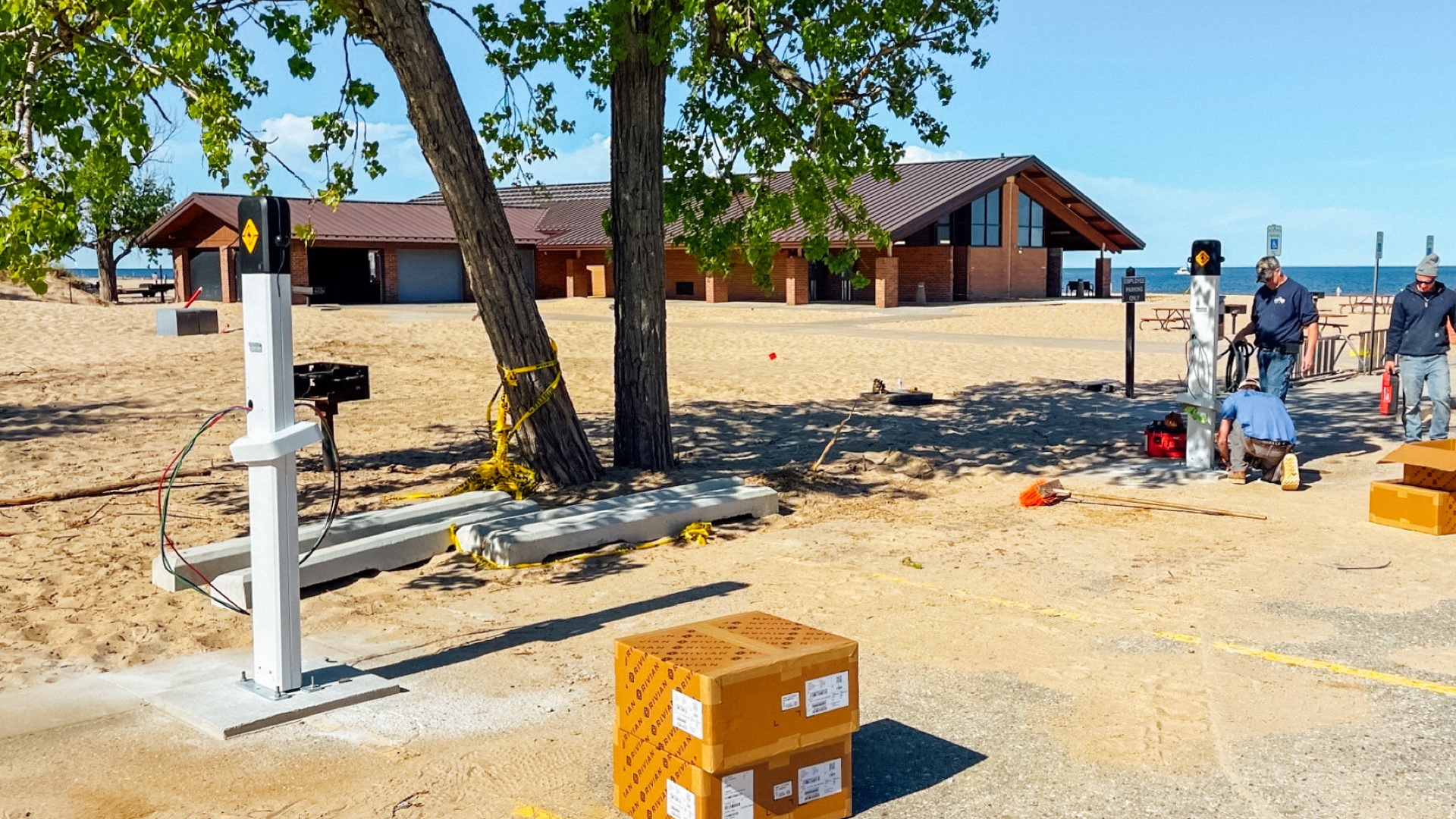 Do the electric vehicles or the chargers come first? While on the West Coast the chicken-or-the-egg dilemma was on the side of the chargers—with projects like the West Coast Electric Highway that warmed the public up to the idea more than a decade ago—the Great Lake State and traditional heart of the auto industry has waited until the arrival of a wider range of EVs before it put a wider-ranging plan into action.

The good thing is, they’re coming—the vehicles and the chargers. On Friday, Michigan celebrated the installation of the first of about 15 EV charging sites “over the next few years” at a series of state parks and a state fish hatchery.

The site, essentially on the Lake Michigan beach at Holland State Park, demonstrated its inaugural charge on a Rivian R1T pickup.

Rivian is providing “open-network” Rivian Waypoints chargers for this site and others at no cost, while the non-profit organization Adopt a Charger will be providing technical support and more. That sounds a bit like what Rivian has sponsored in providing charging at Yosemite and Golden Gate.

Like other Waypoints chargers, the unit is Level 2, which means you probably can’t count on these for serious road-trip charging—rather for adding some meaningful range over the course of a few hours as you enjoy the beach, or a hike. Rivian’s Waypoint units provide a maximum 11.5 kw and up to 25 miles of range per hour for the R1T electric pickup or R1S electric SUV, according to the electric truck maker.

The station will effectively be part of what the Lake Michigan EV Circuit announced last September. Governor Gretchen Whitmer’s office then, in a press release, called the circuit “the best new road-trip for EV owners in America,” noting a tourism emphasis and confirming that some of the other chargers along the way will offer DC fast-charging to fill the gap.

With an estimated total of 30 chargers to be installed in the project’s first phase—the state parks ones are a portion of that—the hope is to turn the region and route, which spans up Lake Michigan and inland, into an ecotourism destination. That might be more likely to attract EV drivers from Chicago, Milwaukee, and perhaps the Detroit area, without the range anxiety. In all it's about 900 miles to drive around the entire lake.

The idea could go regional, too—although it would require action soon. Last October, the governors of Michigan, Illinois, Indiana, Minnesota, and Wisconsin signed a memorandum of understanding to coordinate vehicle charging efforts—including provisions for charging medium- and heavy-duty trucks. Most of these surrounding states are in the early stages of planning their own EV charging networks—and, likely, watching to see if the tourism idea works.